This is the shocking moment a teenager jumps from a moving train into a canal in a stunt authorities have said is ‘a call to suicide’.

The hair-raising stunt on German capital’s U1 train system is similar to a scene in the Bourne Supremacy, the second film in the action series about a CIA assassin with no memory of his past.

The daredevil performed the reckless stunt in Berlin where the Matt Damon blockbusters were shot.

The video captures the moment the teen leapt from the roof of the yellow train before plunging 65-feet  (20m) into Berlin’s Landwehr Canal.

Footage shot by a friend shows him jumping while a GoPro on his head records him falling, and a third cameraman captures him entering the water.

The scenes were filmed near the Moeckernbruecke metro station on one of Berlin’s oldest stretches of train track, with much of the line running above ground along a viaduct.

The clip has been watched more than 110,000 times since being posted online.

Many have criticised the stunt – as another daredevil was previously killed on the same stretch of line.

Petra Reetz, a spokeswoman for Berlin’s public transport organisation BVG described it as ‘a call to suicide’. 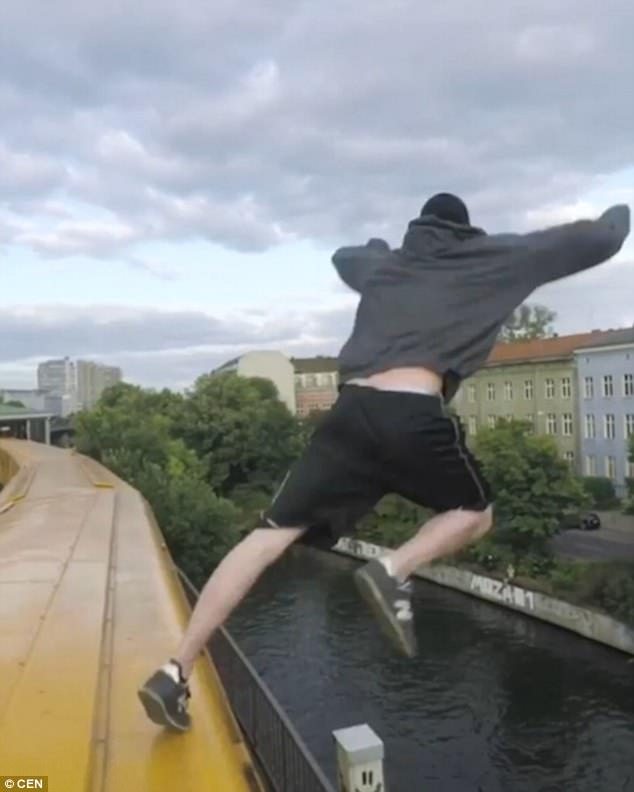 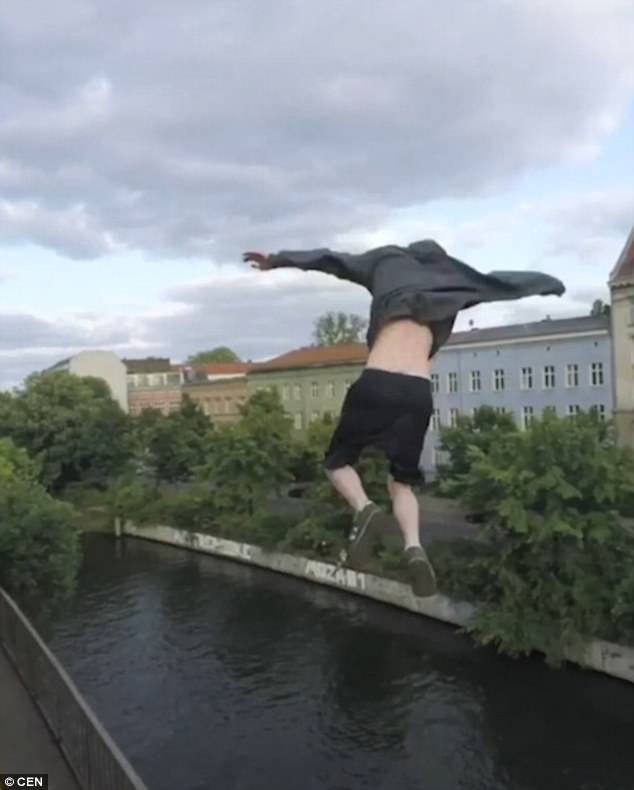 The train surfing trend emerged in the 1990s and involves riding the rooftop of train carriages.

It’s decreased in popularity largely as changes to train design means it’s no longer possible to open carriage doors while the train was moving.

But some adrenaline junkies still found a way in September 2016, a 22-year-old man died while he was train surfing on the same stretch of the Berlin metro. 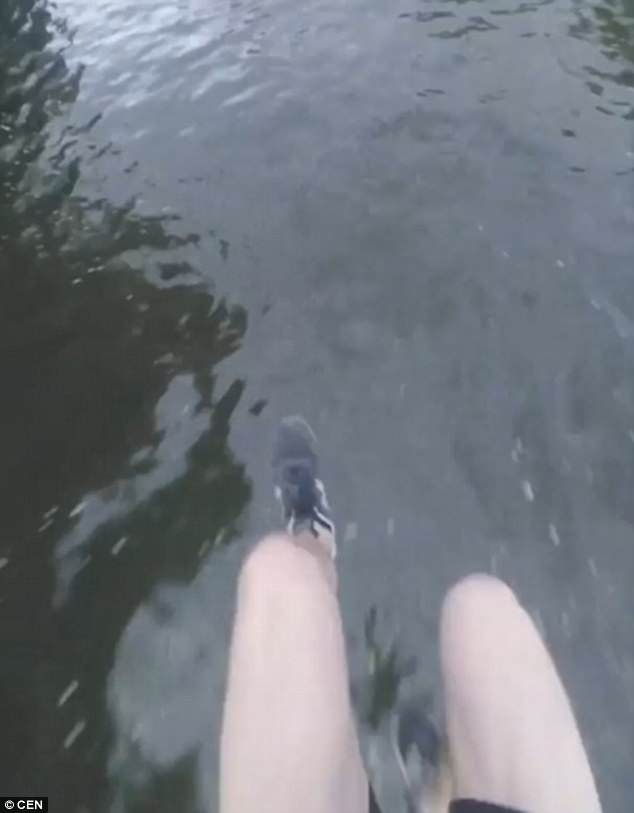 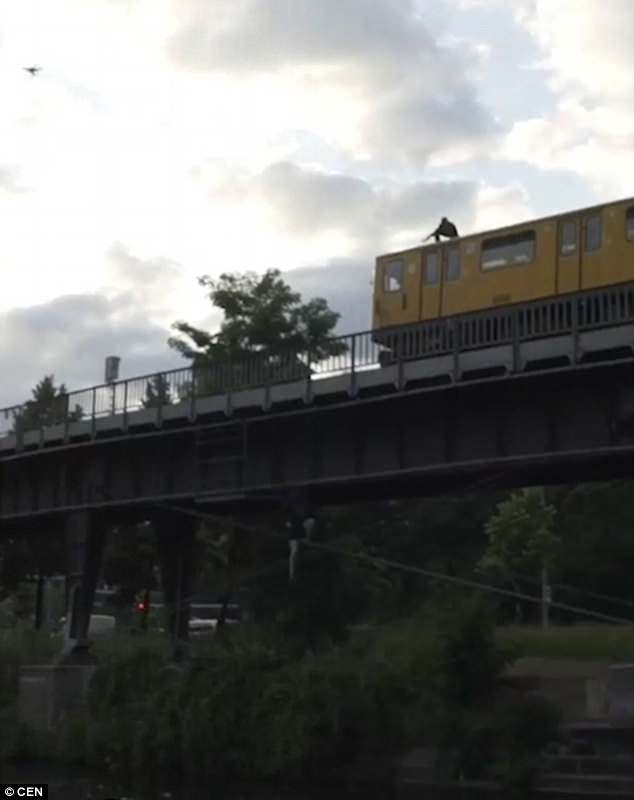 His body was discovered on the train roof at the Moeckernbruecke station.

According to the Berlin Police, the man died when he hit his head against a steal beam of a bridge.

The majority of the Bourne Supremacy, which came out in 2004, was shot around Berlin and the city’s train system features in some of the chase scenes. 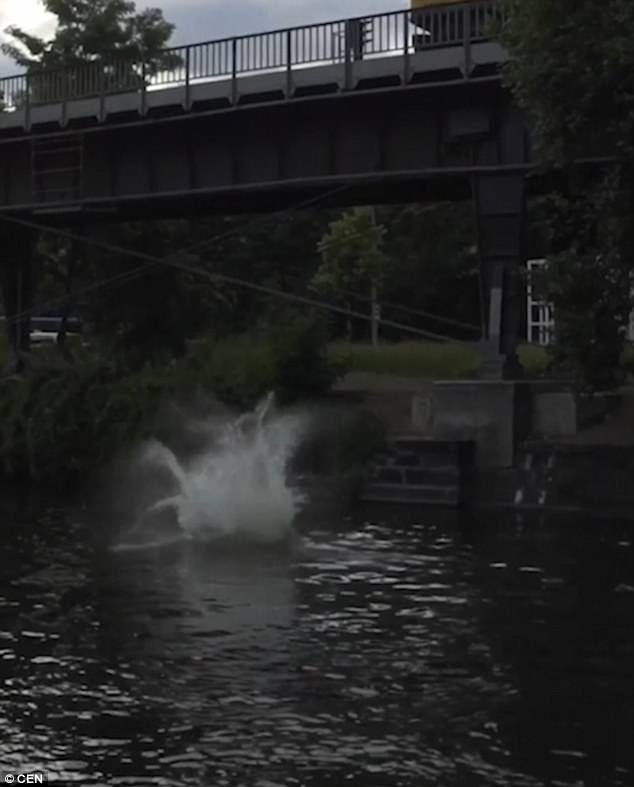 Splash! The daredevil hits the water after the death-defying stunt