Almost £1.7m was raised by British crematoriums last year through selling metal body parts left behind in furnaces, it has emerged.

Some 66 tonnes of ‘high grade’ metals like titanium used in hip and knee replacements were collected from 260 crematoriums signed up to a special but macabre recycling scheme.

Rather than bin or bury titanium plates, screws and even gold teeth that survive the 1,800F furnace, crematoriums started selling them to a recycling firm. 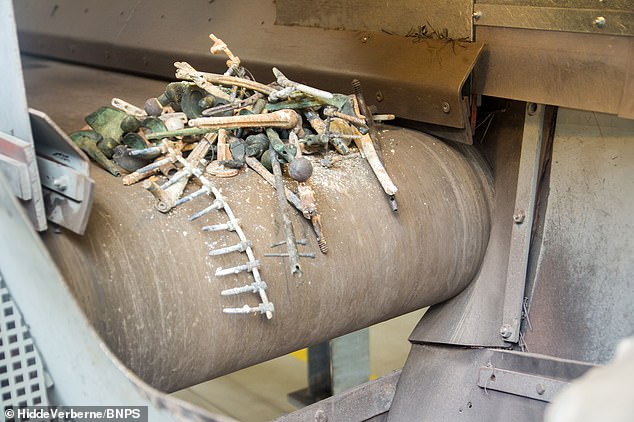 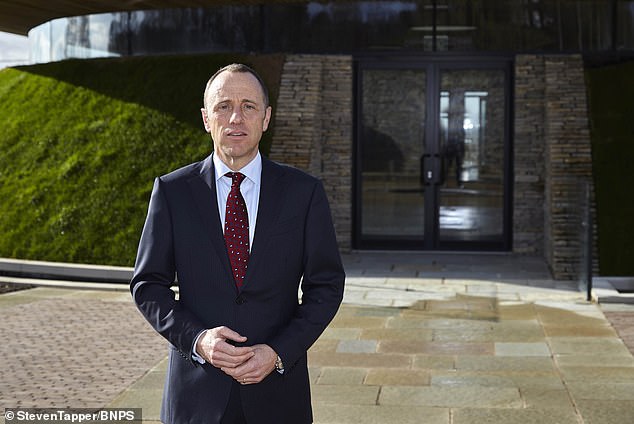 Steven Tapper, pictured, of the Harbour View Crematorium in Poole said relatives give permission for the precious metals to be recovered with the proceeds given to charity 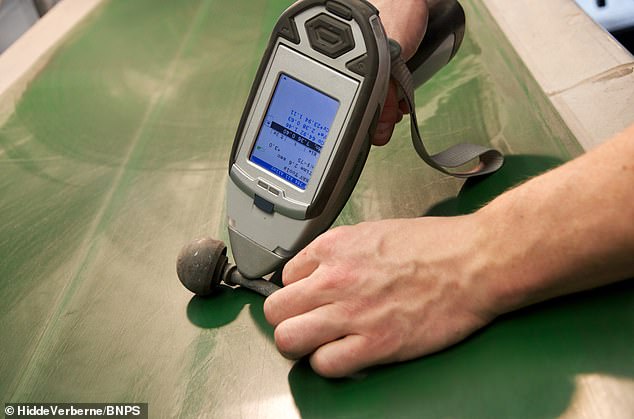 The metals are collected twice a year by Dutch firm OrthoMetals who sort them according to value. The recycled metal can be used in the aircraft and motor manufacturing industries

The scheme has now raised £6.6million since its launch in – with all proceeds going to bereavement charities.

The 145,500lbs of metal collected in 2018 is a record and with people living longer and having more artificial joints along the way, the amount is likely to rise year on year.

Grieving families give their consent for the metals to be removed and recycled after cremation.

The material is collected twice a year by Dutch firm OrthoMetals who separate the higher grade titanium and cobalt from the other less valuable types.

They are later melted down and sold on to be used in the aircraft and car industries, with some being re-used in the making of road signs.

Stephen Tapper, of Harbour View crematorium in Poole, Dorset, which is signed up to the scheme, said: ‘We collect a significant quantity and volume of metals over the course of a year – it is hard to pinpoint an exact figure but it’s many kilos. 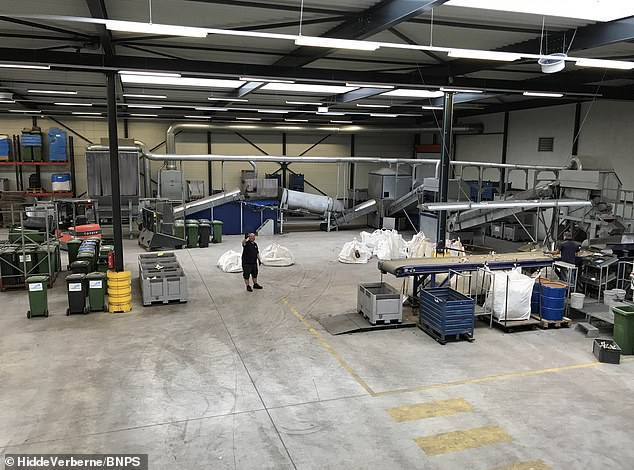 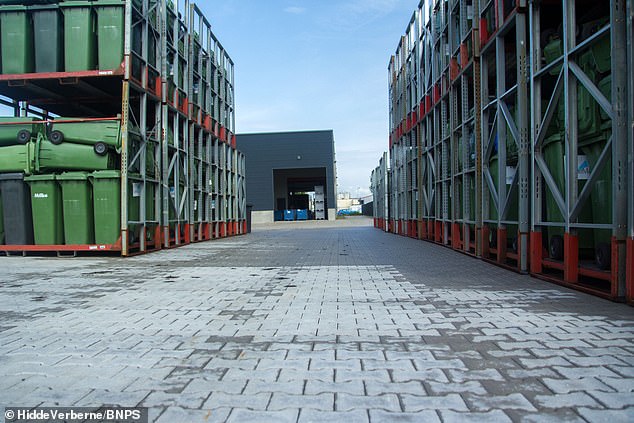 ‘A specialist company from Holland comes over here to collect the metals and they are separated and recycled, with the titanium extracted being re-used for artificial joints.

‘The amount of metals recovered is only going to keep increasing as people are living longer and getting artificial joints.

‘I think of my father as one example – I call him a bionic man! All his golfing chums have had artificial hips inserted and other procedures.

‘Last year we raised £5,200 from recycling metals but all that money goes to local bereavement charities.’

The scheme is run by the Institute of Cemetery and Crematorium Management.

Julie Dunk, chief executive of the institute, said it was preferable from an environmental perspective to recycle the metals over burying them in the ground at the crematoriums as was standard procedure.

She added that the recovery of the metals is only done with the permission of a close relative or executor who sign a waiver before the body is cremated.

She said: ‘We launched the Metals Recycling Scheme a number of years ago and the majority of crematoriums in the country are signed up.

‘Families when arranging a funeral agree the metal that is recovered can be recycled and the funds raised will go to a local bereavement charity.

‘This scheme raises money for charity and from an environmental point of view it is much better to recycle metals than bury them in the ground.

‘It prevents metal being buried or otherwise disposed of as waste and can help bereaved families to know that the metal helps ecological and charitable causes.’

Hidde Verberne, of OrthoMetals, predicted the amount of metals recovered will keep increasing for the next 15 years, before declining after that due to the advance in stem cell technology.

He said: ‘The number of kilos will increase for sure and this is expected for the next 10 to 15 years.

‘After the babyboom generation a decrease is expected.

‘Also the technology on how implants are made will change, with 3D printing, stem cell technology and use of ceramics.

‘It is important to recycle all the materials we can.

‘After a cremation high grade metals remain and also the money is spent on bereavement charities, which benefits local communities.’