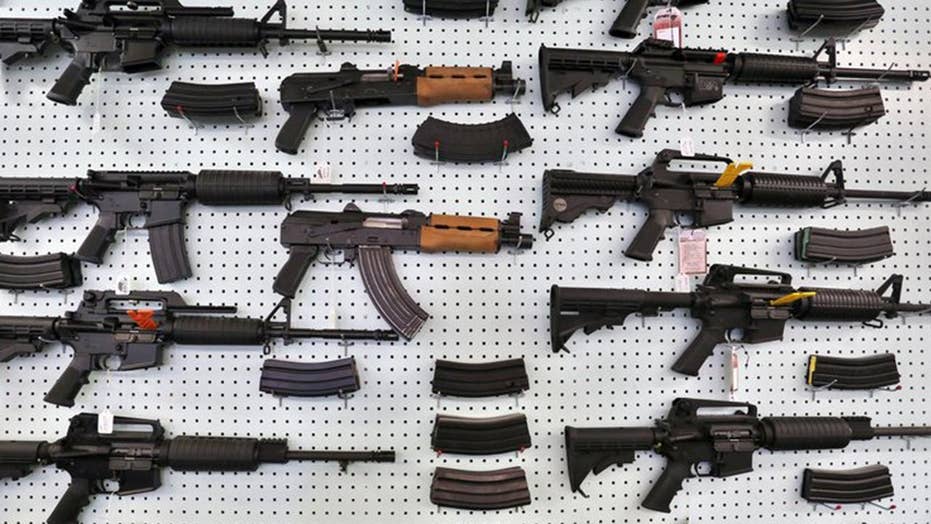 Legislation allows guns to be confiscated from individuals deemed a risk to themselves or others. ‘Fox News @ Night’ political panel reacts.

Prosecutors in Washington are demanding that minors be covered by the state's “red flag” law, which allows for guns to be seized with a court order, according to a report.

State law is silent on whether a judge can issue an Extreme Risk Protection Order, or ERPO, in the case of a minor, but there is a move now to change that, KIRO-TV reports.

Police and family can apply for the order to seize the guns of persons deemed a threat to themselves or others, even if no crime was committed. The orders are temporary.

“We’ve had that issue come up multiple times, and we’ve been asked around the state by other law enforcement agencies that are struggling with the same issue. To date, I don’t know of any that have been filed yet against juveniles, but we have one particular case where we are making that recommendation to law enforcement right now,” Wyatt said.

She said the case involves an 18-year-old charged with a crime whose father owns guns but who refuses to tell cops where they are still being kept in the home.

“We would file the ERPO against the juvenile because the father has access to firearms in the home, and the father is not being cooperative with law enforcement to confirm that the firearms are out of the home,” Wyatt said.

The panel of police, mental health experts, school shooting survivors, the ACLU, and others was created to develop strategies for preventing mass shootings.

“There appears to be a legitimate question of whether or not ERPOs can be sought against a juvenile who does not have the legal right to own firearms under Washington law, but does have the right to access and possess firearms under certain circumstances,” the task force said.