A girls’ basketball game in Indiana was marred by violence when a referee has gotten into an altercation with a spectator and a player, and was body-slammed on the court.

The incident took place at the Pacers Athletic Center in Westfield last weekend and was caught on video, which has since gone viral on social media.

The venue was hosting the Prime Midwest Event for youth teams, in which Baylor Basketball played against Indiana Elite. 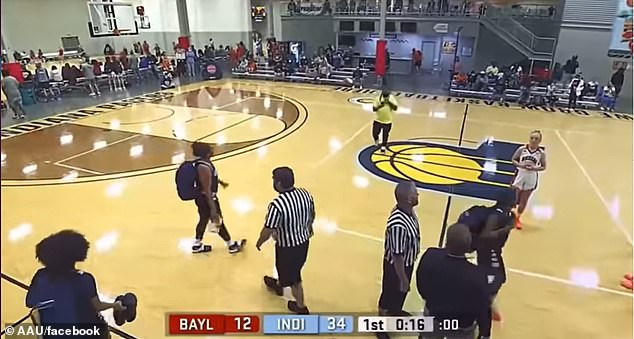 A fight erupted during the Prime Midwest Event at Pacers Athletic Center in Westfield, Indiana, after a referee (pictured with grey hair) called a foul 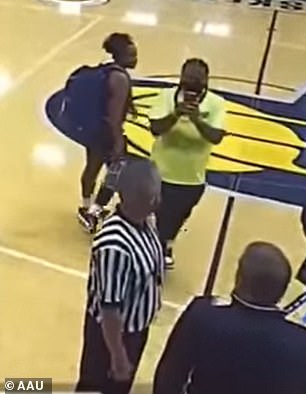 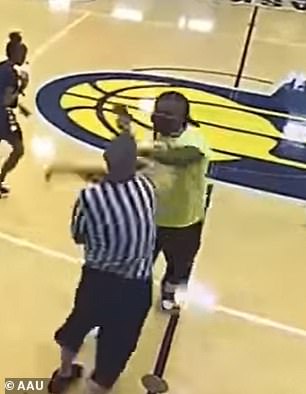 Video documenting the incident shows a man in a yellow shirt walk up to the referee and begin videotaping him. The referee slaps the phone out of the man’s hands 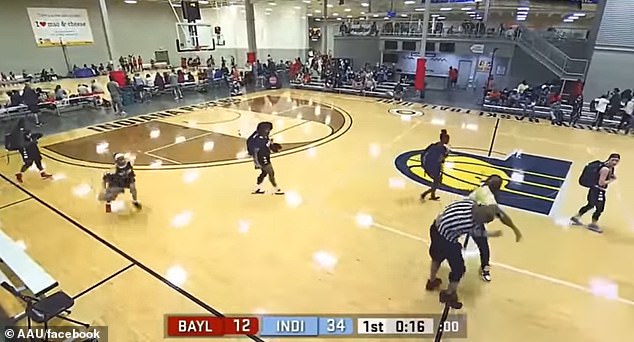 The spectator in the yellow shirt punches the referee, at which point a player from Baylor Basketball drops her bag and runs over

The game was nearing the end of the first quarter, with Elite leading Baylor 34-12, when a referee called a technical foul on Baylor, reported The Indianapolis Star.

As video from the event shows, Baylor’s coach picked up her bag and headed for the exit, followed by her players.

Things came to a head when a male spectator in a bright-yellow T-shirt made his way onto the court and began videotaping the referee with his phone.

It is not clear from the footage whether the spectator said something to the referee before he forcefully slapped the man’s phone out of his hand.

The spectator reacted by taking a swing at the referee, before a player from Baylor, who was getting ready to leave, dropped her bag, ran up to the ref and attempted to hit him.

The powerfully built man pushed the girl’s arm away, prompting her to stagger backward, but then the spectator punched him.

Another person then jumped into the fracas, as others attempted to separate and pacify the brawlers.

Moments later, the spectator in the yellow shirt lifted the referee clear off the floor, flipped him over and slammed him down.

As the referee was laying on the court, the female Baylor player who earlier attacked him proceeded to punch him. 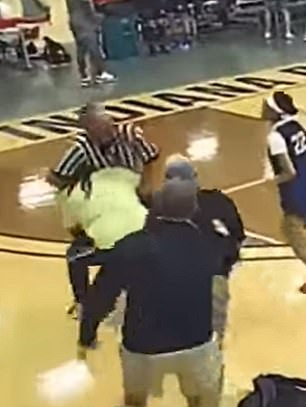 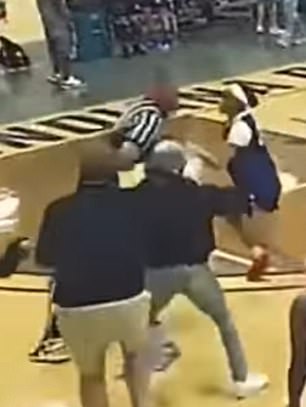 The first spectator picked the referee off the ground, flips him over and slams him onto the basketball court 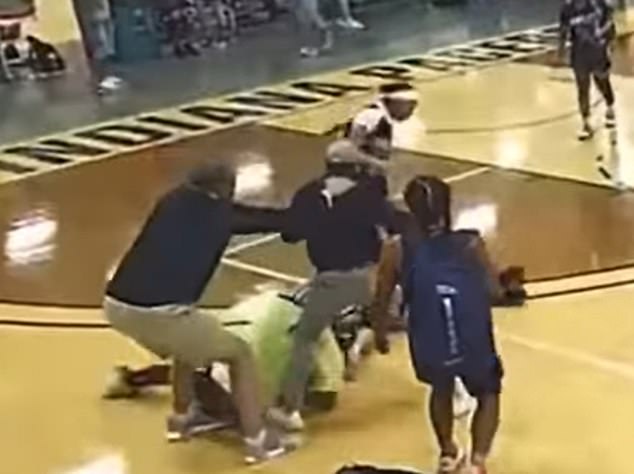 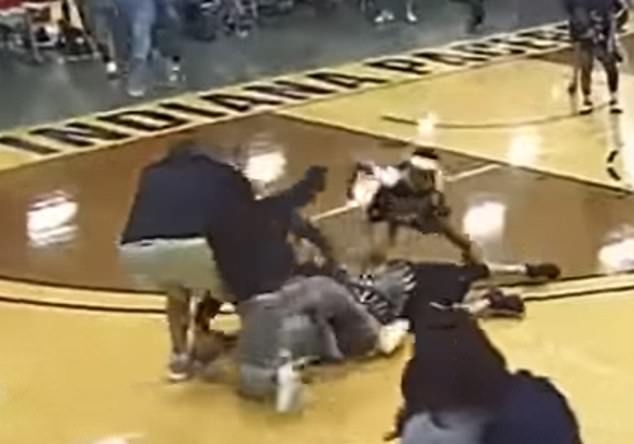 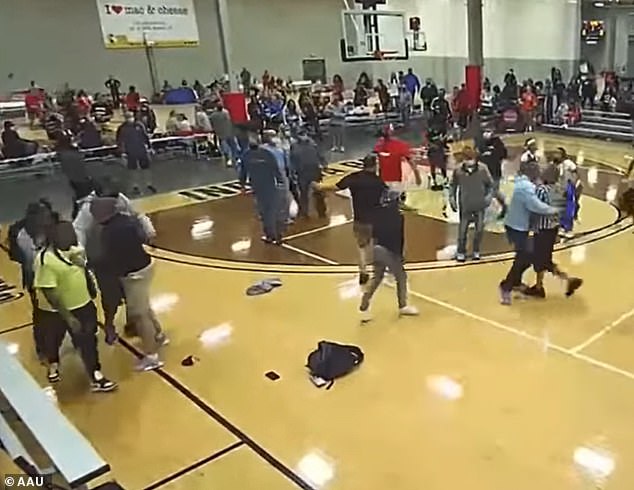 After the referee is helped up, he is led off the court, while spectators are seen holding back his attacker in yellow

After the referee was helped to his feet, a man led him away, while other people held back the spectator who body-slammed him.

The Westfield Police Department told The Indianapolis Star, which first reported on the story, that the agency was looking into the incident. It is unclear if any charges have been filed in connection with the brawl.

DailyMail.com on Friday reached out to the management of the arena for comment on the referee’s condition and was awaiting a response.

In an earlier statement to The Indianapolis Star, officials at the venue said: ‘we are disappointed that this altercation happened, as we strive to provide a great experience for families.’