Rejected asylum seeker ‘murders father, 85, of refugee worker who got him a job helping her parent around the home’ in Germany

A 20-year-old Afghan man has been arrested over the murder of an 85-year-old pensioner in north Germany.

Dietrich P. was found dead with his throat slit in his home in Wittenburg, Mecklenburg-West Pomerania in the early hours of Saturday.

The suspect had been hired by Dietrich P.’s daughter, a refugee aid worker, to carry out some work at the house, including gardening and cleaning, over the weekend. 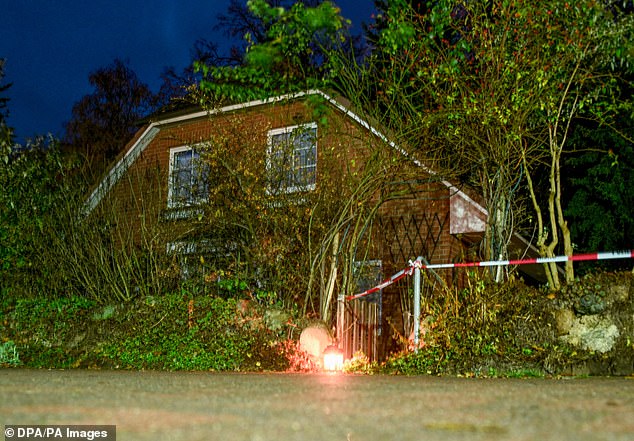 Attack: Dietrich P. was found with his throat slit in his home in Wittenburg, north Germany, on Saturday, where the Afghan man had been hired to help out with gardening and cleaning

Dietrich P. had needed daily assistance following the death of his wife in 2012, and in August last year, the 20-year-old suspect had spent a week working as his carer.

The 85-year-old was attacked in his bed around 2am on Saturday morning, according to a police statement.

The murder was witnessed by a home care service worker via a video baby monitor which had been set up to help keep an eye on the elderly man, Bild reports.

The cries of the 85-year-old woke the carer, who called emergency services when they saw the attack. 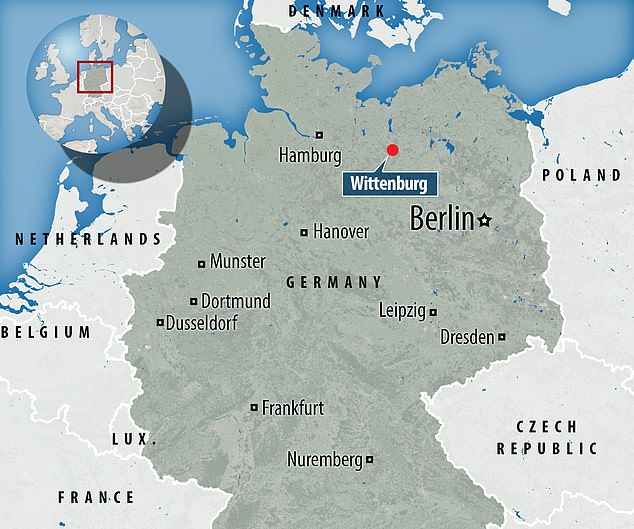 Killing: The incident took place in the town of Wittenburg, in northeast Germany

The 20-year-old man fled the scene in the victim’s car, but could eventually be caught by police and taken into custody.

German media reports that the Afghan man’s asylum application had been rejected, and that he was due to be deported in January next year.

Police said in a statement on Sunday that the reason for the attack is not yet clear, as nothing was stolen from the house and they have ruled out a political or religious motive.