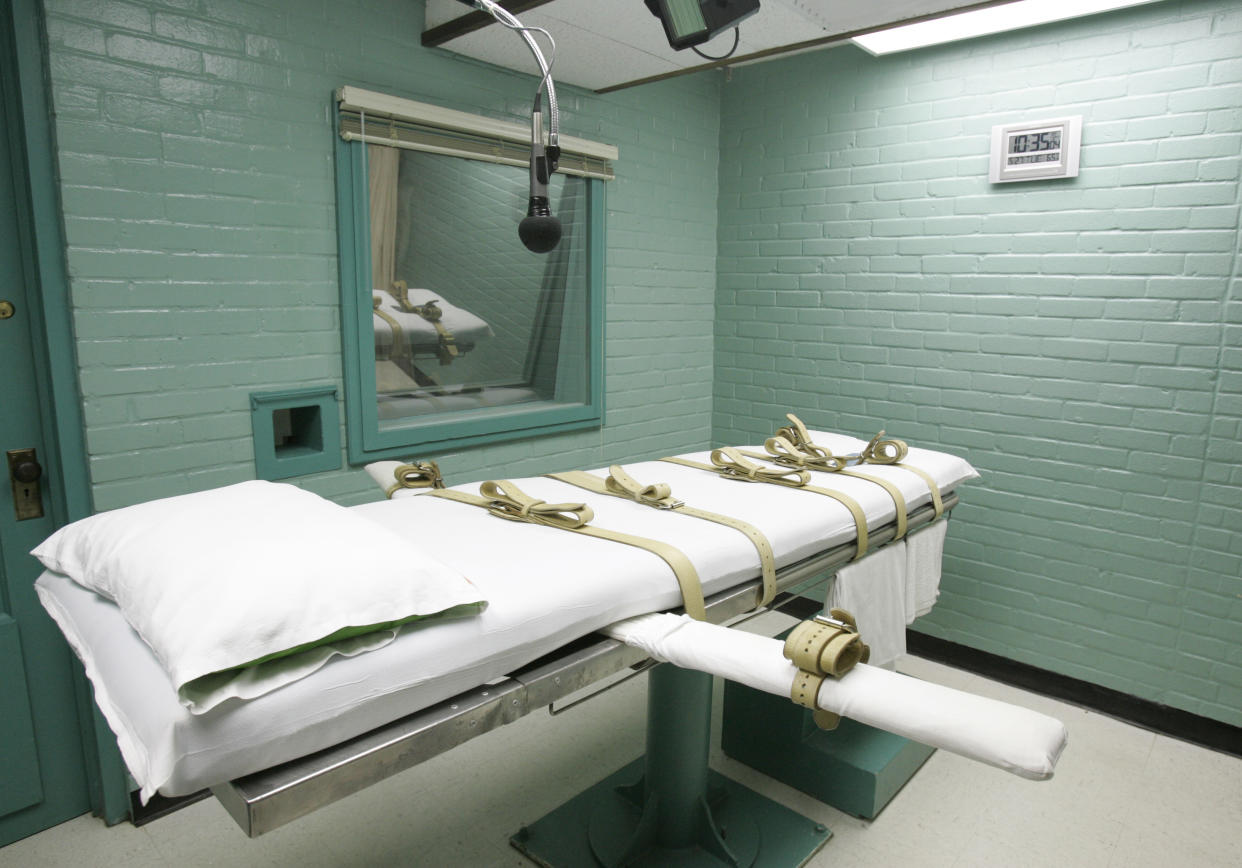 HOUSTON (AP) — Public support and use of the death penalty in 2022 continued its more than two-decade decline in the U.S., and many of the executions that were carried out during the year were “botched” or highly problematic, an annual report on capital punishment says.

There were 18 executions in the U.S. in 2022, the fewest in any pre-pandemic year since 1991. There were 11 executions last year. Outside of the pandemic years, the 20 death sentences handed out in 2022 were the fewest in any year in the U.S. in a half-century, according to the report by the Washington, D.C.-based Death Penalty Information Center.

“All the indicators point to the continuing decline in capital punishment and the movement away from the death penalty is durable,” said Robert Dunham, executive director of the nonprofit, which takes no position on capital punishment but has criticized the way states carry out executions.

In the U.S., 37 states have abolished the death penalty or not carried out an execution in more than a decade. On Tuesday, Oregon Gov. Kate Brown commuted the sentences of all 17 of the state's death row inmates to life in prison without parole. Oregon last executed a prisoner in 1997. There have been no federal executions since January 2021 following a historic use of capital punishment by the Trump administration. In July 2021, the Justice Department imposed a moratorium on federal executions.

The report called 2022 the “Year of the Botched Execution” as seven of the 20 execution attempts in the U.S. were visibly problematic or took an inordinate amount of time. That prompted some states to put them on hold so processes and protocols could be reviewed.

Significant problems were reported with all three of Arizona’s executions as corrections officers struggled to find suitable veins for IV lines to deliver the lethal injection.

Other concerns with executions included a South Carolina judge's ruling in September that called unconstitutional the state’s newly created execution firing squad, as well as its use of the electric chair. The state’s Supreme Court is set to hear arguments on the issue next month.

In April, Tennessee Gov. Bill Lee halted lethal injections in his state because the drugs used in executions hadn’t been tested. The oversight had forced Lee to abruptly halt plans to execute inmate Oscar Smith, an hour before he was to die last April.

Dunham said he believes ongoing issues with botched executions or reviews of execution protocols by states is helping to erode public support of capital punishment. Gallup polling shows public support of the death penalty has steadily dropped in the last 28 years, falling from 80% in 1994 to 55% this year.

“There are very few states that are trying to carry out the death penalty. But they are acting in ways that … their conduct is undermining public confidence that states can be trusted with the death penalty,” Dunham said. 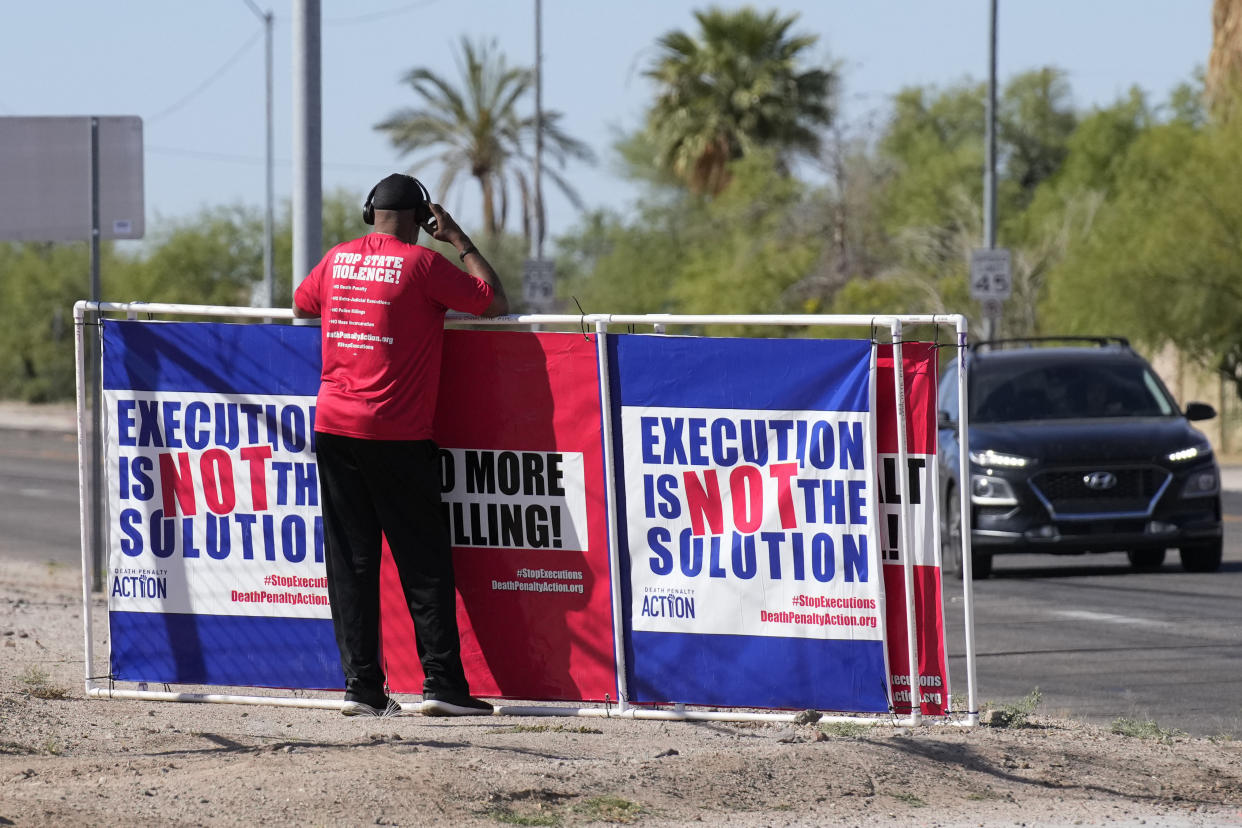 While five of the 18 executions that took place in 2022 were in Texas, that is well below what the nation’s busiest capital punishment state has seen historically. In 2000, Texas executions reached a high of 40, according to this year’s annual report by the Texas Coalition to Abolish the Death Penalty.

Kristin Houlé Cuellar, the coalition’s executive director, said she believes Texas’ “era of excessive use of the death penalty is gone” as prosecutors will continue to instead use lengthy prison sentences to hold people accountable.

Deborah Denno, a law professor at Fordham University in New York, said she’s not surprised by the declining use and public support of capital punishment. She cites as reasons: more people learning about the various problems in carrying out executions, doubts about whether it deters crime and a growing number of exonerations of inmates.

“Any sort of prediction about the future would suggest the death penalty is going to be limited to a few states. With time, there will be growing pressure in those states to abolish the death penalty,” Denno said.

Any sort of prediction about the future would suggest the death penalty is going to be limited to a few states. With time, there will be growing pressure in those states to abolish the death penalty.Deborah Denno

Dunham said he believes the number of botched executions has contributed significantly to the movement among lawmakers, particularly conservatives, to express doubts about the death penalty.

In an interview with The Associated Press earlier this year, Leach said he hopes lawmakers can work to make sure “there’s no chance that we’re executing an innocent Texan.”

“To say I’m wrestling with the very existence of the death penalty in Texas would be a dramatic understatement,” Leach said.

Michael Benza, a law professor at Case Western Reserve University in Cleveland, said the shifting political environment around the death penalty has made it easier for policymakers to have meaningful discussions about capital punishment.

“And they have trouble with it when they really do look at what is happening. I think politicians are wondering whether or not this is in fact the right thing to be doing,” Benza said.