Officers raised the alarm as the stricken Viking Sky suffered engine failure and drifted close to land off the west coast of Norway. Four helicopters and several vessels were scrambled, as rescue facilities were prepared near the town of Molde. During the rescue mission passengers were hoisted off the heavily listing vessel and then airlifted to safety. 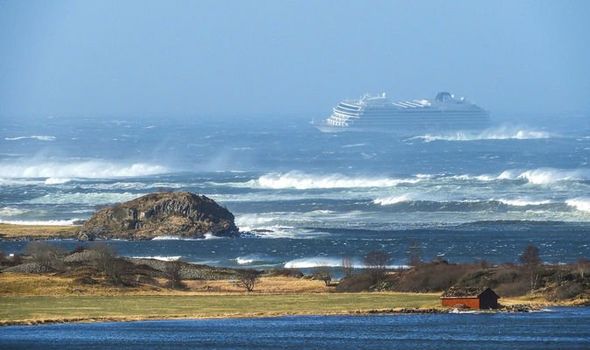 Viking Sky carries 930 passengers and approximately 1,300 crew. Local reports claimed that lifeboats had to turn back due to the 30ft waves.

The vessel was eventually able to restart one engine, and managed to anchor just over a mile from land.

Although police said there had not been any serious injuries, Norwegian sources reported five people had been taken to hospital.

After the mayday signal, all search and rescue teams in the region were mobilised, including 60 volunteers from the Norwegian Red Cross. 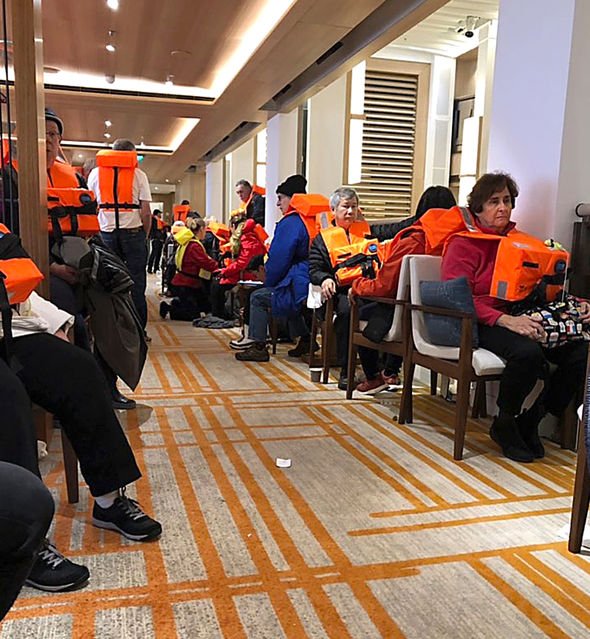 Rescuer Einar Knudsen said that 100 people had been evacuated before 4pm but added: “If we need to evacuate everyone, it will take a long time.”

The sea drama happened in a treacherous 10-mile stretch of water called Hustadvika, which is known for its fierce weather, shallow water and dangerous reefs.

The ship was built only two years ago and is owned by Viking Ocean Cruises, part of the group founded by Norwegian billionaire Torstein Hagen.

Its operational headquarters, located in Basel, Switzerland, was contacted for comment.