The residential aged care sector is sitting on a $30 billion house of cards confronting a great deal of risk that could potentially result in a cash flow crisis.

Nick Mersiades, the director of aged care with Catholic Health Australia, said the sector faced a "lot of risk" from falling occupancy rates and the loss of refundable accommodation deposits that are paid by some residents. 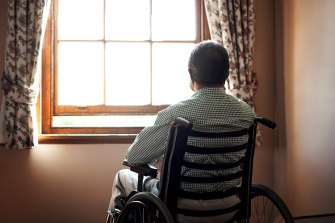 The aged care sector is sitting on a $30 billion house of cards.

Mr Mersiades told the Royal Commission into Aged Care Quality and Safety on Monday he was surprised the commission "wasn't knocking on providers' doors" and asking to see indications of "how your liquidity is."

His comments follow warnings about a continued fall in occupancy as people shied away from aged care because of fears of COVID-19, a drop in refundable deposits and a shift to daily fees that could also limit the ability of banks to lend to the sector.

According to a report by accountancy firm StewartBrown, there are 90,899 refundable deposits and accommodation bonds held by approved providers totalling $27.98 billion. 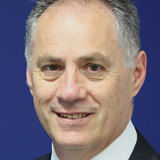 Under legislation, these are the responsibility of approved providers. But if operators fail, the Commonwealth has responsibility to refund the payment.

Mr Mersiades said "given the perceptions out there in the community right now [about residential aged care]" the ability to replenish these deposits is diminished "and so that risk is becoming more and more real."

He told the commission that Catholic Health had acquired a number of homes over the last couple of years that had "great challenges".

StewartBrown found 60 per cent of aged care homes recorded an operating loss in the nine months to March this year, and 34 per cent recorded a net operating cash loss.

And the commission heard a sample of about eight per cent of providers found a net outflow of redundable deposits totalling $1.25 billion – in other words, more were paid out than came in.

Commonwealth health secretary Dr Brendan Murphy confirmed on Friday there had been for some particular small number of facilities, "a significant outflow", which the department was watching "very closely". It was also monitoring the financial viability of providers in Victoria.

Consultant Cam Ansell said the loss of these refundable accommodation deposits could place strain on the liquidity of the sector.

He became concerned that the onset of COVID-19 might result in people finding it "difficult to pay lump sums, difficult to sell their homes, or that they might be unwilling to divest or to liquidate their assets."

"We might end up in a situation there might be a cash flow crisis while they were trying to deal with the infection," Mr Ansell told the hearing.

Grant Corderoy, senior partner at StewartBrown, said the move away from the bond to a daily accommodation payment had been growing as those entering aged care got older and had more acute illnesses. This trend would continue, as more people opted to stay at home for longer.

Mr Corderoy said the collapse of the sector was "a minimal risk". He said the government had indicated it was improving its prudential regime to obtain more financial information from approved providers, and apply a liquidity threshold and introduce continual monitoring.