‘It’s like a river of blood’: Chinese residents are shocked to see their local waterway has turned BRIGHT RED after a factory paint spill

Residents in a city in south-west China have been left stunned after their local river mysteriously turned blood red.

The residents filmed the unusual scene which shows bright-hued water flowing as far as the eye could see.

Local officials later claimed the phenomenon had been caused by paint leaked from a packaging factory. 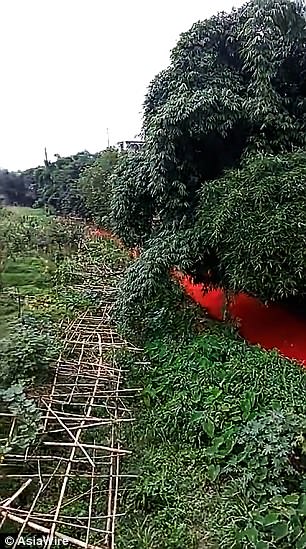 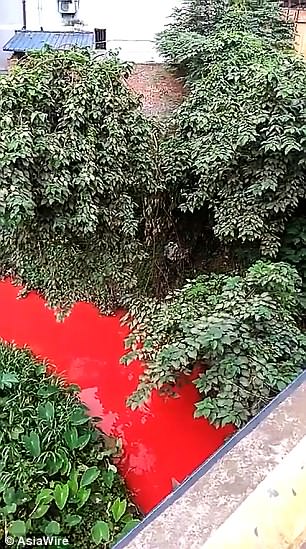 Xiangbi River in southwest China has turned bright red and flowed across the town in Cuiping district (left). Factory workers have accidentally spilled the paint into the river (right)

‘It’s flowing from Guangdou Mountain, then it will flow to Yangtze River. It’s turned into a red river now,’ one onlooker can be heard saying in the video.

Residents were shocked to see the polluted river filled with blood-like colours.

Web users described the scene as ‘it’s like a river of blood’.

According to Chengdu Business Daily, workers from a packaging factory had accidentally spilled the colour paint into the river and turned it into bright red colour during a cleaning operation.

The colour paint was said to be a water-based glaze that was non-poisonous and non-harmful to humans, animals or poultry, claimed a worker at the factory. 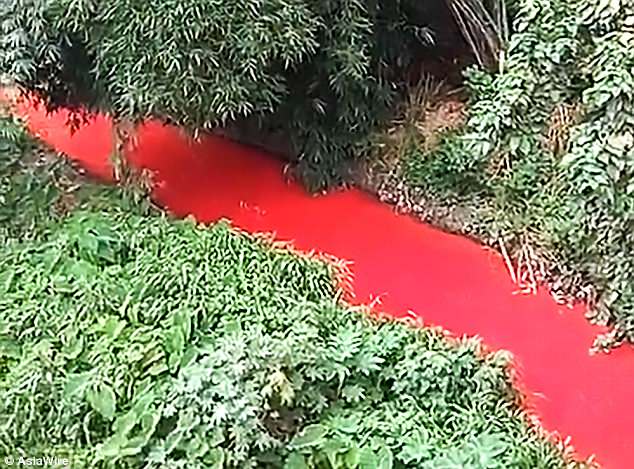 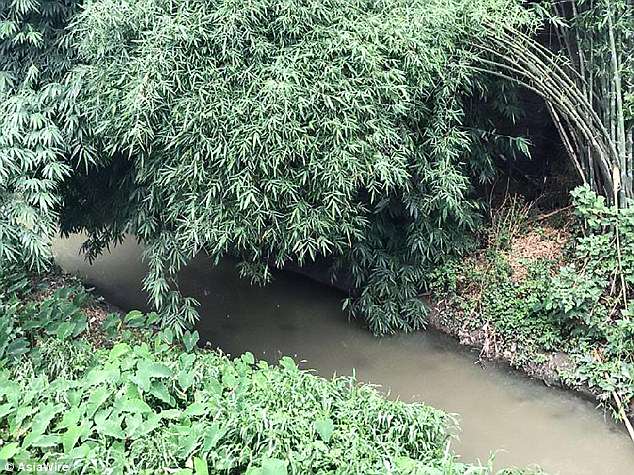 Officials are sent to set up dams to block and filter the polluted water at the lower stream, the water has not returned to its original state

‘We had to operate quickly and set up three dams at different sections of the river to block and filter the dyed water,’ said a staff at the Cuiping district office.

The river has returned to its original colour before it flows further down the stream.

It is known that Xiangbi River is not a source of drinking water to local residents.

Local environmental bureau will collect samples of the polluted water to compare with the evidence collected from the packaging factory.

The factory will face penalties according to the compare test results.