Nepalese Chef in Gloucester gave dozens of diners the laminated "polite notice" upon arrival, insisting some customers may be refused service. 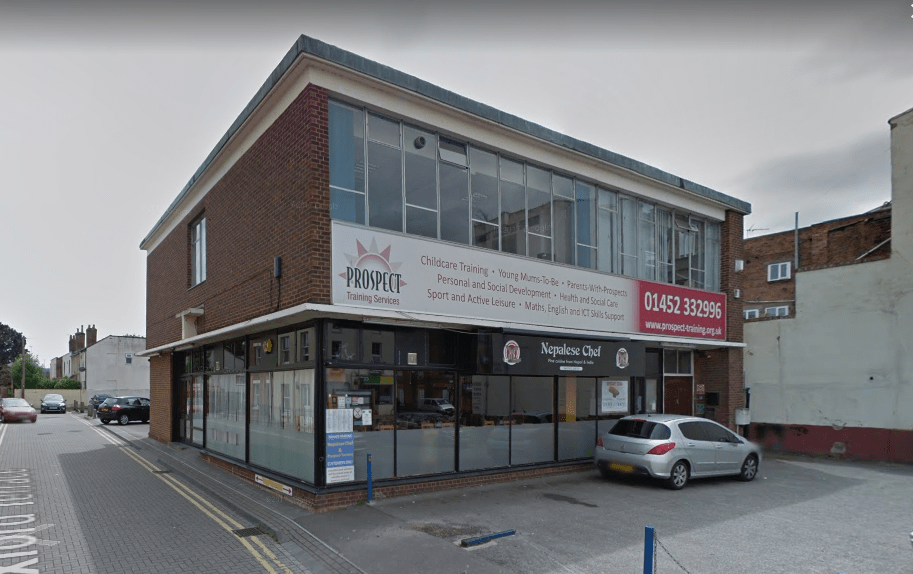 Dad Sandeep Amin recalled a waiter repeatedly slamming the notice in front of him, two minutes after he arrived with his wife and daughter, seven, for his birthday meal.

He said: "I was shocked as my daughter is seven years old and is in Year Two. She has no habit of creating chaos anywhere in a public place.

"I felt greatly offended and the waiter was so rude, banging the sheet in front of me as if I was a beggar and was there for free food.

"I was so embarrassed I decided that it was going to be a bad birthday celebration, so suggested to my wife we were better off leaving from such a rude place to go to Hilltop restaurant instead." 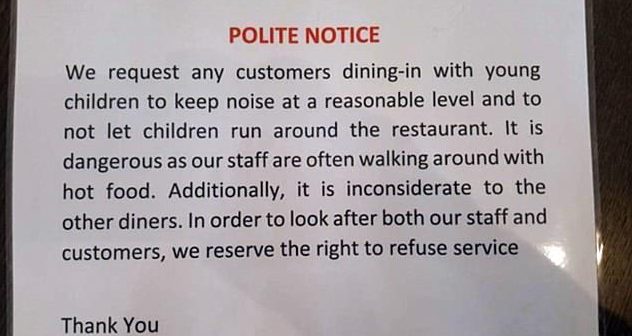 The notice reads: "We request any customers dining in with young children to keep noise at a reasonable level and to not let children run around the restaurant.

"It is dangerous as our staff are often walking around with hot food. Additionally, it is inconsiderate to other diners.

"In order to look after both our staff and customers, we reserve the right to refuse service. Thank you."

But Kashi Sharma, owner of Nepalese Chef, which is rated 10th in Gloucester restaurants on Trip Advisor has defended the notice.

He said: "We give the polite notice as we have had a few issues in the past. We decided to hand it to anyone that turns up with young children to remind them that they have to be seated and children should not run in the restaurant due to hot food.

"We give it to everyone with young children politely with the menu and people are absolutely fine with it."

He added: "But sometimes parents don't care and children are just running in the restaurant playing with glasses and cutlery in tables that are ready to serve.

"The notice is not given rudely and we don't say anything, we just give it to the customer.

"When Sandeep and his family were given the notice with the menu they said it was rude and walked out.

"We said sorry and this a polite rule we give to everyone. Children are always welcome in the restaurant and we even give them lollipops."