Pope Benedict XVI travelled from the Vatican to his native Germany today to be by the side of his 96-year-old brother who is ill.

Benedict, 93, arrived in Regensburg, where his brother Reverend Georg Ratzinger, lives and ‘will spend the necessary time’ with his ailing brother, the Vatican said in a statement.

The retired pope was accompanied by his long-time personal secretary, Archbishop Georg Gaenswein, a doctor, a nurse and the deputy commander of the Vatican’s gendarmerie corps.

The visit marks Benedict’s first trip outside of Italy since stepping down from the papacy. 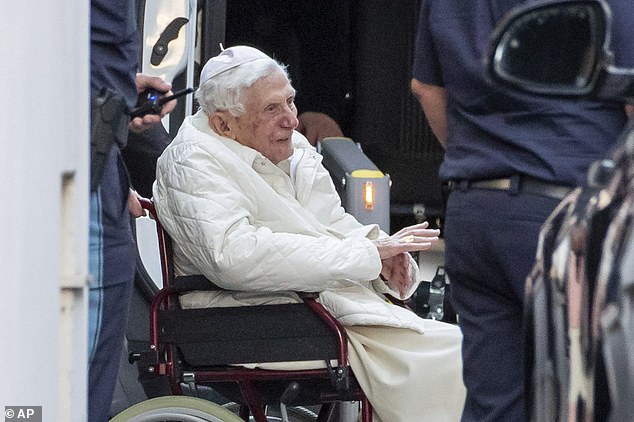 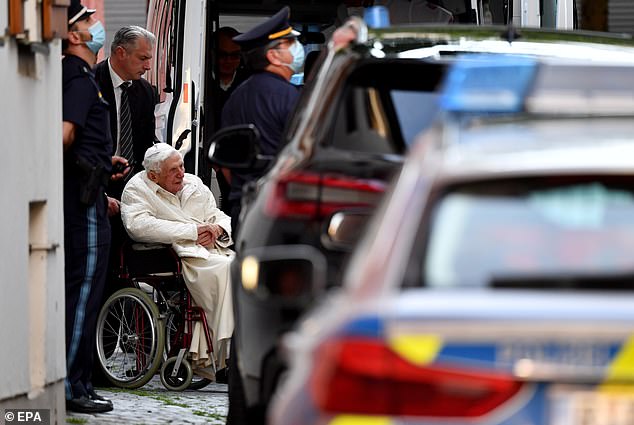 The retired pope, who was accompanied by his long-time personal secretary, Archbishop Georg Gaenswein, a doctor and a nurse, was taken to be with his 96-year-old brother 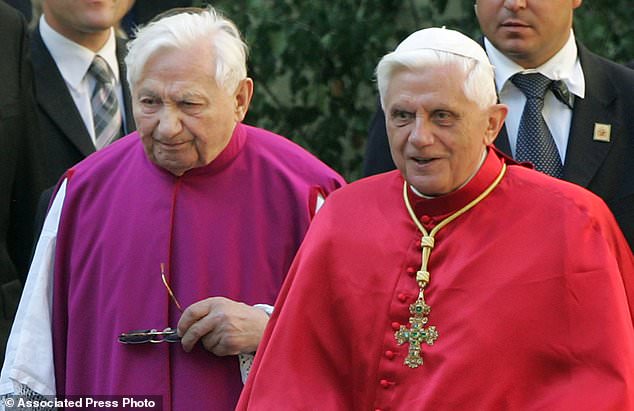 The diocese said that Benedict, who was dressed in white robes and a jacket, landed in Munich at 11.45am and was greeted by Bishop Rudolf Voderholzer, who accompanied the retired pope to Regensburg where he will now stay.

The Vatican declined to say how Benedict traveled, but Italian media reported that Italy’s government had lent an official aircraft, apparently operated by the Italian air force, for the flight to Munich.

The retired pope was then reportedly driven to Regensburg to visit his brother.

Head of the Catholic Church Pope Francis reportedly went to greet Benedict on Thursday morning shortly before his departure.

Upon his arrival, the German Bishops Conference welcomed Benedict with a statement which read: ‘We are happy that he has come to his homeland, where he belonged for some years to our bishops conference, even if the occasion is sad.

‘The emeritus pope will be close to his brother, whose health condition has worsened. We wish the (emeritus) pope a good stay in Germany, and the necessary quiet to care for his brother in private.’

The Regensburg diocese also invited anyone who wanted to express their closeness to the brothers to do so with ‘silent prayer.’ 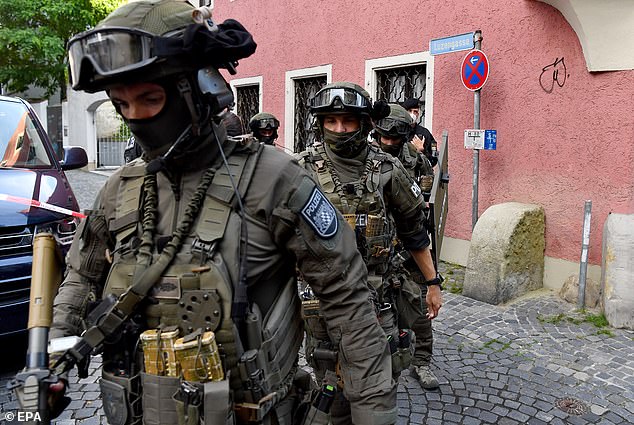 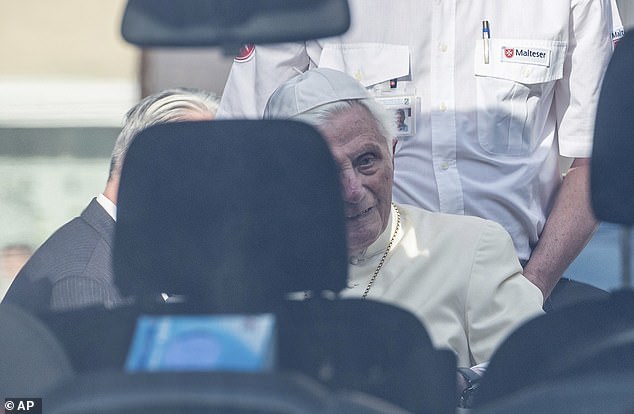 Benedict is pushed onto a vehicle in a wheelchair after landing to Resensburg, Germany, to be with his ill brother 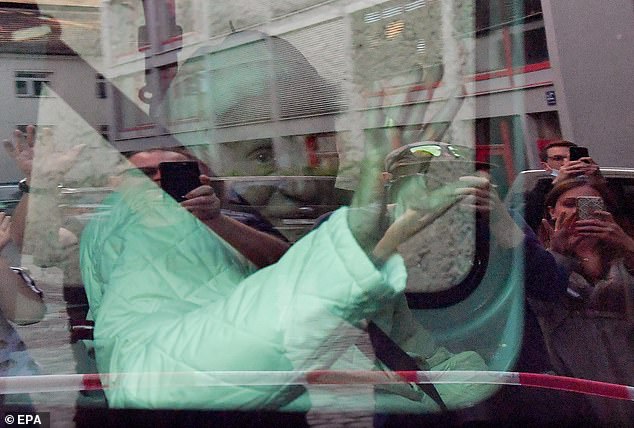 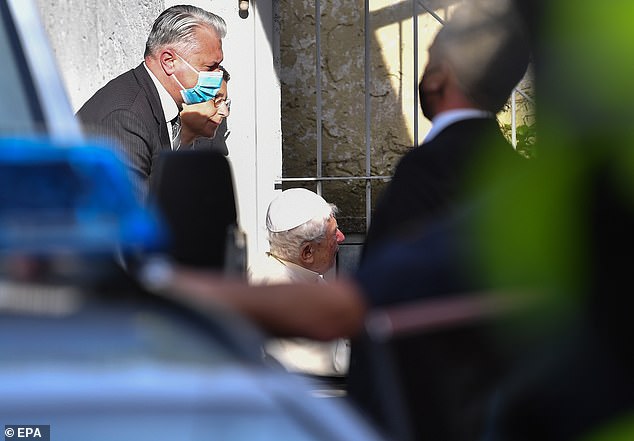 The Ratzinger brothers are extremely close and share a lifelong passion for classical music.

The retired pope, who is himself quite frail, generally lives a secluded retirement in a Vatican retreat house but will occasionally appear in public and has been visited by Pope Francis on a number of occasions.

Benedict last visited Regensburg, spending time with his brother, while pope, in 2006 while Georg has been a frequent visitor to the Vatican, where Benedict had long served as a cardinal, in charge of ensuring doctrinal orthodoxy.

In April 2012, in the last full year Benedict was pope, Georg attended a concert with his brother at the Vatican. 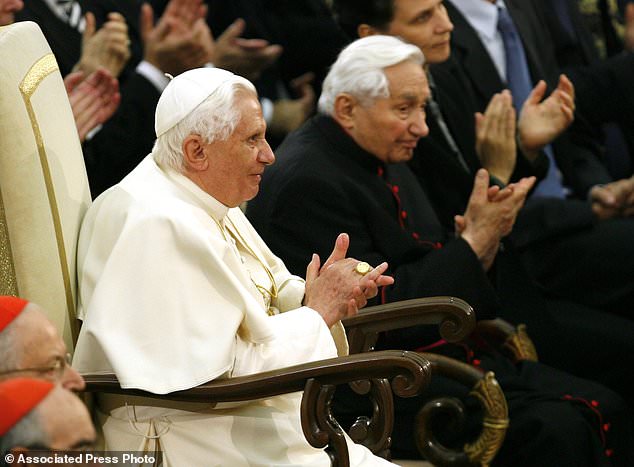