RETURN OF ISIS: Terror fanatics threatens to blow up rest of Notre Dame 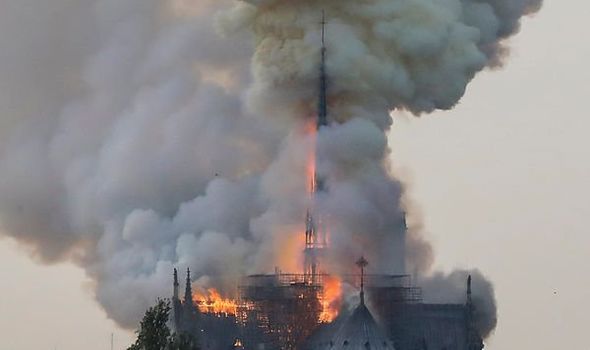 The ISIS-linked Al-Muntasir group published a photoshopped image of the bell towers burning with the warning: “Wait for the next.” On Monday, as the 850-year-old cathedral burned, the group posted a picture of the inferno with the caption: “Have a good day.” Despite a rash of online terrorism rumours on Monday night the Notre Dame blaze has been deemed accidental and not arson or terror-related.

Paris prosecutor Remy Heitz is in charge of fifty investigators who are trying to find out the cause of the blaze.

So far more than 30 people have been questioned about the fire, most of them were working on the renovation of the cathedral.

Notre Dame, which is a globally recognised symbol of Western Christian culture, has been targeted by terrorists in recent years. 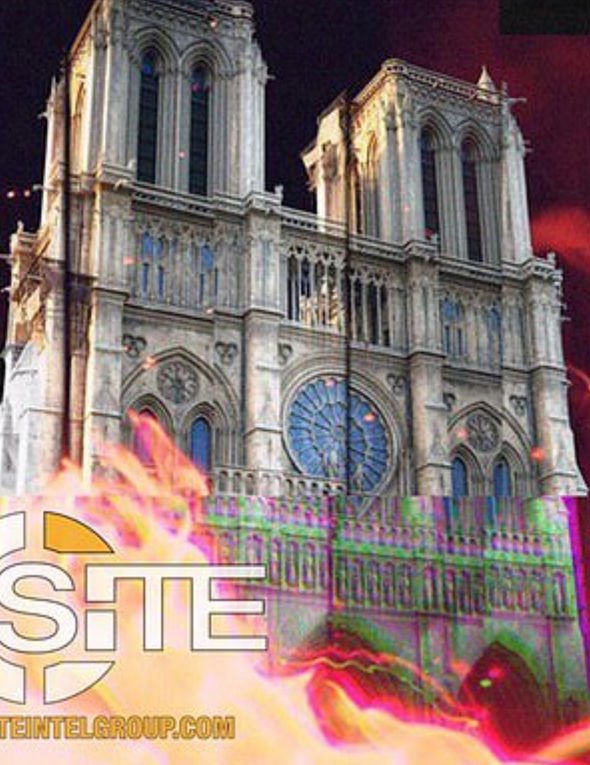 In 2016 a car was found near the site carrying seven gas cylinders, three women were arrested over the plot which might have beemee

The Islamic group has also took to taunting the French in the aftermath of the Bataclan terror attacks which killed more than 100 people.

More details are now emerging about Monday night when the beautiful cathedral was close to being totally burnt to the ground.

Laurent Prades said only the high altar out of the countless other priceless objects was destroyed.

He said: “We have been able to salvage all the rest,. All the 18th century steles, the pietas, frescoes, chapels and the big organ are fine.”