The dig, which began after finds were uncovered by a metal detectorist, has found more than 20 burials in the Lincolnshire Wolds, dating back to the late fifth to mid-sixth centuries. 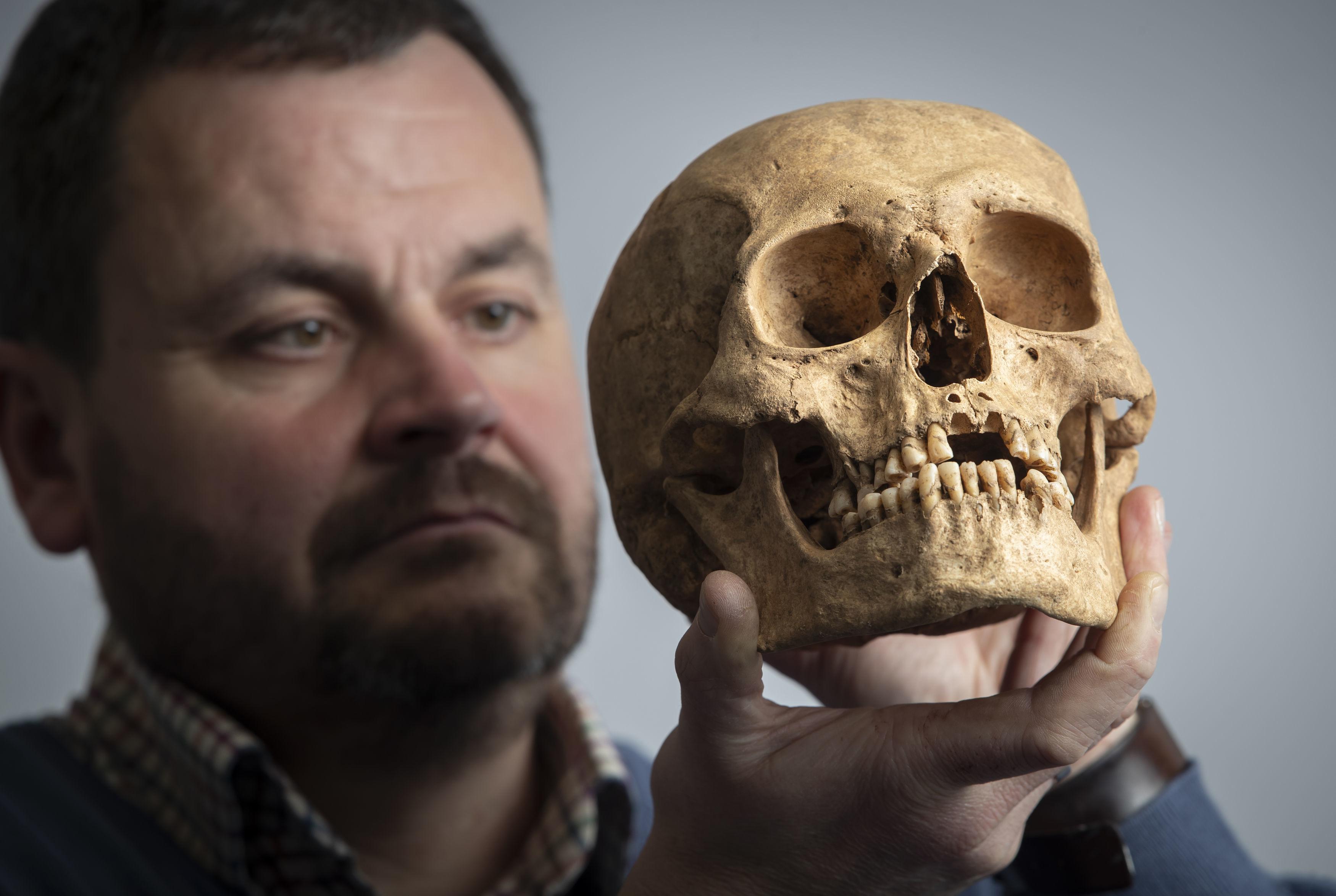 A team from Sheffield University said the people were buried with a "rich array" of objects including necklaces and brooches.

One richly-dressed woman was buried cradling a baby.

He said: "Almost without exception, the burials were accompanied by a rich array of objects, in keeping with the funerary rites adopted during the early centuries of the Germanic migrations to eastern England. 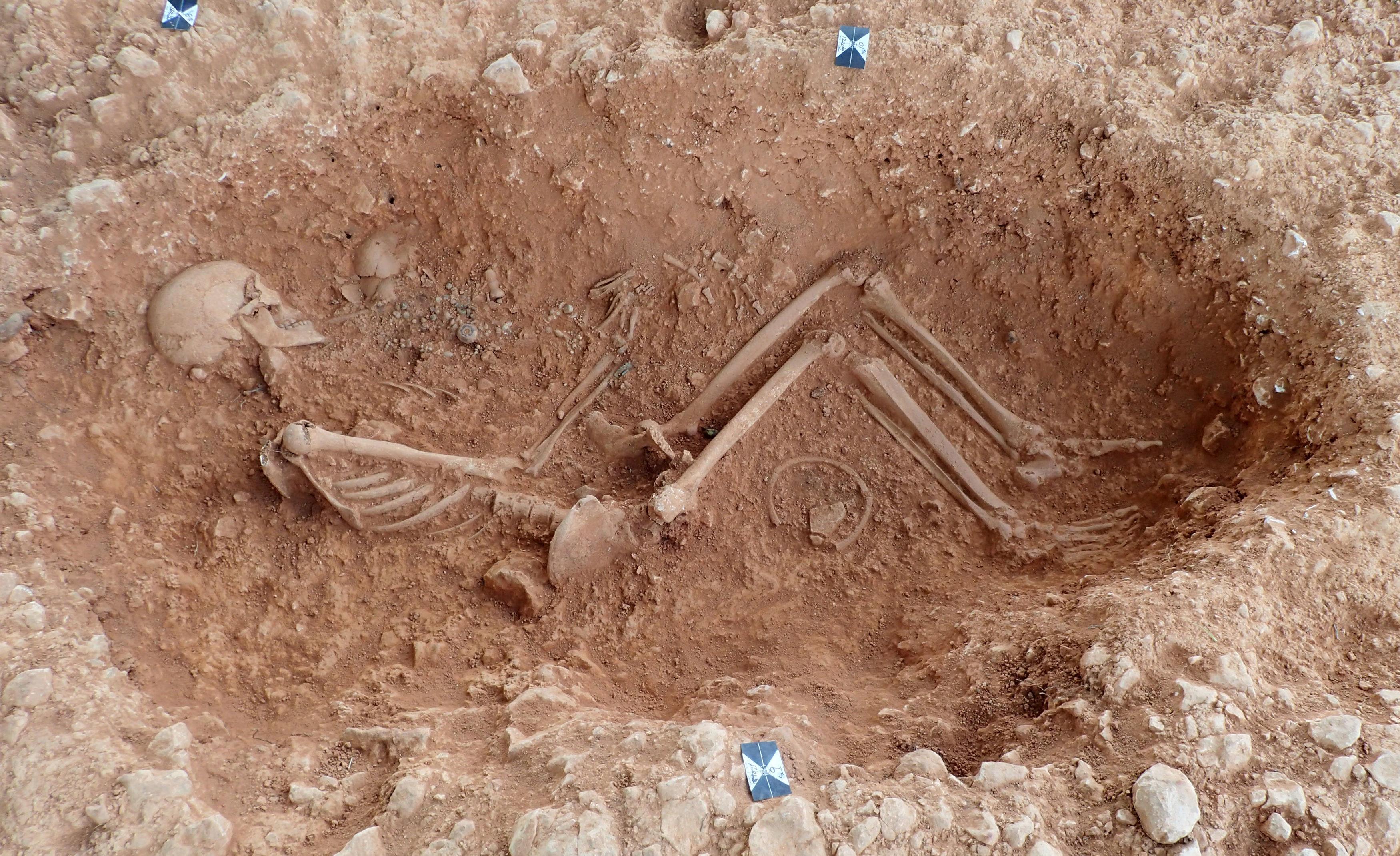 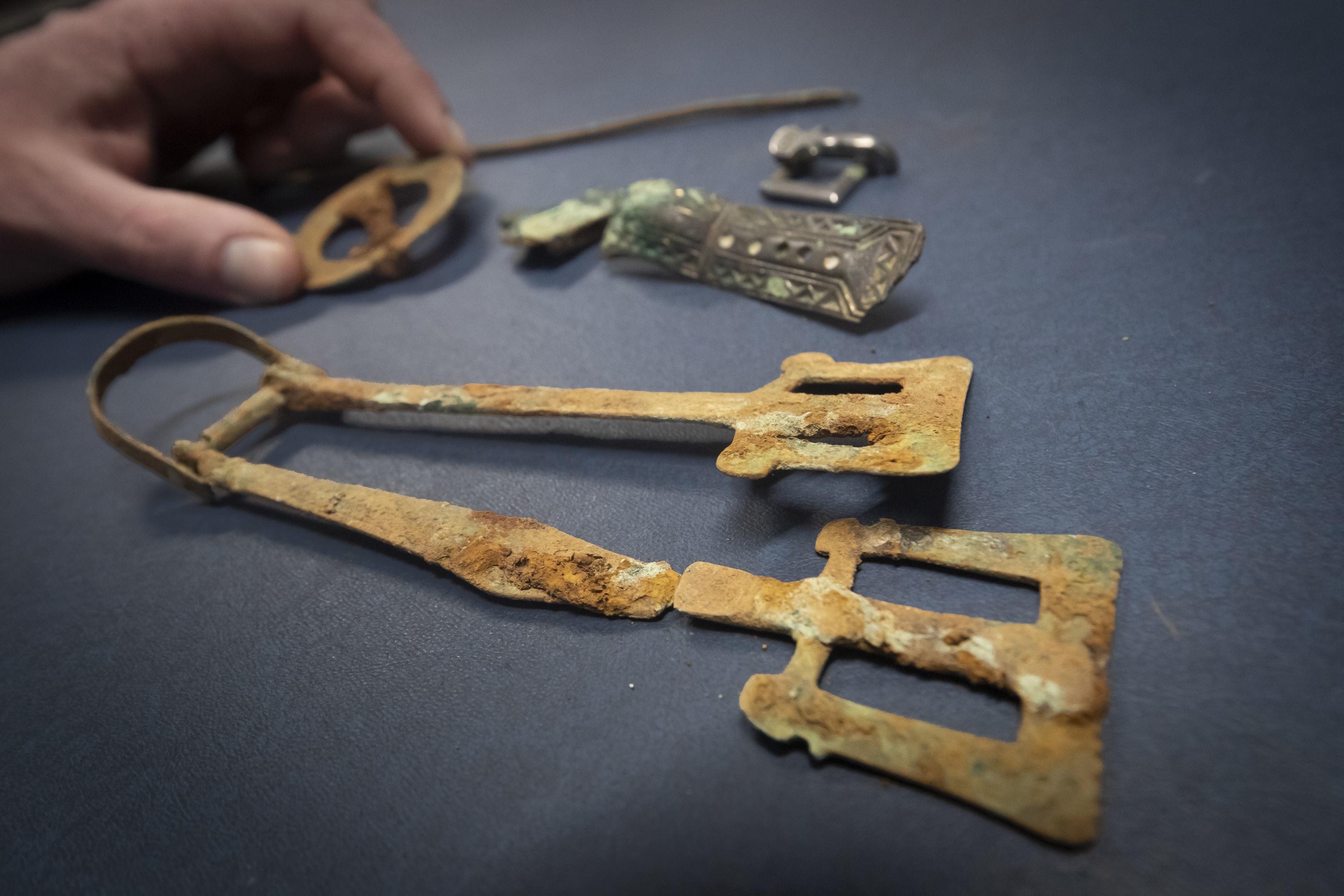 "What is particularly interesting is the significant proportion of very lavish burials which belonged to women.

“Furnished burials belonging to males were also identified, including a number buried with weaponry such as spears and shields." 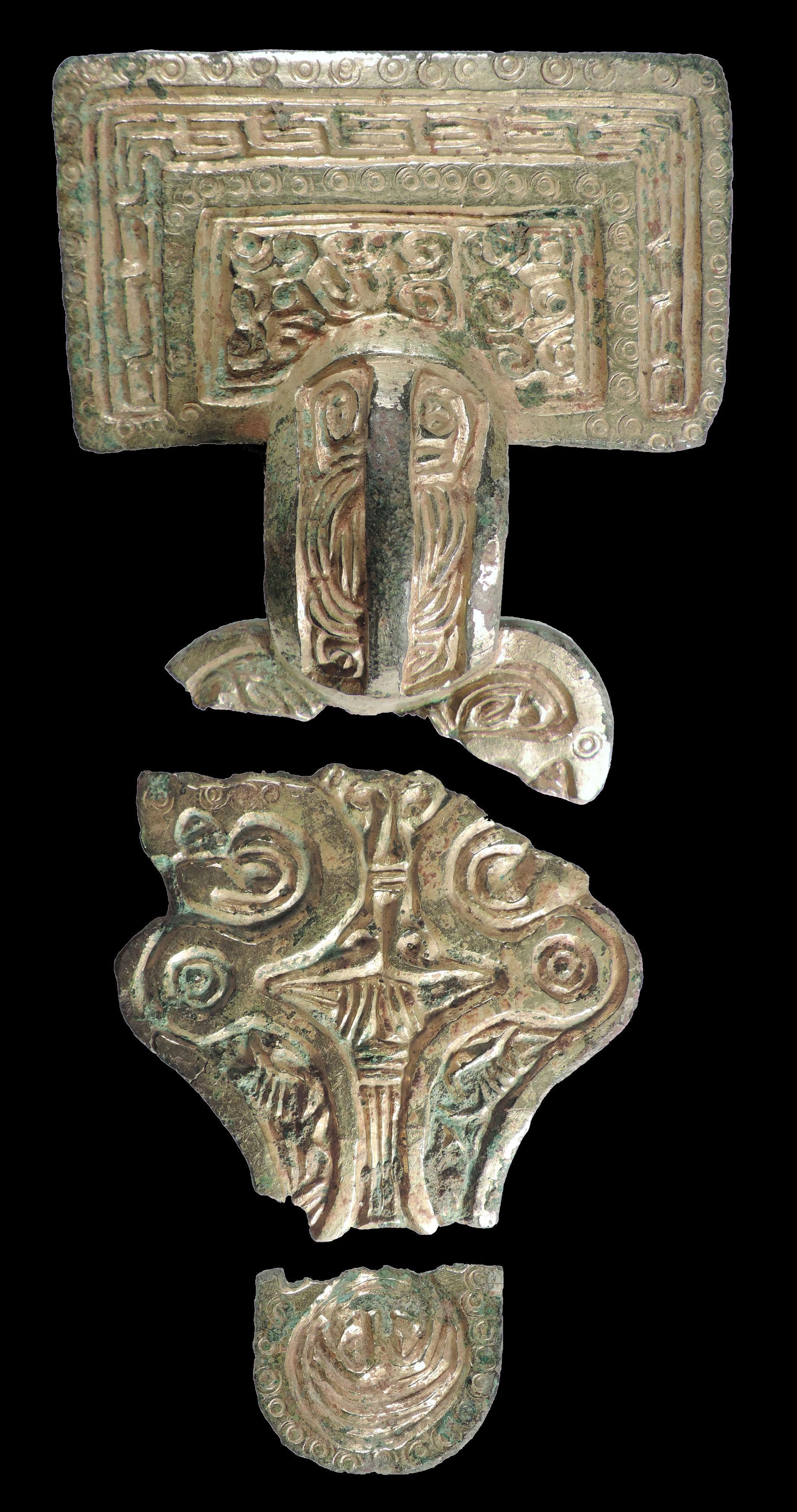 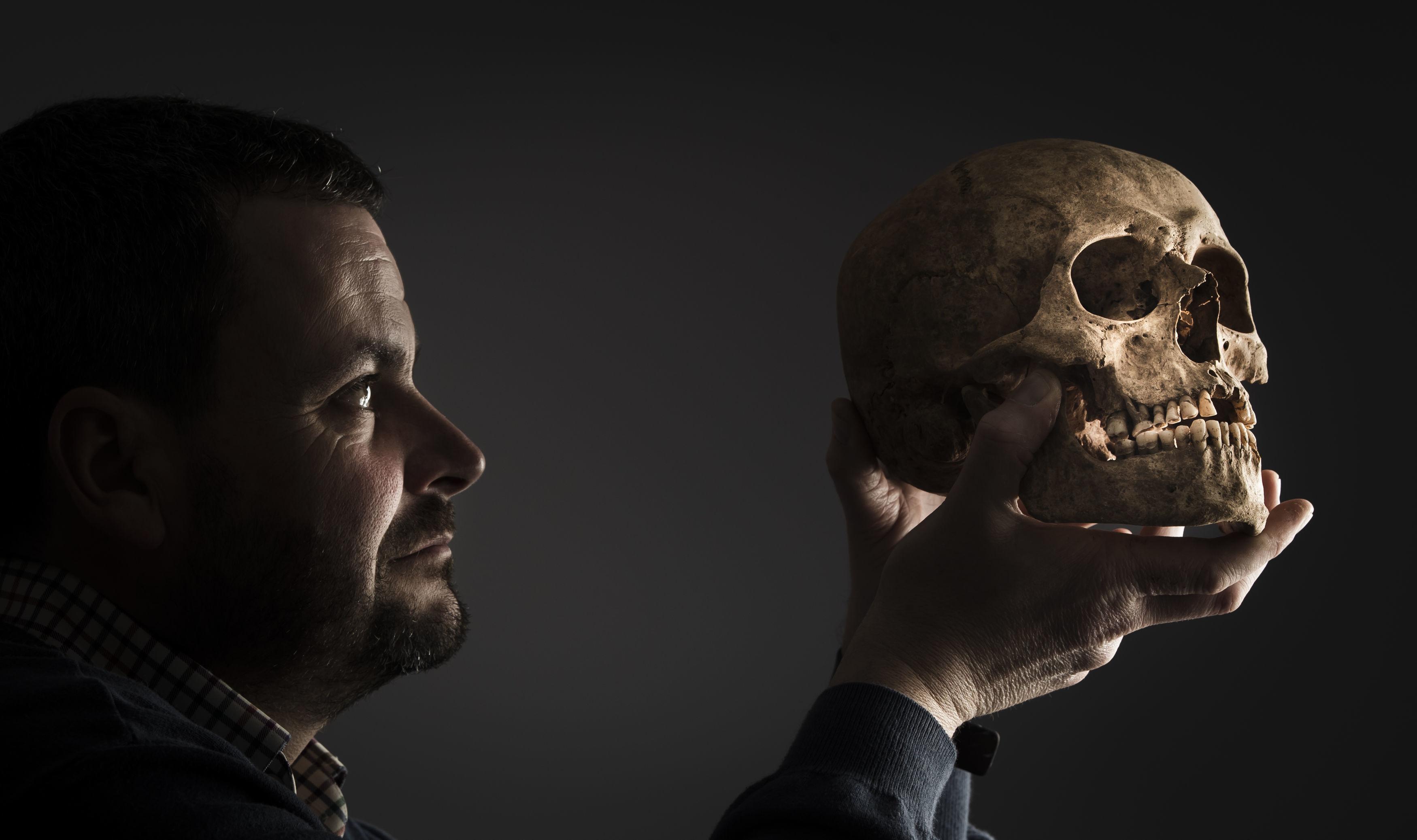 The dig at the site in Scremby, Lincolnshire, was led by Dr Willmott and Dr Katie Hemer, from the university's Department of Archaeology, in collaboration with Dr Adam Daubney, the Lincolnshire Finds Liaison Officer for the Portable Antiquities Scheme.

The cemetery was discovered when a local metal detectorist began to uncover a number of Anglo-Saxon artefacts, including copper gilded brooches, iron shield bosses and spear heads typical of those found in early Anglo-Saxon burials.

International volunteers, students from the Sheffield University, and members of the RAF from nearby stations took part in the excavation, which is the first to have been extensively investigated since the 19th century.

Dr Willmott said: "Children were notably absent in the parts of the cemetery excavated this year; however, one of the most striking burials was that of a richly-dressed woman who was buried with a baby cradled in her left arm. 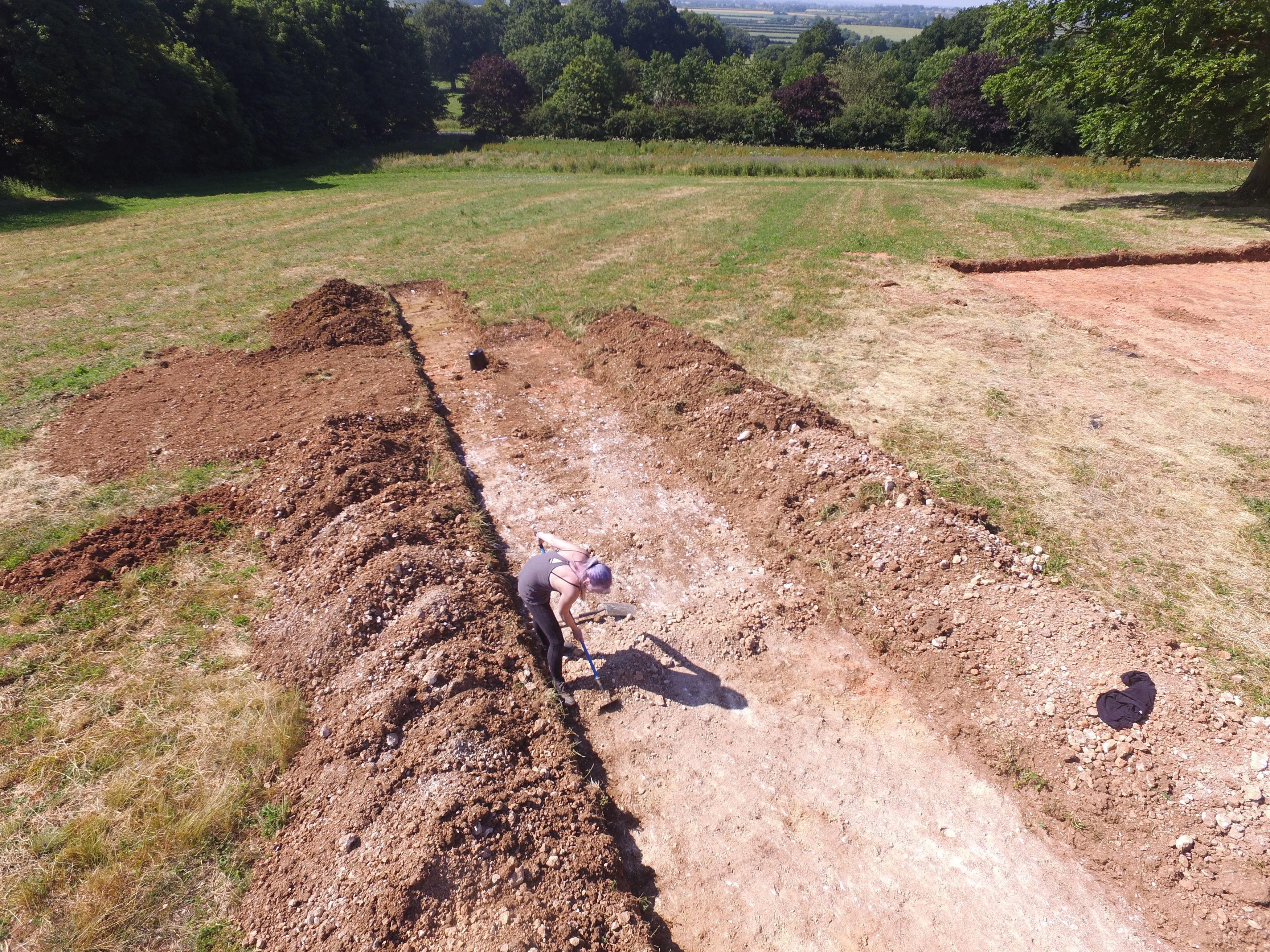 "The preservation of the skeletal remains, as well as the many grave finds, provide an exciting opportunity to explore the social and cultural dynamics of the community who chose to bury their dead on this chalky outcrop."

Investigations into the remains are continuing, including stable isotope analysis of teeth and bone which will identify where the individuals grew up as children and what food they ate.

Dr Hemer, lecturer in bioarchaeology, said: "Analysis also extends to a number of the finds, including the amber beads, which are being provenanced in collaboration with colleagues from Sheffield's Department of Physics.

"We will analyse the elemental composition of the metalwork and identify the elephant species which produced the ivory rings.

The excavation will feature on Digging For Britain on BBC Four at 9pm on Wednesday.