Richard the photogenic gorilla pulls off another modelling pose

He knows how to make the girls go ape! Richard the photogenic gorilla pulls off another modelling pose as he winks to the camera in latest snap

A photogenic gorilla living in a Czech Republic zoo has once again taken on the competition on the runway in a smouldering human-like pose.

Richard the gorilla has become well known for his ‘modelling’ abilities, appearing almost human when he poses for the camera.

The latest photo sees him leaning against a wall in his enclosure in Prague Zoo, and appearing to be winking at the camera. 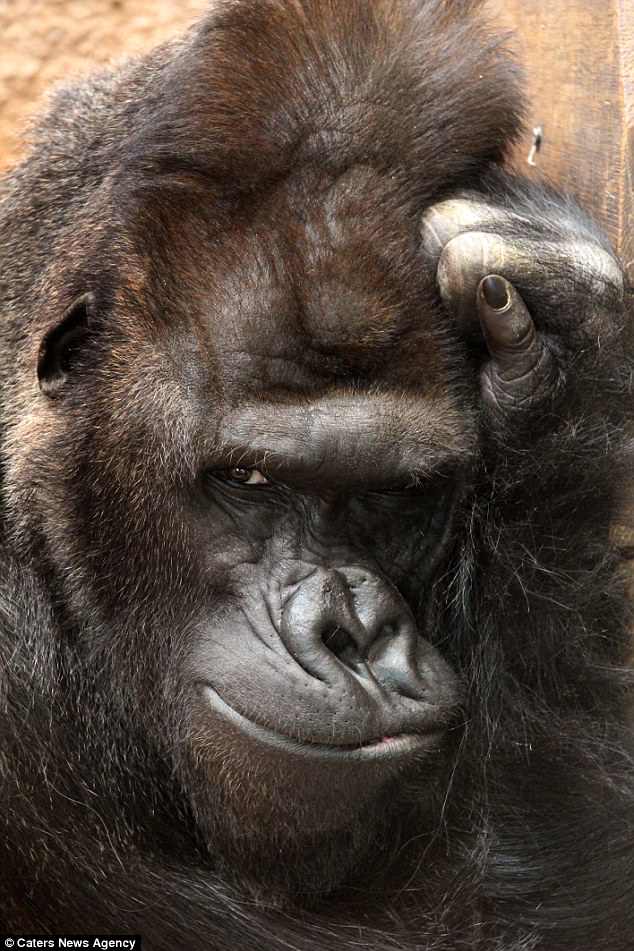 Runway ready: Richard the gorilla appears to wink at the camera as he leans against a wall in his enclosure at Prague Zoo 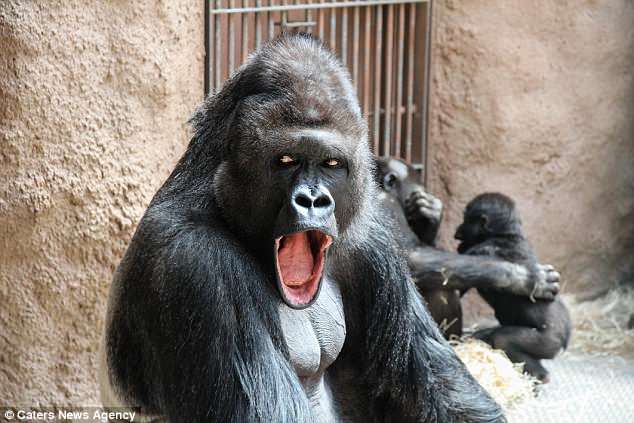 Shock: The silverback has been caught with his mouth open, which makes him appear shocked

Richard, a silverback father-of-eight, has become a crowd-favourite at Prague Zoo thanks to his appearance.

The handsome ape appears to thrive on the attention of visitors, seemingly fully aware of the cameras and how to look his best for the lens.

Lucie Stepnickova, who has been photographing Richard for more than a decade at his home in Prague zoo, said: ‘Richard is very human-like in his appearance.

‘His unusual look has made him very popular on social media – people seem to think he is quite handsome.

‘He is definitely my favourite subject to photograph.’ 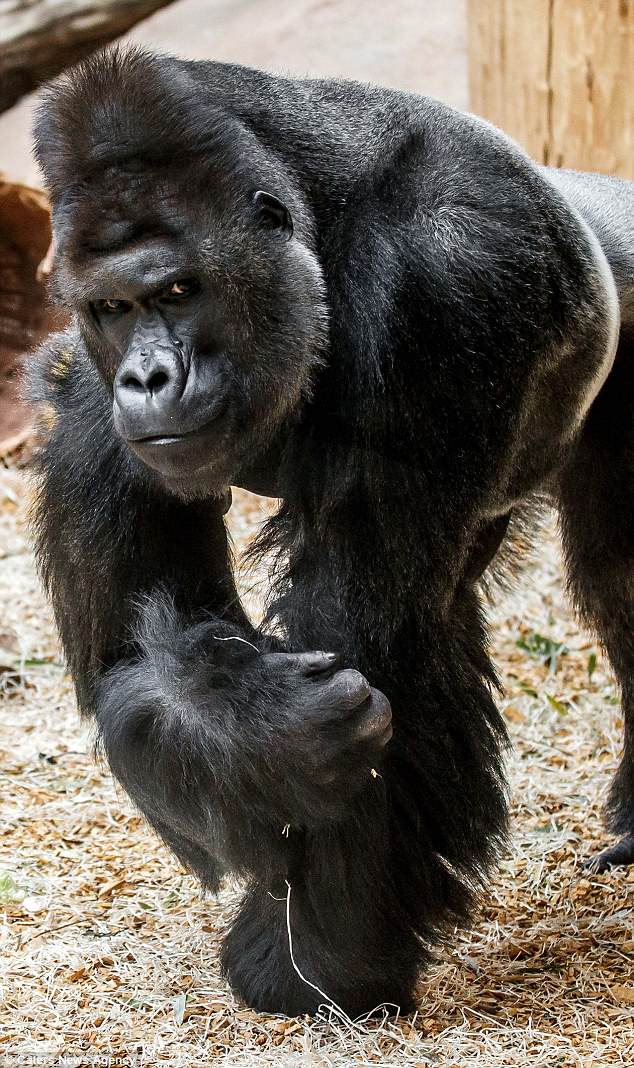 Internet celebrity: Richard has become known both to visitors and on social media 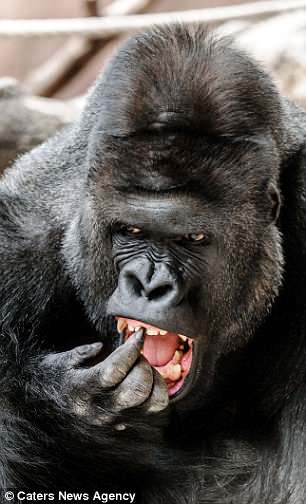 Cheeky: The gorilla, who has fathered eight babies, has a very expressive face 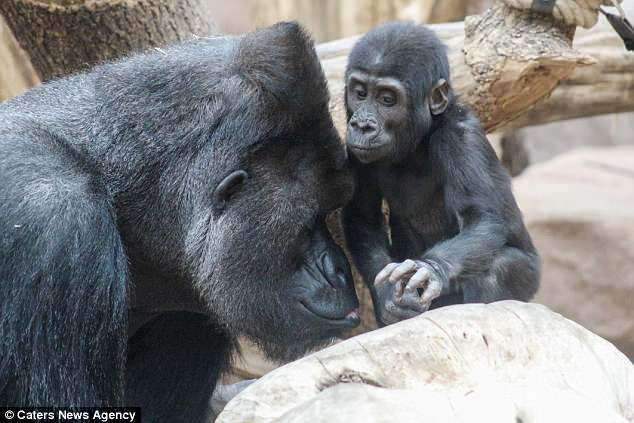 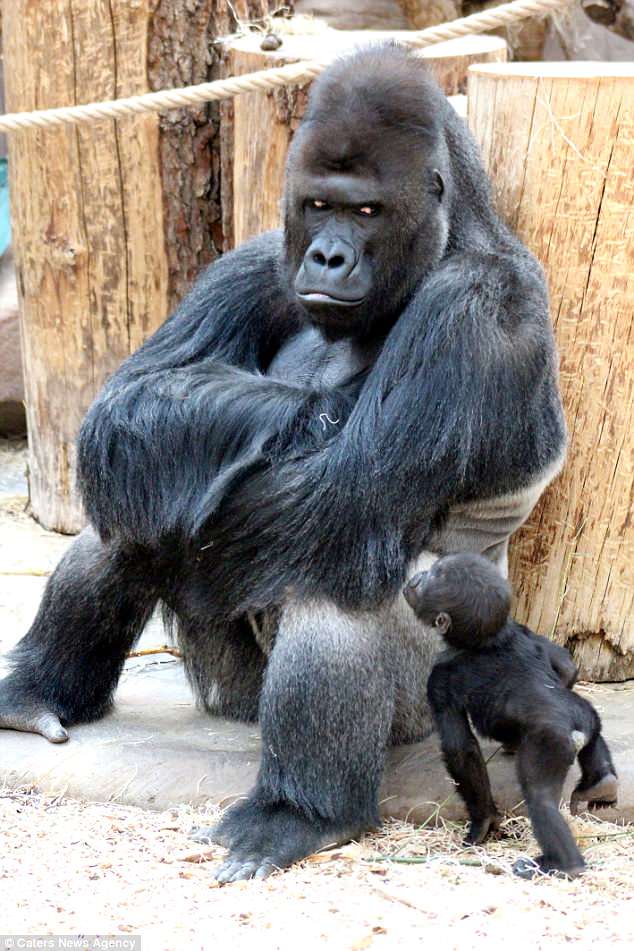