Rider, 41, who was crushed under a ‘naughty’ horse that ‘reared up’ during the Beaufort Fox Hunt sues its owner for £100,000 over her injuries

A rider who broke her pelvis after she was crushed by a horse during a fox hunt run by one of Britain’s wealthiest landowners is suing the animal’s owner for £100,000 over her injuries.

Lisa Ford, 41, from Badminton, Gloucestershire, suffered multiple fractures, including internal bleeding, when her horse reared up and fell backwards onto her while she was riding on the Badminton Estate with the Beaufort Hunt in 2018.

Ms Ford, a groom, is now suing her former employer, businessman Jonathan Seymour-Williams, 65, who was the keeper of the horse she was riding when the accident took place.

The rider says Mr Seymour-Williams must pay damages for her injuries as she had been riding Tommy as part of her job to prepare the horse for his son and daughter to ride out hunting later in the season.

However Mr Seymour-Williams denies he should have to pay Ms Ford and argued she was riding with the hunt ‘for fun…on a frolic of her own’ and not as part of her employment. 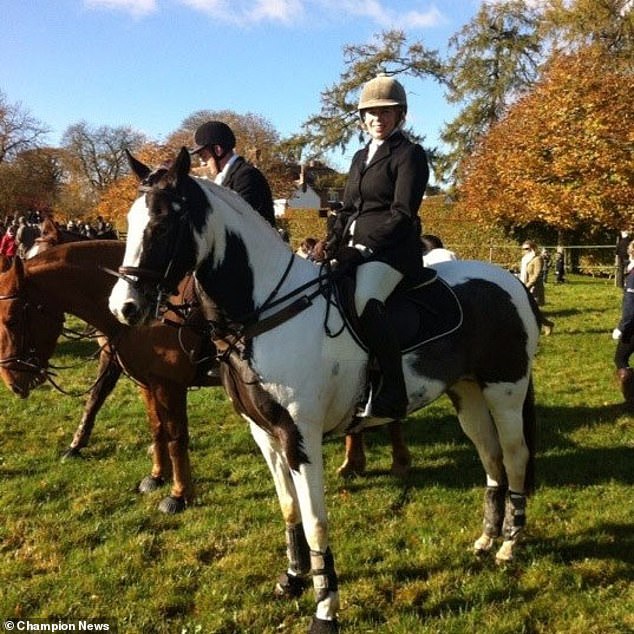 Lisa Ford, 41, from Badminton, Gloucestershire, suffered multiple fractures, when her horse  Tommy reared up and fell backwards onto her while she was riding on the Badminton Estate

Judge Michael Kent QC at London’s High Court heard that Ms Ford broke her pelvis in five places and suffered a fractured left hip socket, internal bleeding, nerve damage, as well as a psychiatric injury due to the incident.

Ms Ford claimed she was injured when the horse, an experienced hunter named Tommy which Ms Ford cared for and regularly rode, reared up because he was ‘a hot horse’ who was ‘being naughty’.

After falling on Ms Ford, Tommy thrashed around before dying, pinning her to the ground. She remained under the dead horse until an air ambulance arrived.

Giles Mooney QC, for Ms Ford, told the judge that she is suing under the Animals Act 1971.

Ms Ford claims that Tommy was ‘triggered’ into performing the dangerous act of rearing either by ‘disobedience’ or by the fact that he was, unbeknownst to the rider, ‘undergoing a catastrophic internal injury’ which led to his death after the fall.

Mr Seymour-Williams – who is known as ‘Jonks’ – must therefore take responsibility, the QC argued.

Georgina Crawford, for Mr Seymour-Williams, however is arguing that if the horse keeled over because it was ill and dying, that was ‘just bad luck’ for which Ms Ford’s employer was not responsible.

‘That is the key battleground between us,’ Mr Mooney told the judge, adding that the other main issue is ‘who was really responsible for Tommy and what was Ms Ford doing riding him?’ 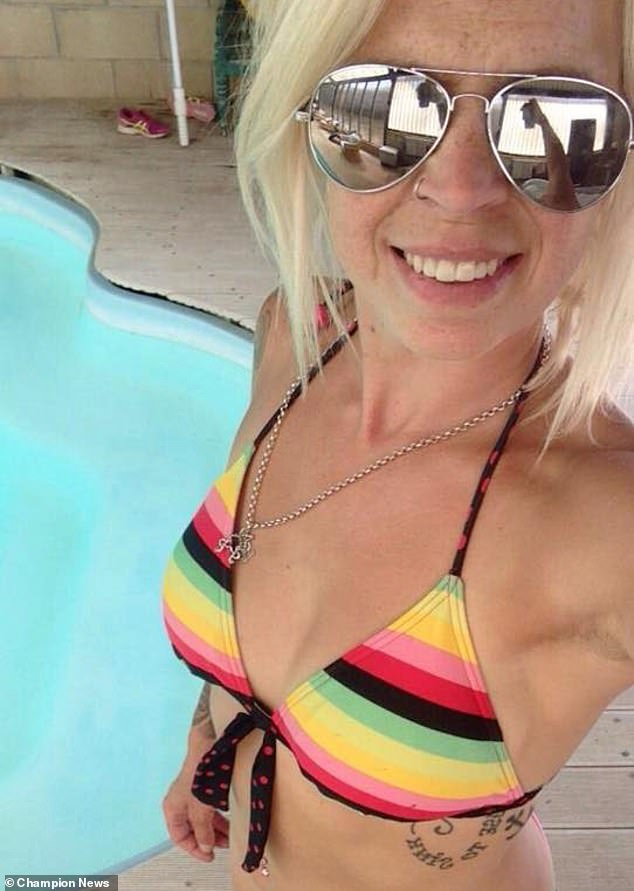 Ms Ford, who cared for and regularly rode the horse, says Mr Seymour-Williams must pay damages for her injuries as she had been riding Tommy as part of her job to prepare the horse for his son and daughter 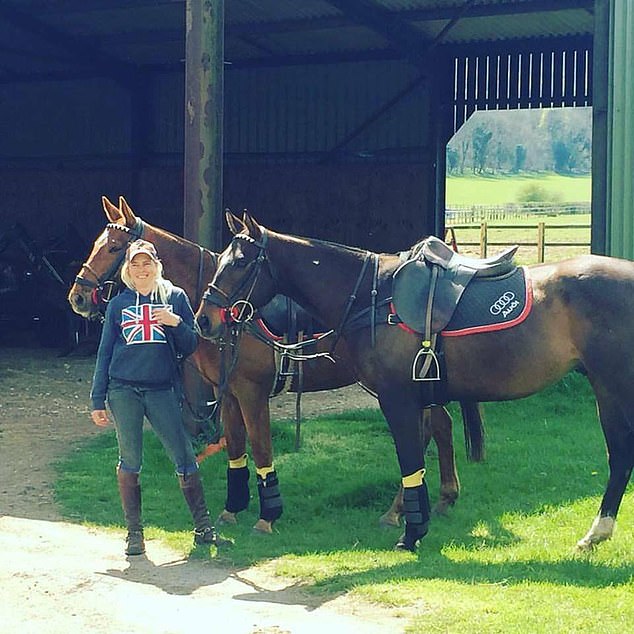 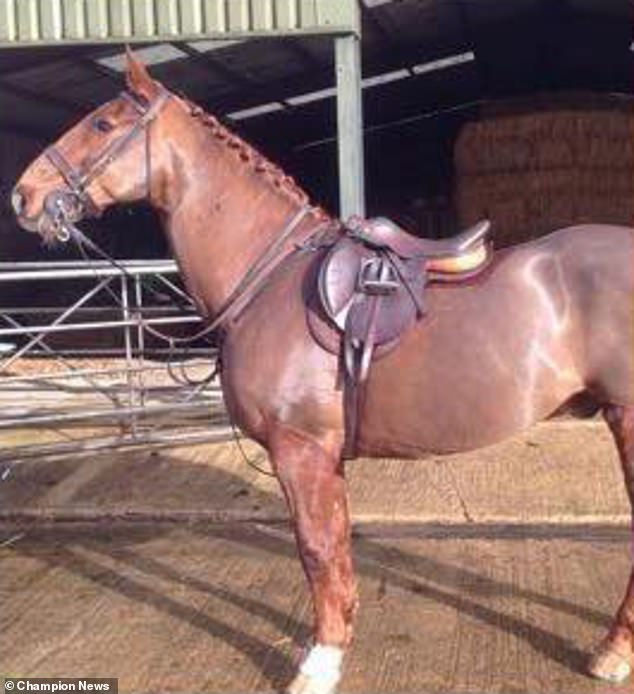 Ms Ford says she was riding Tommy – who had been loaned to Mr Seymour-Williams for his grown-up children to hunt on – as part of her employment after being asked to do so on WhatsApp by his son Roddy in preparation for him hunting on the horse the following week.

Tommy, whilst being ‘a bit of a legend’ and ‘a good hunter,’ was also ‘a hot horse’ and could be a ‘naughty’ mount at the start of the season when not used to hunting, Ms Ford told the judge in evidence.

‘I was riding Tommy to prepare him to hunt for Jonks’ children the following weekend,’ she said.

‘I wanted to make sure he had been hunted at least once before they took him so that he would behave well for them.

‘It’s my job description to make sure the horse is suitably prepared.

‘He was a fun horse… he wanted to be fast moving and do things.

‘He was a horse that could be naughty when excited. You needed to be a good rider for Tommy. He could misbehave while out hunting. That’s the reason I had to school him to make sure he would behave for the children.

But Ms Crawford, cross-examining Ms Ford, claimed she ‘loved’ the horse and was ‘on a frolic of her own’ when the accident happened, hunting without instruction from her employer. 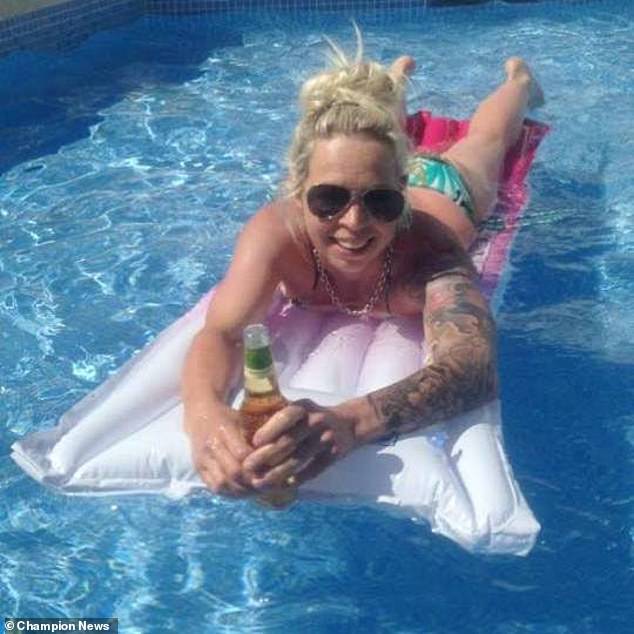 Mr Seymour-Williams’ son Roddy was a keen polo player and an accomplished rider who did not need her to ride the horse in preparation for him to hunt on it, she said.

What is the Duke of Beaufort’s Hunt?

The Duke of Beaufort’s Hunt, also known at the Beaufort Hunt, is one of the oldest fox hunting packs in England, whose hunting dates back to 1640.

Since then hounds have been systematically bred in Badminton for the sole purpose of hunting the foxes.

All the puppies bred by the hunt are put out to walk on farms from as young as six-weeks-old.

The hunting of deer and foxes was first led by the Marquess of Worcester during the 1600s but in 1762, Henry Somerset, 5th Duke of Beaufort, decided to focus on fox hunting after an unsuccessful day hunting deer.

From this point onwards, Dukes of Beaufort have continued with the tradition and hunt on an area of land between Cirencester and Bath.

During the hunting season, the hunt will go out on four days of the week.

‘There is no evidence that you got any such instruction…previous grooms who worked for the family never took them hunting to prepare them,’ Ms Crawford claimed.

‘Tommy wasn’t a horse that was disobedient,’ she added, saying he was ‘well-mannered and great to ride’ and ‘a safe bet.’

‘You are trying to paint a very different picture of Tommy as a horse who was likely to do what he did,’ she said.

Claiming Ms Ford had been riding for her own pleasure when she was injured, the barrister said: ‘You enjoyed hunting him…you hacked him daily.’

She pointed out that when offered the job as Mr Seymour-Williams’ groom, Ms Ford had responded ‘Tally ho!’ in a text message.

‘You were excited about this job and its hunting opportunities,’ said Ms Crawford.

Denying she was riding the horse hunting for pleasure, Ms Ford replied: ‘He needed to go. It’s a slight perk but I’ve been in the industry a long time.. It’s not as exciting as you may think.

‘I just continued my job as I would in any other hunt yard,’ she added.

The Beaufort Hunt is one of the oldest and largest fox hunting packs in England and is based at the 52,000-acre Badminton Estate – home of the famous horse trials, and the place where the game of badminton was invented in 1863.

The hunting of deers and foxes was first led by the Marquess of Worcester during the 1600s but in 1762, Henry Somerset, 5th Duke of Beaufort, decided to focus on foxes after an unsuccessful day of deer hunting.

Since then hounds have been systematically bred in Badminton for the sole purpose of hunting the foxes.