Rishi Sunak was under pressure from MPs within his own party last night to axe VAT on Covid tests needed for foreign holidays.

Fifteen Tories urged the Chancellor to cut the cost of ‘gold standard’ PCR tests needed upon return to Britain.

Ministers are insisting all travellers take the tests, whether or not they have been vaccinated, on their return to the UK when foreign travel restarts on May 17. But the industry has repeatedly warned this risks pricing families out of holidays abroad.

In their letter to Mr Sunak, the Tory MPs say the cost of PCR tests would reduce by a fifth if VAT on them were scrapped. This would reduce the cheapest test to £36. 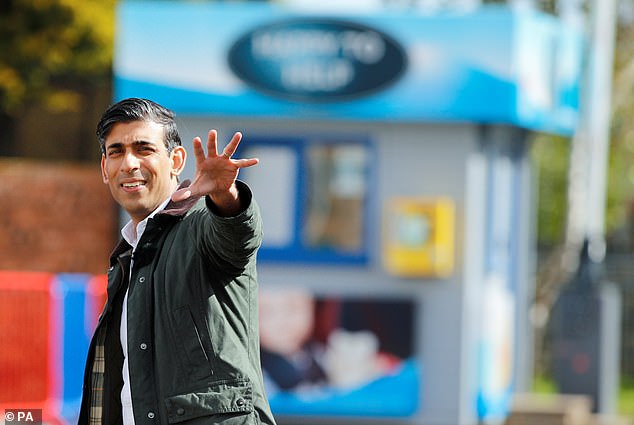 They also warn that the cost of tests risks foreign travel becoming possible only for the wealthy.

They call on the Government to follow an EU recommendation issued last year to exempt testing kits from VAT. Signatories include Sir Graham Brady, chairman of the powerful 1922 committee of backbenchers, and former ministers Steve Baker and Tim Loughton. Mr Loughton said: ‘Britons are desperate for a holiday and particularly a bit of sunshine.

‘That is not going to be possible for a lot of people still this summer, but for those who are lucky enough to get away we shouldn’t be adding to the already higher costs that are likely by heaping tax on testing devices which certainly don’t constitute a ‘luxury’ item that VAT was originally intended to cover.’

The cost of tests for holidaymakers has dropped to as little as £45, but this could still add almost £200 to the cost of a holiday for a family of four returning from a ‘green’ country. This could increase to nearly £400 or more for a trip to a medium risk ‘amber’ country. 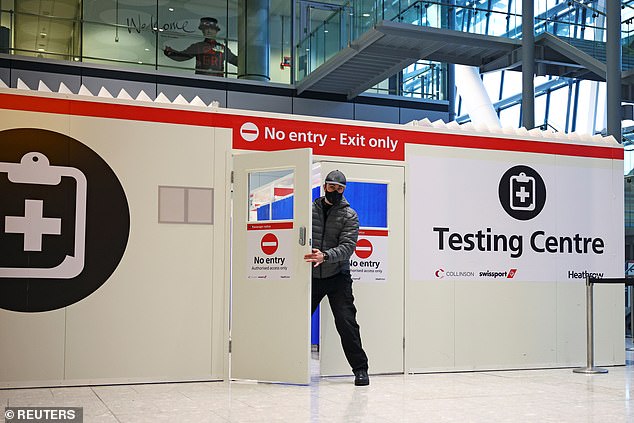 Ministers are insisting all travellers take the tests, whether or not they have been vaccinated, on their return to the UK when foreign travel restarts on May 17. But the industry has repeatedly warned this risks pricing families out of holidays abroad (pictured: testing centre at Heathrow Airport)

Inoculated holidaymakers face having to fork out hundreds of pounds for tests because a vaccine passport app ‘probably won’t’ be ready for the restart of foreign travel.

Ministers are working on adapting an NHS app so travellers can prove they have been vaccinated. The EU has said inoculated Britons will not need a pre-departure test when the bloc opens its borders, potentially saving them hundreds of pounds on PCR tests.

But if they’re unable to prove their vaccination status, they face having to shell out an average £128 to show they are negative. Whitehall sources yesterday said the app development is ongoing but it ‘probably won’t’ be ready for when foreign travel restarts on May 17.

Baroness Ruby McGregor-Smith, chairman of the Airport Operators Association, said: ‘It’s a disgrace. Any delay to vaccine passports delays the recovery of this industry that is so critical to the UK economy.’

Delays are understood to be down to issues involving verifying users and making the app internationally recognised.

No 10 and the Treasury are said to be at loggerheads over the proposal. On Friday a list of countries will be unveiled ranked green, amber or red depending on the Covid risk. Gibraltar, Malta, Iceland and Portugal have all been tipped to make the first green list.Under the system, those returning from green list countries will have to buy one PCR test after returning, to be taken within two days.

Travellers arriving from countries on the amber list will have to buy a second PCR test for the eighth day after arriving. They will also have to isolate for ten days at home.

All travellers will have to take a test in the country they’re in within 72 hours of flying back. Yesterday the Mail revealed ministers plan to issue free rapid tests for travellers to take with them to cut the hassle and expense of getting a pre-return test in a foreign country.

Tim Alderslade, chief executive of Airlines UK, which represents major carriers, said: ‘The Government now needs to step up and use the levers it has to bring [costs] down still further – in particular removing the levying of VAT and reducing the cost of NHS tests. We need to see these tests reduced to no more than £30 if travel is going to be viable for families this summer.’ A Government spokesman said it was ‘working with the travel industry and private testing providers’ to see how it can reduce the cost of tests.

Last night a global travel chief was scathing about the UK’s traffic light system and said the criteria for green list countries – which includes the ability to perform genomic sequencing to detect variants – could mean many popular hotspots never making the cut.

Gloria Guevara, president of the World Travel & Tourism Council, said: ‘This is putting the UK at a competitive disadvantage with other regions such as the United States and EU that are taking a more pragmatic approach.’