Richard Kamrowski, 65, was filmed hanging on for dear life as the white SUV drove at speeds of up to 70mph on a motorway near Boston, US.

Driver Mark Fitzgerald, 37, appears to repeatedly accelerate and brake and uses his wipers in an attempt to shake the man off onto the busy road.

Fitzgerald can be heard yelling “get off my car” in extraordinary footage filmed by another road user.

The 65-year-old meanwhile is seen trying to use his phone to call for help.

He was only saved by the intervention of some good Samaritans, who boxed in the white Infiniti motor.

The two men reportedly got into an argument after a minor collision on Interstate 90.

Fitzgerald tried to drive away despite a cracked windscreen, and Kamrowski jumped on the bonnet to stop him, according to reports.

He was then taken on a potentially deadly drive, for what police said was "a very significant distance”.

One member of the public pointed a gun at the SUV to convince Fitzgerald to stop the car, NBC Boston reported.

Kamrowski told Sky News: "I thought he was going to run over me.

"I don't think he stopped, he kept going fast, slow, fast, slow, to get me to slide off."

Police were seen securing a firearm in the car and putting the driver in handcuffs.

Fitzgerald was filmed telling officers that Kamrowski "hit his windscreen with a bottle of water".

Kamrowski meanwhile told NBC Boston: "I was assaulted. That's it. I just kept telling him, 'Stop the car, stop the car', and he wouldn't stop."

Police arrested and charged both men.

Fitzgerald was accused of assault with a dangerous weapon, negligent operation and leaving the scene of a crash causing property damage.

Last week, a man was filmed attacking another driver’s Mercedes with a Henry Hoover before he was eventually mown down in a hit and run. 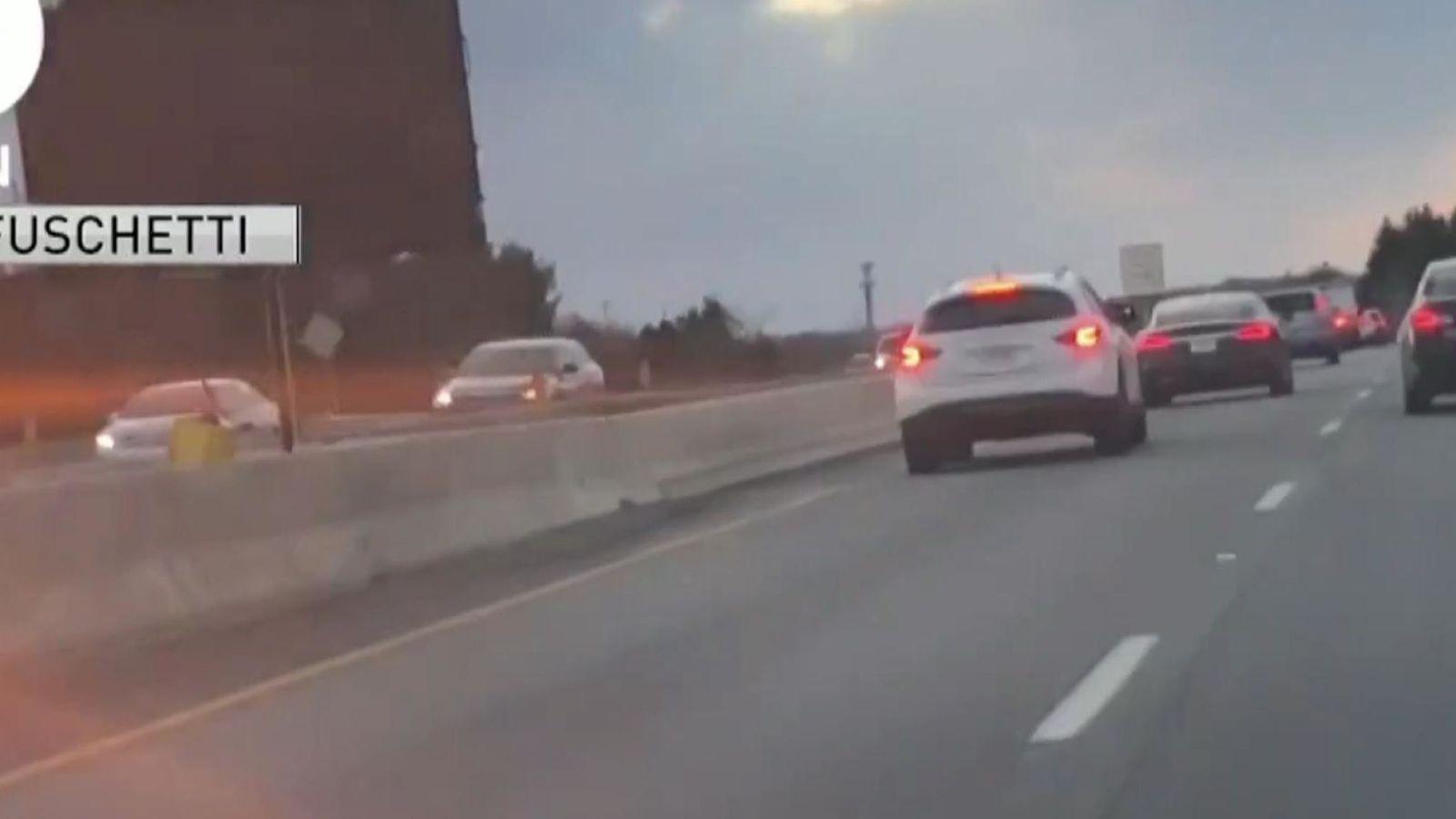 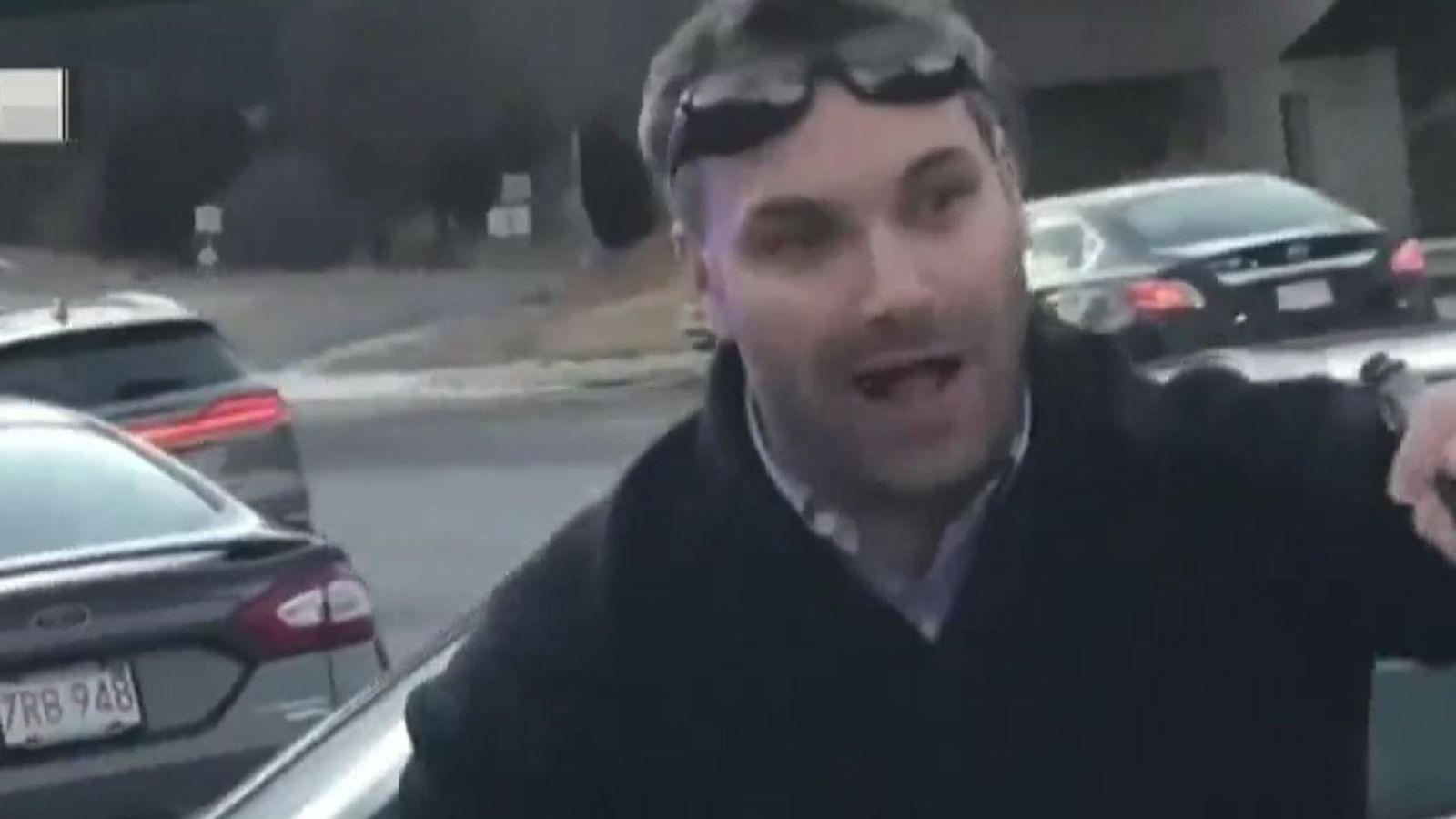 Fitzgerald was accused of assault with a dangerous weapon, negligent operation and leaving the scene of a crash causing property damage