Rob Gronkowski has hung up the cleats on his larger-than-life on-field persona and is taking on a new role in retirement: Mr. Recovery.

The former New England Patriots tight end has spent the five months since announcing his retirement focused on recovering from his injury-riddled NFL career.

He says CBD is the product that has helped him most, and now he’s asking the NFL and other professional sports leagues to update their stances on the substance.

“It’s just time,” he said. “It would have made a huge difference for me, I believe, during my playing career. I want the same opportunity for my friends and teammates out there.”

The three-time Super Bowl champion made the plea while announcing his next endeavor with Abacus Health Products to promote its “all-natural, fitness-oriented” CBD Medic line for pain management. A “Gronk-inspired” CBD health and wellness line is also planned for 2020. 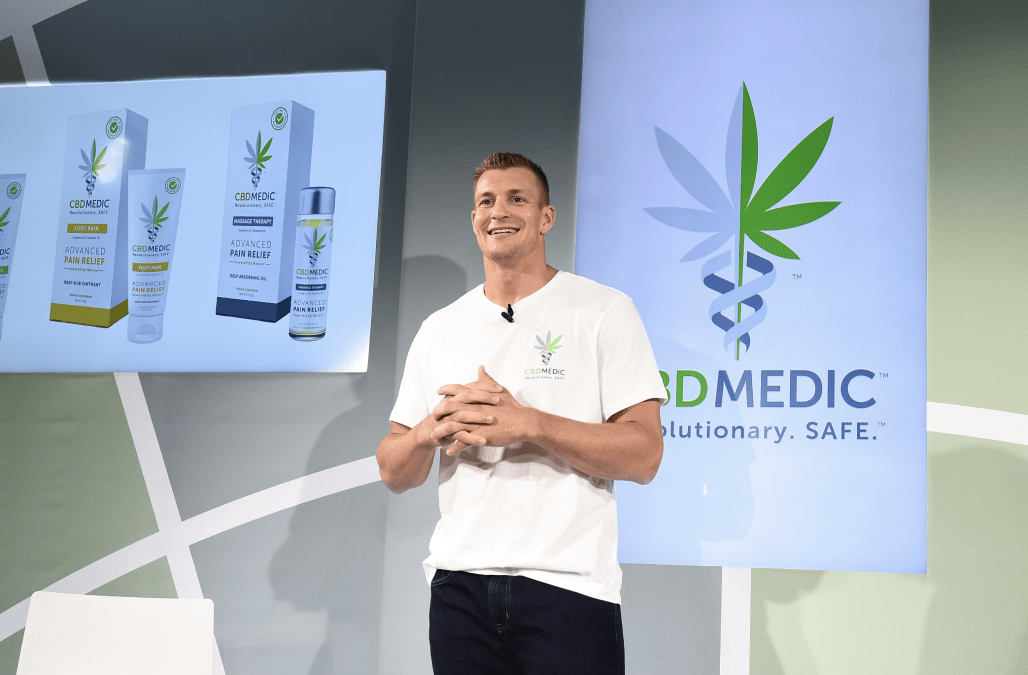 Gronkowski explained through tears that he lost his passion and joy for football due to the severe pain he often found himself in, much like the reasons Andrew Luck gave for his own sudden retirement at age 29.

“He was clearly in a lot of pain,” he said of the former Indianapolis Colts quarterback. “I feel for Andrew Luck.”

Gronkowski, thanks to the help of CBD, also didn’t rule out a return to the NFL – but stressed that he would need to rediscover his love for the game in order for a comeback to actually happen.