Robert Durst jurors to get refresher in deaths tied to millionaire

Durst is accused of killing a friend 20 years ago and was recorded saying ‘I killed them all, of course’ in 2015 documentary. Jacqui Heinrich reports.

INGLEWOOD, Calif.  — After an unprecedented 14-month recess in the murder trial of multimillionaire Robert Durst, the judge in the case welcomed back jurors and asked: “Where did we leave off?”

The laughter that followed may have reflected that memories from six days at trial in Los Angeles County Superior Court before the case was adjourned in March last year had dimmed in the shadow of the coronavirus pandemic.

Whatever they may have forgotten about Durst — from the cloud of suspicion that has dogged him for decades to his claims of innocently being trailed by bad luck — they will be reminded Tuesday in a new round of opening arguments.

The unusual move is just one of several made to get the trial back on track without having to go through the painstaking process of picking a new jury.

Judge Mark Windham moved the case to a larger courtroom in Inglewood to accommodate the distancing needed to resume. Lawyers are spaced out in jury boxes on both sides of the courtroom, Plexiglas separates participants, and the 21 jurors in the case, including nine alternates, are seated several seats and rows apart in the gallery. Only one journalist and one member of the public are allowed in the courtroom. 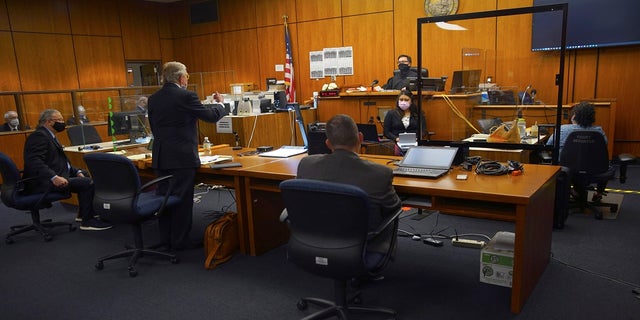 Durst, 78, an heir to a New York commercial real estate empire, is charged with first-degree murder in the slaying of his best friend, Susan Berman. She was shot in the back of the head at her Los Angeles home in December 2000.

Durst has pleaded not guilty. His lawyer said Durst didn’t kill her and doesn’t know who did, though he conceded at opening statements last year that Durst found her body, putting him at the crime scene for the first time.

Durst, who is frail and sickly, did not appear in court Monday.

Windham denied a defense request to suspend the case further because Durst has bladder cancer, among myriad other health problems that require hospitalization.

Deputy District Attorney John Lewin scoffed at claims Durst needed to be released to a hospital for treatment, saying he was getting high-quality care at the jail. 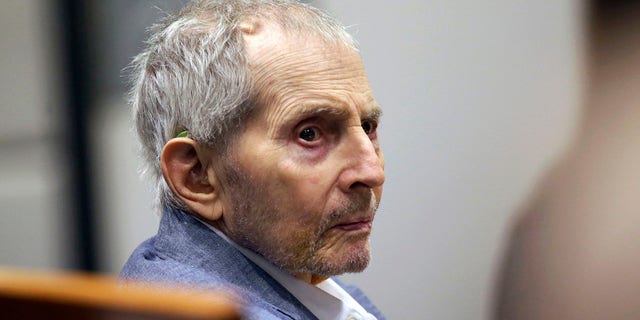 “It’s a get out of jail free card,” Lewin said. “The goal here is simply to have this trial go away.”

The two sides have often gotten into heated arguments. Tensions exploded Monday afternoon into hollering and mutual accusations of lying over an evidence issue.

As Windham tried to regain control of the courtroom, he pointed at Lewin and DeGuerin with both hands and said, “Sit down! No speaking. Sit down. … We are going to be silent now.”

The judge, who chimes a gong when adjourning for the day, took a brief meditative moment and then let DeGuerin speak.

Durst’s lawyers have repeatedly — and unsuccessfully — sought a mistrial. They said the unprecedented delay would harm Durst’s ability to get a fair trial because jurors preoccupied with their own health and safety wouldn’t be able to pick up where they left off.

Windham denied each of those motions, saying he would bring the jury back to court when it was safe to do so.

“I do not want to go with another jury selection process,” he said at a hearing in June. “If we have to wait, we’ll wait.”

After waiting 430 days, Windham, wearing a black mask, stepped off the bench Monday, approached the jurors and addressed the pandemic’s toll.

“You’ve likely had losses or like me know people that have lost loved ones,” he said.

He asked jurors to write in their notepads if they had seen stories about the Durst case or discussed it with anyone during the break and if they had any health concerns or hardships that would prevent them from serving another four to five months.

After speaking with nine jurors in his chambers, he dismissed one.

Durst is only on trial in the killing of Berman, the daughter of a Las Vegas mobster whom he became friends with in college, but prosecutors are using the disappearance of his wife and the killing of an elderly neighbor in Texas to bolster their case. 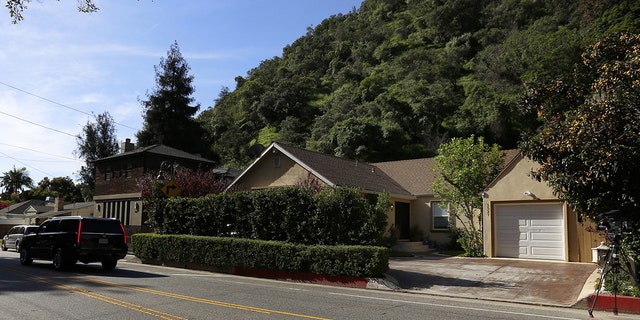 He was arrested in New Orleans in 2015 on the eve of the final episode of “The Jinx: The Life and Deaths of Robert Durst,” an HBO documentary probing the three cases.

Berman served as Durst’s spokeswoman when his wife, Kathie, vanished in New York in 1982 and she helped him cover his tracks, prosecutors said.

Durst has long been suspected of killing his wife, whose body was never found, though he’s denied any role in her disappearance.

Prosecutors in Westchester County, New York, said Monday they were reviewing the killing of Kathie Durst as one of several unsolved homicides.

When news broke in the fall of 2000 that the Westchester district attorney had reopened the case, Durst went into hiding in Texas and knocked off Berman before she could tell police she helped him cover up the killing, prosecutors claim.

Nine months later, he fatally shot his neighbor, Morris Black, in the Galveston, Texas, boarding house where they lived. He was acquitted in the case after he testified he shot the man in self-defense and then in a panic cut up the man’s body and tossed it out to sea.

Los Angeles prosecutors said he killed Black because the older man had discovered his identity.

Durst’s lawyers have said he will testify again in this trial, a rare and risky move for a defendant.

Lewin, who has had loud and testy exchanges with DeGuerin and other members of the defense team, said Monday that he was savoring the chance to cross-examine Durst.

“Get your popcorn and candy and a lounge chair because it’s going to be a while,” Lewin said.