Great i for a snap: Year’s best iPhone photos are revealed with heart-wrenching photo of Rohingya children in a refugee camp taking top spot

A heart-wrenching photo of Rohingya children watching an awareness film about health and sanitation in a refugee camp has topped an international search for the best photo taken on an iPhone.

The photo, titled ‘Displaced’ was taken by Jashim Salam a documentary photographer based in Bangladesh.

The image beat off thousands of entries in the international competition that saw photographers only use iPhones to capture their shots.

First place after Mr Salam was Alexander Weber, a 47-year-old anthropologist, studying the history of art. He took a picture called ‘Baiana in yellow and blue’ in Salvador de Bahia, Brazil. It shows a woman in traditional clothes of the regional looking after a passing truck.

Second place went to Huapeng Zhao is a documentary and landscape photographer from Shandong Province, China. He says he takes iPhone photos each day to record the touching and interesting moments of life. The striking black and white image shows a young boy with a fish in the sea.

Zarni Myo Win, a travel photographer from Myanmar got the third place. The image shows a young boy who lost his leg was watching his friends play soccer, and he said he wanted to play soccer if he could.

The iPhone Photography Awards is now in it’s eleventh year and has seen entries from more than hundred countries.

Kenan Aktulun, the awards founder, said ‘iPhone users have become very fluent in visual storytelling. This year’s photos were technically impressive and many of them were very personal.’ 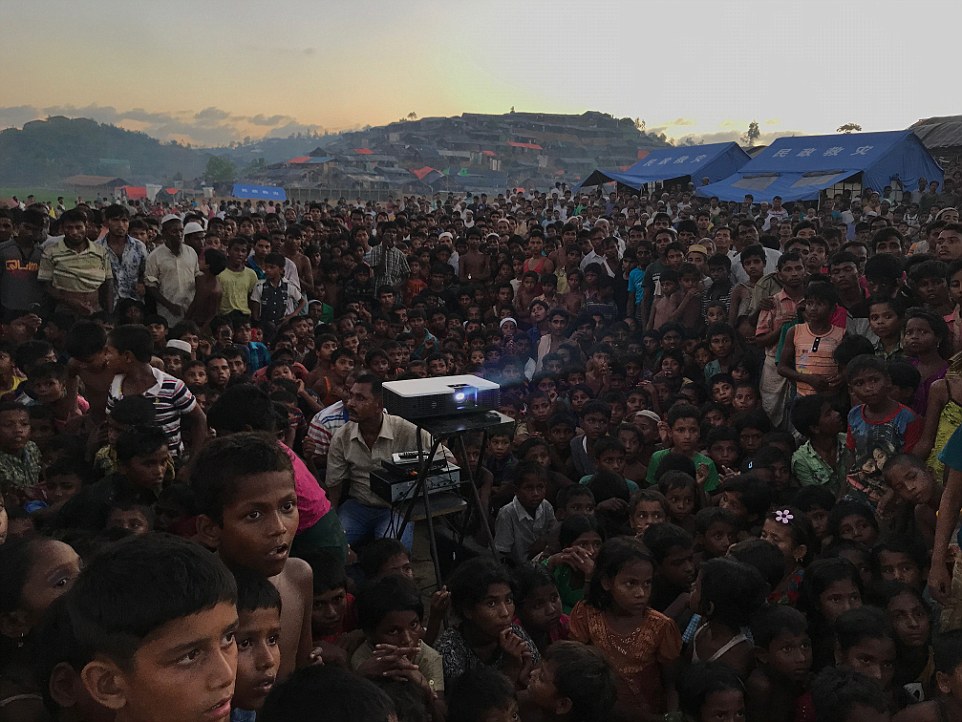 Grand Prize Winner, Photographer of the Year: Jashim Salam for Displaced ‘Rohingya children watching an awareness film about health and sanitation near Tangkhali refugee camp in Ukhiya’ he said. 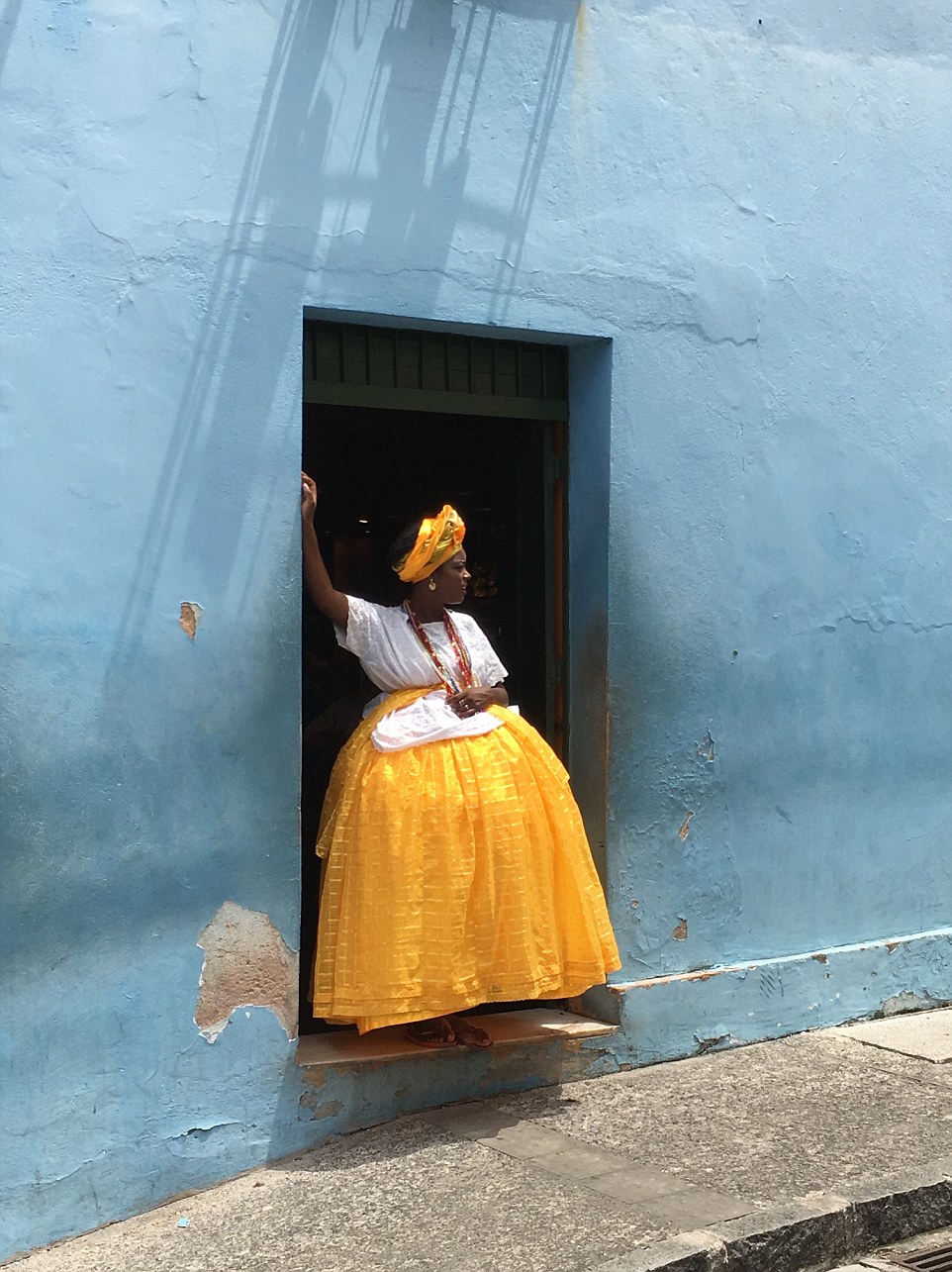 First Place, Photographer of the Year goes to Alexandre Weber from Switzerland for Baiana in yellow and blue ‘The picture was taken in Salvador de Bahia, Brazil, spontaneously, after a truck drove by. The woman with traditional clothes of a ‘baiana’, was looking after the truck, during her work break.’ 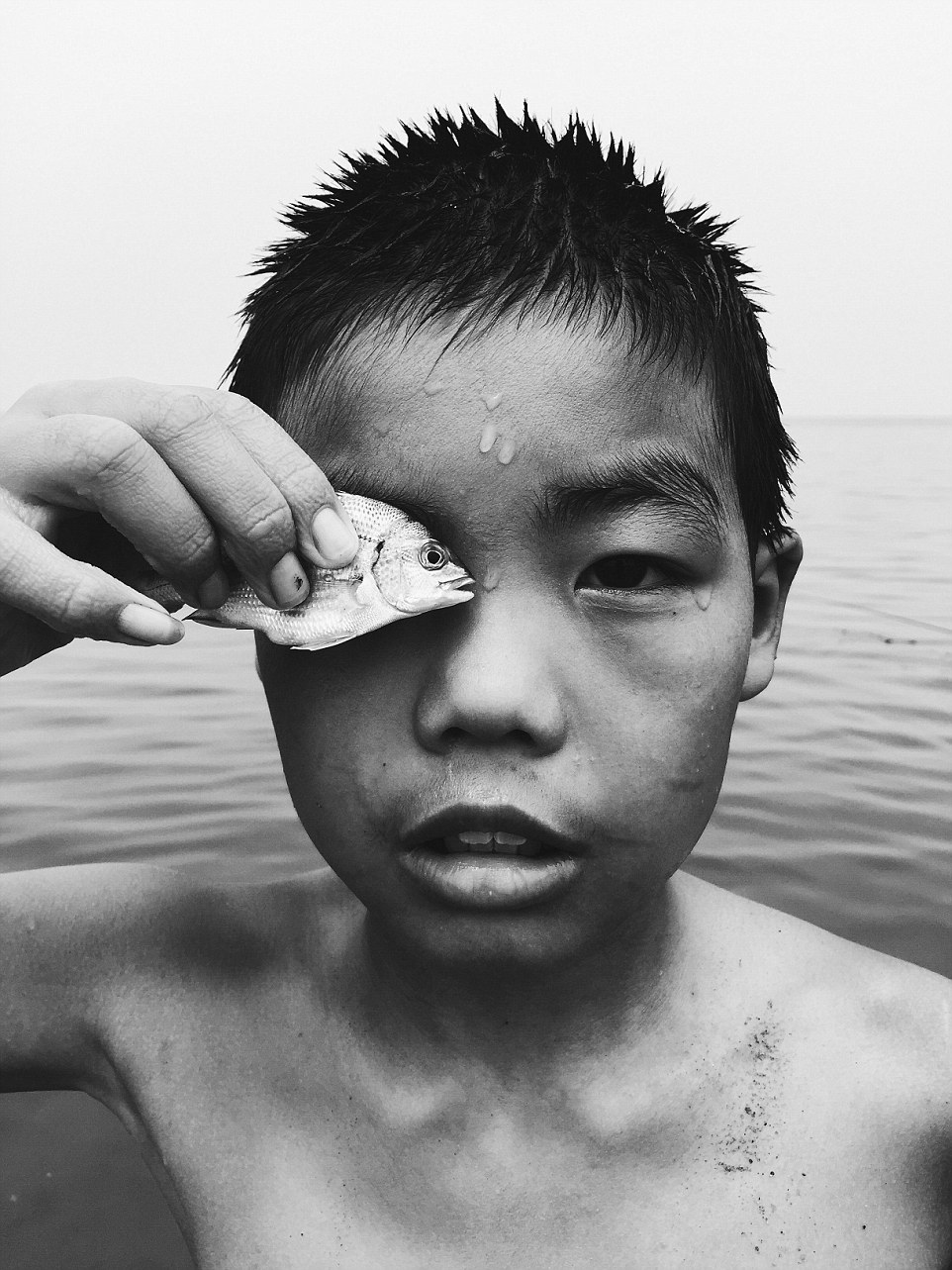 Second Place, Photographer of the Year went to Huapeng Zhao China for Eye to eye ‘I met this boy while walking at the seaside. When I was trying to take a picture of him, he put the fish he caught in front of his eye.’ 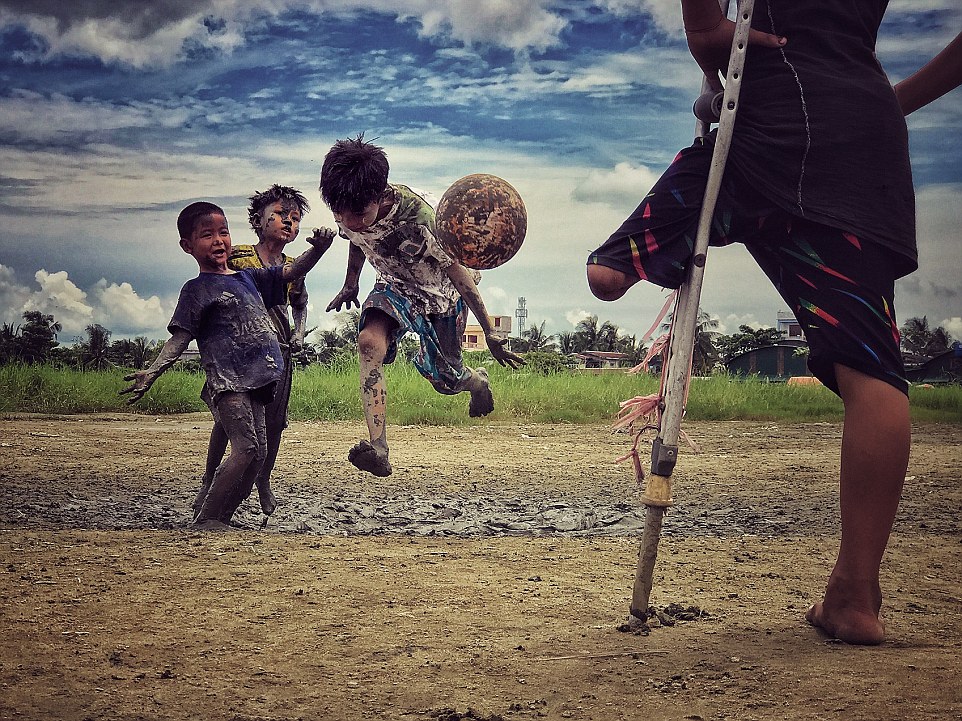 Third Place, Photographer of the Year went to Zarni Myo Win from Myanmar for I want to play ‘A young boy who lost his leg was watching his friends play soccer, and he said he wanted to play soccer if he could.’ 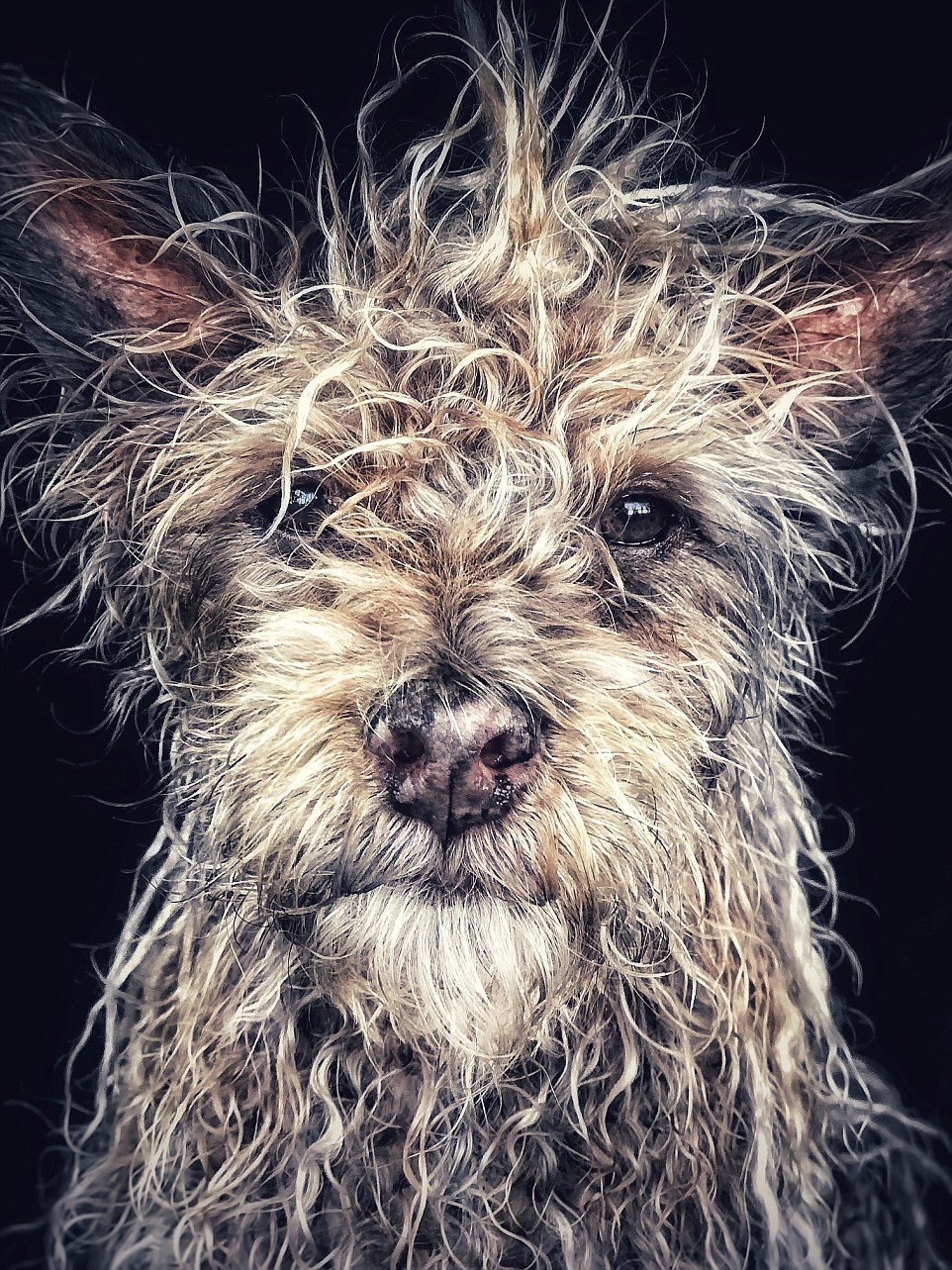 First Place – Animals goes to ‘Django’ shot by Robin Robertis. The old man baby dog. His owner says: ‘Django is a Shaolin Temple Terrier, born and raised in a Buddhist monastery in the northern province of Hunan China. Django likes long walks on the beach and listening to Miles Davis.’ Location: Carlsbad, California 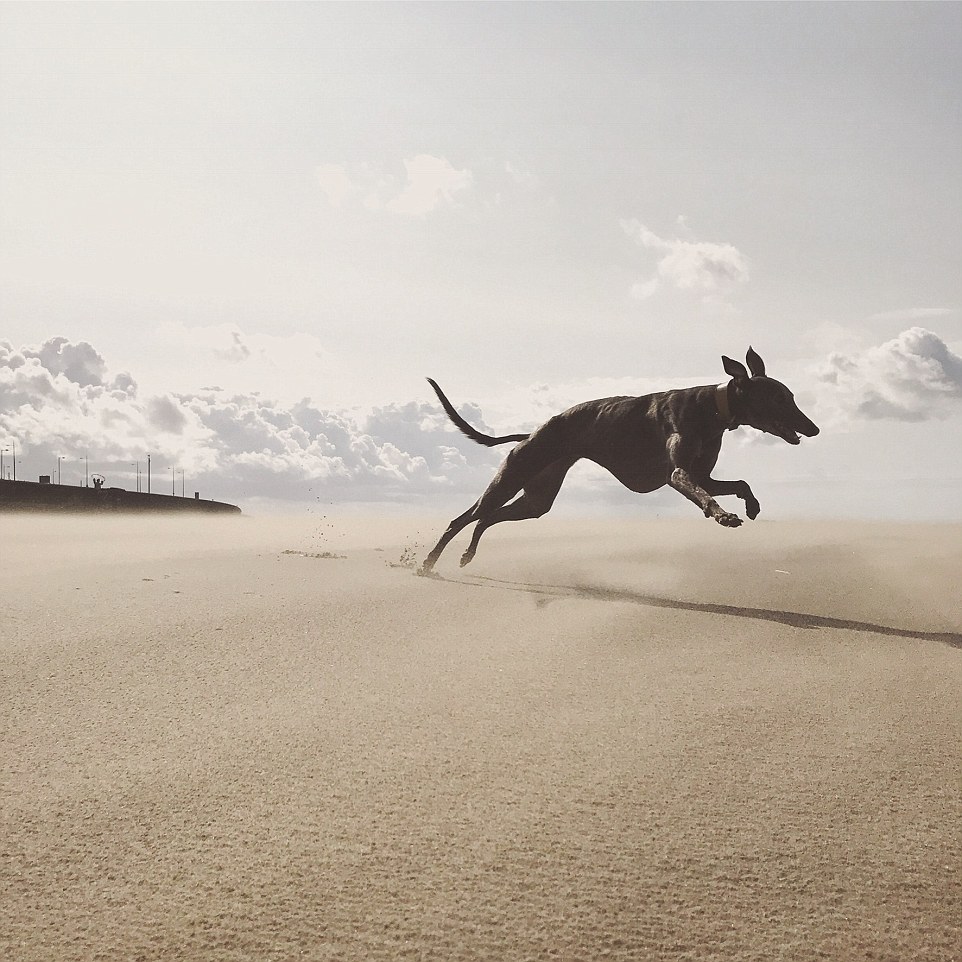 Second Place – Animals goes to Katie Wall from the Wirral for 0 to not-quite-Seagull-speed in 60 seconds ‘Enjoying a near empty beach on a particularly windy day, our whippets were enjoying the wide open spaces to zoom around us in huge circles, chasing distant seagulls’ she said. 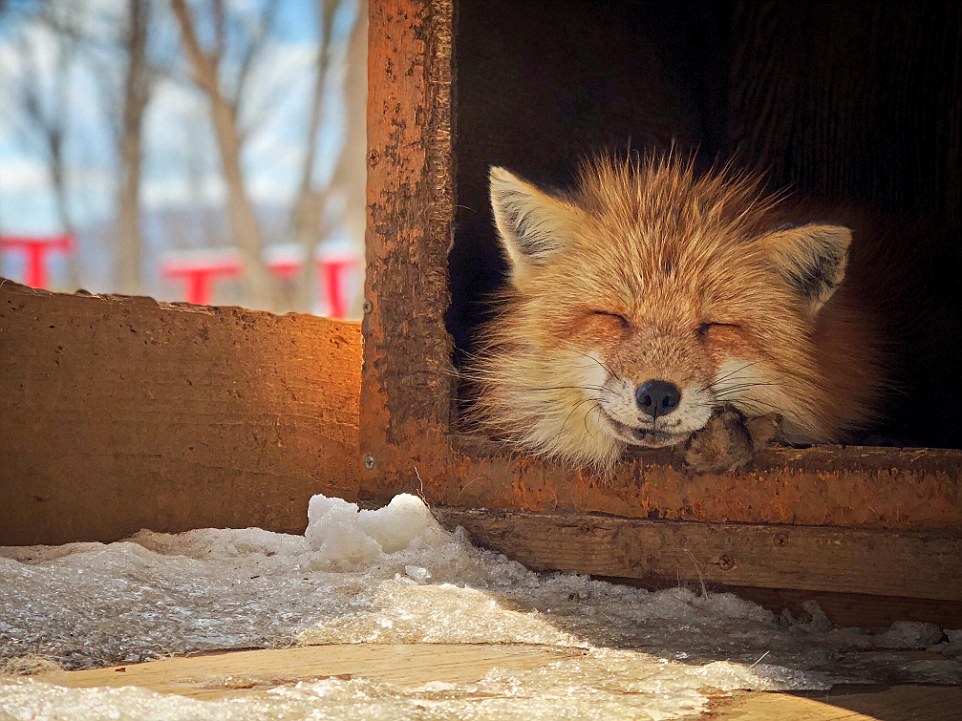 Third Place – Animals: Erica Wu from Tawain for Smiling Fox ‘This fox was sleeping inside the box and poked his head out to enjoy the sunshine during the snowing season.’ Location: Miyagi Zao Fox Village, Japan 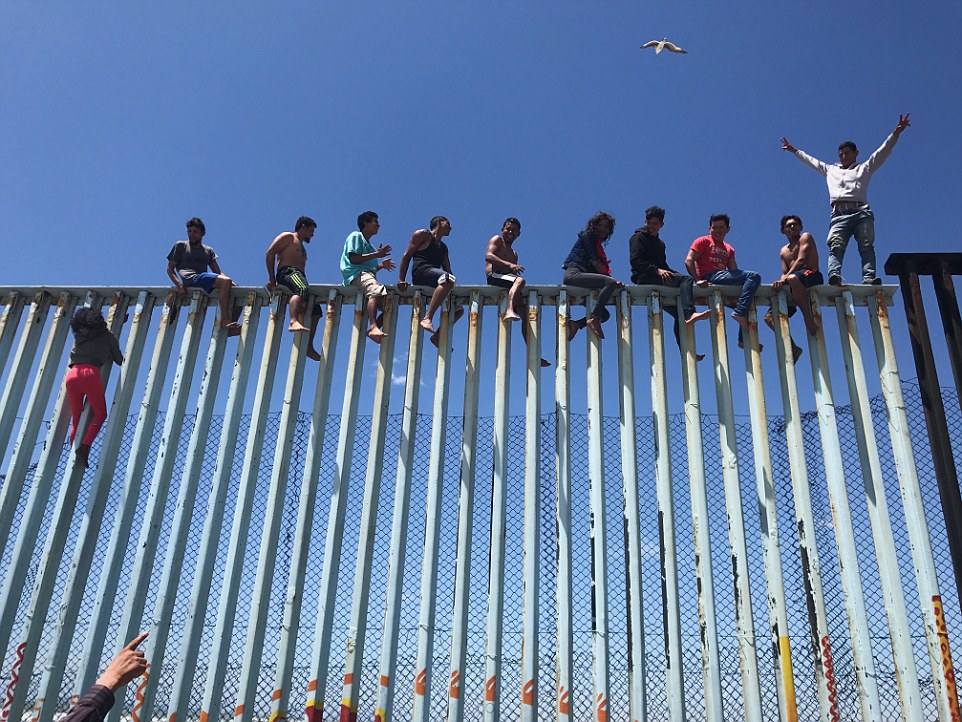 Third Place – News/Events went to Verónica G. Cárdenas for ‘Refugee Caravan’ They said: ‘Members of the Refugee Caravan 2017 climb the border fence dividing Mexico and the U.S. to celebrate their arrival in Tijuana.’ 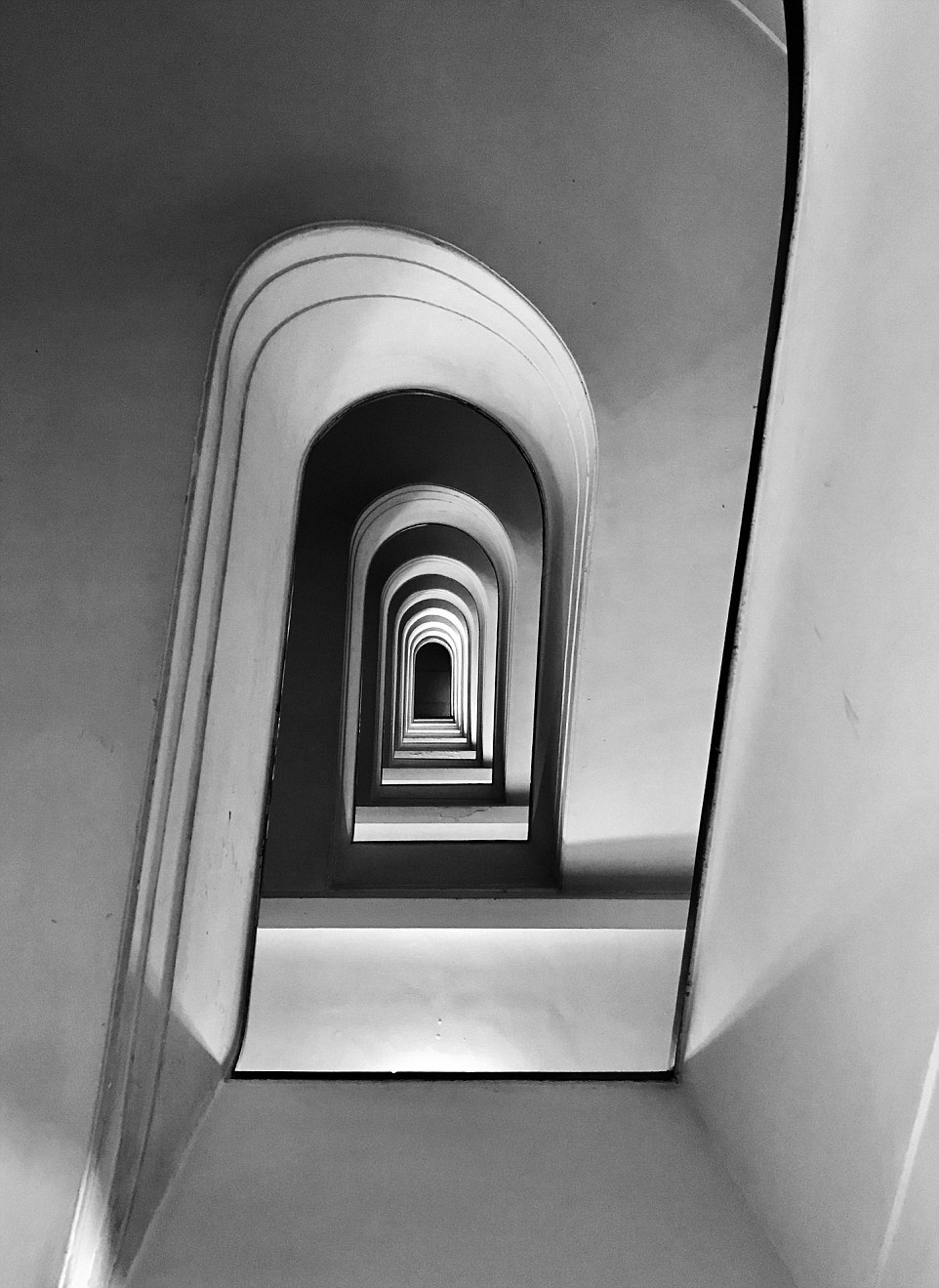 First Place – Architecture: Massimo Graziani from Italy for Rampage ‘A stair ramp from Rome in Via Allegri’ 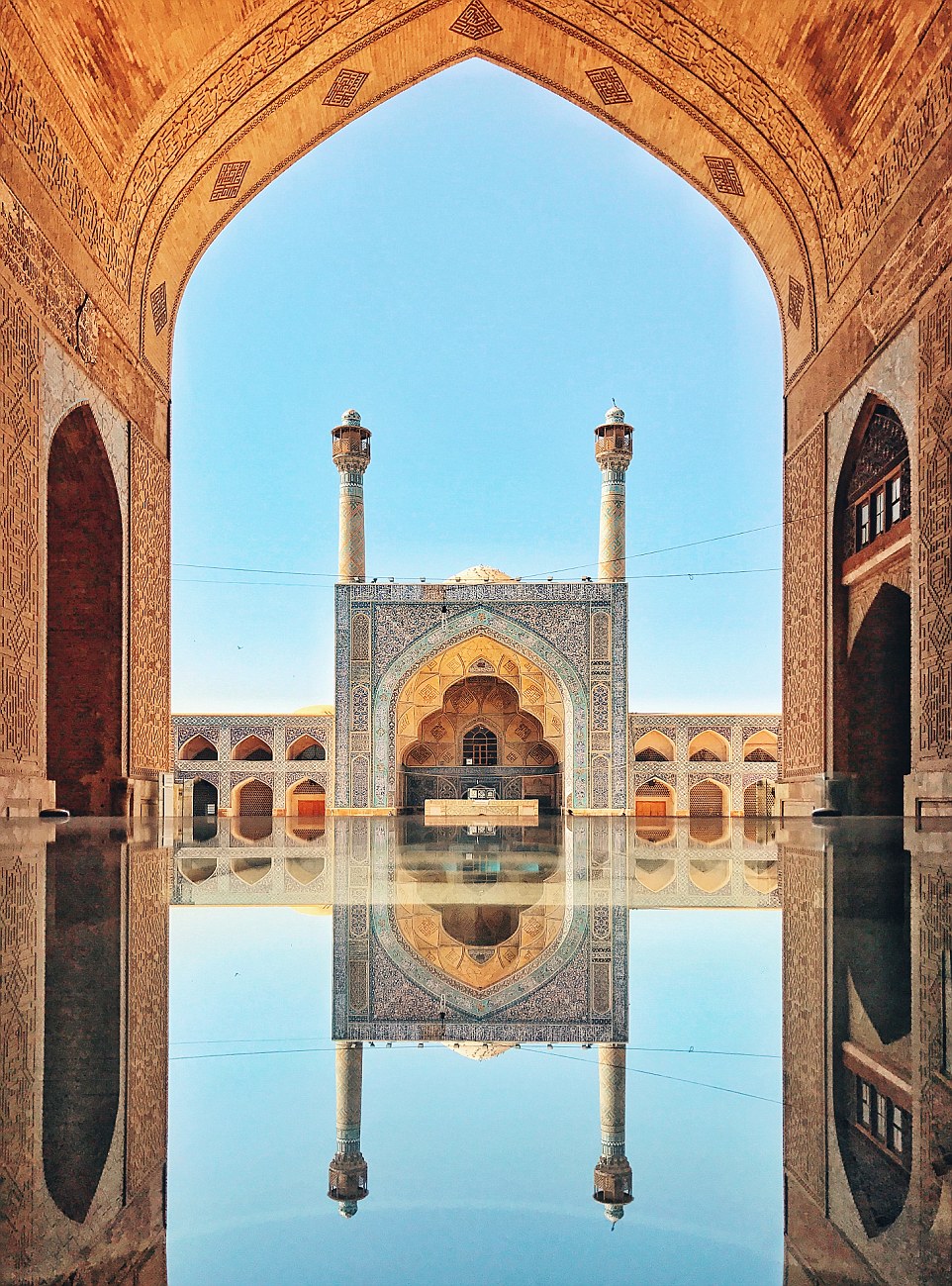 Second Place – Architecture: KuangLong Zhang from China who captured the  Jameh Mosque of Isfahan. He said ‘This one of the oldest mosques in Iran and is the result of continual construction, reconstruction, additions and renovations on the site from around 771 C.E. to the end of the 20th century.’ 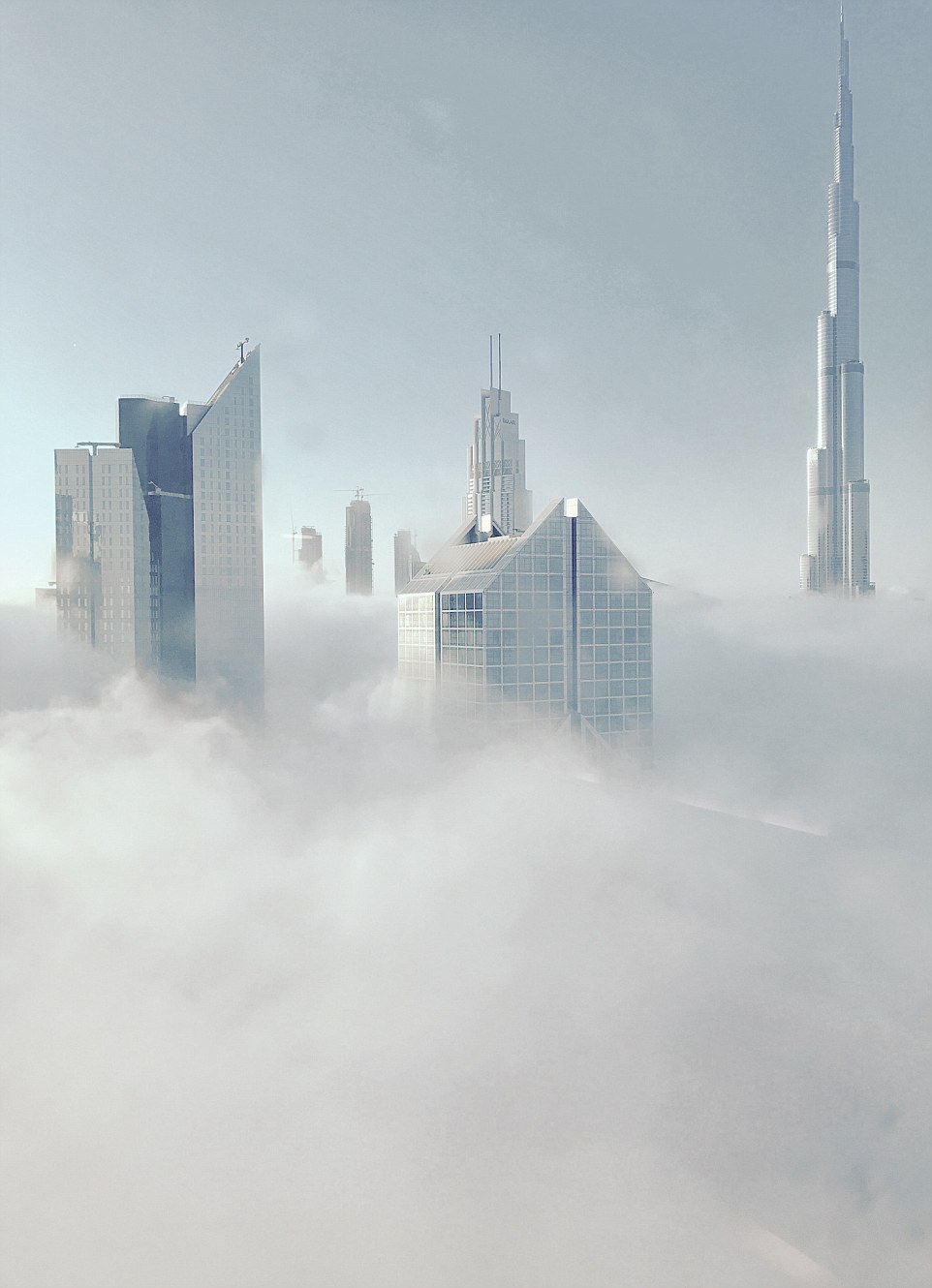 Third Place – Architecture went to Nasra Al Sharji from Oman for his image of  Burj Khalifa Dubai ‘I took this picture around 6:48 am from my hotel window as I was getting ready to head to work.’ 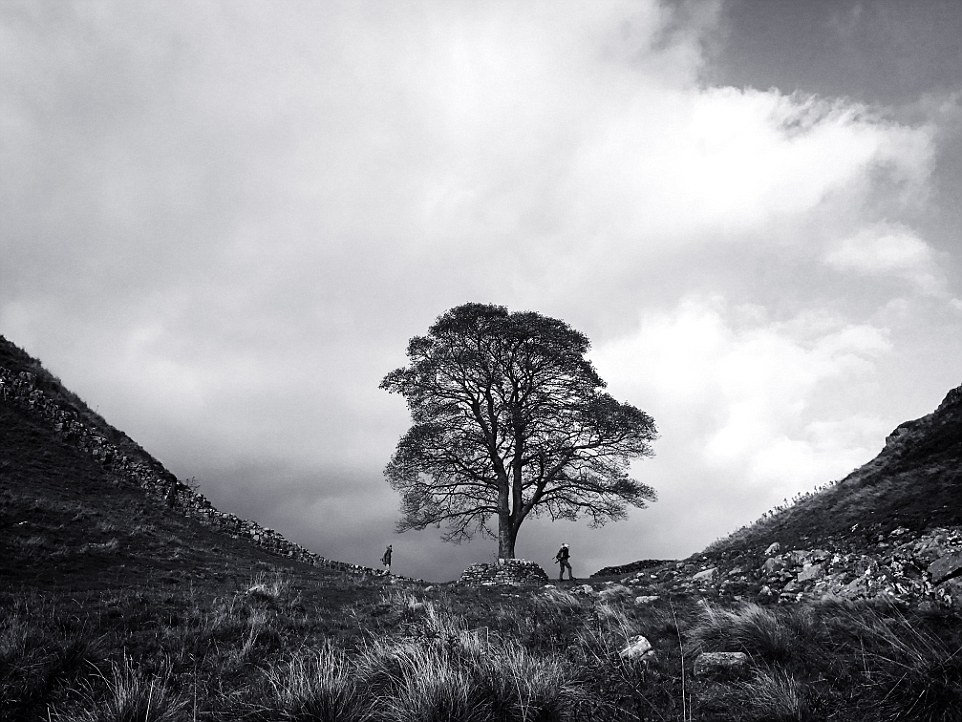 Second Place – Landscape went to Asuman Robson Turkey for At Sycamore Gap. He said ‘Taken on a hike along Hadrian’s Wall in the North East of England. It was a typical moody day and I liked how the tree and hikers looked in front of the clouds in this dramatic dip of the Roman wall.’ 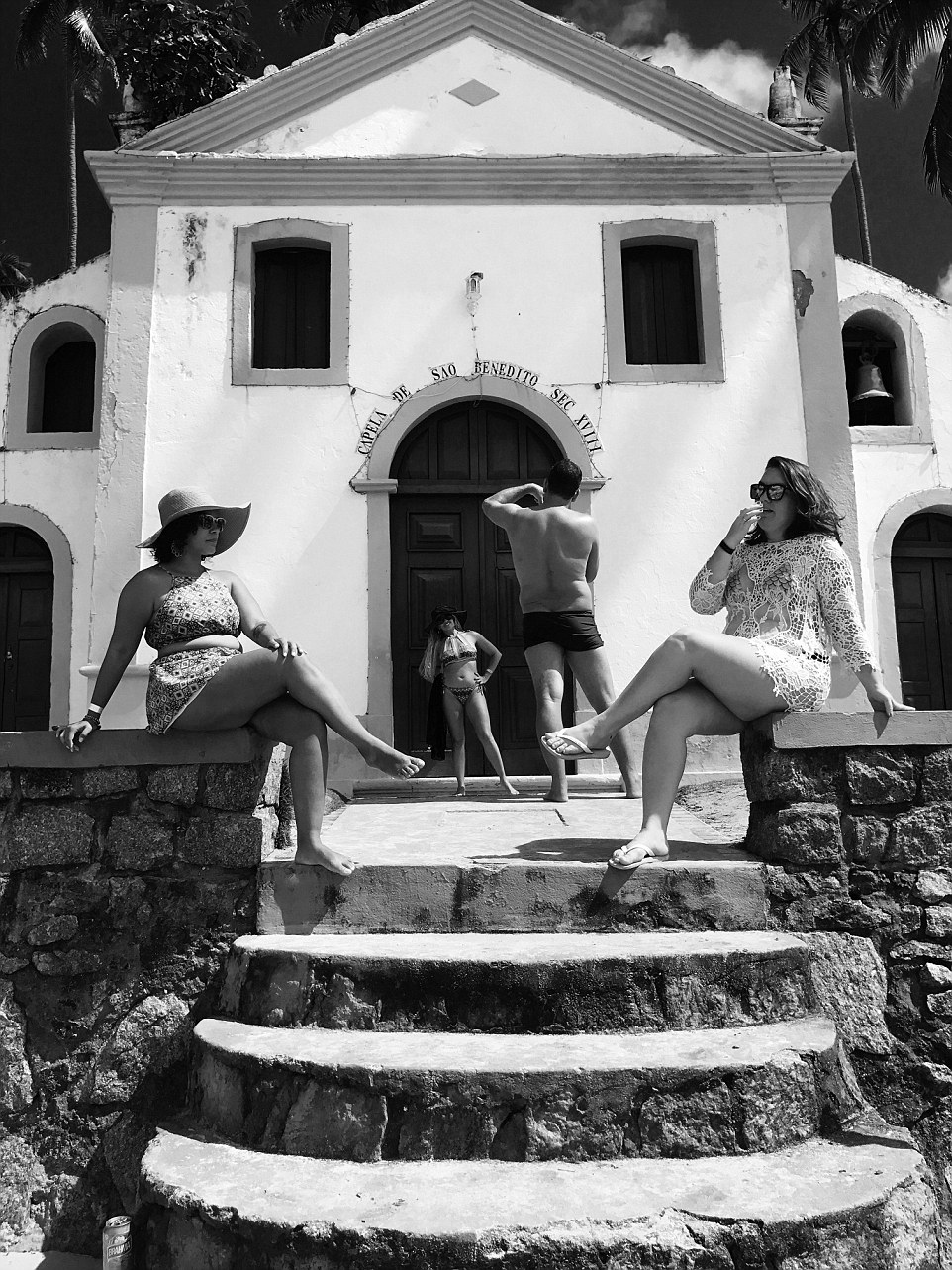 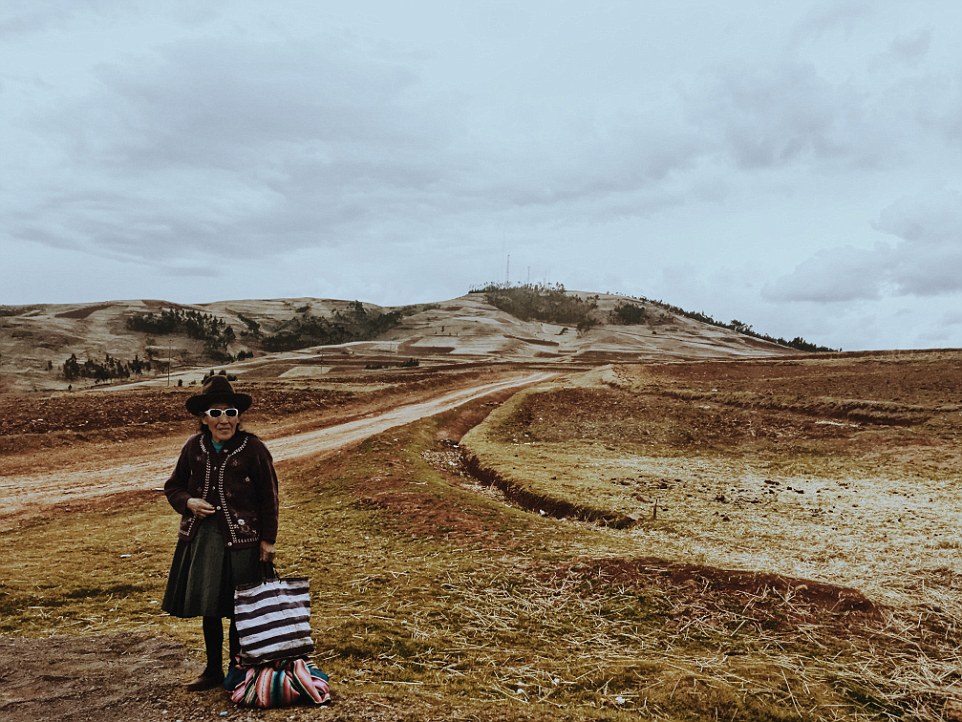 Second Place – People went to Lee Yu Chieh of  Taiwan for Waiting ‘I took this shot of a woman in traditional clothes, in a baren landscape in Peru’. 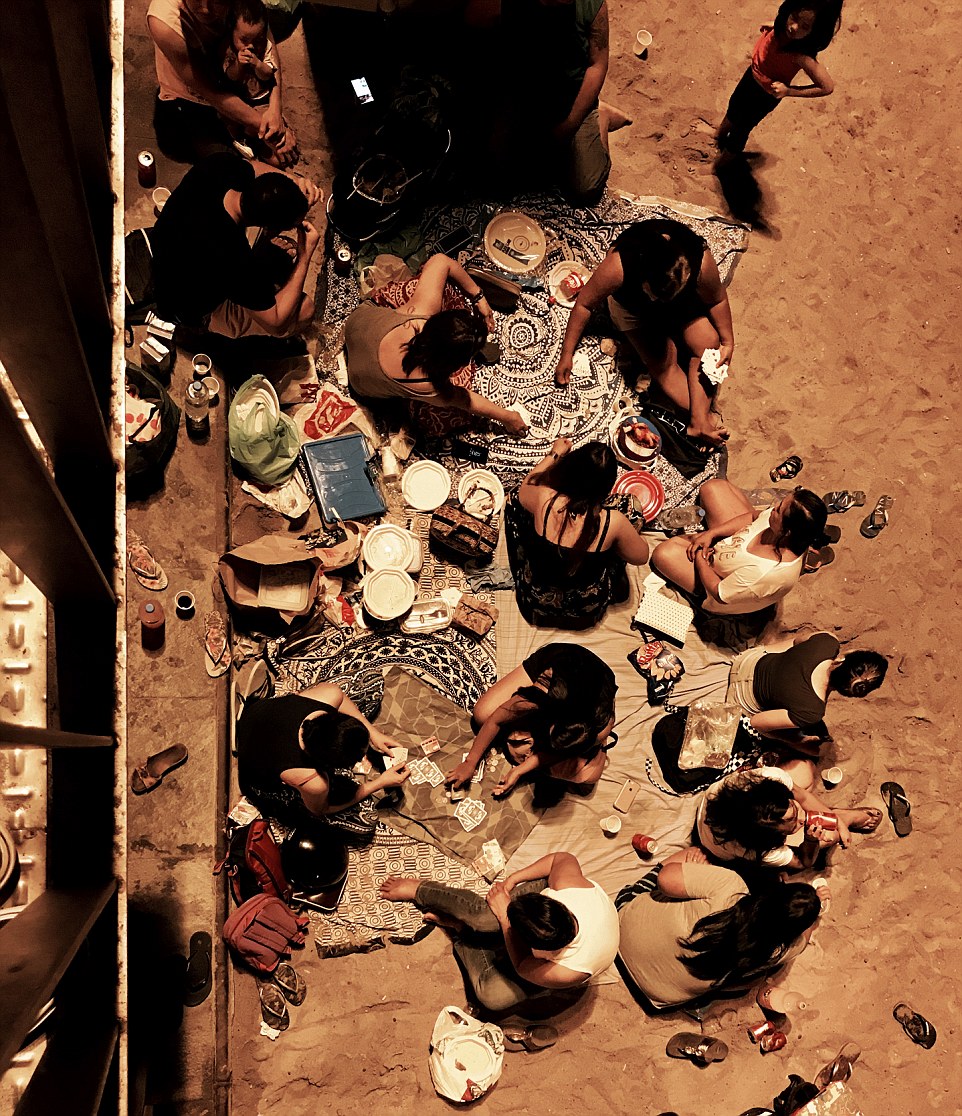 Third Place – People went to Pascal Desapio from Switzerland for ‘Night at the beach’: The picture shows a snapshot of a extended family picnicking on the beach promenade, ‘la barceloneta’ 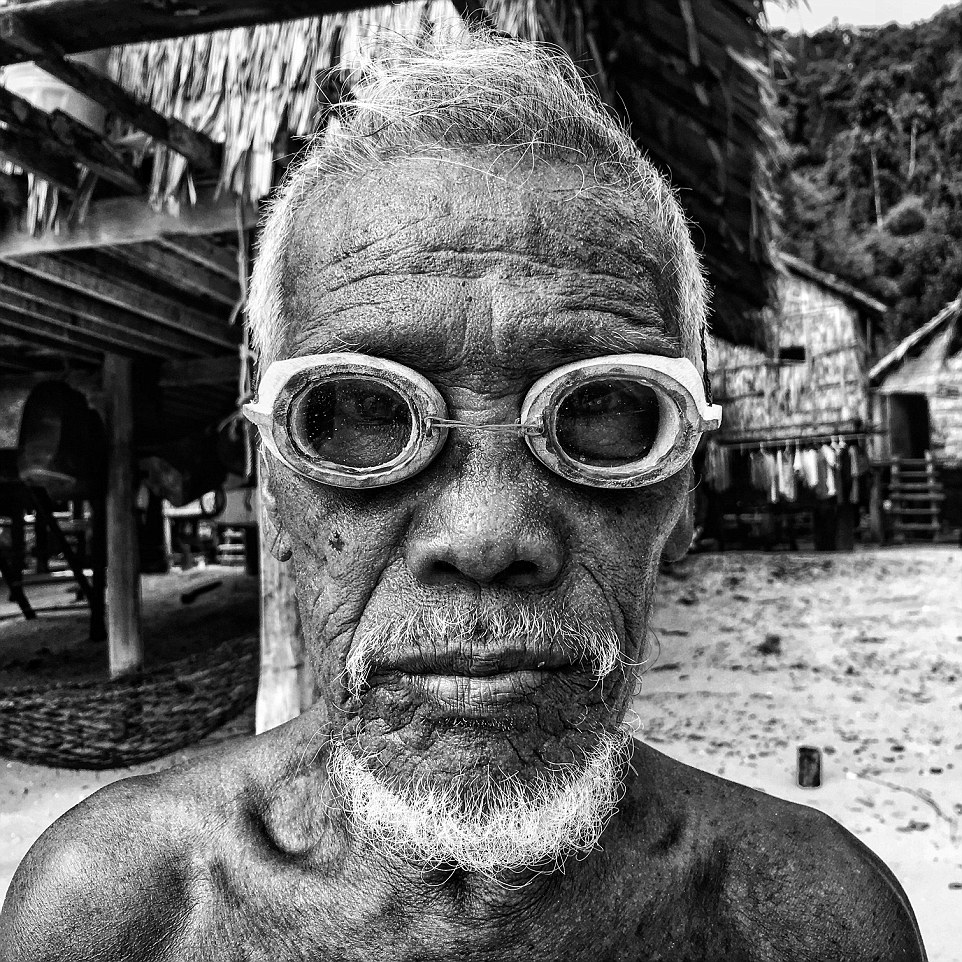 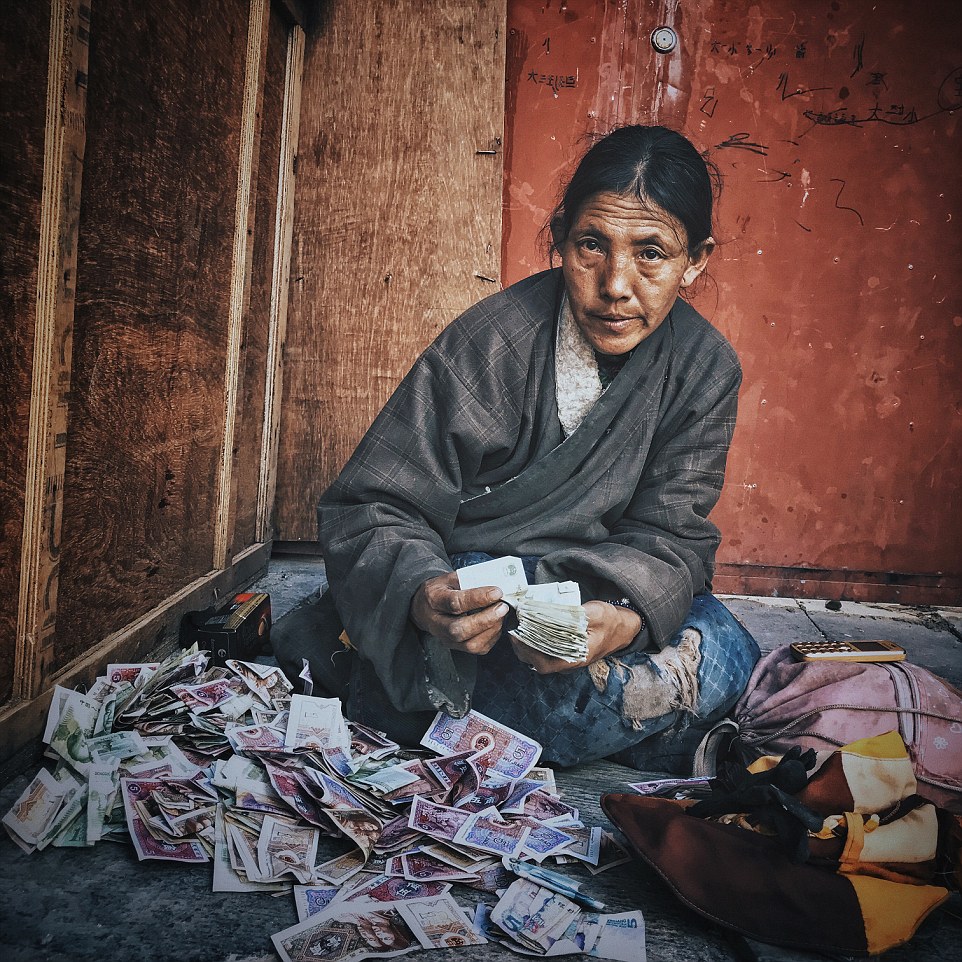 Second Place – Portrait went to KuangLong Zhang from China for The Tibetan Woman. ‘Every year, there are a lot of Tibetans going to Lhasa in Tibet for pilgrimages from distant places. It takes a very long time to reach Lhasa, several months or even several years. After arriving in Lhasa, some people have no money to return to their hometowns’ she said. 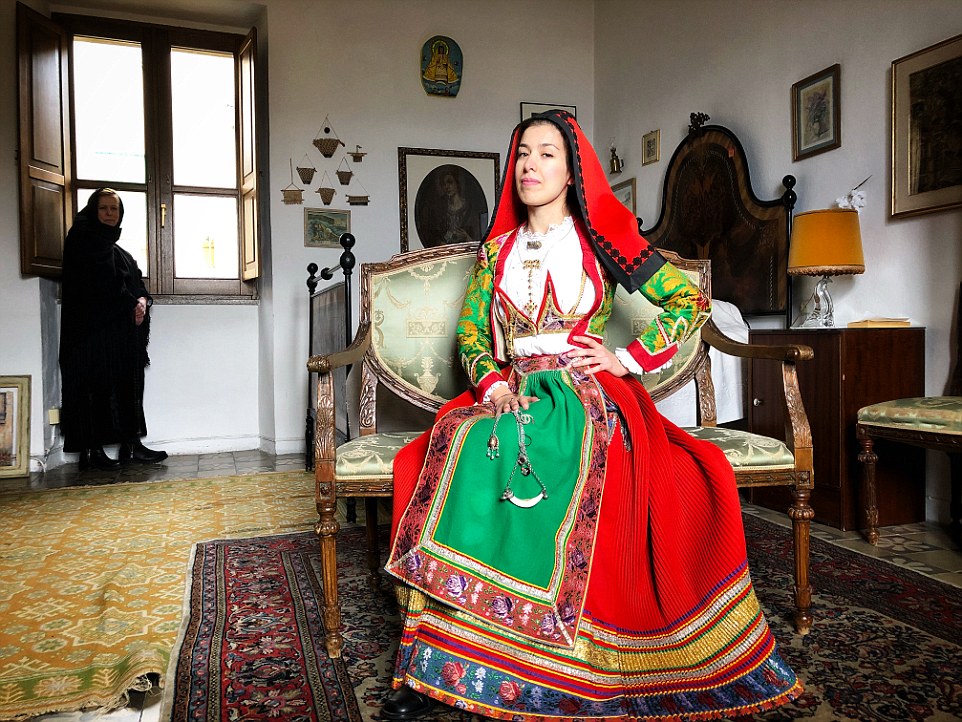 Third Place – Portrait went to Marina Spironetti Italy for Women of Gavoi. ‘Part of a long-term project about century- long traditions in the region of Barbagia. Barbagia is the inland-most region of the island of Sardinia, Italy – an area proud of its heritage and still faithful to its costumes and traditions’ she said. 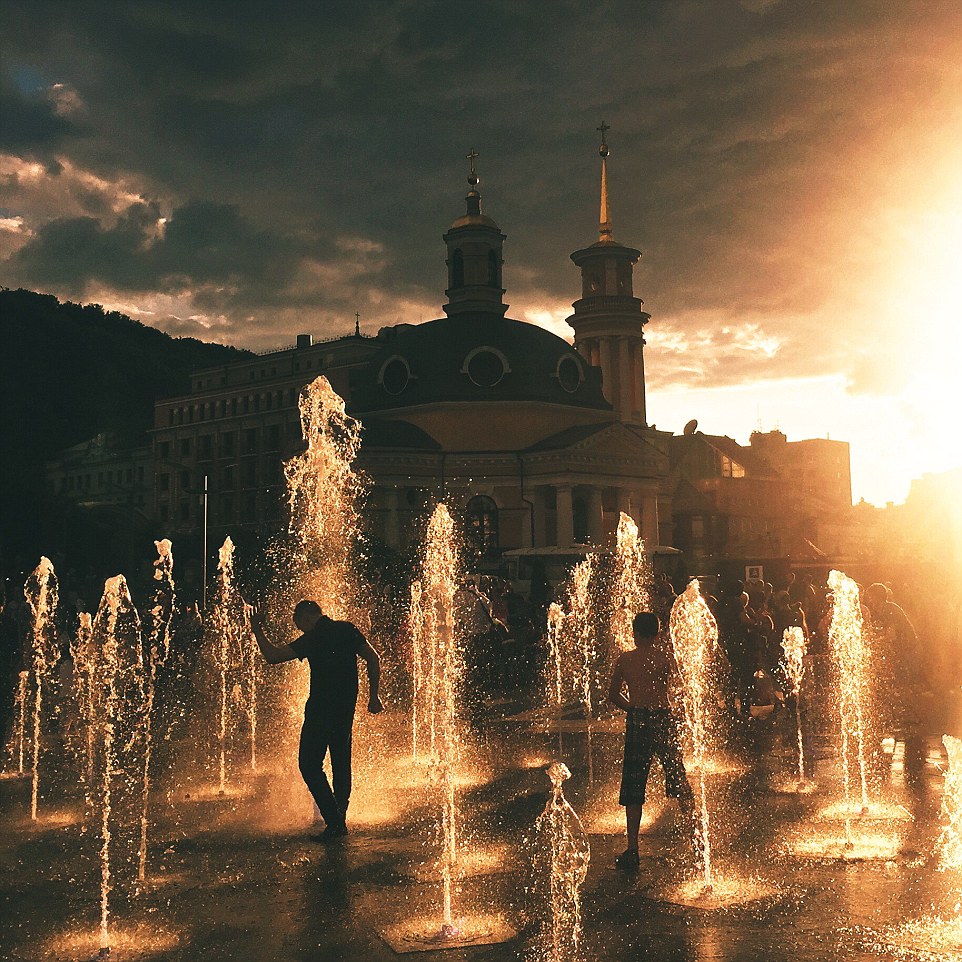 Third Place – Sunset went to Ruslan Zabulonov from Ukraine for Sunset vibes ‘Children are having fun in the fountain on a hot summer day.’ 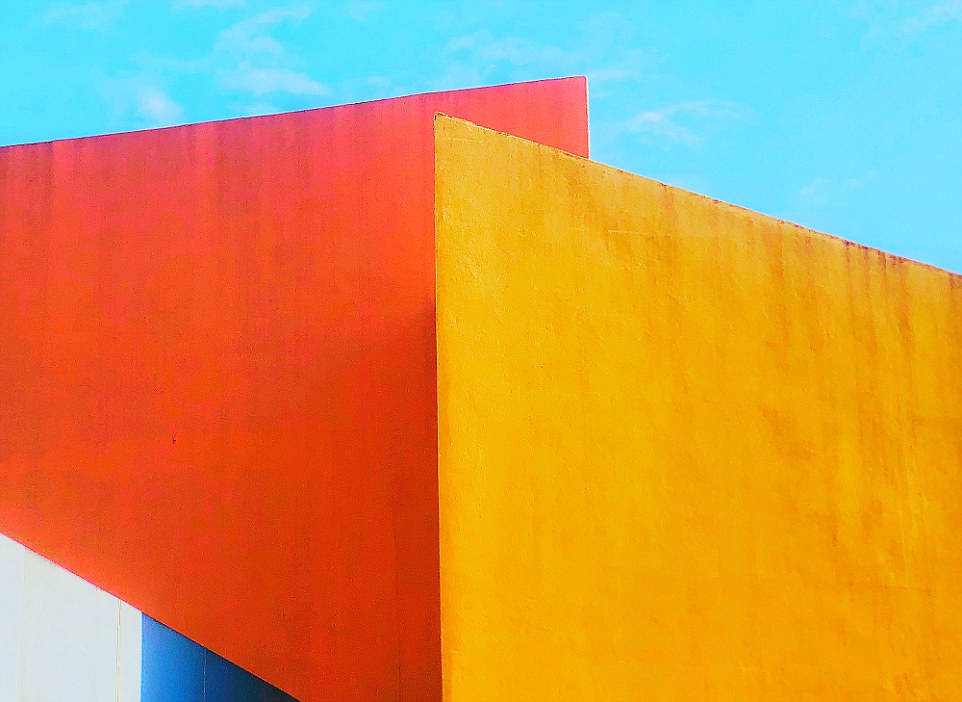 Second Place – Abstract The Union of Colors went to Edwin Loyola from the  Philippines ‘Taken in one of Philippines biggest malls. I was strolling around the mall, and was amazed with the colors and patterns’ 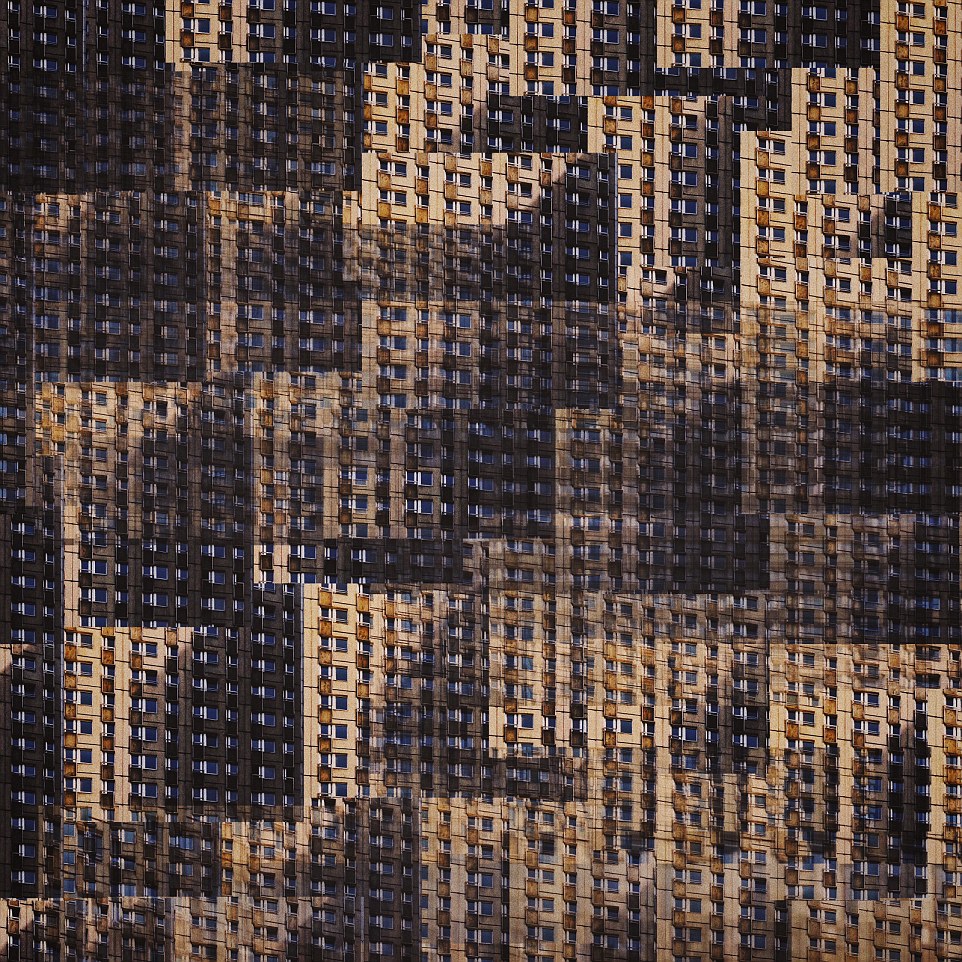 Third Place – Abstract Collapcity went to Jedrzej Franek from Poland ‘This photo is a facade of one of the most recognizable buildings in Pozna, the former Polonez Hotel (closed, and re-opened as a student dormitory center). Considered very modern and luxurious in the 80’s it has fallen in disrepair in the 2000’s.’ 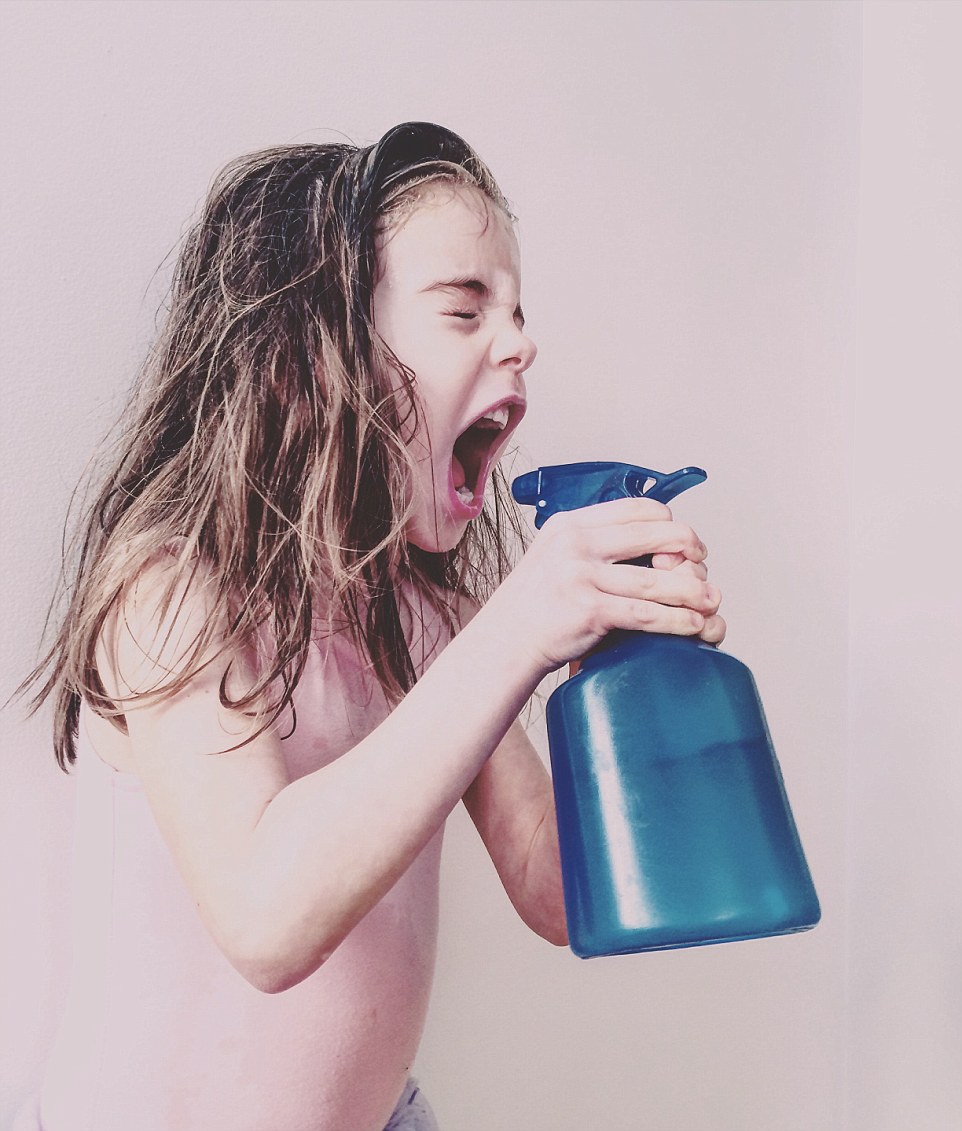 First place – children: went to Melisa Barrilli from Toronto Canada for ‘Children Spray Fury’ ‘My daughter was wearing her ballet leotard and she was spraying her siblings and herself.’ 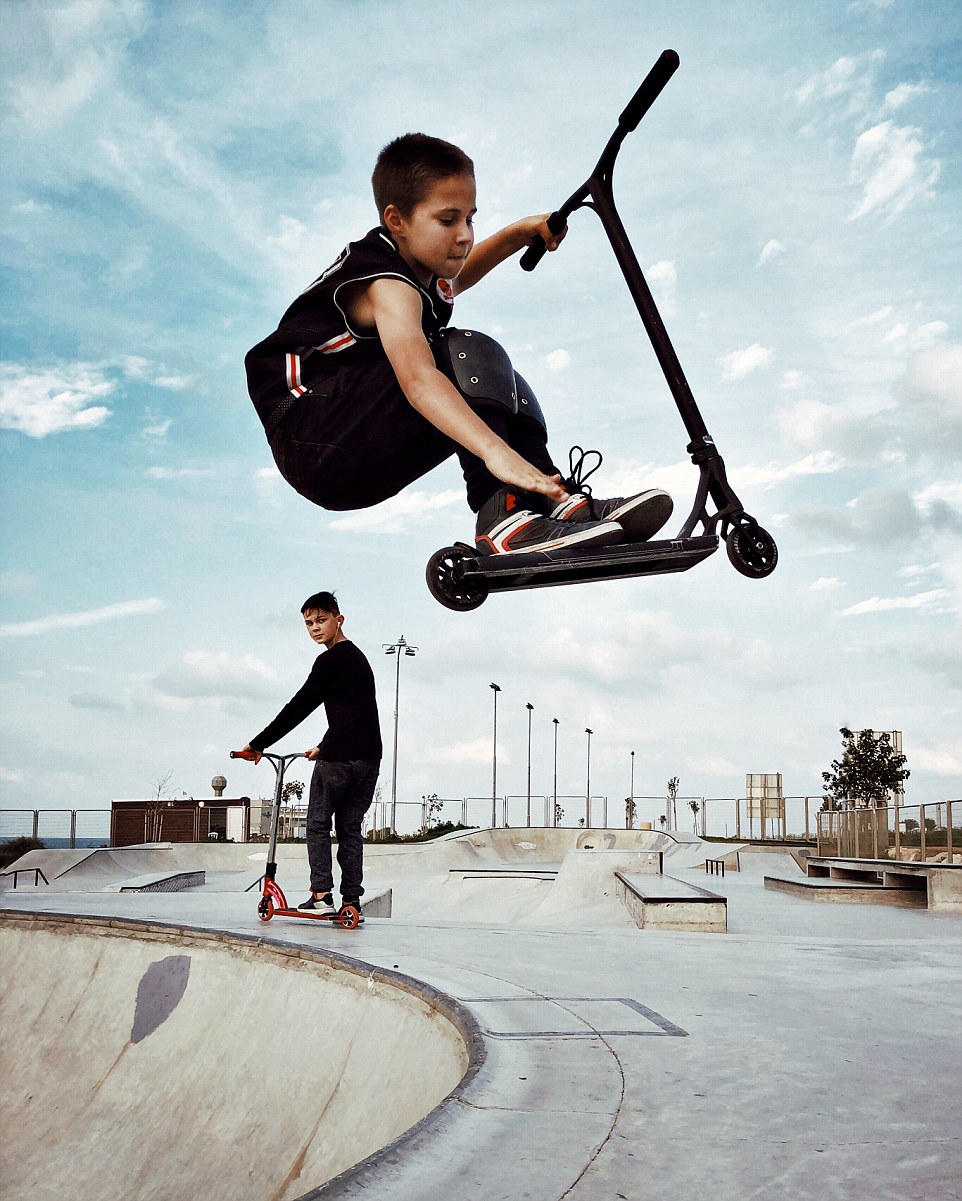 Second place  – children went to Dina Alfasi from Israel for Air, ‘Part of a series taken at Skate park. I was captivated by these young children, who spend hours, training continuously to improve and achieve greater things.’ 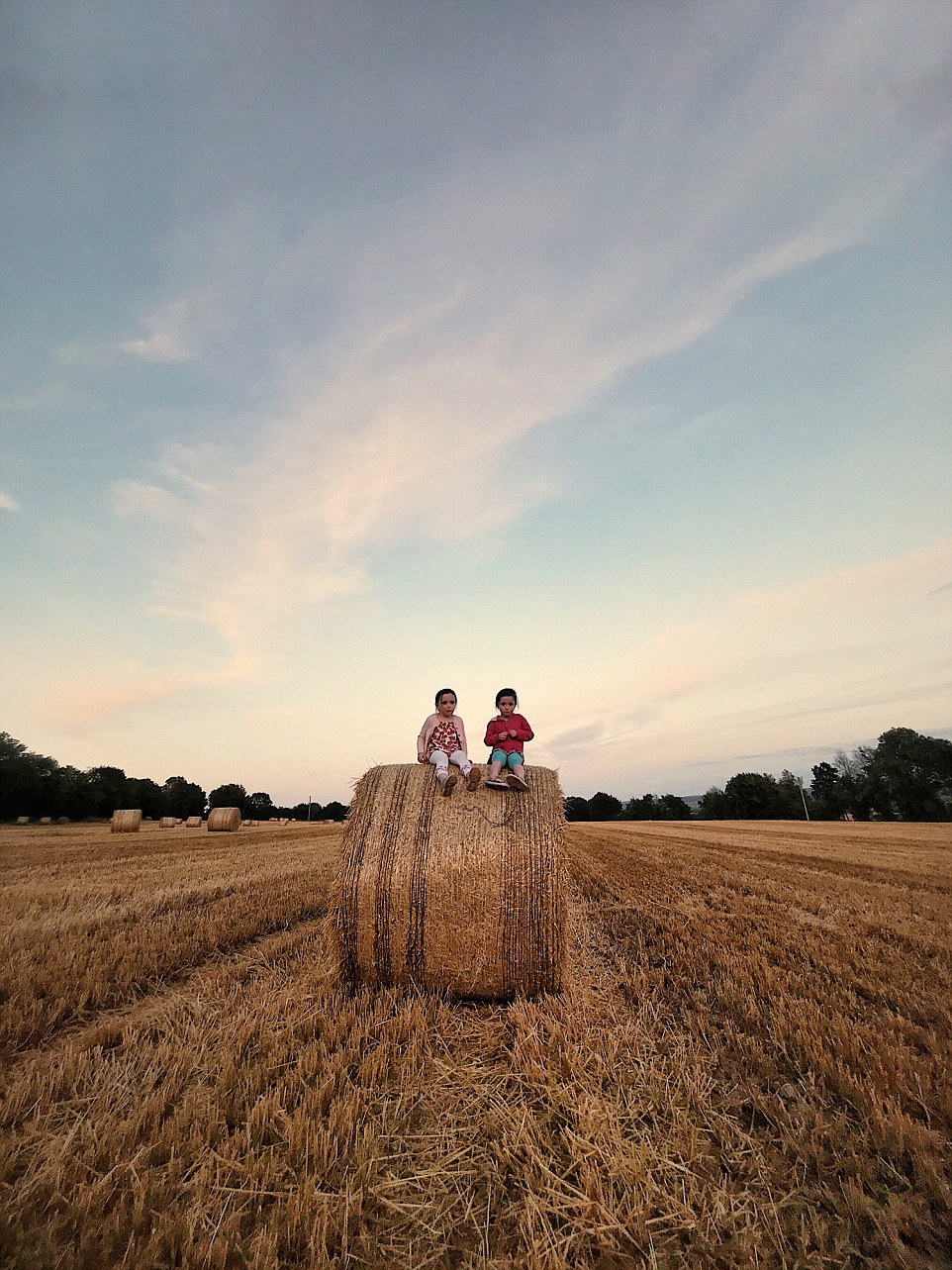 Third place – children went to Savadmon Avalachamveettil from Ireland for ‘twins’. ‘I took this photo last year, in August of 2017. I couldn’t resist taking few pictures as the sky and the light on the field looked extraordinary and the girls on top of the hay bale made it super special.’ 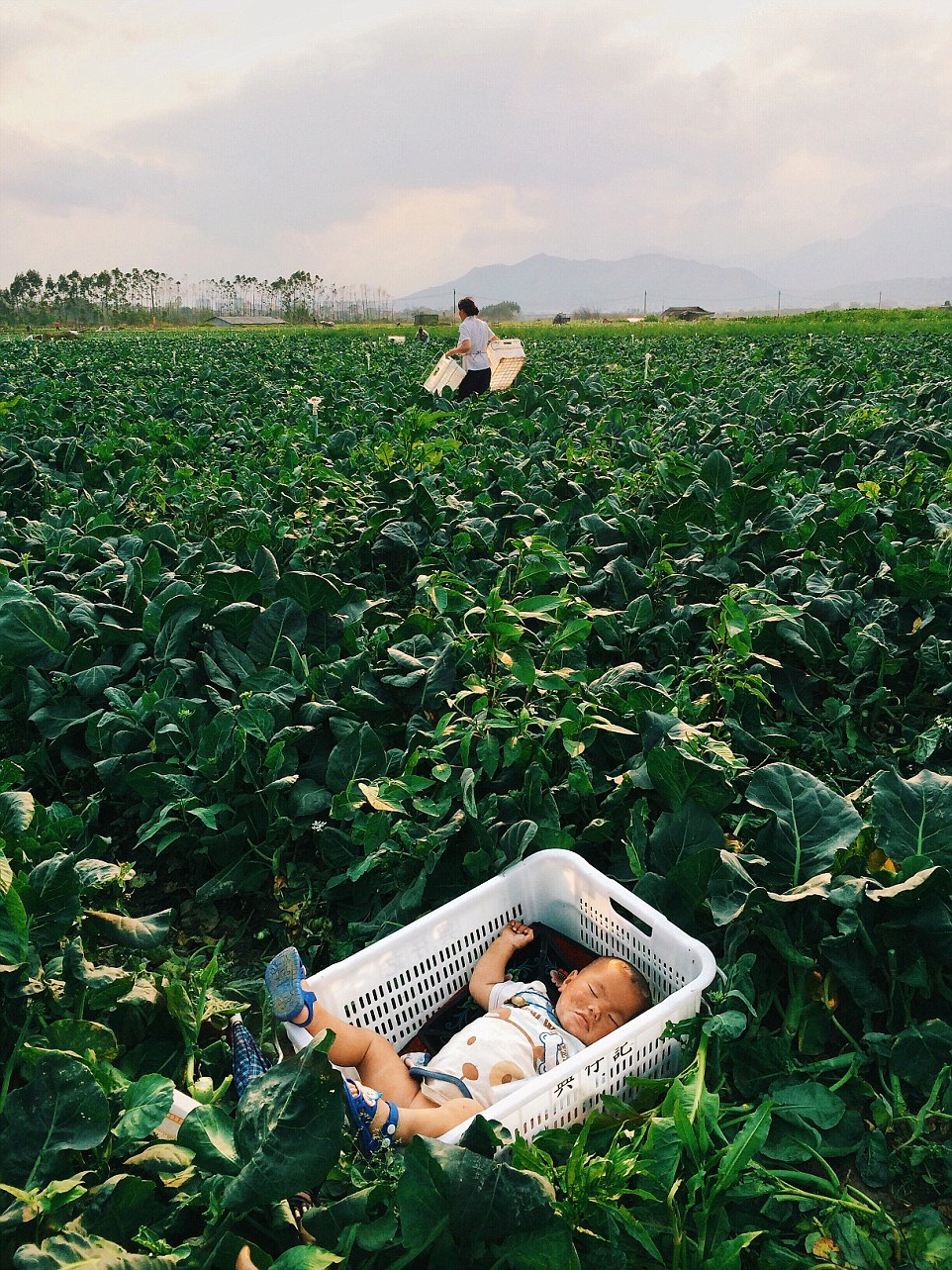 Second Place – Lifestyle Dreams in the basket: ‘On the way back after work I see a little baby lies in the basket. I really want to stop to adjust the baby’s sleeping position that makes her more comfortable, but I can’t bear to disturb her dreams’ the photographer said 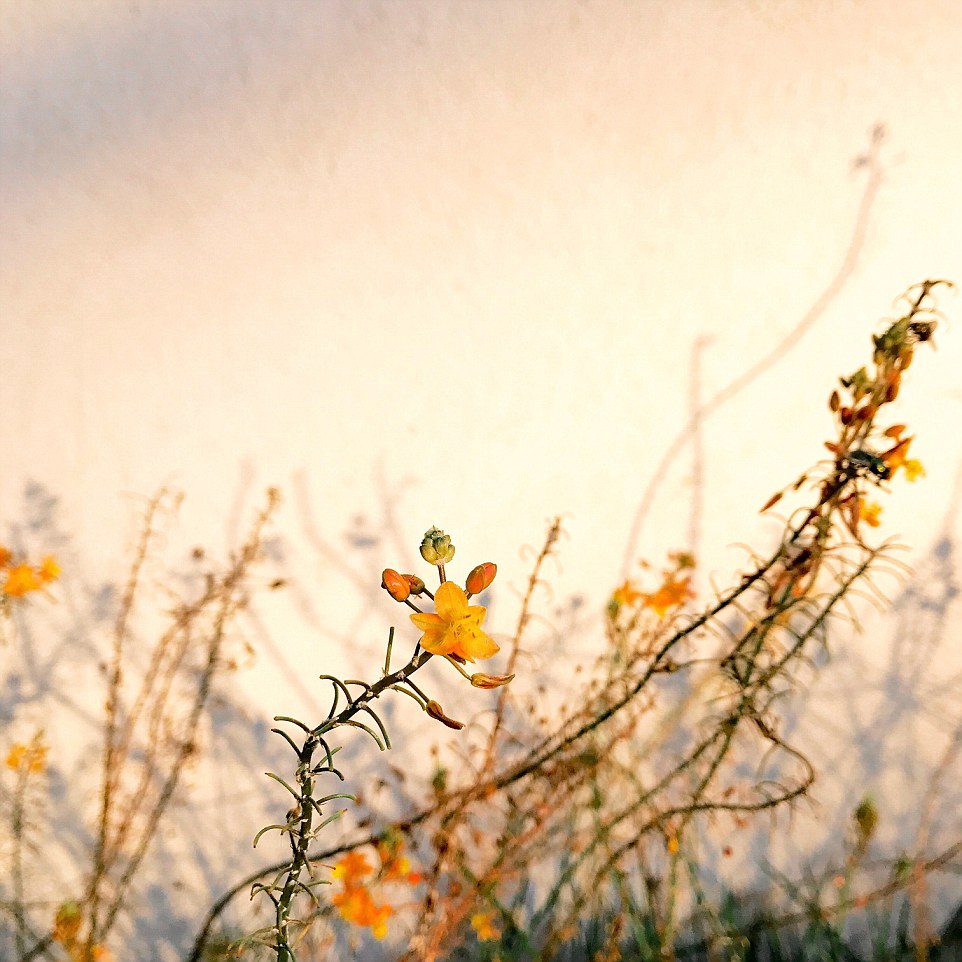 First Place – Floral Light went to Alison Helena United States, she said ‘I was parking to do my weekly grocery shopping and saw the amazing light on the wall and flowers’ 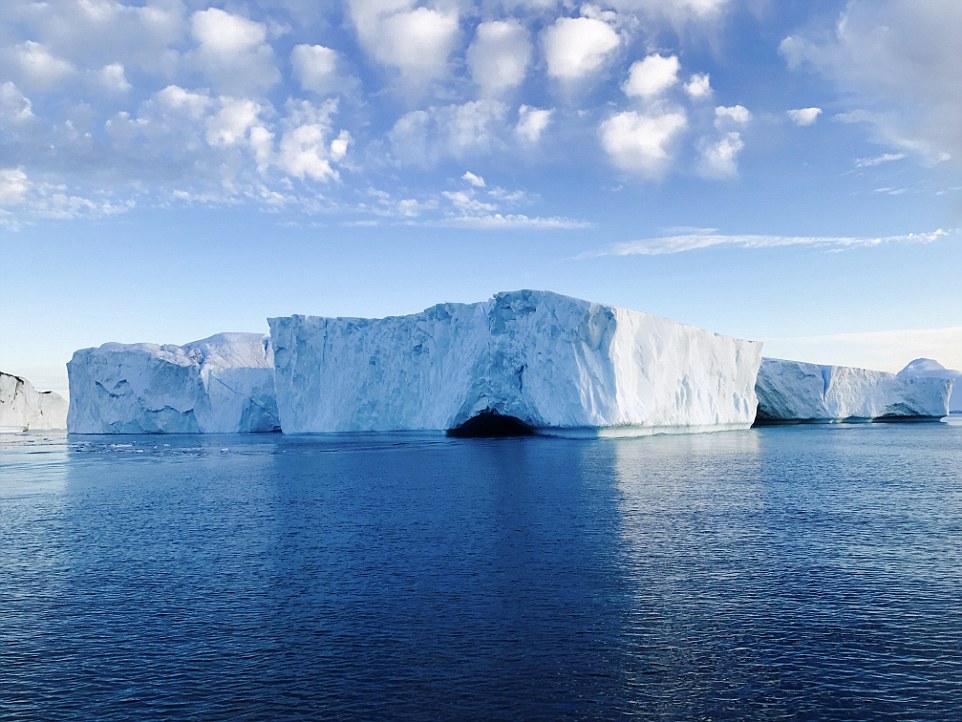 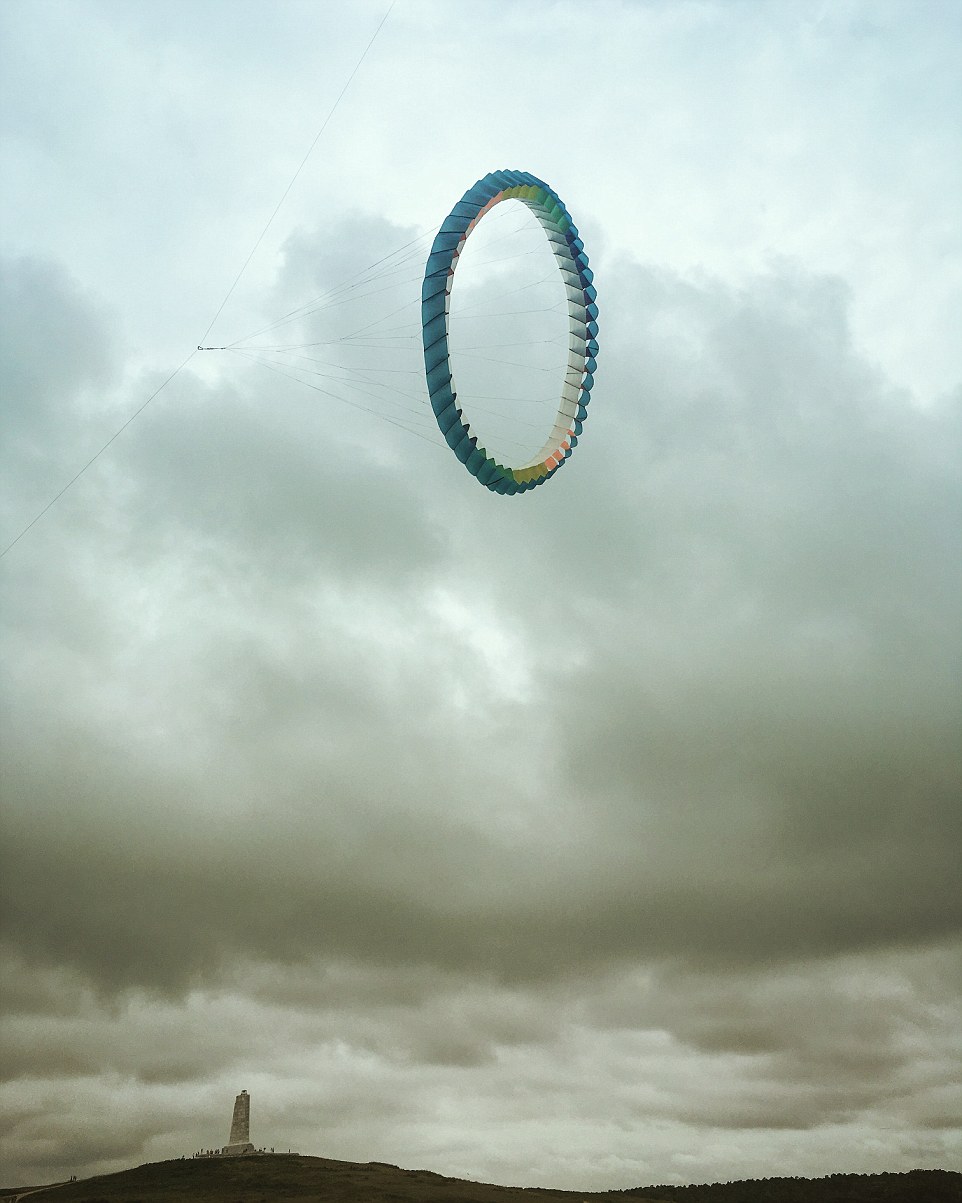 First Place – Other: Went to Amy Nelson for Sky Portal ‘I took this photo at the 39th Annual Wright Kite Festival in Kill Devil Hills, NC, where 30-100 foot kites were on display amidst clouds and drizzle.’ 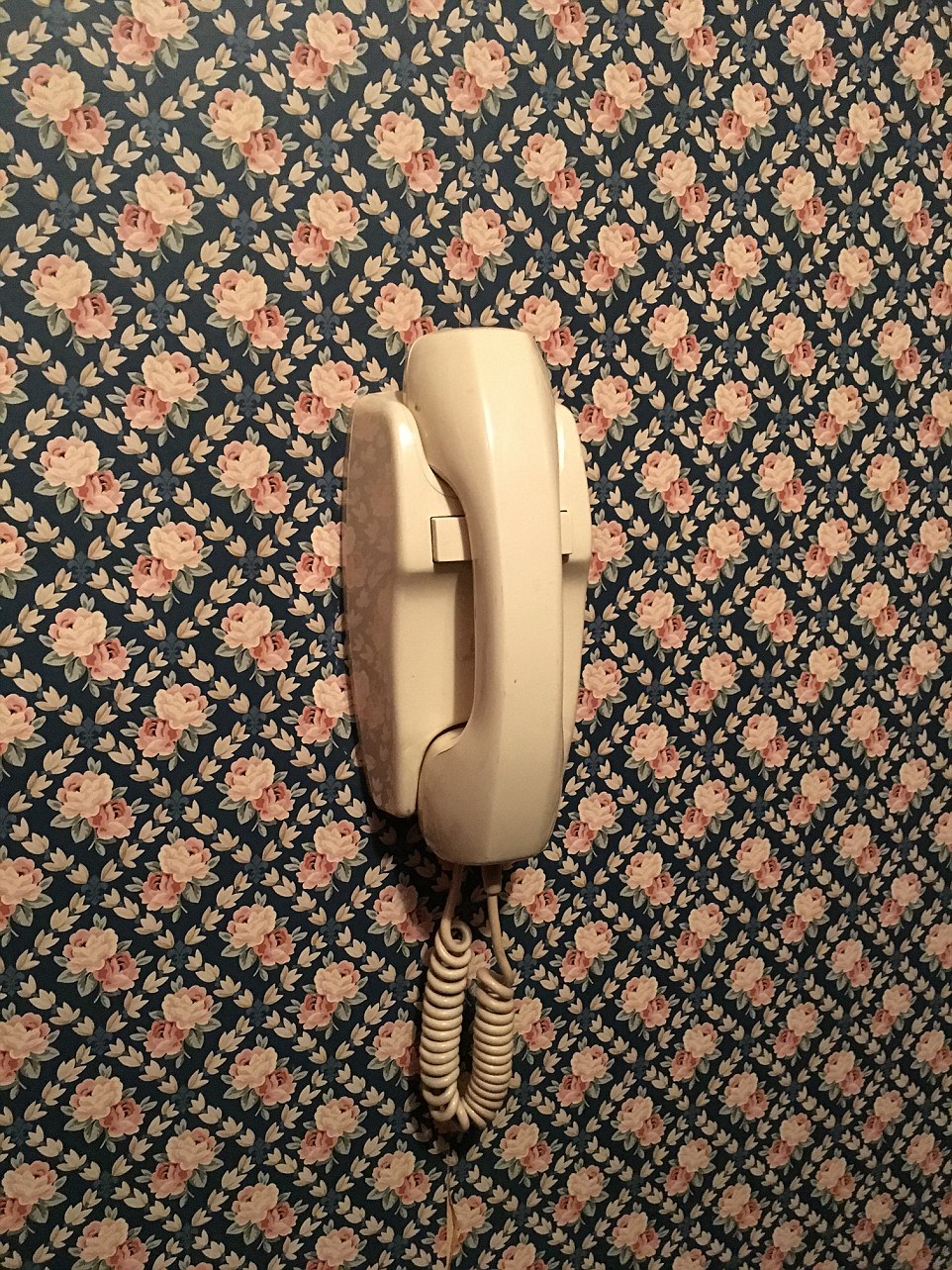 Second place ‘other’ went to José Ignacio De Rocco from Argentina for ‘The entrance of a friend’s house.’

Third Place – Panorama went to Clifford Pickett of the United States for Sunrise in Monument Valley ‘This image was taken during a month long road trip throughout the American West, part of a project shooting with iPhone. Having spent much time on the road, I wanted to capture that feeling of wide-openness on the road that I experience so often’ he said.