COX’S BAZAR, Bangladesh (Reuters) – Rohingya refugees who fled persecution and violence in Myanmar are praying for justice as the International Court of Justice (ICJ) in The Hague prepares to deliver an initial verdict on Thursday in a genocide case filed against Myanmar. 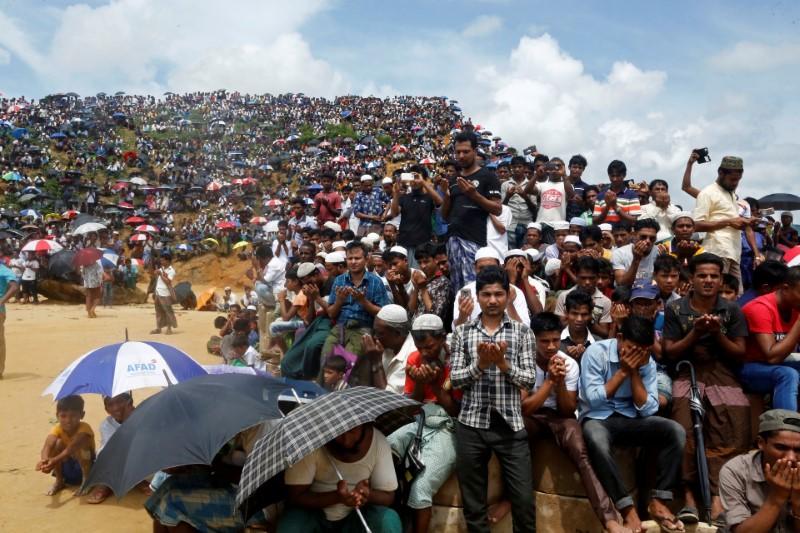 More than 730,000 Muslim Rohingya fled an army offensive in Myanmar’s Rakhine state in 2017. The United Nations says gang rapes and mass killings were carried out with “genocidal intent”. Hundreds of villages were burned to the ground and later razed. Myanmar denies the charges of genocide.

Gambia has asked the ICJ to order “provisional measures” to prevent more harm, a first step in a legal case that is expected to run for years. It has also asked judges to order Myanmar to ensure any evidence of atrocities is preserved.

At the world’s largest refugee camp in Bangladesh, where the Rohingya who fled are settled, many hope for a ruling in their favor after years of persecution.

“The Burmese (Myanmar) government and the army tried to wipe out the entire Rohingya community. We want justice,” said 30-year-old refugee Nurul Amin, who fled to Bangladesh with his pregnant wife during the 2017 army crackdown.

Mohammed Zubair, a 19-year-old teacher living in the camps, said Myanmar “must be held accountable for the horrific crimes”.

“We saw so many people killed before our eyes. All we could do was run while our villages were burned down,” he said.

The refugees have urged Bangladesh authorities to restore internet connectivity in the camps – curtailed due to what the Bangladesh government says are security concerns – so they can watch the court deliver its verdict.

“ONLY JUSTICE CAN HEAL OUR WOUNDS”

The Rohingya are demanding to be allowed to return to their homes in Myanmar in safe and secure conditions.

Buddhist majority Myanmar says its forces have been waging a counter-terrorism operation against an armed insurgency in Rakhine state. Myanmar also says the U.N. court should have no jurisdiction on the issue and views its interventions as a violation of its national sovereignty.

A Myanmar government-appointed panel established to probe allegations of abuses against the Rohingya said on Monday it had found no evidence of genocide. Rohingya leaders branded the probe a “whitewash”.

The quest for justice has been an intensely emotional one for many refugees at the camps who said they saw their family members killed.

“The killers of my son must all be punished,” said 65-year-old refugee Nur Alam, whose son was allegedly shot dead by a Myanmar soldier. “Only justice can heal our wounds.”