A ROOFER has caught Britain’s biggest carp, but now fears he will get death threats over it. 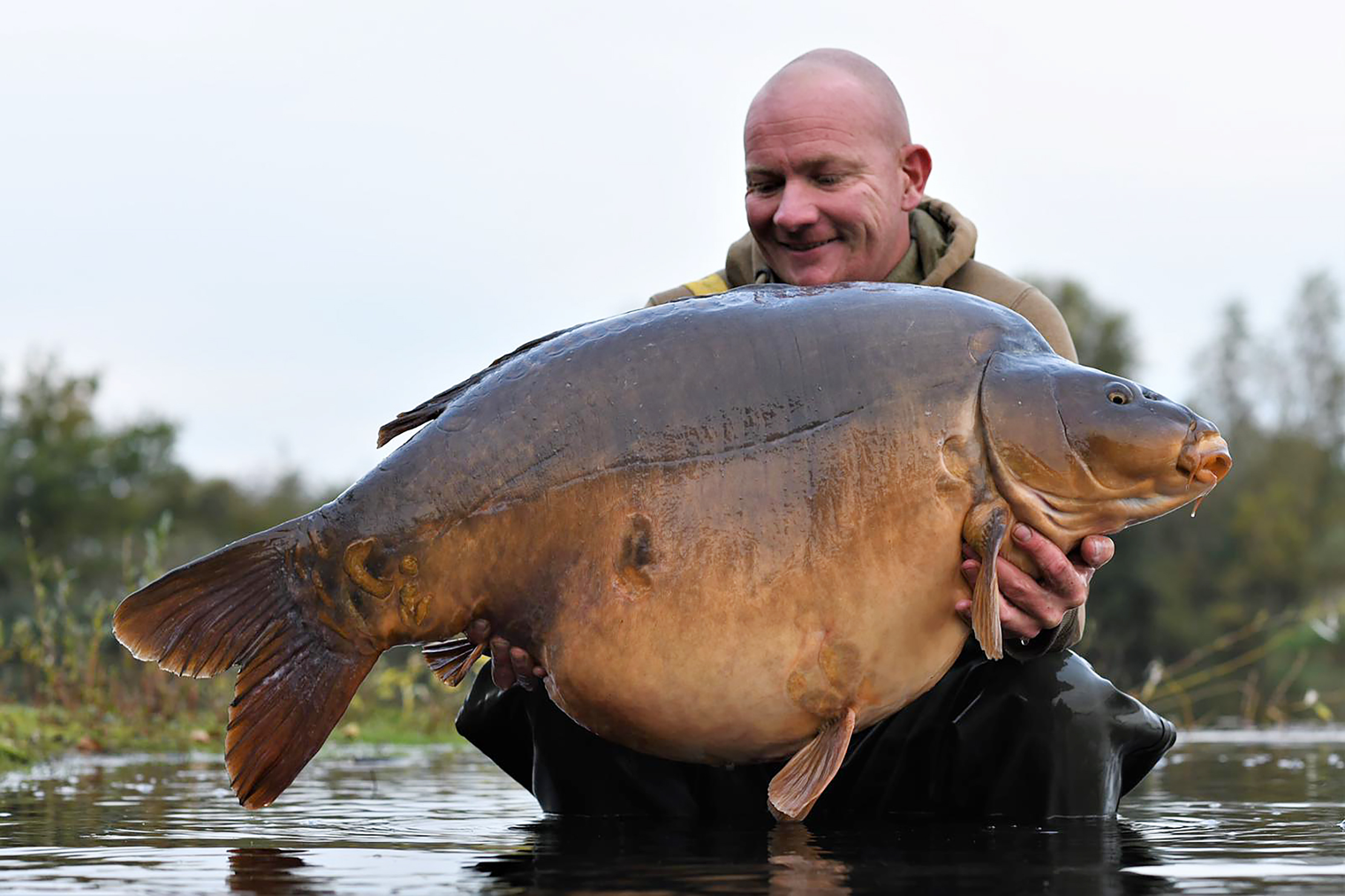 But purists argue it is not the new No1 as it is an imported specimen.

The fish, called Marshall, was put into Holme Fen Fishery,Cambs, when it was just 15lb.

Mr Mansford, 38, of Windsor, Berks, said: “People get very angry about imported fish. Some have gone as far as receiving death threats.”

Mr Mansford said he had not yet decided if he wanted the hassle of submitting a record bid.