‘They’re being manipulated and they don’t see it’: Roseanne Barr blasts critics while out in NYC following tell-all interview with Hannity

Roseanne Barr had a few words for her critics while out and about in New York City the day after her tell-all interview with Sean Hannity.

The TV star stopped to talk with a passerby on the street who asked her about the Fox News spot in which she claimed she was unfairly fired from ABC for posting a controversial.

The 65-year-old went on to say watching the interview will give people a clearer picture of who she is ‘if they have the eyes to see.’ 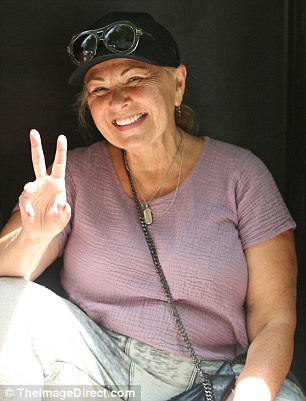 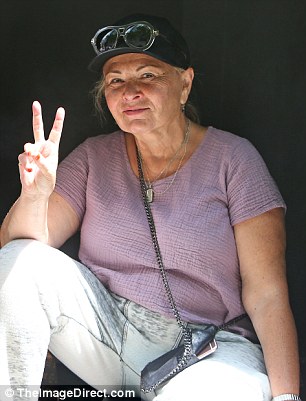 Barr was all smiles and even tossed up a peace sign while out in Manhattan on Friday, stopping to talk with a passerby about her interview with Hannity the night before 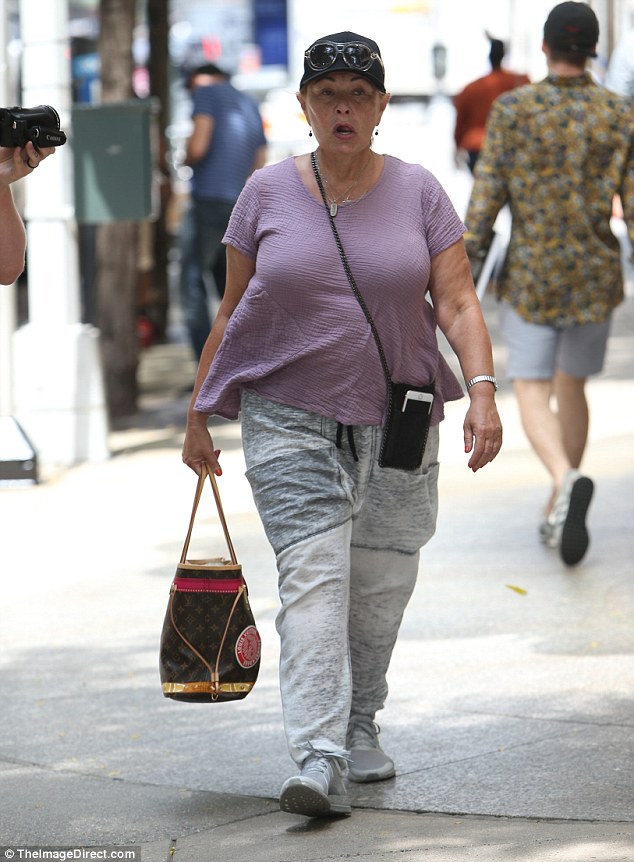 As Barr walked away from the friendly encounter she said: ‘I’m over it. I’m done talking about it’

‘I think that when you question any administration you’re punished severely for it, that’s the danger.’

Barr was fired from her namesake sitcom on May 29 after she tweeted that Obama’s former adviser Valerie Jarrett looked like ‘Muslim brotherhood and planet of the apes had a baby’.

The actress claimed that her contract with the network had a stipulation protecting her ‘from getting in trouble with tweets’ in the interview with Hannity.

When asked how people have treated her on the street after the tweet went viral, she said: ‘They treat me so nice, it’s amazing. Nicer than ever.’

Barr called media coverage that insinuating that her remarks had been racist ‘an attack on the Midwest,’ but said ‘I think people see through it.’

As she got up to walk away from the friendly encounter she said: ‘I’m over it. I’m done talking about it.’ 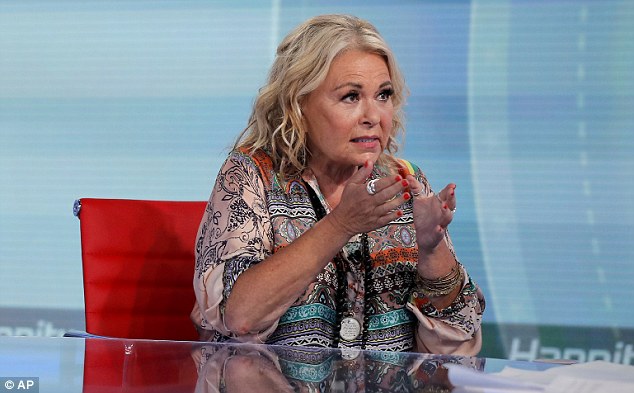 Roseanne Barr claims ABC broke her contract which guaranteed her ’24 hours to correct any mistakes’, in an interview with Sean Hannity on Thursday evening 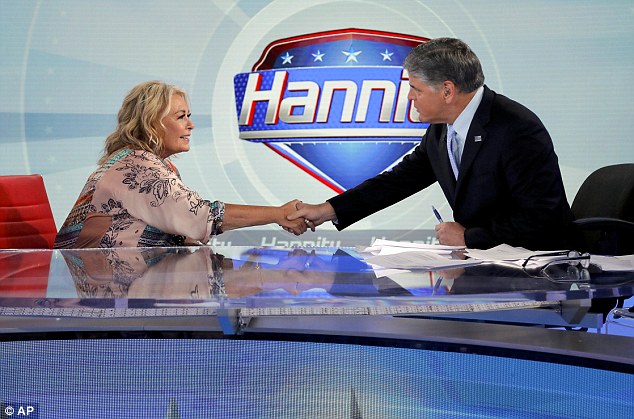 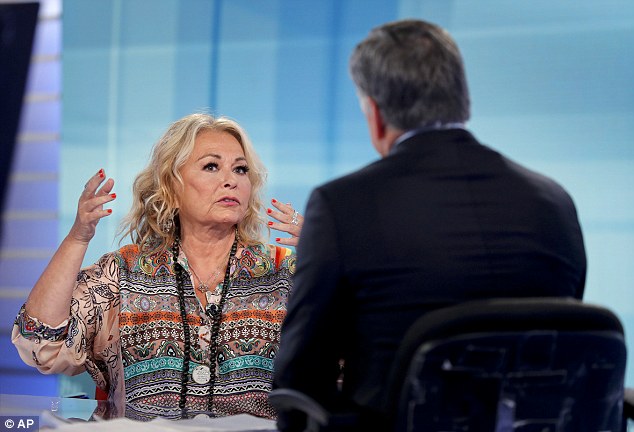 She said: ‘I want to tell you this. I walked away from that show despite the fact I had a contract that protected me from getting in trouble with tweets’

The tweet that sparked Barr’s firing is nearly three months old but continues to make headlines as the actress appears on talk shows to explain herself.

Speaking with conservative host Hannity, the comedian said she was shocked by ABC’s decision to ax her and was clueless to the controversy her tweet was stirring in the first place.

‘I said in the beginning I will never stop defending Israel and the Jewish people. That’s me. I was raised that way. It’s very important to me,’ she said.

‘Then they called me. They said what possible excuse could you have for this unforgivable and egregious tweet? I said — what do you mean exactly?’

‘No, you could have knocked me over with a feather. My boyfriend saw it. I thought she was Middle Eastern,’ she said.

Barr now claims that ABC violated her contract with the termination by not allowing her 24 hours to correct any mistakes.

‘I want to tell you this. I walked away from that show despite the fact I had a contract that protected me from getting in trouble with tweets,’ she said.

The actress adds that she was prevented from clearing her name.

‘I asked them to let me go on The View and other shows and explain and correct that I didn’t say what they were putting out there. They said no,’ Barr said. 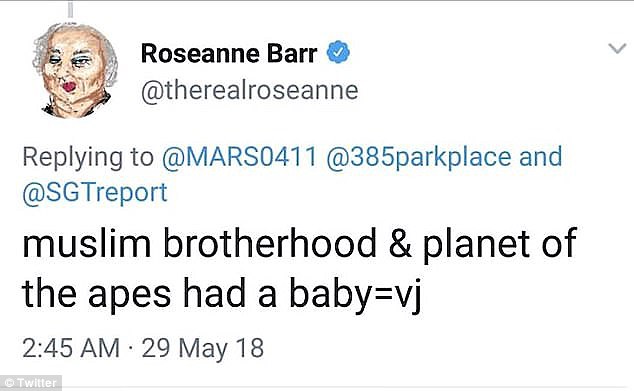 She was fired on May 29, the same day she tweeted that Obama’s former adviser Valerie Jarrett looked like ‘Muslim Brotherhood & planet of the apes had a baby’, despite a contract that allowed her ’24 hours to correct any mistakes’ 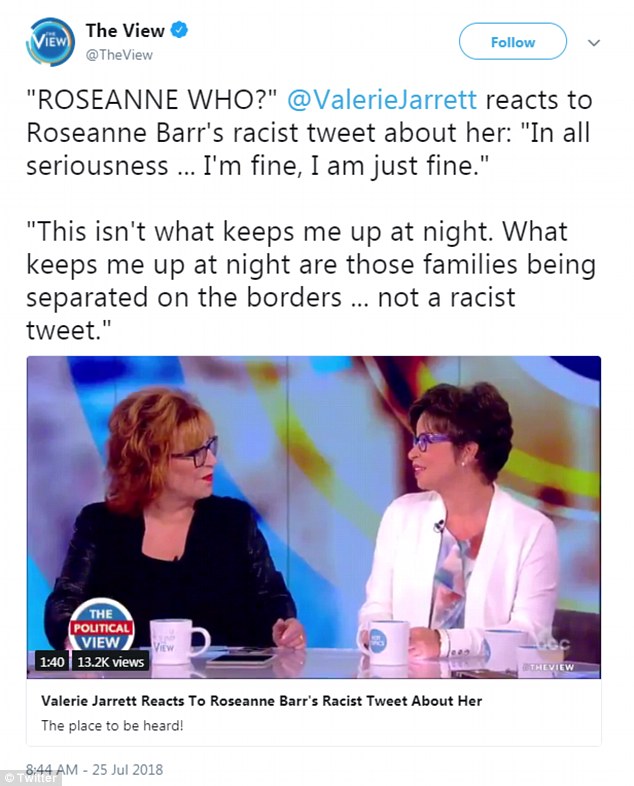 Speaking on The View, Jarrett seemed unperturbed by the tweet saying: ‘In all seriousness…I’m fine. I am just fine.’ 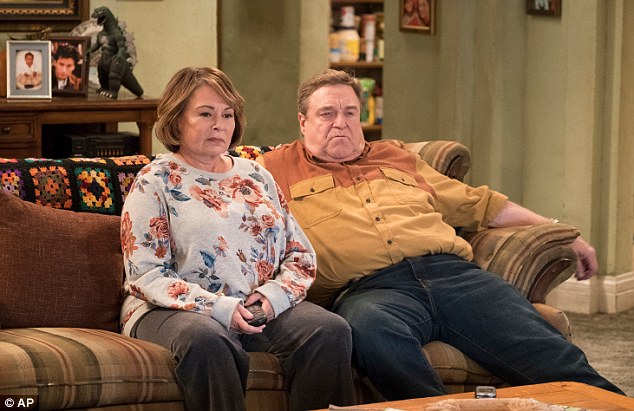 Instead of fighting, Barr told Hannity that she walked away because she didn’t want staff and cast members on the show to lose their job and she even signed for the show to continue without her.

‘I am for working people. I could fight this. No, it’s going to be part of the repentance. I will just walk away,’ she said.

When she was later asked if she’s still on Twitter Barr said: ‘My kids took it away from me.’

Hannity pointed out she could get another phone, to which she smiled and said ‘Yes, I know’. She has been active on Twitter following the May 29 tweet.