But as he turned 13 his life changed immeasurably when he developed a painful back condition. 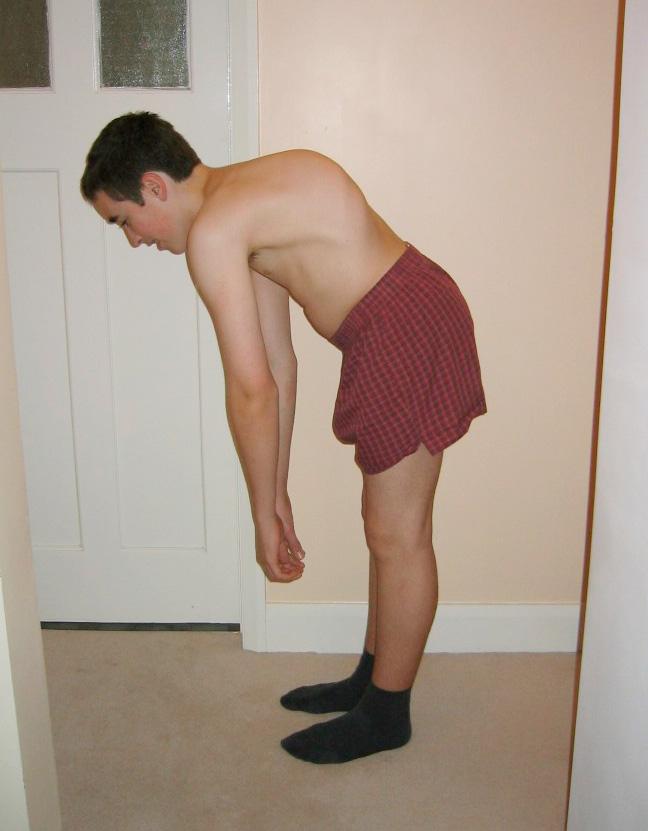 He was diagnosed with scoliosis, which caused his spine to twist into an 'S' shape and left him with an unsightly hunch.

Wearing baggy clothes to try and hide his condition Mark was left looking overweight, and he quickly became one of the shortest in his class.

He withdrew from his friends, unable to play sport and ended up a recluse, hiding away in his room at home near Reading.

As his condition got worse, he endured cruel jibes from classmates who poked fun at his appearance calling him fat. 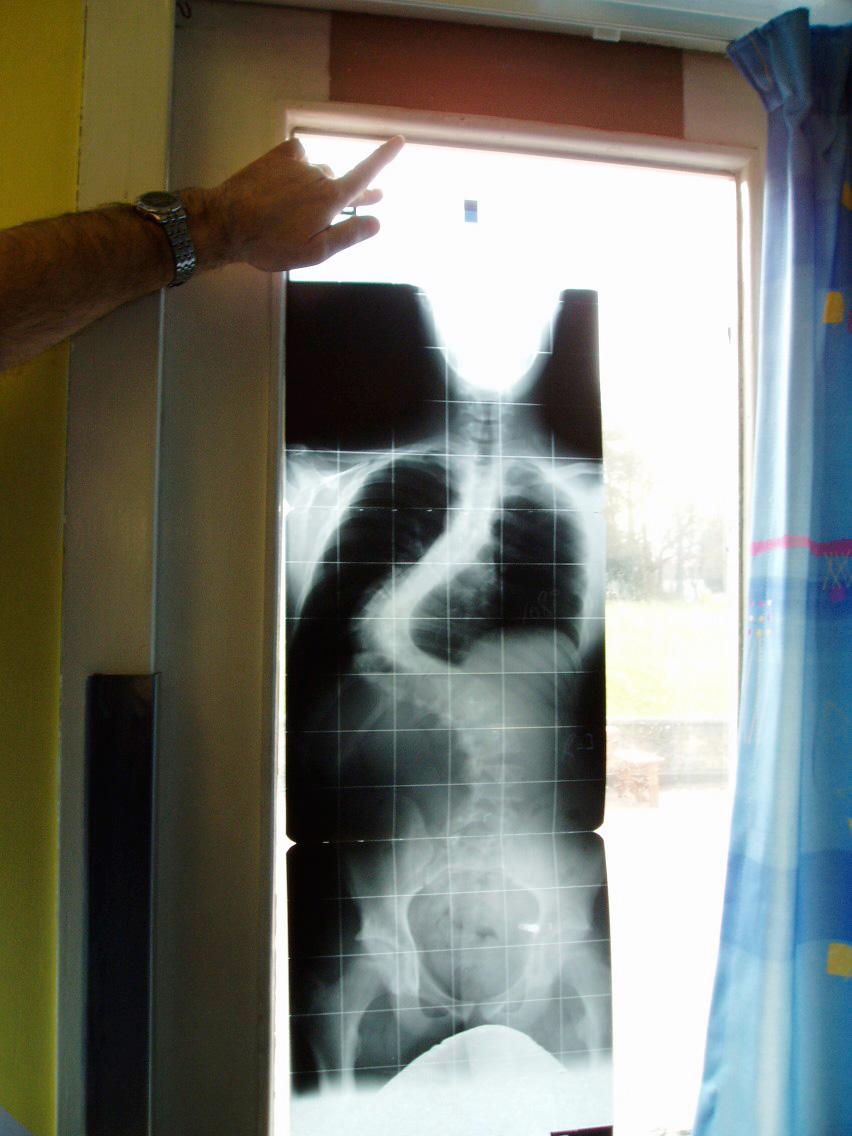 Mark was forced to take time off school for hospital appointments, and ended up missing out on social events. Soon enough classmates just stopped inviting him altogether.

Looking back now, the 30-year-old, who lives in London, said he began to suffer severe depression.

At the age of 15, Mark underwent two operations to correct his scoliosis.

But it wasn't until he was at Bath University studying aerospace engineering, that Mark began to open up and talk to his friends. 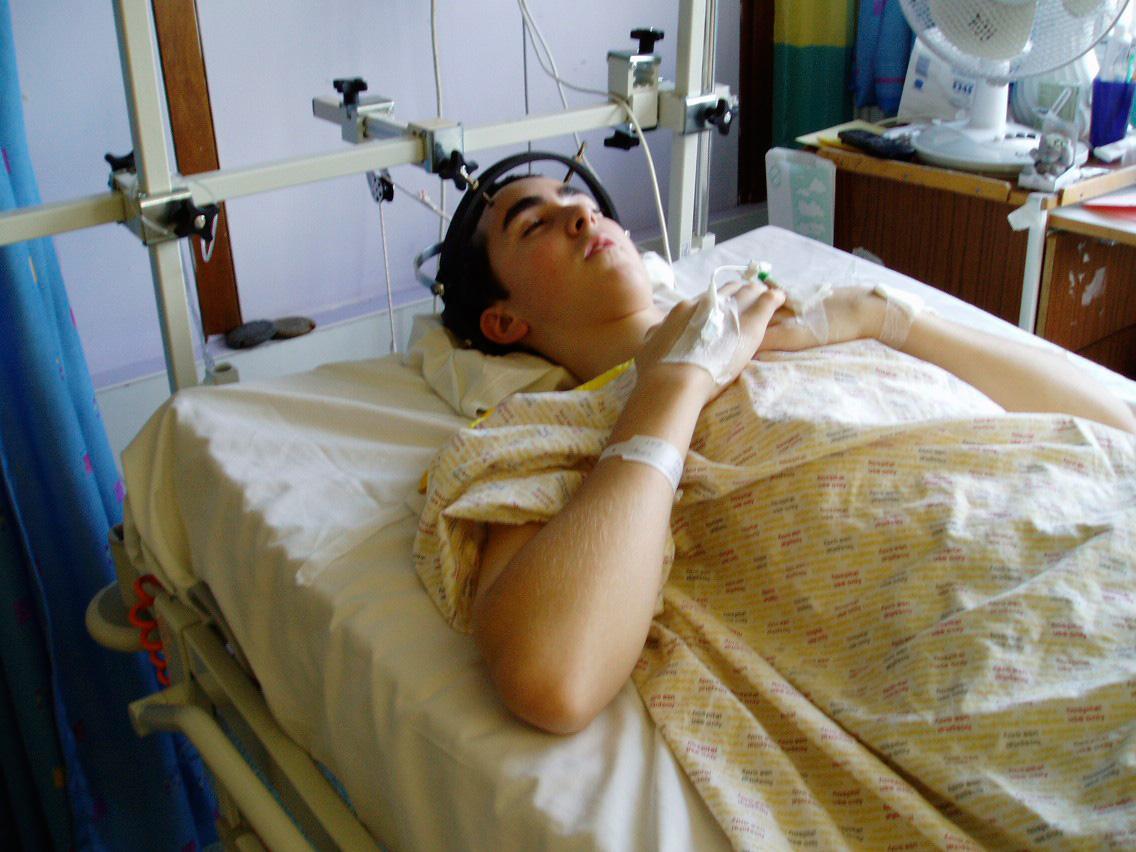 Today, Mark is urging other men to follow his lead and speak up about their health, as he urges all guys to grow a moustache this November to raise money for leading men's health charity, Movember.

The 30-year-old took part in a epic challenge, rowing across the Atlantic last December – something he never thought possible as a teen.

Mark along with three friends, Jon Larkin, Steve Baker and Dan Baker, set off from La Gomera in the Canary Islands rowing a staggering 3,000 miles to reach Antigua in the Caribbean in over 50 days later.

The quartet raised almost £30,000 for the men's health charity The Movember Foundation in the process – a cause close to Mark's heart. 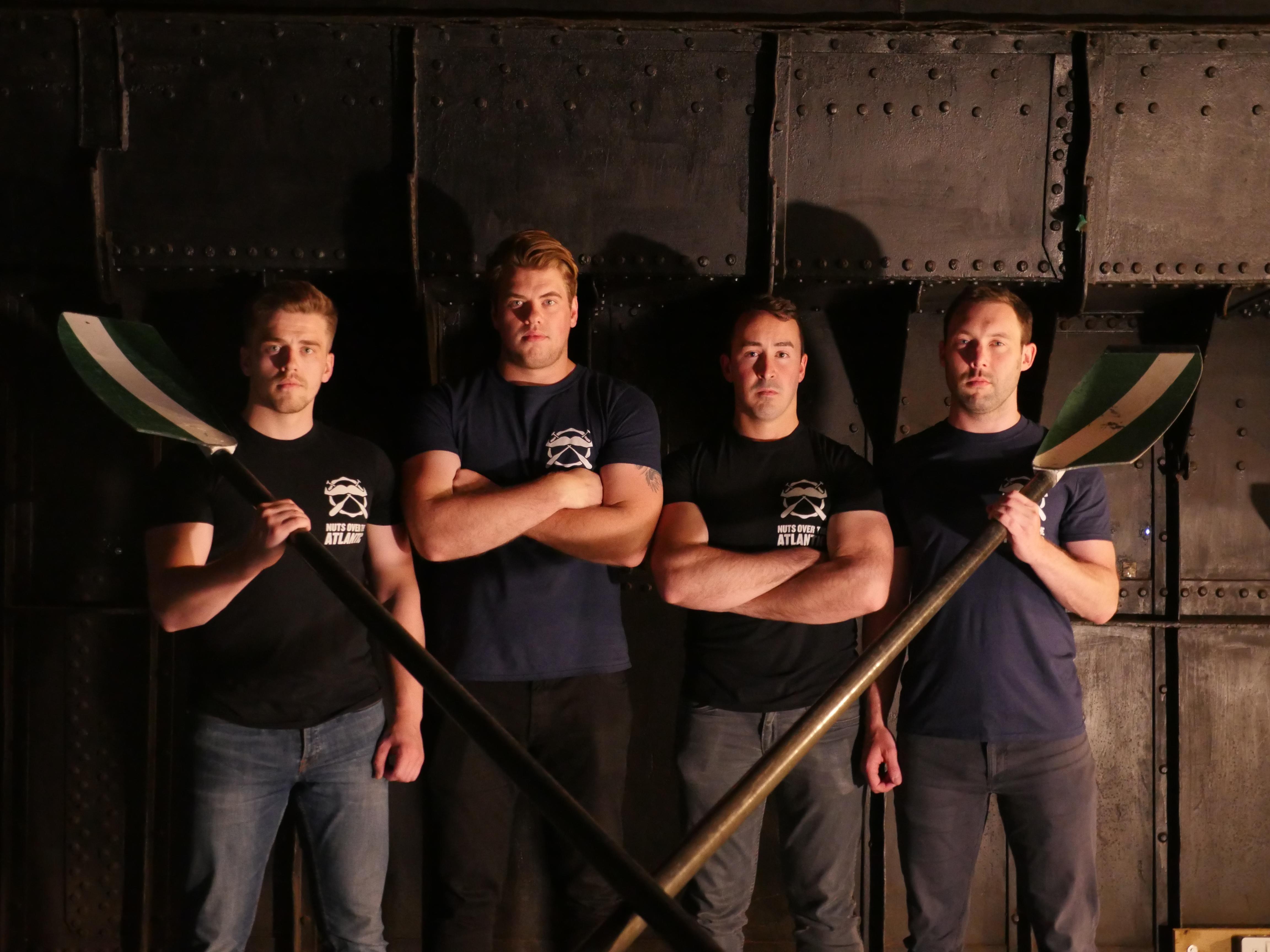 He is gearing up to take part and grow his Mo this year, as the annual campaign kicks off again on November 1.

The 30-year-old, from London, is urging other blokes to take part in the challenge, to help get guys talking.

"Throughout uni I had always taken part in Movember, growing a moustache but to be honest I just did it as a laugh to raise a bit of cash," Mark told The Sun.

"I didn't really appreciate what the charity did then.

"When we were preparing for the row, I looked into it more and it seemed the perfect fit.

"It is the only charity that really focuses on men's health and issues I have been personally affected by." 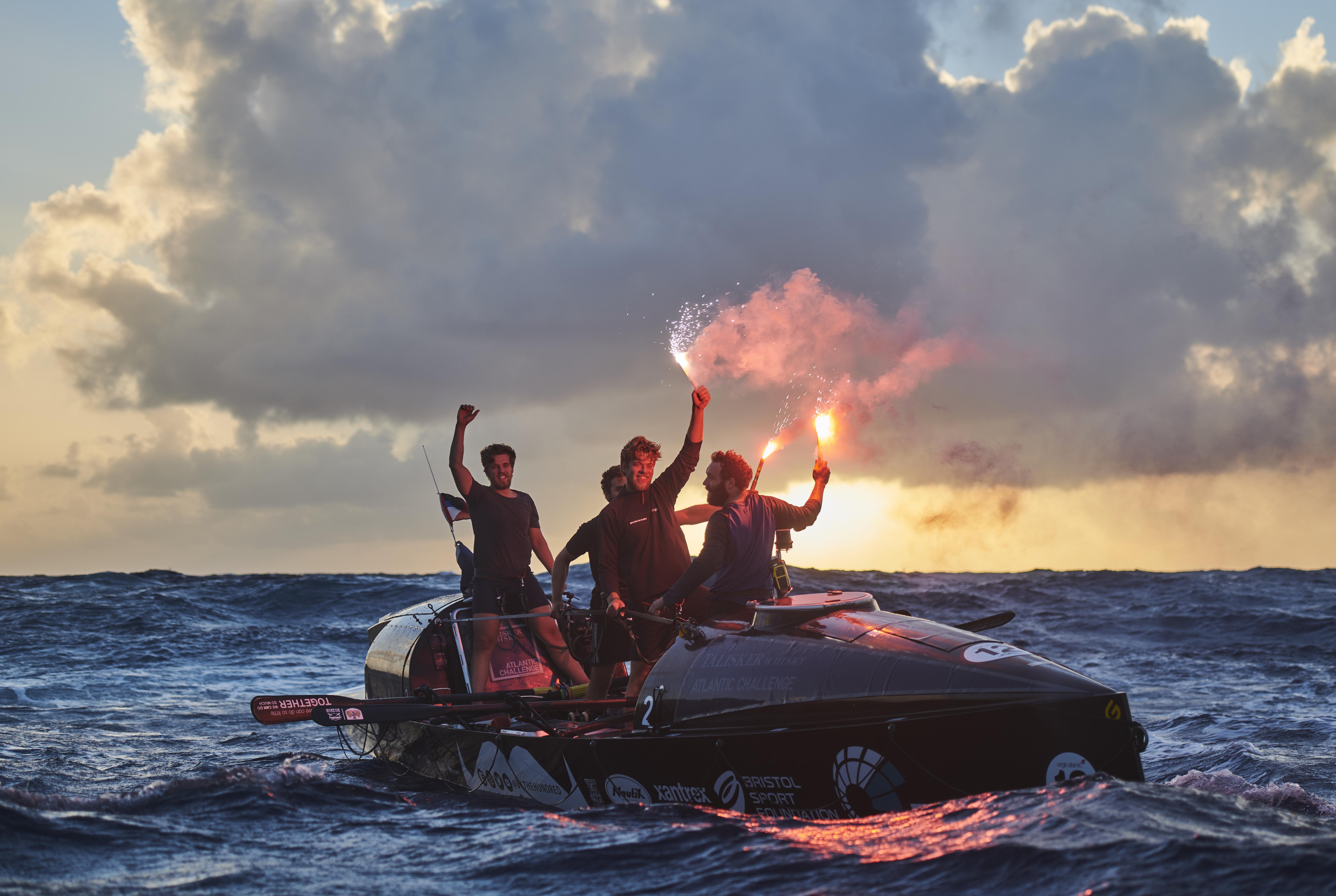 For Mark, it's Movember's drive to get guys talking about their physical and mental health that is so important.

Looking back at his teenage years, Mark now recognises that he struggled to open up.

"I had to deal with a lot of people calling me fat, there were lots of comments," he recalled.

"It was really difficult at the time.

"I knew I wasn't happy, my parents knew it too, my best mates even recognised it.

"But, I don't think I appreciated until uni just how bad I had felt.

"I was always the first to do things, get involved and I loved all sports.

"But hospital appointments meant I missed school and I had to turn down invites to stuff, then people just stop asking you.

"I got to the point when I would come home from school and lock myself in my room.

"I began to feel severely depressed. I couldn't play the sports like I used to, and after the ops I had two massive scars on my back."

Surgeons at the Royal National Orthopaedic Hospital in Stanmore opened Mark up's torso up allowing them to inset metal rods and pins, as well as remove bone from his ribs to straighten his spine.

"The first surgery lasted in excess of 10 hours and involved cutting my left side open half of the length of my torso.

"The muscular discs between my vertebrae were moved and pieces of my ribs were removed.

“I then spent a week in traction to try and straighten my spine out. 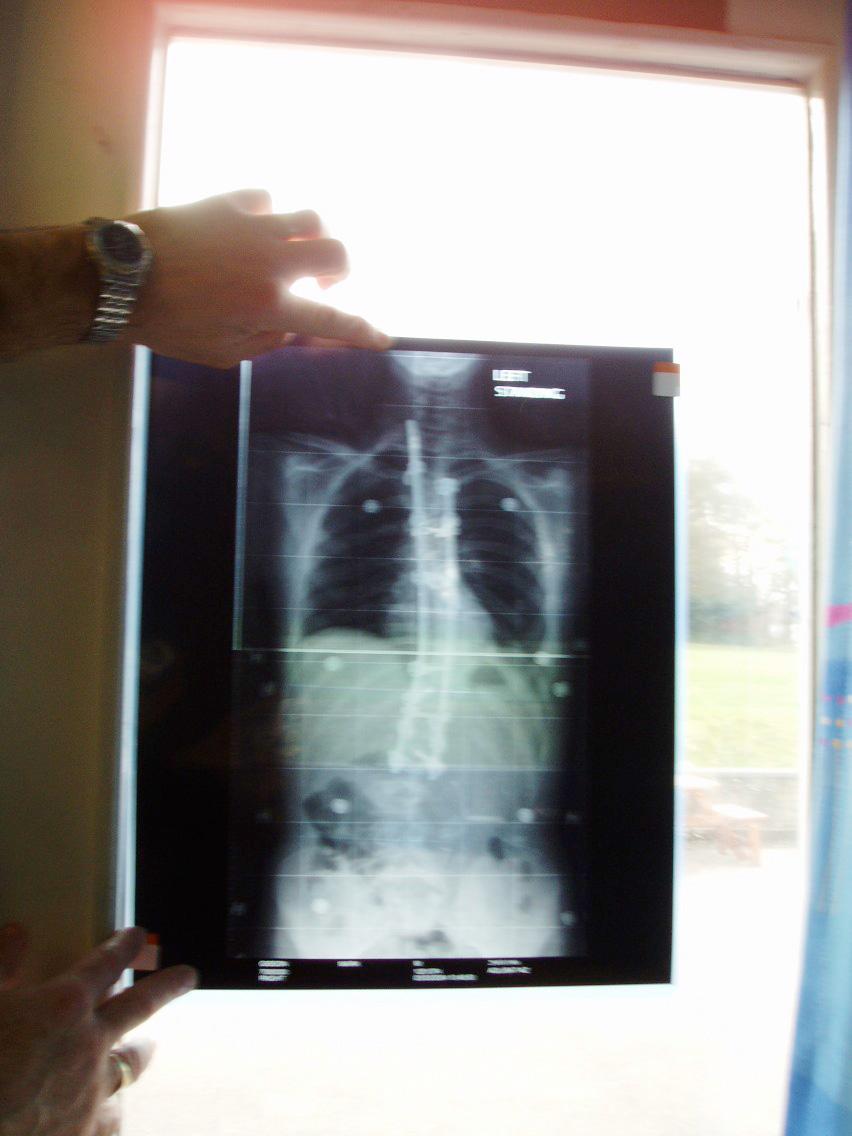 “The second operation involved cutting me open from the base of my neck and down the entire length of my spine.

“Two metal rods, 18 plus pins, and the ribs taken from the first operation, were then used to straighten my spine and help the bones fuse in place.”

Life post-op was tough, Mark had to stay at home and did his GCSEs alone, away from his classmates.

He had to wear a back brace and was left with severe scars.

It wasn't until he was at uni that he felt comfortable speaking to friends about what he'd been through.

"You know what it's like, you have a few drinks and you open up a bit," he said.

Since leaving uni, Mark has taken on various challenges testing both his physical and mental abilities.

The latest, which saw him row the Atlantic, was as much about his mental strength as his physical, Mark admitted.

The hardest hurdle, he said, was accepting they wouldn't be able to challenge for the world record.

Delays at the start line that were beyond the team's control meant their aim to complete the crossing in 40 days was impossible. 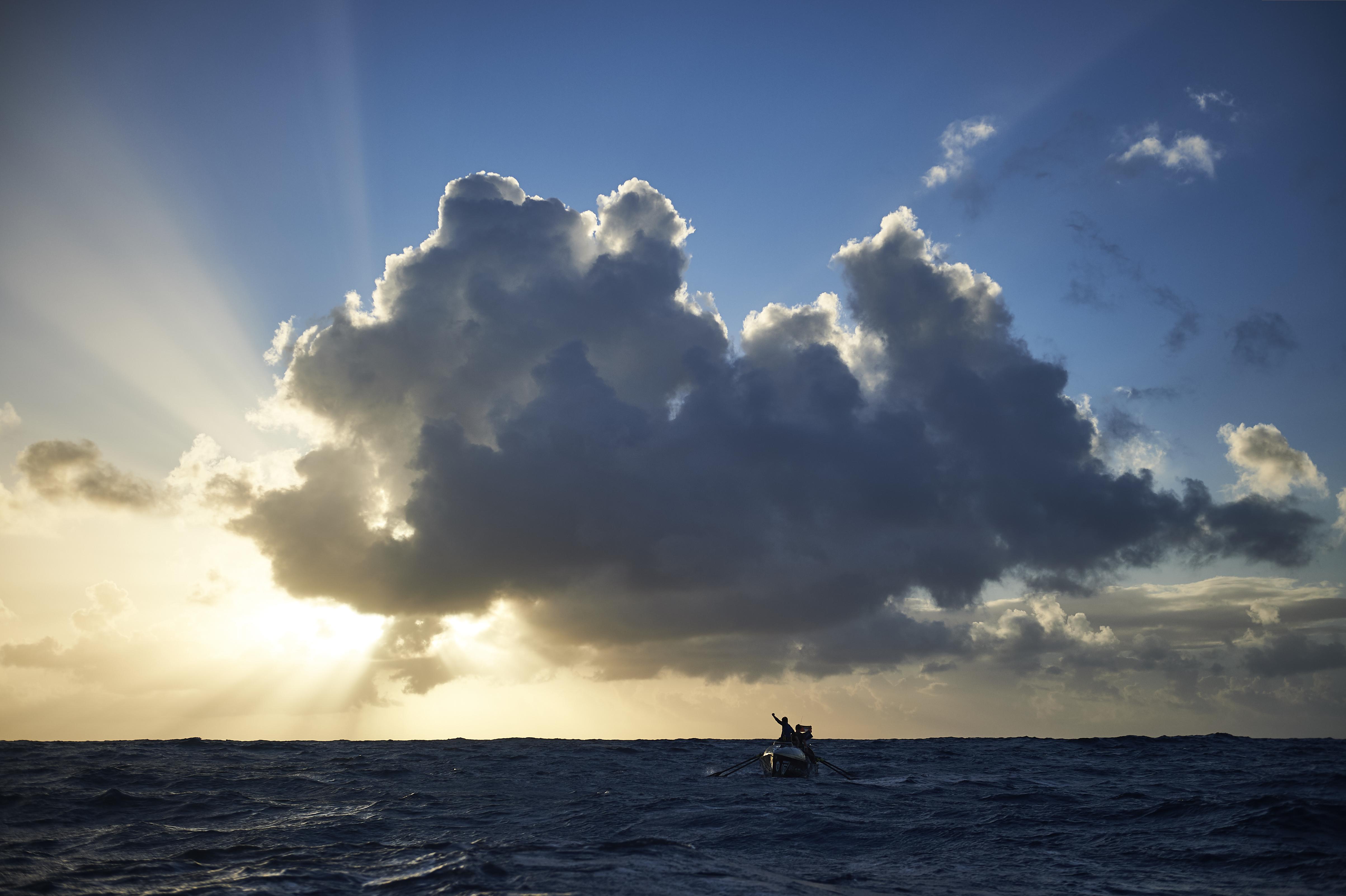 "It was a mental challenge, it was entirely mental to be honest," Mark said.

"Any water-based challenge is mental because you're at the mercy of the conditions, the wind or water – that's what's going to go against you.

"The first week was dark, it was hard.

"You have to learn to accept you need moments to be by yourself, and there are times you need the help of your team mates.

"But the toughest bit was the start, and knowing we couldn't achieve the world record.

"We'd been building up to it for two-and-a-half years, so it was tough to take, especially as it was out of our control."

Mark, who works in IT for the marketing firm Hogarth, said his next challenge is going to be trekking the Antarctic – again to raise money for Movember.

Until then he wants to raise as much awareness of the charity as possible.

"Guys just need to talk," he said. "I know how tough it is, but find someone.

"Looking back I wish I had spoken to my best mates, I didn't because I was worried about what they would think.

"Pick one or two close friends and open up, trust them to be there for you.

"Tell your mum or dad, brother or sister, your family are there for you and want to help. Just try and let them.

"If people don't listen, they're not your true friends. But don't let it stop you, you will find someone to listen and help."

Sign up to Grow A Mo this Movember and help stop men dying too young.