A former international rower is to begin training to become the first female Royal Marine in the Corps’ 350-year history, The Mail on Sunday can reveal.

Marines sources insisted last night that Ms Birch, who rowed for England last year, will be treated ‘just like any other recruit’ in her attempt to earn the Corps’ coveted green beret.

Her historic bid follows then Prime Minister David Cameron’s decision in 2016 to lift a centuries-old ban on women serving in close-combat regiments. 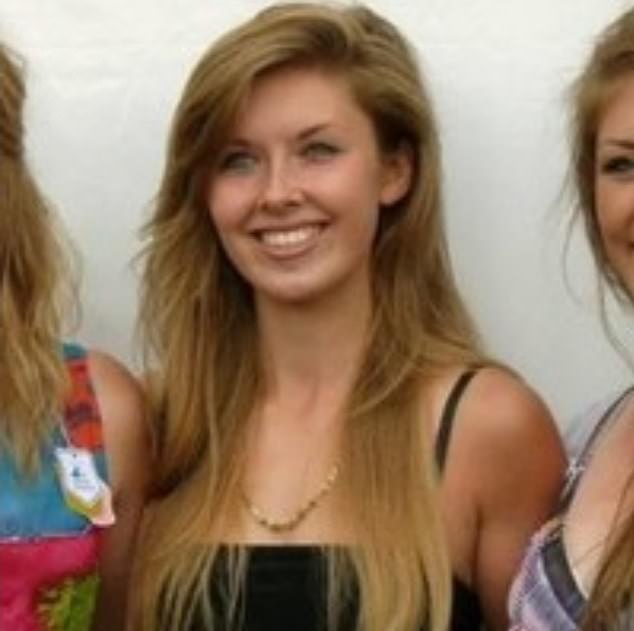 Philippa Birch, 25, has been dubbed GI Pippa by her instructors at the Marines’ base at Lympstone in Devon

His groundbreaking decision remains controversial because some commanders consider women incapable of withstanding the rigours of infantry training.

Ms Birch will earn £18,000 a year as a recruit, rising to £22,600 on completion of basic training. The more significant reward will be her place in history as the Corps’ first female Royal Marine.

She has already been dubbed ‘GI Pippa’ – a reference to the 1997 Hollywood film GI Jane, starring Demi Moore – by instructors at the Marines’ base at Lympstone in Devon.

Last night a military source said: ‘Inevitably there will be a lot of pressure on her.

‘She’s going where no woman has gone before and that is a big ask. But once she’s in the gate she’ll be one of us, just another recruit. She’ll do the same weapons and fitness tests as any male recruit. Exactly the same standards will be expected of her as of them.

‘She’s already shown us that she’s highly motivated, physically fit and intelligent. It is very, very early days but everyone is keeping their fingers crossed that she succeeds.

‘This is an exciting time for her and for the Royal Marines.’ 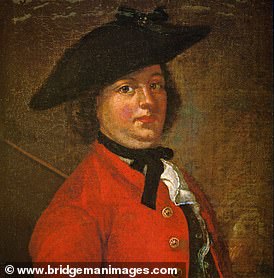 Dressed in her Royal Marines uniform, this is the 18th Century soldier who inspired Philippa Birch’s bid to earn a coveted green beret.

She deserted the following year and signed up for the Royal Marines. She even managed to hide her true identity when she was badly wounded during the siege of Pondicherry in India in 1748. When she returned to London, she revealed her identity and became a celebrity, appearing on stage in her uniform.

Ms Snell’s military career was officially recognised and she was granted a pension by the Royal Chelsea Hospital.

In January, Ms Birch, who is 5ft 8in tall, completed a series of aptitude tests at the Commando Training Centre Royal Marines, including assault courses, fireman’s carries and five-mile endurance runs over Woodbury Common next to the base.

She also racked up impressive scores in a series of gym tests which included press-ups, sit-ups and pull-ups.

According to her profile on the employment website LinkedIn, Ms Birch passed A-levels in psychology, biology and chemistry at Godalming College, Surrey, and studied mechanical engineering at Oregon State University in the United States and subsequently at Loughborough University.

The site also suggests Ms Birch is from Reading, Berkshire, and that, after graduating, she sought temporary work as a clerical administrator via the recruitment agency Office Angels.

She has represented Molesey Rowing Club at elite-level events and last year rowed for England in the women’s lightweight double sculls at a four-nations regatta in Cork, Ireland.

Ms Birch first revealed her ambition to join the Royal Marines on the social media platform Instagram. Her posts on the site have made reference to the Corps’ motto ‘Per Mare Per Terram’ – Latin for ‘By Sea By Land’ – and to Hannah Snell, a woman who served in the Royal Marines in the 18th Century by pretending to be a man.

After completing the Marines’ enlistment papers, Ms Birch posted a picture of herself and wrote: ‘Biggest hurdle cleared. One step closer to the impossible.’

She added the hashtags #hannah snell and #permareperterram to her message, which received 73 likes.

About ten per cent of Britain’s regular forces personnel and 14 per cent of reservists are women.

Women have been serving on the front line for many years in roles such as helicopter pilots, medics and engineers.

Female soldiers have also proven invaluable in gathering intelligence and conducting community engagement among women in socially conservative societies where females would not speak to men.

But their inclusion in units such as the Royal Marines and Special Forces – whose specific role is to kill enemy combatants at close quarters and sometimes in hand- to-hand combat situations – is still hugely divisive. Traditionalists insist the presence of even a single woman could alter unit dynamics and change soldiers’ behaviour for the worse and cost lives.