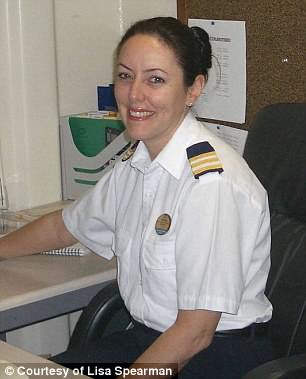 A Royal Caribbean worker has won a $20.3million payout after her hand was crushed in a sliding door during a fire safety drill.

Marketing and revenue officer Lisa Spearman was seriously and permanently injured when the watertight door slammed into her hand as she lunged to help a nurse who had stumbled during the safety procedure.

The New Zealander was left unable to properly move the fingers in her right hand and now suffers from chronic pain syndrome and post-traumatic stress disorder.

The incident happened in August 2008 on-board the US-based company’s Voyager of the Seas while it was docked in Barcelona, reported the Miami Herald.

The watertight door was being locked during the drill when the ship’s nurse – who was unaware the procedure was happening – tried to open it with a handle while Spearman stood on the other side.

The nurse stumbled, prompting Spearman to put her hand on one of the handles to try and keep the door open. 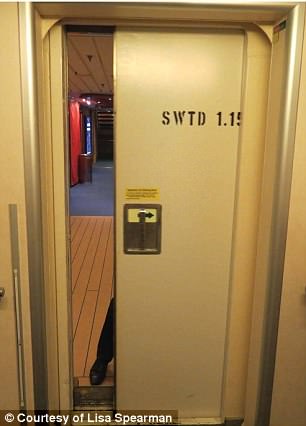 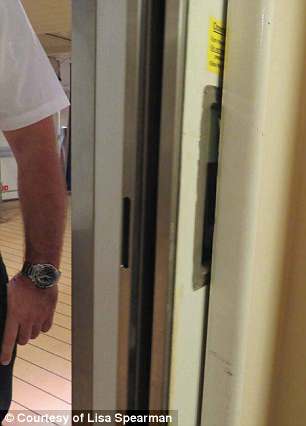 Spearman lunged to try and open the watertight door (left) after a nurse fell into it. However, the door slid back into its door socket (right) crushing her hand between the door and its frame

At this point the door slid back into its recess pocket on the wall, crushing Spearman’s hand into a tiny space between the handle and door frame.

The door lurched back a further three times, breaking her index finger and middle finger and ripping the nails from their cuticles.

Her legal team argued Royal Caribbean had not trained staff how to use the doors and failed to inform the nurse the drill was taking place.

They also complained that the company had referred Spearman to a Spanish doctor who mistreated her by splinting her fingers in the wrong position. 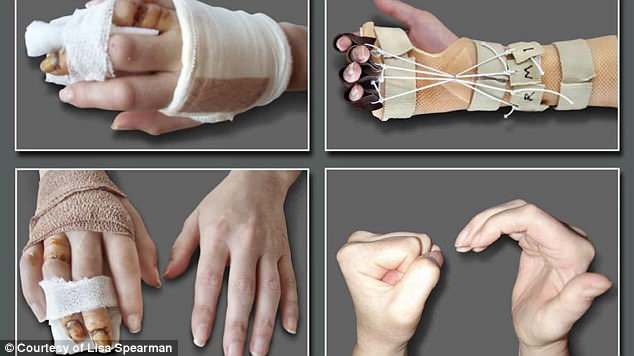 The door lurched back a further three times, breaking her index finger and middle finger and ripping the nails from their cuticles. Pictured: Her hand after the incident

Spearman was dismissed from her job in 2010 and sued in 2016 for negligence, failure to provide proper medical care, and breach of contract over her discharge for a non-performance related reason.

A court found Royal Caribbean at fault for the accident and ordered bosses to pay for lost wages, damages, and medical expenses.

The company intends to appeal.