Royal gamekeeper ‘hit motorist across the head with a stick as he shouted ‘Mind my dogs you f***ing peasant!’ on Queen’s Sandringham estate’

A royal gamekeeper hit a motorist on the head with a stick and called him a ‘f***ing peasant’ on the Sandringham estate.

Patrick Panks, was left ‘sore and bloodied’ and required hospital treatment in the alleged attack during a shoot on the Queen’s Sandringham estate.

Construction worker Mr Panks, 43, told MailOnline: ‘What happened was disgusting. Not only was I hit over the head I was called a peasant by one of the royal gamekeepers. I’m not a peasant.’ 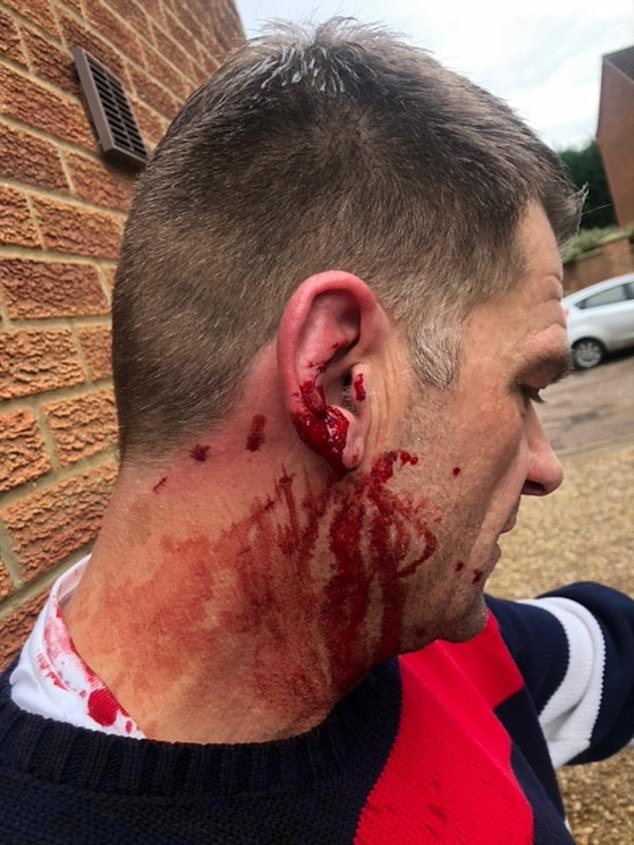 Mr Panks was treated in hospital with injuries to the face and neck before reporting the matter to police.

Reliving his ordeal hours later he told how he had been driving through the royal estate when he was forced to slow down by a group of dogs blocking the road.

He said: ‘There were six to eight spaniels and this gamekeeper in his tweeds was waving me to slow down, not that I was going fast at all. I stopped, wound down my window for a bit of a chit chat and then got out of the car. 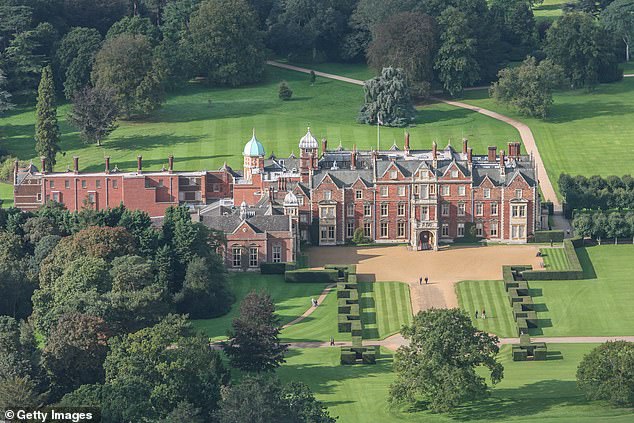 He started shouting and swearing at me and ranted ‘Get out of my way you f*****g peasant and watch my dogs!’

‘He had this brushing stick which they use for the dogs and he was waving it at me and I said ‘Don’t threaten me with that stick.’ He said that he didn’t use weapons and I told him: ‘You must have used weapons to shoot those birds and pointed at the pheasants.

‘Then suddenly went mad and hit me over the head with the stick and I could feel the blood trickling down my neck. He just kept hitting me and my face was really sore and covered with blood.’

Mr Panks from Dersingham, Norfolk, told the gamekeeper he would be going to the police and one of his party apologised and said ‘There’s no need for that,’

He took photos on his phone of his alleged attacker to show officers.

Mr Panks, who has been driving through the estate in a borrowed car to pick up his own vehicle which was being repaired, added: “It was appalling snobbery. To be called a peasant and that get whacked over the head for minding my own business is out of order.

His brother Paul later took him to Kings Lynn Hospital where the Duke of Edinburgh had been checked over the previous day. He claims to have suffered severe cuts to his head and neck and also went to A&E for a brain scan. Doctors say he could suffer concussion.

He reported the incident to police but will not make a full statement until he knows the full extent of his injuries.

A Norfolk Police spokesperson said: “Police were called around 3pm on Saturday to reports of an incident in Dersingham involving two men. A crime report has been created and officers have spoken to both parties.”

Sources told The Sun newspaper the alleged attacker was a gamekeeper at the estate.

Buckingham Palace said : ‘This is a police matter and we won’t be commenting’.

The alleged attack came just days after Prince Philip was involved in a serious crash. 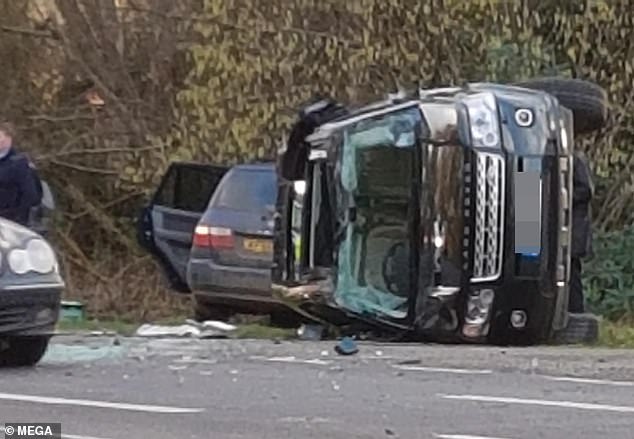 The Duke of Edinburgh reportedly said ‘I’m such a fool’ after being pulled from his wrecked Freelander on Thursday after it flipped on its side following a collision with a Kia close to Sandringham.

But after passing an eye test he was back behind the wheel of a new Land Rover, just 48 hours after the dramatic crash.

Images published on Saturday show the Duke wearing dark glasses with no seatbelt in a new Freelander delivered to him on the Queen’s Sandringham estate.

Police gave the Duke of Edinburgh an official warning after the photos emerged.

Emma Fairweather, 46, was a passenger in the Kia involved in the collision and described how she ‘couldn’t stop screaming’ when it happened near the Sandringham estate.

The Kia Ms Fairweather was travelling in was being driven by her 28-year-old friend whose nine-month-old baby was also in the car.