Royal wedding watched by almost 17million on BBC and ITV

Record viewing figures made Harry and Meghan’s wedding the TV event of the year so far.

It was watched by a peak of 13.1million just after 1pm on BBC1, making it the biggest peak figure so far in 2018, the broadcaster said. ITV’s coverage peaked at 3.6million.

The combined average audience for BBC and ITV was around 11million.

But this was lower than the figure for the Duke and Duchess of Cambridge’s wedding in 2011, which had a combined audience of 17.6million – although this included people watching on catch-up. 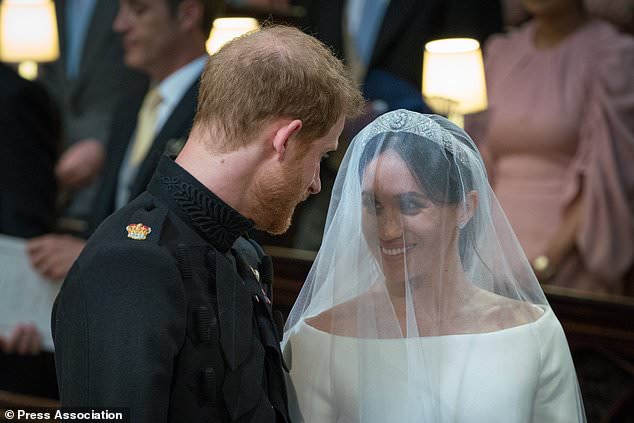 Harry and Meghan during their wedding, which was watched by almost 17million people on TV

Charles and Diana’s wedding was watched by more than 28million in 1981.

The BBC’s coverage, led by Kirsty Young, Huw Edwards and Dermot O’Leary, attracted an average of 8.7 million viewers (64 per cent share), between 9am and 2pm.

On ITV, coverage – which was fronted by Phillip Schofield and Julie Etchingham –averaged 2.5 million viewers and a 18.6 per cent share between 9.25am and 3pm.

The five-minute audience peak on BBC1 is the biggest across all channels this year, the broadcaster said.

Charlotte Moore, director of BBC content, said: ‘BBC1 brought the nation together in their millions for a super Saturday to remember, combining the royal wedding with a peak audience of 13.1 million viewers and the FA Cup Final.’ 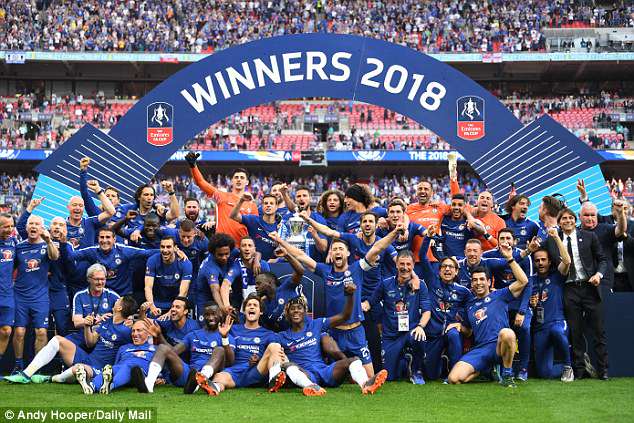 Chelsea celebrate their victory in the FA Cup final, which had a peak audience of 8.7million