Bring out the bunting! Royal well-wishers arrive in Windsor and police sniffer dogs make their final rounds as the town gets ready to host Princess Eugenie’s star-studded wedding

The streets of Windsor are gripped by royal fever today as the Queen’s granddaughter counts down the hours to her lavish wedding.

Princess Eugenie has just one day to go until she says her vows to tequila brand ambassador Jack Brooksbank in the gothic surrounds of St George’s Chapel, Windsor Castle.

Some 850 guests will gather in the historic surroundings where the Duke and Duchess of Sussex wed five months ago, while around 1,200 members of the public have been given balloted invites to the castle’s Lower Ward, as have charity representatives, children from Eugenie’s old schools, and royal household staff.

Police have stepped up security measures around the town and were seen today checking drains and patrolling with sniffer dogs.

Undeterred by the stringent security, fans have been hanging bunting from shops and setting their banners up in anticipation of the couple’s carriage procession. 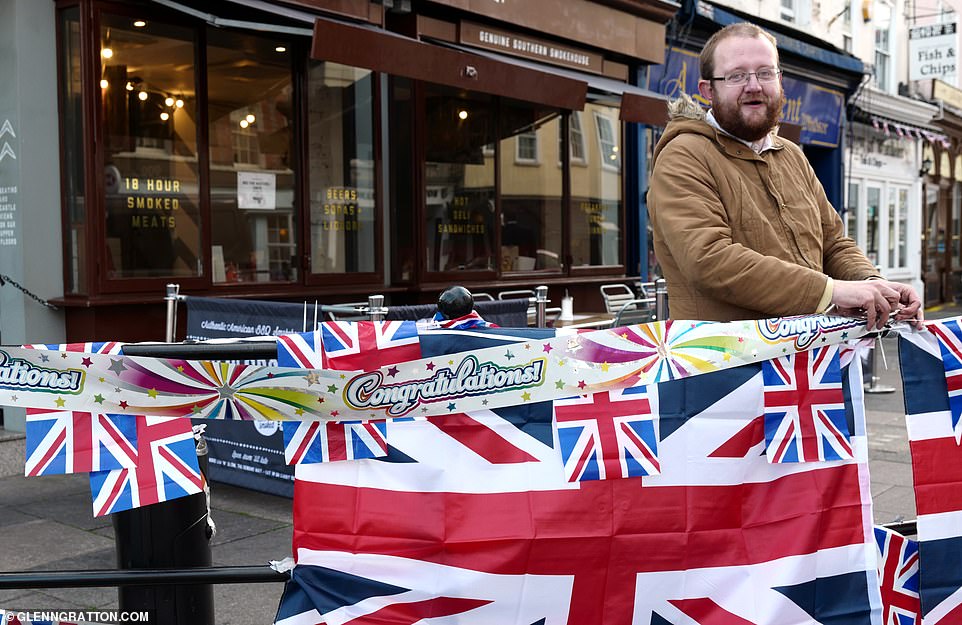 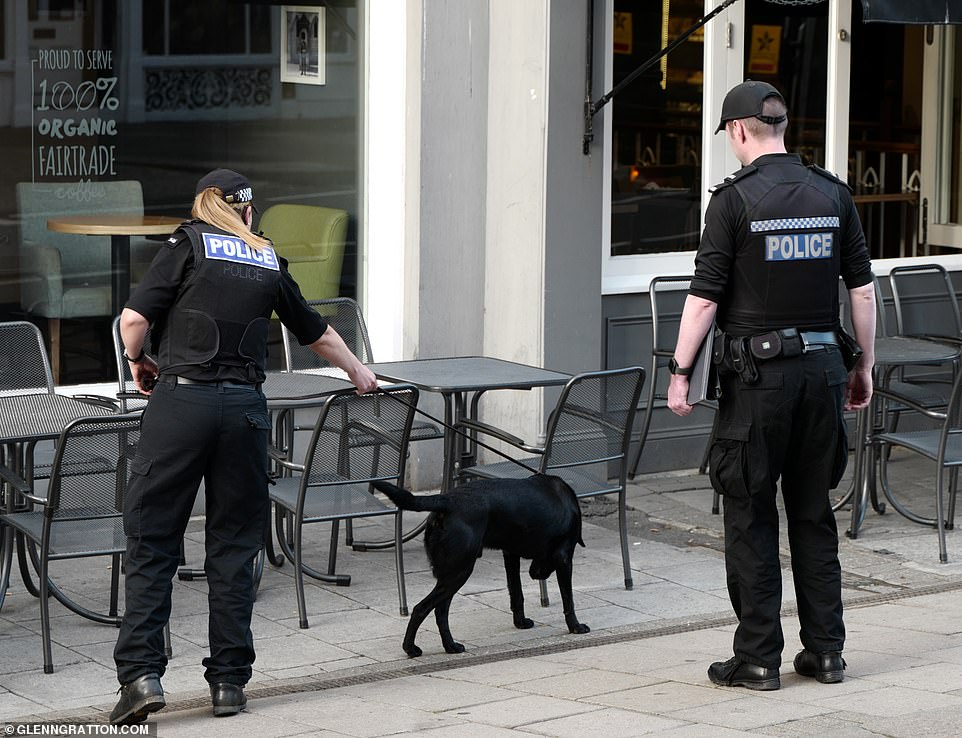 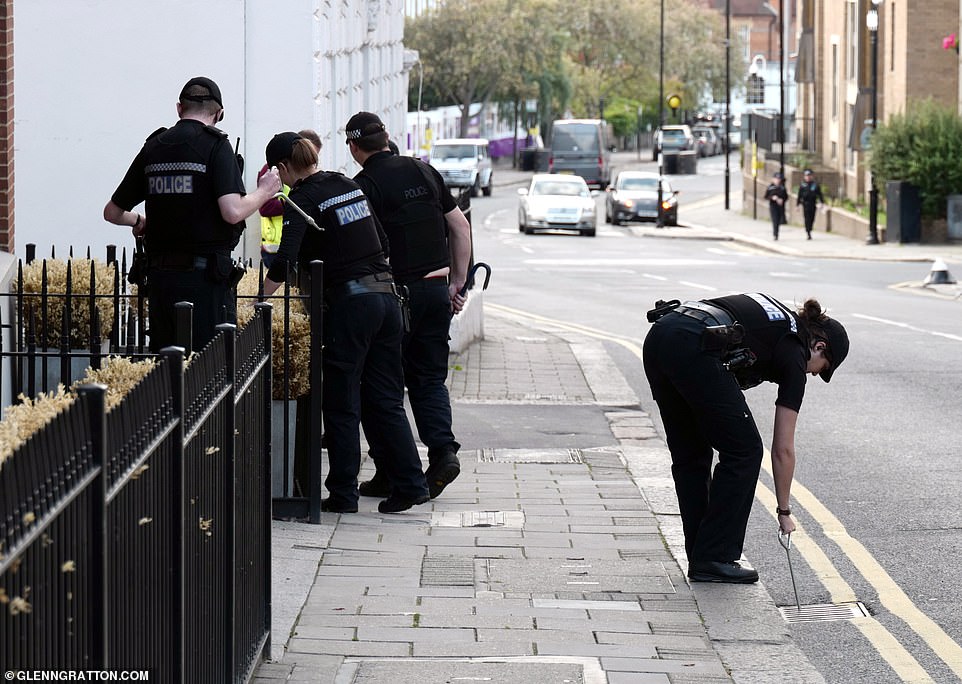 Royals fans hoping to catch a glimpse of the bride can wait for the newlyweds’ carriage procession through Windsor town centre – but the couple will not be travelling up the Long Walk to the Castle like Harry and Meghan did.

But Republic, a campaigning group working for an elected head of state, has criticised the security cost to the taxpayer, saying estimates have put the bill at £2 million.

Harry and Meghan and the Duke and Duchess of Cambridge are expected to be among the guests on Friday, along with the Queen and a host of royals.

Celebrity guests will include former Take That singer Robbie Williams and his wife and fellow X Factor judge Ayda Field.

Royal fans will be hoping for some fun-filled antics from the young helpers in the bridal party, which include Zara and Mike Tindall’s spirited four-year-old Mia and Peter and Autumn Phillips’ daughters Savannah and Isla. 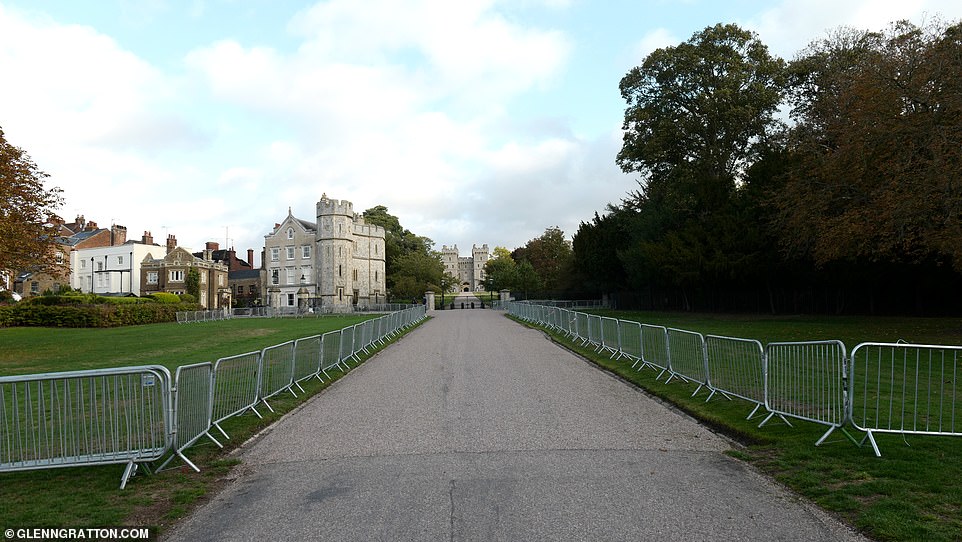 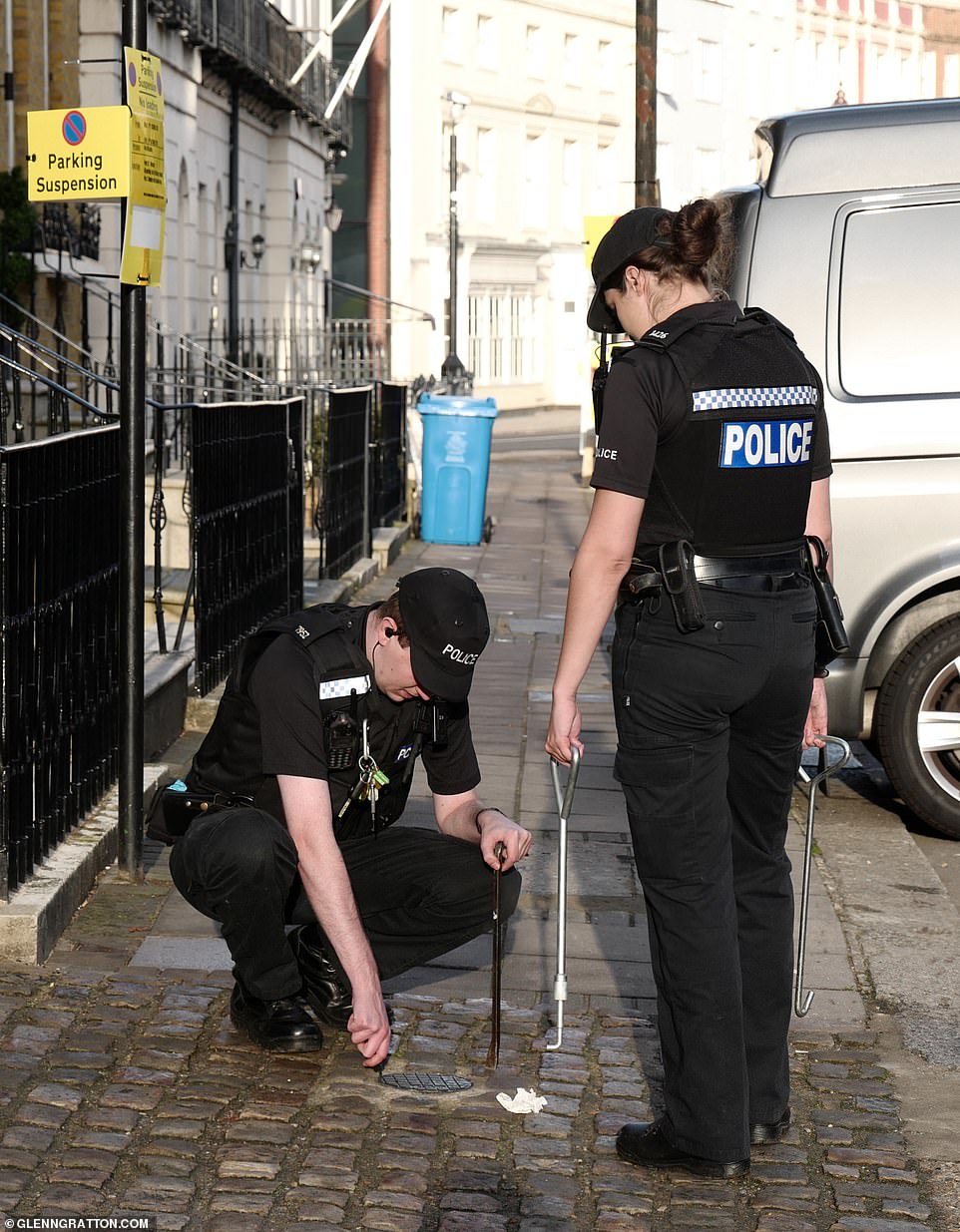 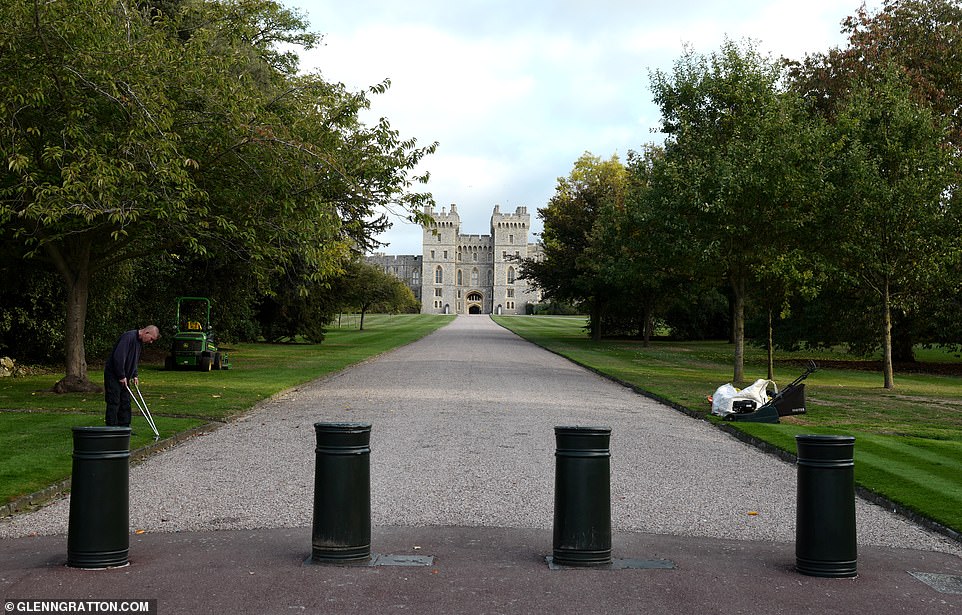 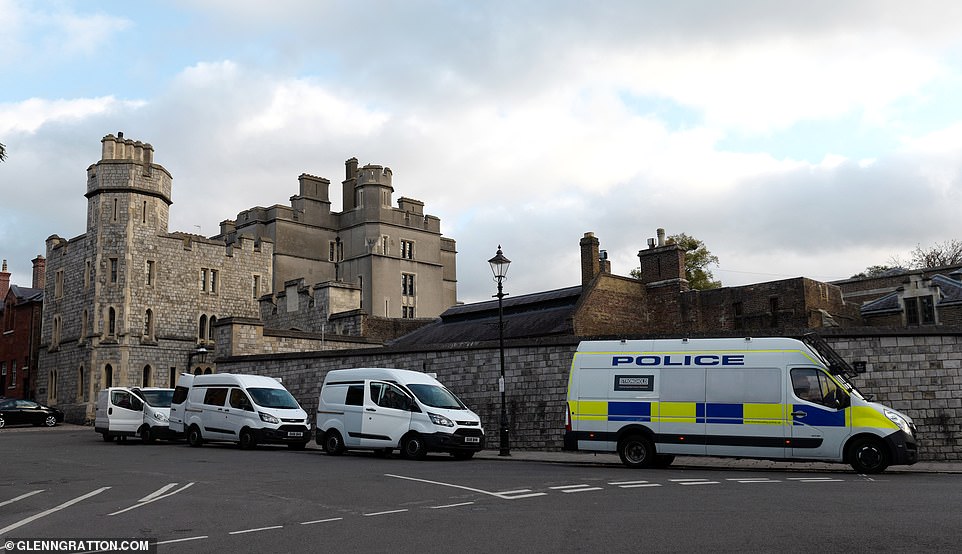 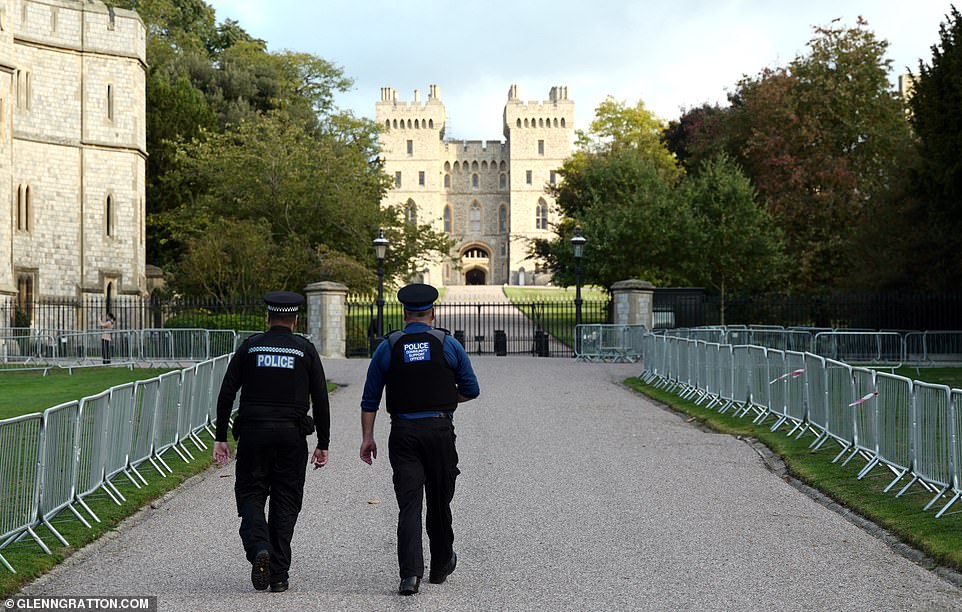 Republic, a campaigning group working for an elected head of state, has criticised the security cost to the taxpayer, saying estimates have put the bill at £2 million

‘They call it a once-in-a-lifetime experience, but not for us’: Schoolboy choristers’ excitement at performing at their second royal wedding 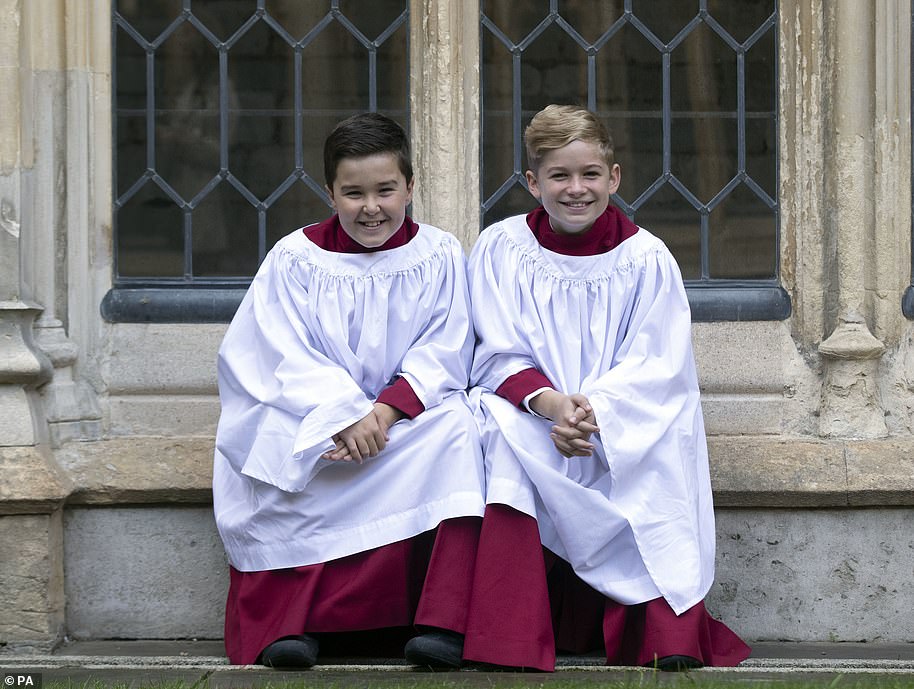 Alexios Sheppard, 11, (left) and Leo Mills, 12, (right) both performed at the Duke and Duchess of Sussex’s wedding and now will be centre stage for the nuptials of Princess Eugenie and Jack Brooksbank

Young choristers who will sing at the royal wedding have described their excitement ahead of the big day.

Alexios Sheppard, 11, and Leo Mills, 12, both performed at the Duke and Duchess of Sussex’s wedding and now will be centre stage for the nuptials of Princess Eugenie and Jack Brooksbank.

It is the first time in living memory two royal weddings have been staged in the same year at Windsor Castle’s St George’s Chapel, so the two choristers will be part of an historic double.

The boys could not hide their joy, with Alexios saying: ‘It’s one of the best experiences we’re ever going to have – it’s just amazing.’

Leo added: ‘I think it’s really cool we get to sing at two royal weddings in one year. No one ever really gets to do that much – it’s a very rare occasion so we’re very lucky.’

Alexios joked: ‘They call it a once-in-a-lifetime experience, but not for us.’

The pair, who attend St George’s School at Windsor Castle, said they both enjoyed the experience of singing in St George’s Chapel when Harry and Meghan married in May.

Alexios said about the earlier wedding: ‘There was just this warm buzz going around the chapel – it just felt amazing and I feel this one is going to be as good as well.’

Leo added: ‘It was a bit nerve-racking at the start but then when we got in I felt fine, it felt like a normal service, with added bits.’

Maud Windsor, who is Eugenie’s goddaughter and the daughter of Lord Frederick Windsor and his actress wife Sophie Winkleman, is also a bridesmaid.

The Queen’s youngest grandchildren, 14-year-old Lady Louise Mountbatten-Windsor and 10-year-old Viscount Severn, who are the children of the Earl and Countess of Wessex, will take on the role of Special Attendants.

William and Kate’s youngest child Prince Louis, who is only five and a half months old, is too young to attend and will be staying at home.

The Duchess of Cornwall will also be missing, having a long-standing engagement at a school in Scotland.

Proud parents the Duke of York and Sarah, Duchess of York will be gearing up for the celebrations.

Andrew has remained on very friendly terms with his ex-wife the duchess amid speculation they might even remarry.

However, her relationship with her former father-in-law the Duke of Edinburgh is said to be non-existent.

Philip is said to have never forgiven ‘Fergie’ for the scandal she caused when she was caught in the infamous ‘toe-sucking’ incident, having her feet kissed by financial adviser John Bryan in 1992.

The groom Jack has asked his brother Thomas to be his best man while Eugenie’s older sister Princess Beatrice will be her maid of honour. 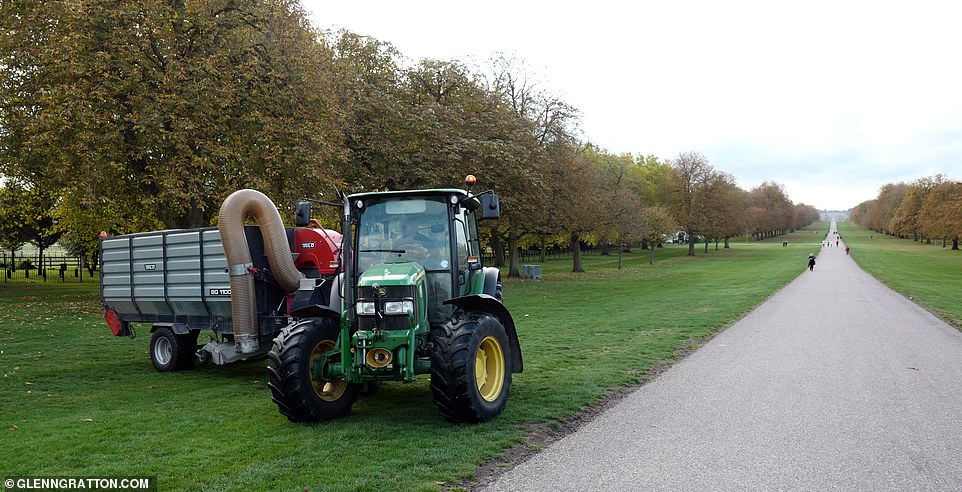 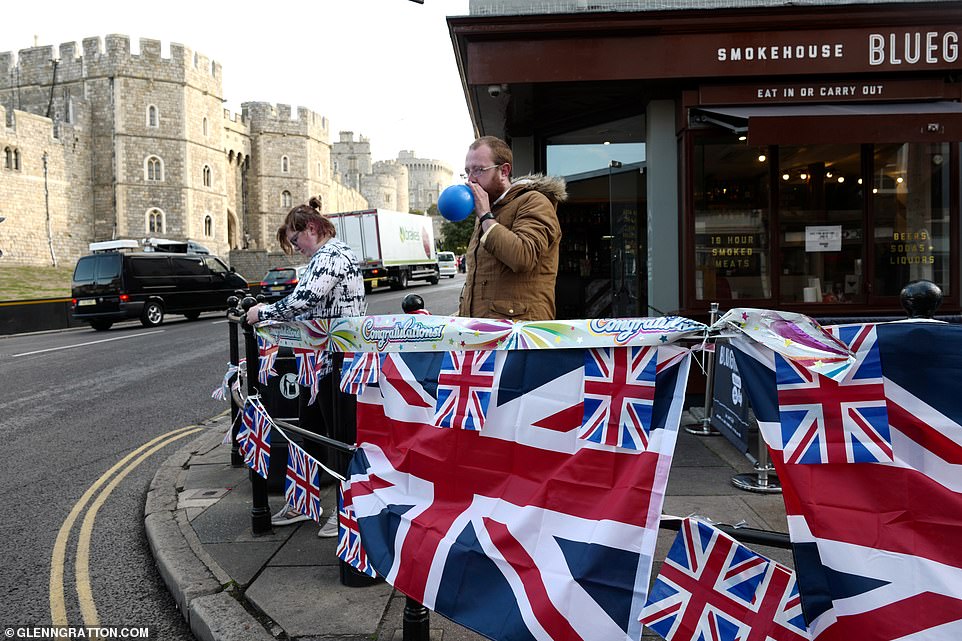 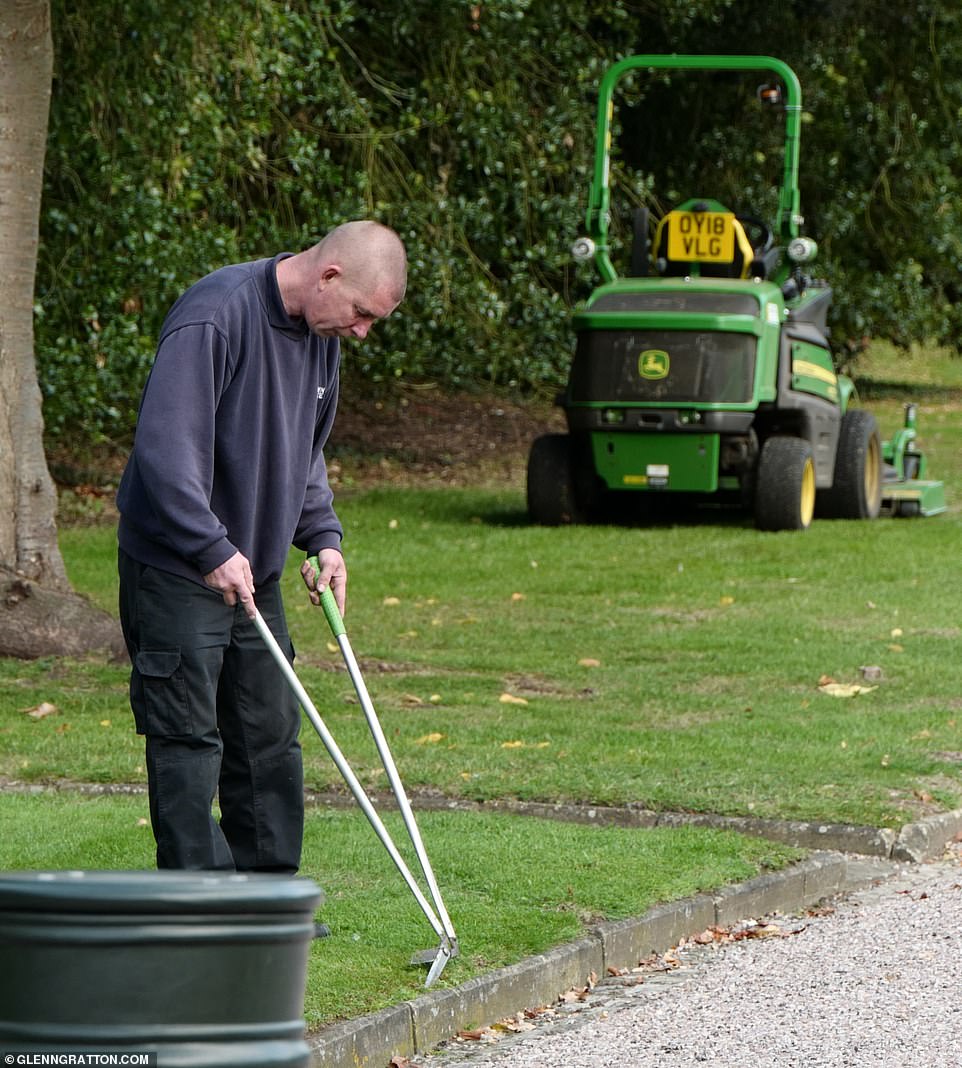 Jack works as a drinks executive for Casamigos tequila, which was founded by Clooney and Crawford’s husband Rande Gerber.

Italian singer-songwriter Andrea Bocelli will perform two pieces during the ceremony which begins at 11am, with members of the Royal Philharmonic Orchestra also featuring.

The wedding service will include a personal prayer written by Archbishop of York John Sentamu.

Dean of Windsor David Conner will give the address and also officiate as the couple make their marriage vows.

The Queen is hosting an afternoon reception afterwards in the castle’s St George’s Hall, but the festivities are expected to continue into the early hours with an evening party at the York family home, the Royal Lodge in Windsor Great Park.

Eugenie is ninth in line to the throne.

The wedding is being screened in full on ITV as part of a special three-hour This Morning show live from Windsor, hosted by Eamonn Holmes and Ruth Langsford.

Broadcast footage will also be live streamed on The Royal Channel and The Duke of York’s YouTube channels, and the royal family and Andrew’s Facebook pages.