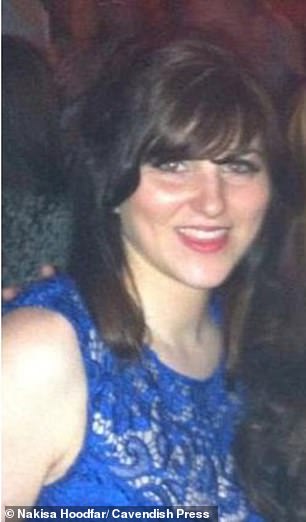 A runaway mother who kidnapped her own four-year-old son and took him to Kuwait for three years to start a new life has been spared prison after the boy’s father urged a judge not to jail her.

Restaurant manageress Nakisa Hoodfar, 31, tricked Kyle Wallwork into signing passport papers on the false basis she and their son were going on holiday to Spain.

But she then spirited the boy away 4,000 miles away from home for a new life in the middle-eastern country Kuwait.

Mr Wallwork – who was separated from Hoodfar – only realised he had been duped when he tried to speak to his son only to discover he was living in the Arab country with Hoodfar and her new boyfriend.

The 32-year old, from Warrington, Cheshire was barely able to contact the boy except by Skype and email and it is believed a warrant was issued at the High Court for the mother’s arrest.

Hoodfar, from Stockport, Greater Manchester who went on to have two more children with her unnamed partner spent three years in Kuwait before returning to the UK of her own accord in July this year.

She and her partner got married and the boy now eight is currently living with them at an address in Withington, Manchester. 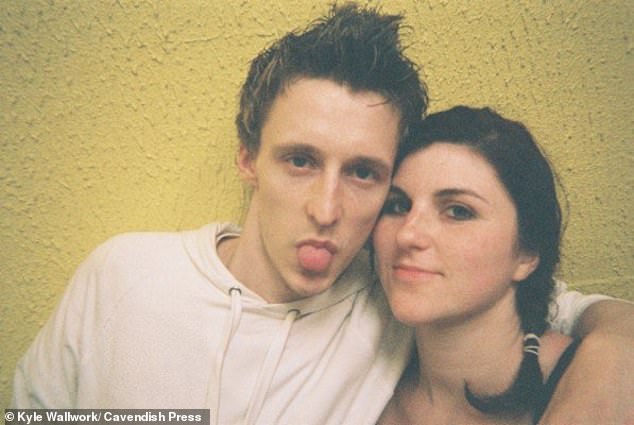 Hoodfar (right), 31, tricked Kyle Wallwork (left) into signing passport papers on the false basis she and their son were going on holiday to Spain 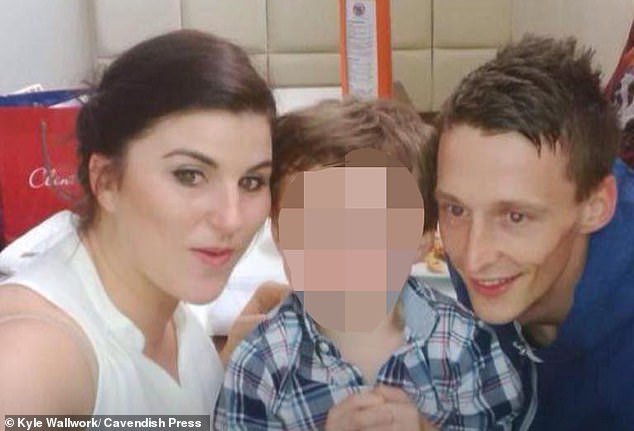 In a statement Mr Wallwork said: ‘She took my son from me for over three years knowing that I would not have consented. That’s a massive chunk of his life I have missed.

‘I am always thinking of what is best for my son and I don’t want to remove him from his mother. I do get to see him most weekends. I don’t want her to go to prison, but what she did cannot go unpunished.

‘Those three years have lost me a massive amount of time with my son.’

The abduction occurred in July 2015 after Hoodfar who had custody of her son found love with a new boyfriend after splitting with Mr Wallwork.

Prosecuting, David Lees, said: ‘Mr Wallwork was having regular contact with his son but the defendant asked for his consent to get a passport for the boy so she could take him on holiday to Spain.

‘Mr wallwork agreed but became suspicious when he couldn’t get hold of Miss Hoodfar. 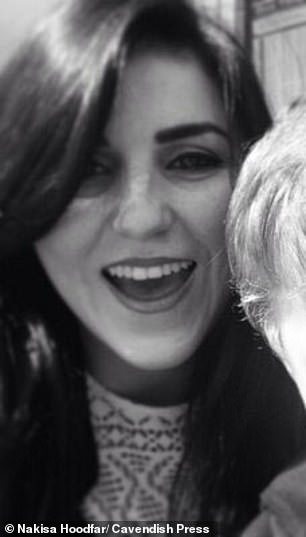 In mitigation defence lawyer Kelly Cyples, said that Hoodfar (pictured) kept her son and his father in regular contact, and invited Mr Wallwork to Kuwait to see his son

‘He kept trying until August 31, called the police then found out that she had taken their son to Kuwait, which she was not allowed to do.

‘A court order was made for his return but it was not until July this year that he was returned, so three years after he was taken out of this jurisdiction.

‘But she would enable Skype contact between the two of them while in Kuwait. She told Kyle that she left the country to have a new life in Kuwait with a new partner. She did, however, return on her own accord.’

In mitigation defence lawyer Kelly Cyples, said: ‘She accepts that, with no family support, she made contact with her now husband and then made a decision to go out and see him.

‘Ms Hoofar did not intend remain out of the country for the amount of time that she did.

‘What she saw was refuge for her isolated life, caring for her son and holding down a job while taking on the stresses and strains of being a parent. All the responsibility fell on her.

‘In Kuwait, she kept her son and his father in regular contact, and she invited Mr Wallwork to Kuwait to see his son, but he declined.

‘She didn’t have any knowledge that what she did was an offence of abduction, she didn’t realise you could abduct your own child.

‘Taking a child away from a parent is obviously an offence, but that was not in her mind. She fell pregnant twice in Kuwait, both were unplanned, and there is a law in Kuwait that prevents the mother travelling without her child without the father’s permission.

‘There’s no risk now of the boy being taken out of this jurisdiction again. Since her return, she has secured employment and she looks after three children.

‘She is the only person in the house who has a job as her husband cannot work yet in this country.

‘Your honour will rightfully regard this as a serious offence and the custody threshold may have been passed, but I invite your honour to step back from an immediate custodial sentence.

‘The impact of a custodial sentence would be devastating on the family and Mr Wallwork also doesn’t want to see her sent to prison.’ 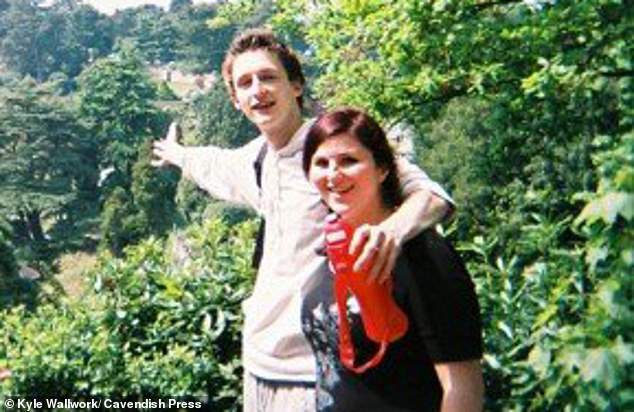 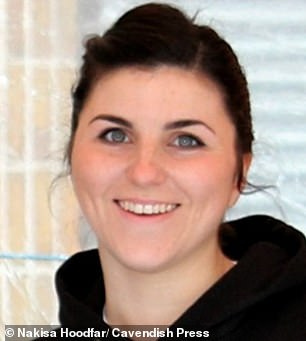 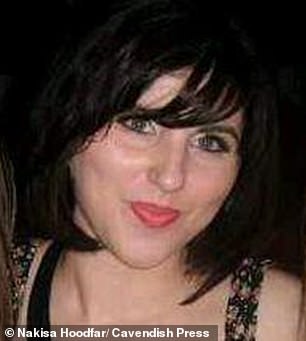 Hoodfar (pictured left and right), from Stockport, Greater Manchester went on to have two more children with her unnamed partner while in Kuwait – before returning three years later to the UK of her own accord in July this year

Sentencing Judge Tina Landale said: ‘Mr Walwork made a court order for his son’s return, but you ignored this and didn’t return until three years later at a time when he was much more developed.

‘You did enable Skype contact between father and son and you were still in email contact with Mr Wallwork.

‘He said he does not want to see you go to jail. Your offence is extremely serious. It is particularly serious because of the lengthy period you abducted him for – three years.

‘Your offence has caused damage to the emotional relationship with him and his father.

‘You kept him out of the country despite knowing there was a court order for his return. You have shown a total disregard for the court process.

‘In mitigation, you do offer some contact with his father now and you are co-operating with the authorities to re-establish their relationship. The boy’s father thinks that he is best with you.

‘The personal mitigation and, most importantly, your son’s welfare allows me to suspend your sentence.