A RUNAWAY zebra was shot dead after causing an accident on a motorway in Germany.

Two zebras escaped from a circus on Tuesday and were chased overnight by police in the village of Thelkow. 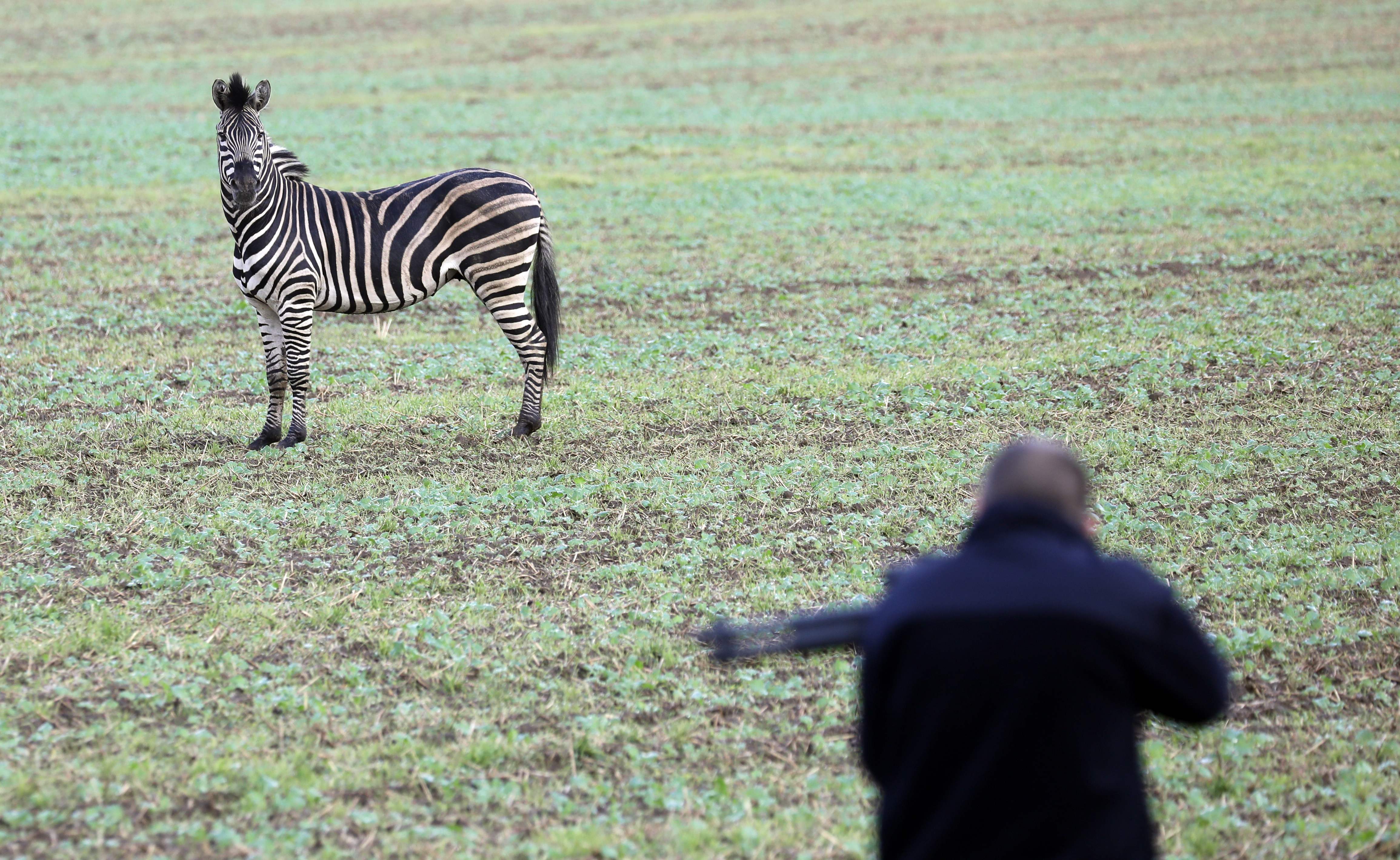 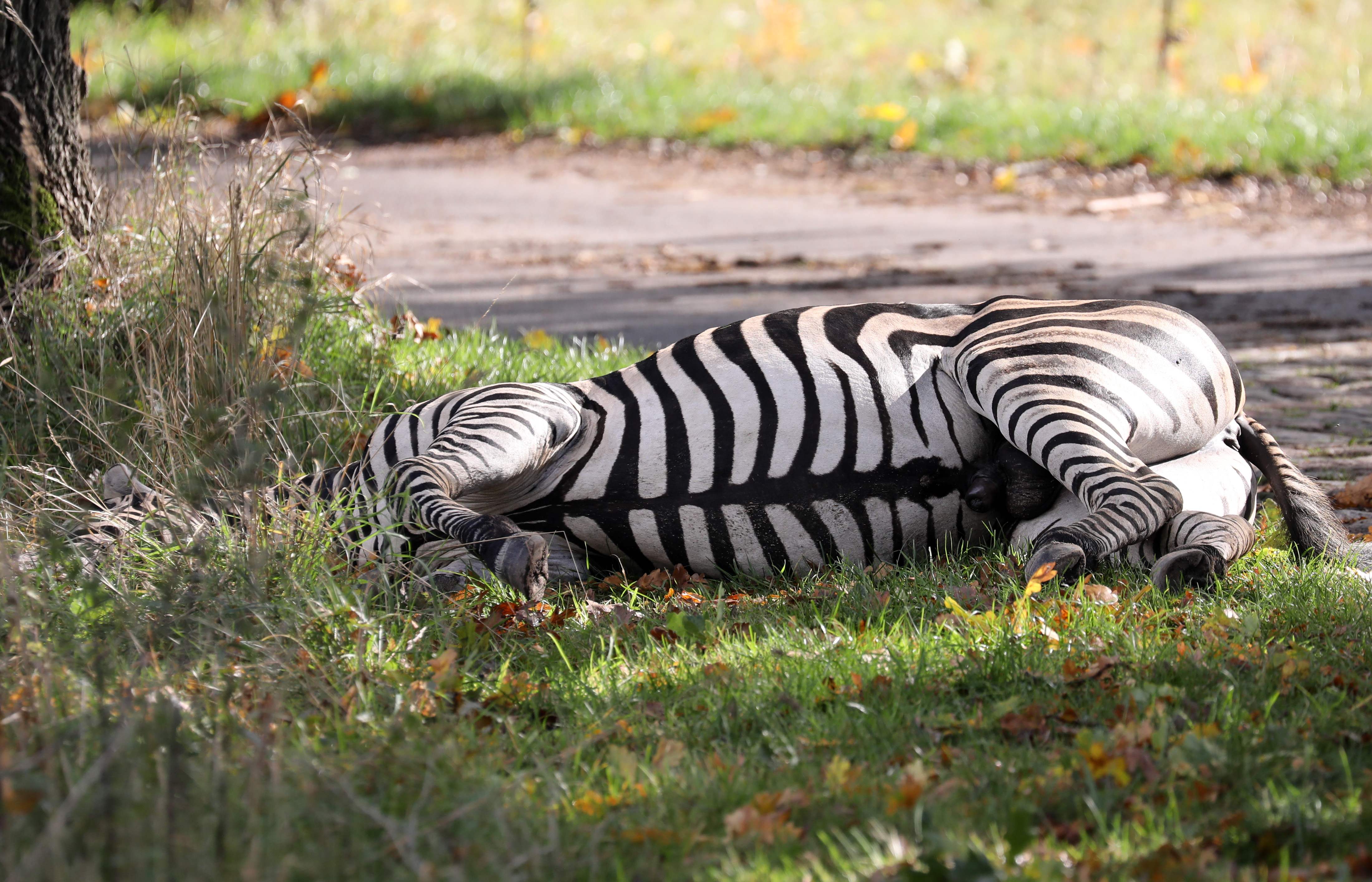 Pictures show a man with a tranquilliser gun trying to get close to the animal in a field before it starts to run past a police car.

One was caught and returned to the circus and the other was shot by police after causing a rear-end collision on the German autobahn.

The crash happened when the zebra ran in front of a car and the driver braked to avoid it, but ending up hitting the vehicle in front of them, police said.

No one was injured in the car crash.

Police added the zebra also damaged vehicles and forced the temporary closure of the highway.

Yonne Würz, a biologist and PETA's specialist for animals in the entertainment industry, blasted the circus for using animals.

She said yesterday: "The outbreak of circus Barlay zebras is further proof that circus holdings can not accommodate wildlife safely or properly – one of the zebras was even killed in the hunt.

"Wildlife has nothing to do with the circus, and it's about time they were finally banned in the circus nationwide."

A police spokesperson told Deutsche Welle: "The animal was going in the wrong direction on the autobahn from Tessin to Rostock."

Details of the shooting have not been made public and it is unclear how the two zebras escaped the circus. 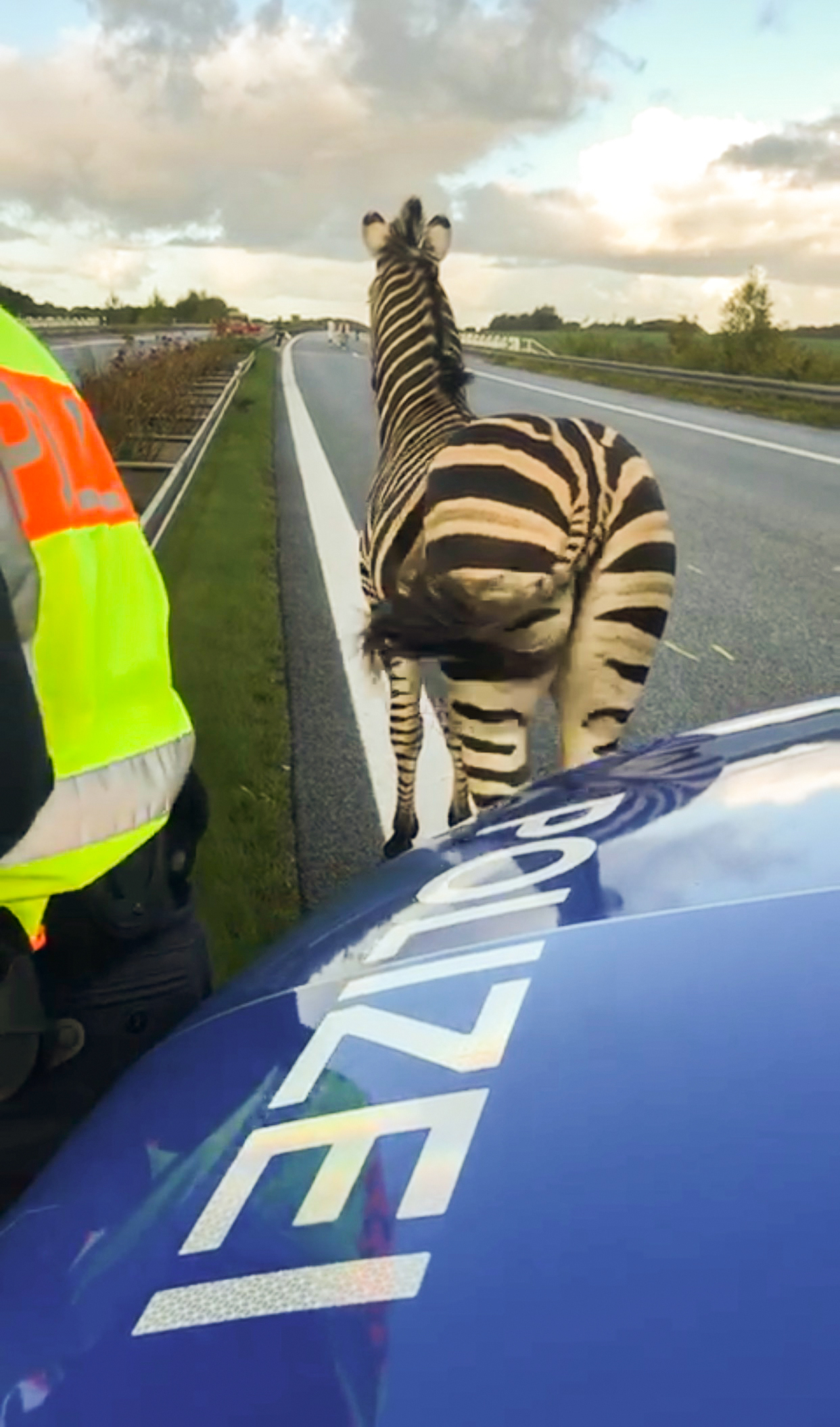 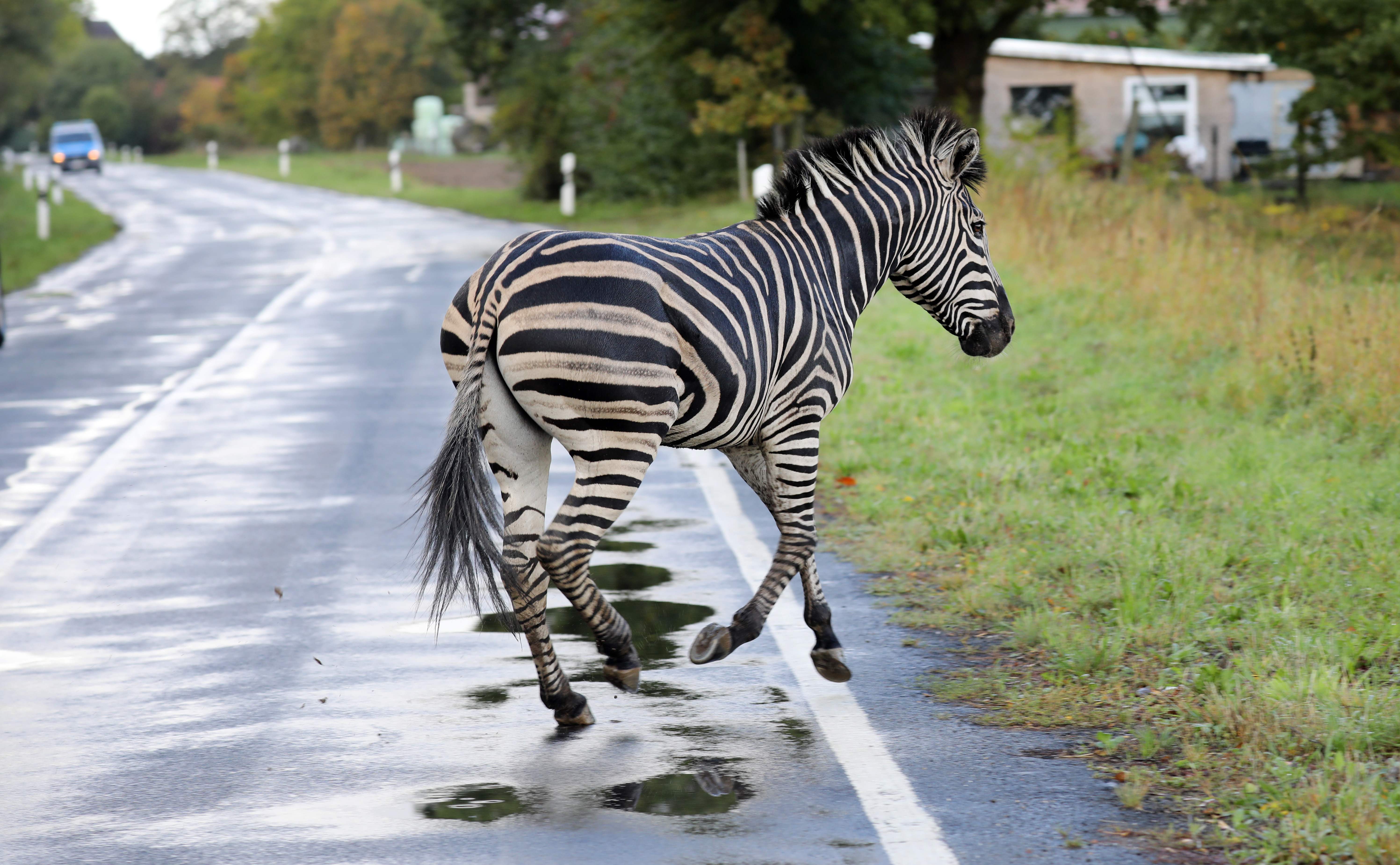