Russia announces its largest war games since the Cold War, involving 300,000 troops and every airborne unit

Russia has today announced it will hold its largest war games since the Cold War in a massive military exercise that will also involve the Chinese and Mongolian armies.

Some 1,000 aircraft, 300,000 troops and two naval fleets will take part in the drills  in central and eastern Russian military districts next month.

The manoeuvres will take place at a time of heightened tension between the West and Russia, which is concerned about what it says is an unjustified build-up of the NATO military alliance on its western flank.

NATO says it has beefed up its forces in eastern Europe to deter potential Russian military action after Moscow annexed Ukraine’s Crimea in 2014 and backed a pro-Russian uprising in eastern Ukraine. 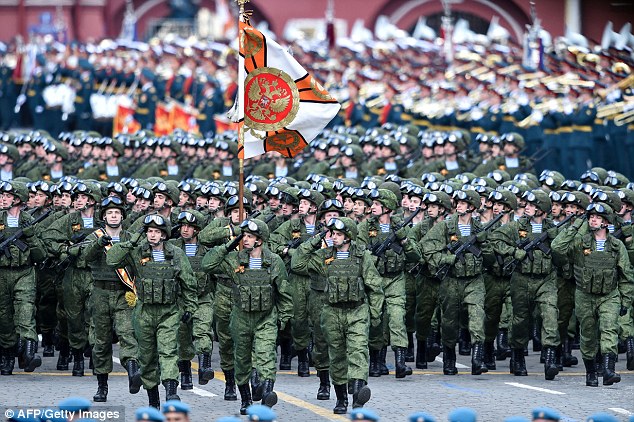 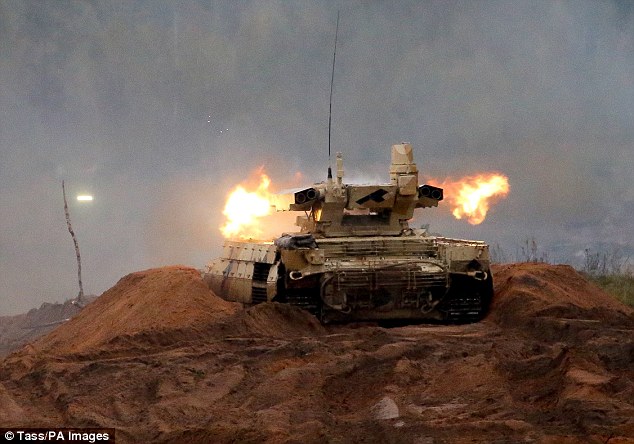 Some 1,000 aircraft, 300,000 troops and two naval fleets will take part in exercises at the Tsugol training range in Russia’s Trans-Baikal Region next month

The Vostok-2018 exercises will be carried out from September 11 to 15 with China and Mongolia joining Russian units at the Tsugol training range in the Trans-Baikal region.

‘This will be something of a repeat of Zapad-81, but in some senses even bigger,’ Sergei Shoigu said of the 1981 war games in Eastern Europe, in comments reported by Russian news agencies.

He said ‘more than 1,000 aircraft, almost 300,000 troops and almost all the ranges of the Central and Eastern military districts’ would be involved in the exercises.

‘Imagine 36,000 pieces of military equipment moving together at the same time – tanks, armoured personnel carriers, infantry fighting vehicles. And all of this, of course, in conditions as close to combat as possible.’

The war games are likely to displease Japan which has already complained about what it says is a Russian military build-up in the Far East.

Japanese Prime Minister Shinzo Abe is due to attend an economic forum in Vladivostok during the same period.

According to Russian News Agency Tass, the size of the Russian Armed Forces stands at 1,902,758 personnel, including 1,013,628 servicemen. 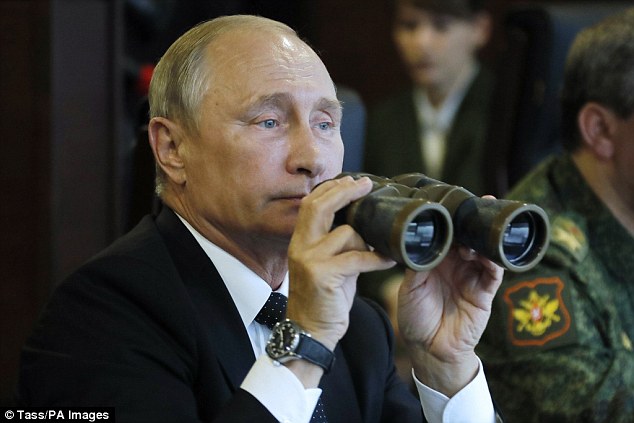 The Vostok-2018 exercises will be carried out from September 11 to 15 with China and Mongolia also taking part. Russian President Vladimir Putin is pictured at military exercises in 2017

But NATO claimed Russia could have been massively underreporting the scale of the exercises, which some of the alliance’s eastern members said involved more than 100,000 servicemen.

The Russian military has increased both the scope and frequency of its maneuvers amid tensions with the West. It also has expanded military ties with China.

Moscow and Beijing have conducted a series of joint military maneuvers, including exercises in the South China Sea and navy drills in the Baltics last summer.

The two countries have forged what they described as a ‘strategic partnership,’ expressing their shared opposition to the ‘unipolar’ world – the term they use to describe perceived U.S. global domination.

In September, China is due to send 3,200 elite troops from the Northern Theatre Command as well as 30 fixed-wing aircraft and helicopters to the war games event. When asked if the cost of holding such a massive military exercise was justified at a time when Russia is faced with higher social spending demands, Kremlin spokesman Dmitry Peskov said such war games were essential.

‘The country’s ability to defend itself in the current international situation, which is often aggressive and unfriendly towards our country, means (the exercise) is justified and essential,’ Peskov told reporters on a conference call.

NATO spokesman Dylan White said that Russia had briefed the alliance on the planned exercise in May and that NATO planned to monitor it. Russia had invited military attaches from NATO countries based in Moscow to observe the war games, an offer he said was under consideration.

‘All nations have the right to exercise their armed forces, but it is essential that this is done in a transparent and predictable manner,’ White said in an emailed statement.

‘Vostok demonstrates Russiaâs focus on exercising large-scale conflict. It fits into a pattern we have seen over some time: a more assertive Russia, significantly increasing its defence budget and its military presence.’

Shoigu this month announced the start of snap combat readiness checks in central and eastern military districts ahead of the planned exercise.