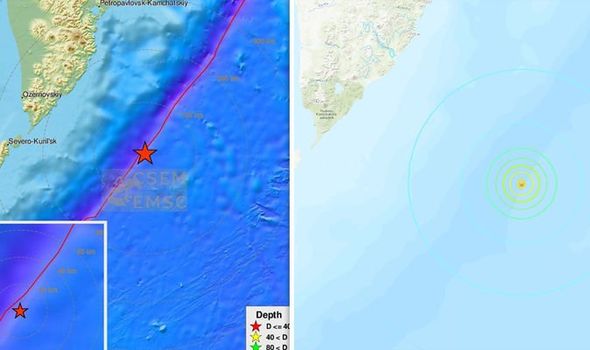 The quake was reported by the United States Geological Survey (USGS). The epicentre of the quake, initially reported as a magnitude 6.5 and later downgraded to 6.1, was 168 miles (270 km) east of the small town of Severo-Kurilsk, the USGS said. The quake struck at 10.06pm on Thursday. The area is sparsely populated.

Witness testimony of the impact posted on emsc-csem.org described the quake as “weak but on the ground floor palpable”.

Someone else said: “If my pet had not come running to me, I would not have understood what was shaking.”

And another person based in Petropavlovsk-Kamchatsky said: “I was shaking noticeably. It seems there were two thrusts.”

Despite those describing the quake as “weak” tremors of a magnitude of 6 or above on the Richter scale are classified as “strong”. 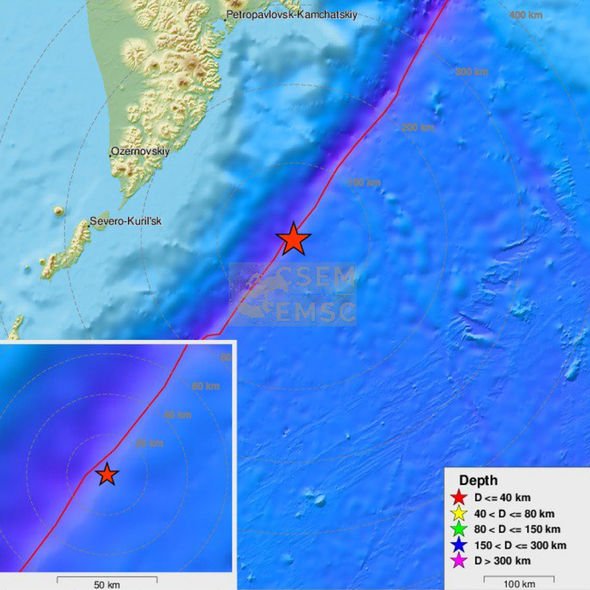 There are roughly 120 “moderately powerful” earthquakes per year of magnitude 6 or above.

They “may cause a lot of damage in a larger area”.

Earthquakes are extremely common in the Ring of Fire region of the world.

The explosive region stretches around the planet in a horseshoe shape and is home to the vast majority of the world’s volcanoes and tectonic plate activity. 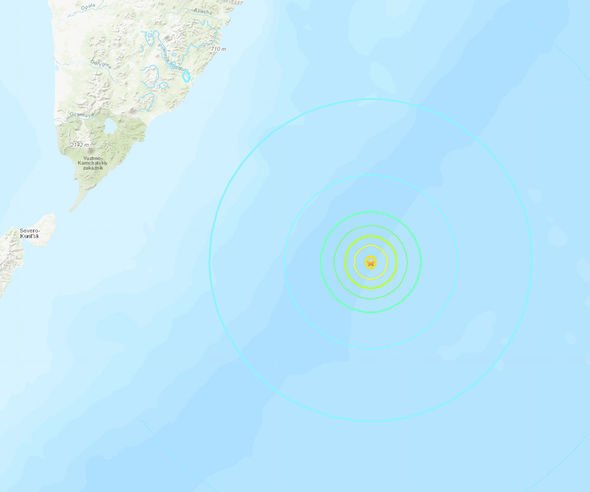 Because of the volatile nature of the area tsunamis are also common.

The earthquake was followed by a magnitude 7.8 event seven days later.

Both earthquakes triggered tsunamis that were observed around the northern part of the Pacific ocean.