The Avangard was test-fired on Wednesday.

It is described as a hypersonic glide vehicle that flies 27 times faster than the speed of sound.

Russian President Vladimir Putin oversaw the weapon’s launch, comparing it to a “meteorite”.

It was launched from southwest Russia and successfully hit and destroyed a target 3,700 miles (5,954km) away in the country’s far east, he said. 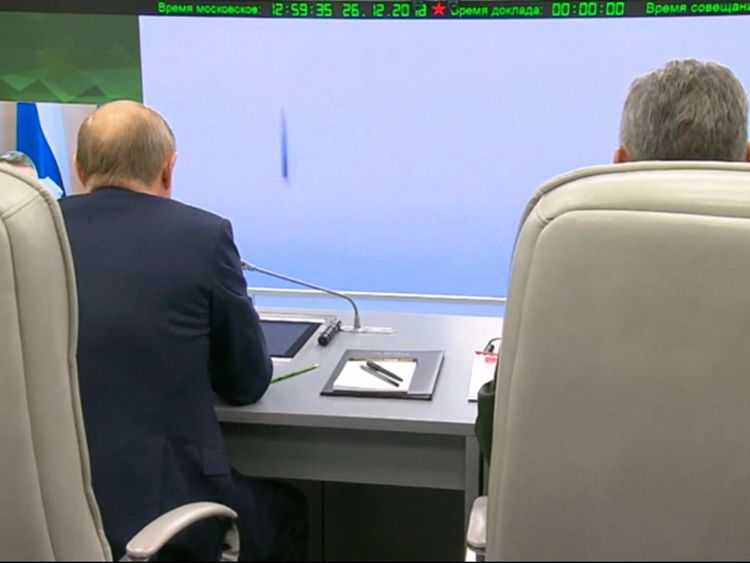 Russia started the Avangard project in 2002, after the United States withdrew from the 1972 Anti-Ballistic Missile Treaty with the Soviet Union.

Then-president George W Bush ordered new defences to be created against long-range ballistic missiles – which would have breached the agreement.

He said at the time that Cold War tensions between the US and Russia “no longer exist” and that in the aftermath of 9/11, the biggest threats come from “terrorists who strike without warning”. 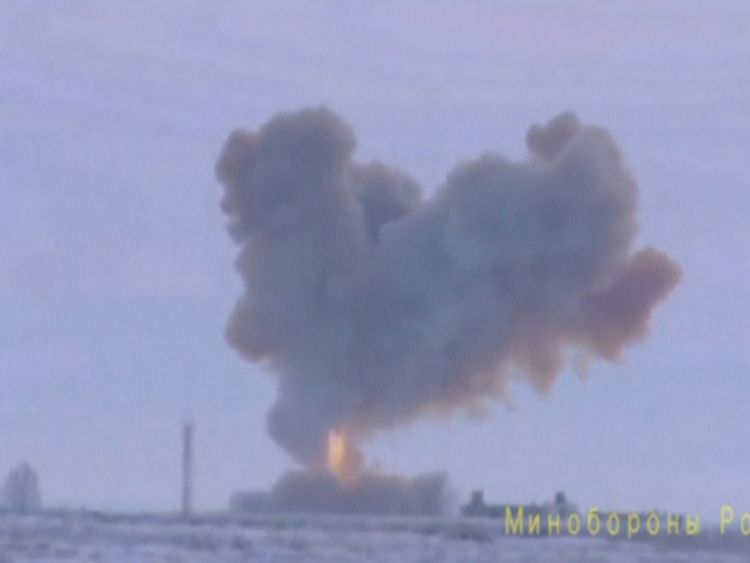 Moscow feared that the new US missile shield could erode its nuclear deterrent.

So Putin announced two years later that Russia was working on a new hypersonic weapon.

“The Avangard gliding warhead is a re-entry vehicle designed to perform erratic hypersonic manoeuvres to baffle defence systems,” he said.

“But that design increases the risk of it disintegrating and it loses accuracy.

“These systems add nothing to the Russian nuclear deterrent.”