The shock statement comes after Trump confirmed reports he wanted to buy the semi-autonomous island. Politicians across the globe weighed in their with concerns, including Denmark’s Prime Minister, Mette Frederiksen, who said the plan was “absurd”.

Greenland is an extended dependent territory of Denmark, with granted self-governance.

But, the US would have had to consult Denmark before any purchase went ahead – something Trump failed to do.

However, Russian Foreign Ministry spokesperson Maria Zakharova told reporters on Wednesday that: “These two states are sovereign, they can make different offers to each other, respond to them, accept these proposals, they can take any decision they like, this is their right.” 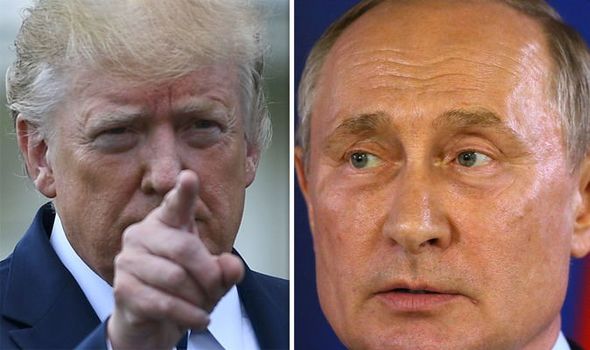 In light of the reports, the Princess said: “The people of Greenland should and can decide about their own destiny.”

Ms Zakhavora hit out that if that was the case saying “why didn’t we hear the same thing some five years ago?”.

This was in reference to Crimea’s vote to join Russia in 2014 – an event that caused international unrest as the territory departed from Ukraine.

Trump didn’t need much defending, though, after he stood his own ground and branded the Danish PM’s comments as “nasty” and “inappropriate”.

He told reporters outside the White House last week that Ms Frederiksen was wrong and somewhat disrespectful towards the US.

This all culminated in Trump snubbing a meeting with the Danish PM – just two weeks before it was set to go ahead.

Queen reveals how Donald Trump ‘ruined’ one of her prized possessions

Satanic Temple: ‘Trump is NOT the problem, Mike Pence is FAR worse’ 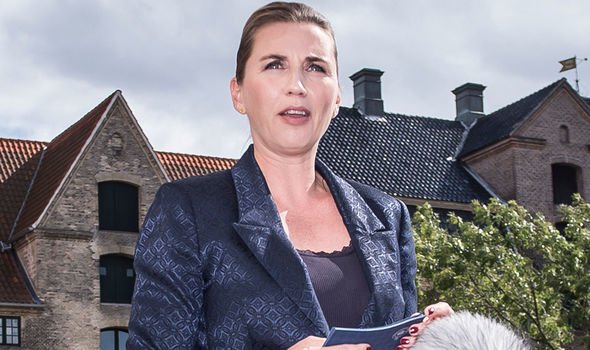 The President did however offer a kind word to the country and its people.

He called it ”a very special country with incredible people,” but reiterated that “based on Prime Minister Mette Frederiksen’s comments, that she would have no interest in discussing the purchase of Greenland, I will be postponing our meeting scheduled in two weeks for another time….”

Questions were immediately asked of why Trump wanted to but the island, after it wasn’t revealed for a while after the reports emerged.

Many theories were drawn up, with some arguing he wanted to buy Greenland for for its abundance of natural resources being made available by accelerating rates of melting permafrost. 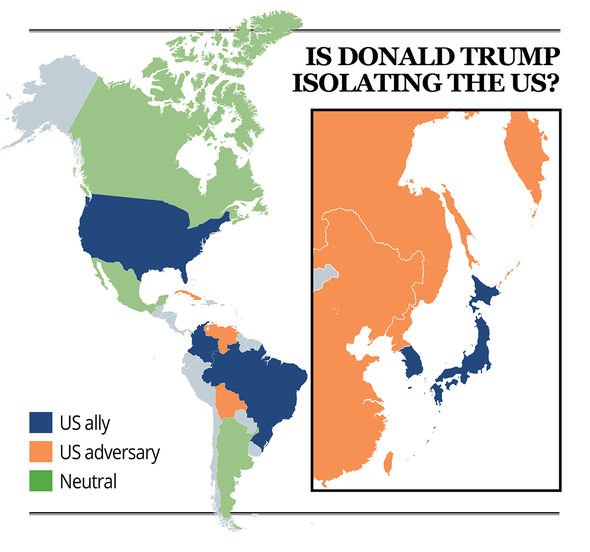 Trump suffered backlash after he posted a picture of the shores of Greenland to his Twitter, with a photoshopped Trump Tower disturbing the peaceful scenery.

A sarcastic caption read: “I promise not to do this to Greenland.”

Greenland Prime Minister Kim Kielsen told the Associated Press that the subject of buying the territory was “not something to joke about” following the tweet.

It has since emerged that Trump held talks with senior advisors to discuss the logistical advantages Greenland could provide the US with. 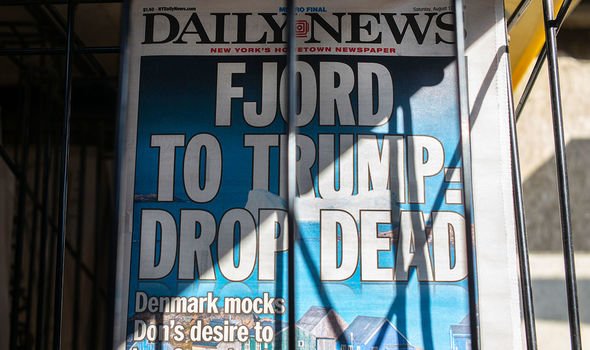 He told reporters: “The concept came up and… strategically it’s interesting. (Although) it is not number one on the burner – I can tell you that.”

Greenland has a population of just 56,000, and is nearly three times the size of Texas, and larger still than the largest US state of Alaska.

Though it is still technically a part of Denmark, Greenland has positioned itself further away from Copenhagen in recent years, which led the nation’s politicians feeling somewhat under an existential threat.

Trump isn’t the only US President to try to buy Greenland, with President Harry Truman going one step further by offering $100million in gold for the island in 1946.