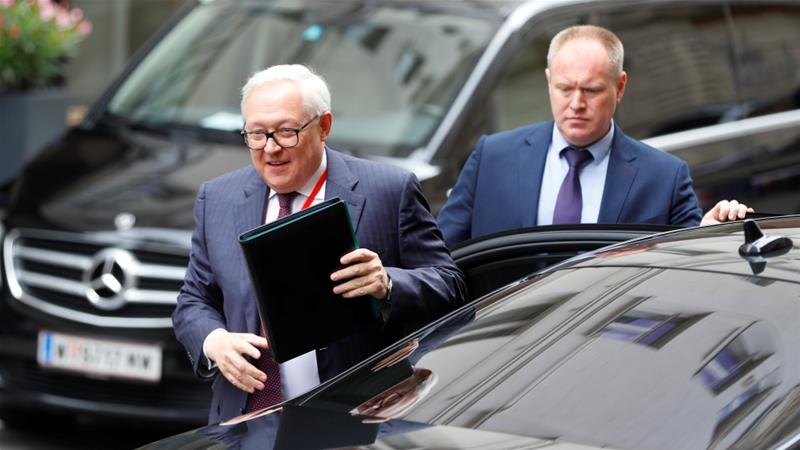 The United States and Russia have kicked off two-day arms control talks, eight months before a key nuclear weapons pact is to expire.

The New START agreement, in force for a decade but due to end in February, is the last remaining nuclear arms control deal between Washington and Moscow.

The two countries are estimated to have about 90 percent of the world’s nuclear weapons. New START’s looming expiration has evoked concerns about a renewed arms race.

The US has said its bilateral arms control agreements with Russia are outdated and that it wants China to be included in any future agreements on nuclear weapons, even as Beijing has repeatedly said it is not interested in joining.

Billingslea said that China was a “no-show” at the two-day Vienna talks on Monday, posting a photo on Twitter of Chinese flags at empty chairs at the negotiating table.

“Beijing still hiding behind ‘Great Wall of Secrecy’ on its crash nuclear build-up, and so many other things. We will proceed with Russia, notwithstanding,” Billingslea said in a statement.

A Russian security expert, Dmitry Suslov, told state media before Monday’s meeting that the US appears unlikely to prolong the New START agreement without bringing China to the table.

New START limits the number of nuclear missile launchers to 800 and operational nuclear warheads to 1,550.

“Russia’s strategic arms are far fewer than the treaty’s ceiling,” Luzin said, adding that Soviet-era nuclear weapons are being dismantled faster than Russia’s defence industry could produce new ones.

“Moscow is not able to play in a real strategic arms race with the United States,” he said.