RUSSIA has warned of a new Cuban missile crisis unless demands over Ukraine were met “here and now” as troops stage fresh war games.

It comes as a new round of major military exercises by Vladimir Putin’s troops is staged amid a standoff between Russia and Western powers over Ukraine. 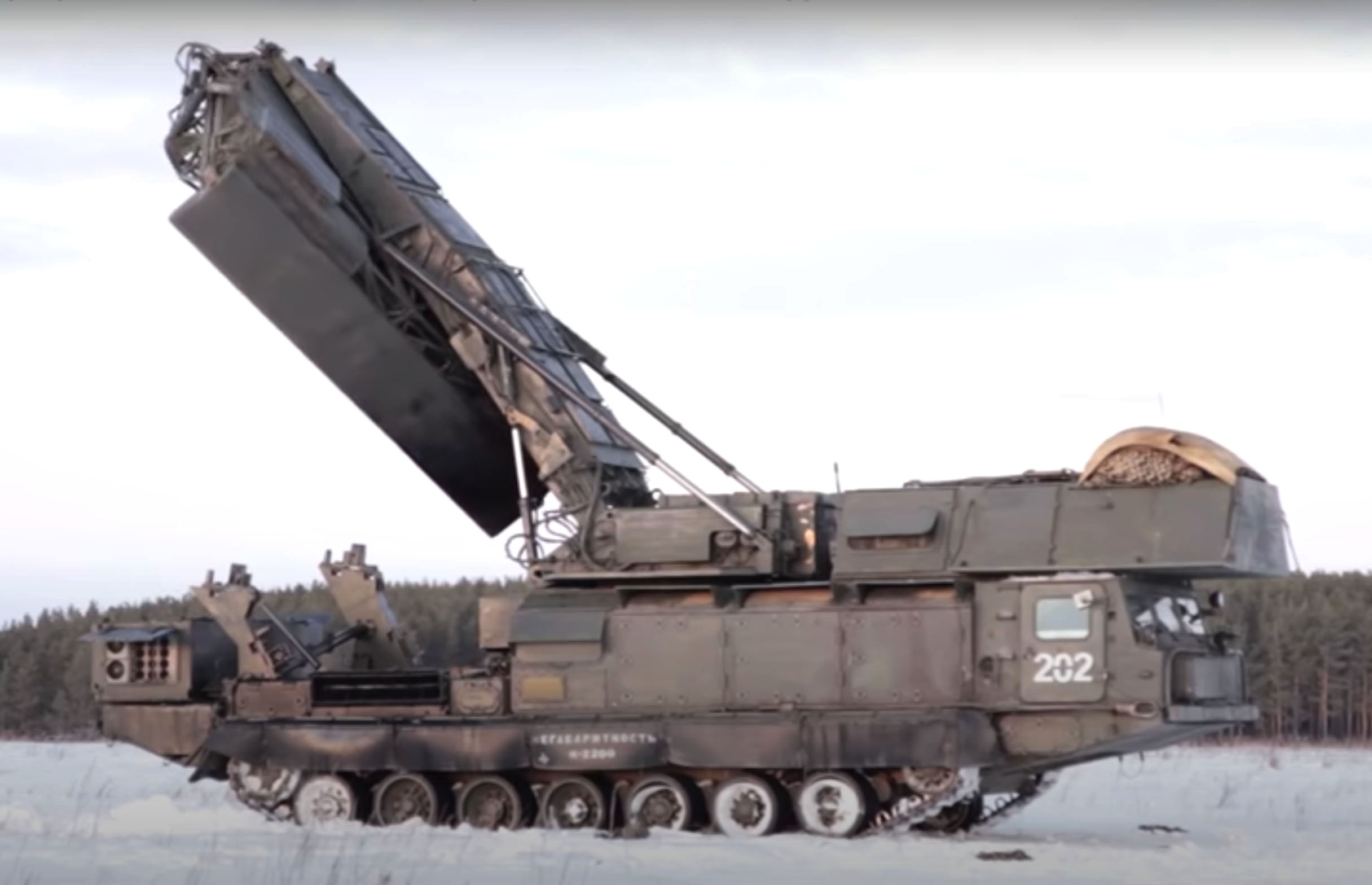 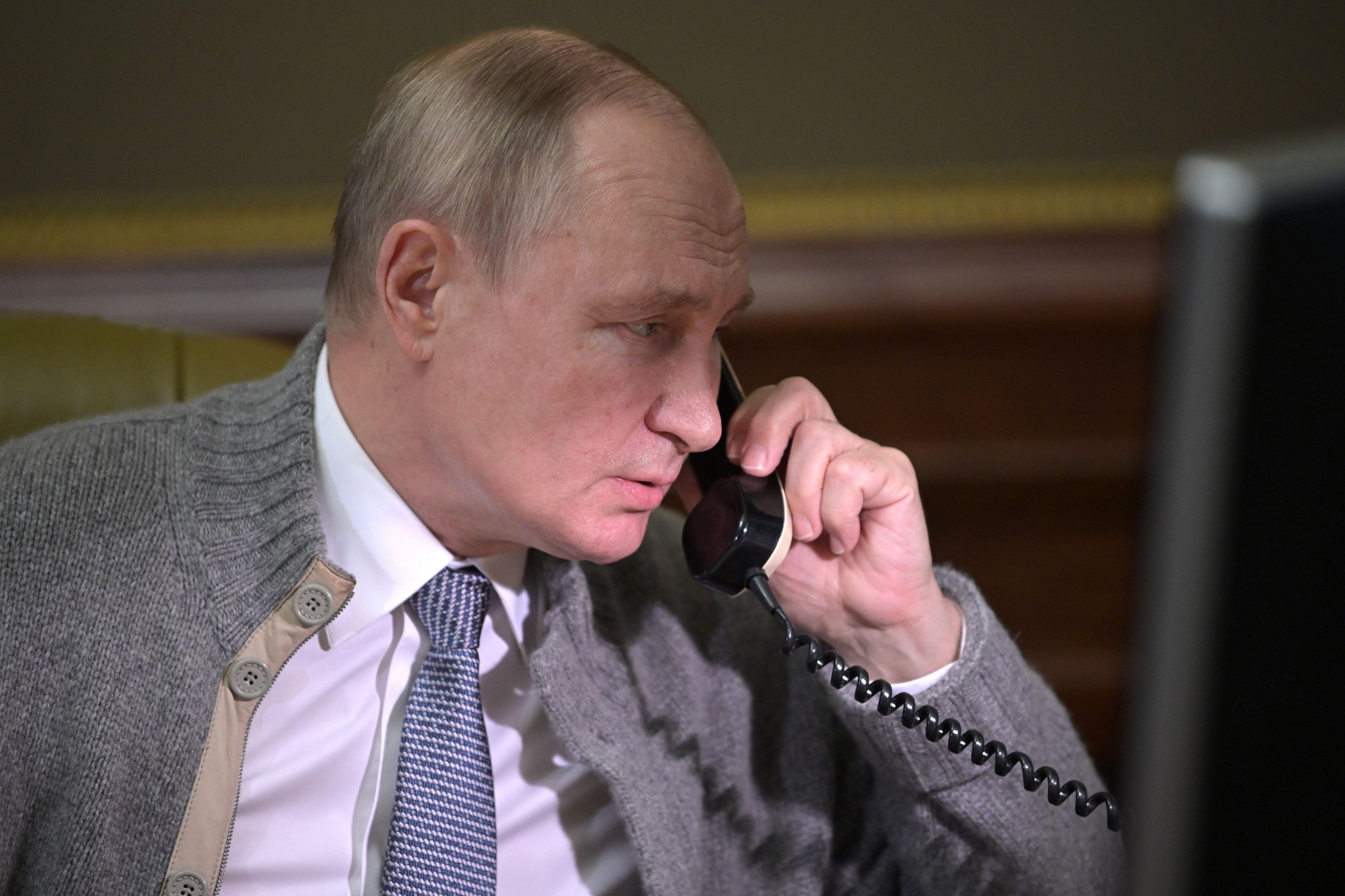 Videos showed the latest Russian drills — some close to neighbouring Ukraine — as fears grow that Putin will invade if the West fails to meet his demands.

Hawkish deputy foreign minister Sergei Ryabkov denied he was exaggerating in comparing the current crisis to the Cuban Missile Crisis.

The 196 crisis saw is the closest the world has come to nuclear war.

“No, not too much," he said in an interview with Mezhdunarodnaya Zhizn magazine when asked if his comparison was "too much.”

Moscow has constantly blamed the West for the tensions and has stationed tens of thousands of troops within reach of the Russian-Ukrainian border.

And today Mr Ryabkov appeared to rule out a Russian compromise.

Moscow is seeking cast-iron guarantees that Ukraine would not join NATO.

It is also demanding the alliance not to deploy strike weapons in eastern European countries which are members of the western alliance.

Mr Ryabkov said: “I call on everyone considering this topic publicly to think whether it is shameful for Russia to meet Western ultimatum demands halfway.”

And he made clear that “if we cannot do it [through diplomacy], then open questions will emerge: what are further steps and what should we do?

He thundered: “We are against escalation, we are against conflicts, we do not draw lines in the sand, just the logic itself leads us to say that we are not ready to make peace with the current situation.”

He added: "We can no longer postpone, let's deal with this serious issue … here and now.

"We must put an end to the expansion of NATO, NATO infrastructure, NATO capabilities further east.

“We must exclude Ukraine from joining NATO."

What was the Cuban missile crisis? 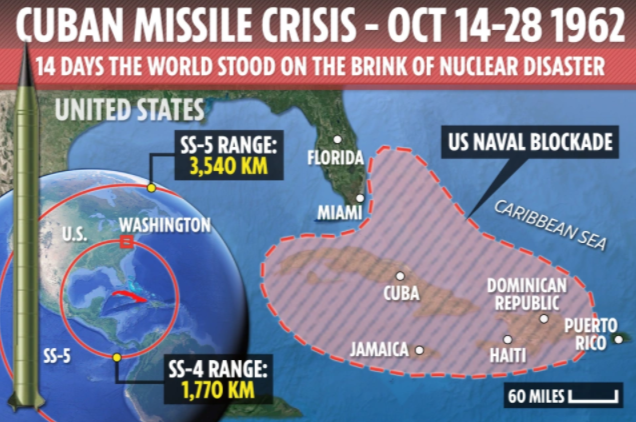 IN 1962, leaders of the US and Soviet Union engaged in a tense, 13-day political and military standoff over the installation of nuclear-armed Soviet missiles on Cuba

n a famous TV address, President John Kennedy notified Americans about the presence of the nukes and explained his decision to set up a naval blockade around the island.

He made it clear the US was ready to use force to neutralise the threat to its national security. Following the news, many feared the world was on the brink of nuclear armageddon.

However, disaster was avoided when the US accepted Soviet leader Nikita Khrushchev’s offer to remove the missiles in exchange for the US promising not to invade Cuba.

Kennedy also secretly agreed to remove US missiles from Turkey.

In the marathon question and answer session, the Russian strongman leader said: “I want everyone to realise, both in our country and abroad, I want our partners to understand one thing.

“It's not that we don't want anyone to cross a certain line. It's that we have nowhere to retreat now.

“They have pressed us against such a line – we have nowhere to go.

"Like I said, they will deliver missile systems to Ukraine, four to five minutes flying time to Moscow.

“Well, where shall we move now?

"It's just that they've brought us to the state where we must tell them: 'Stop!' That's what it is’.”

Exercises in Russia’s western military district involved drills to repel a massive air strike by a simulated enemy on strategic facilities of the district, according to TV Zvezda, owned by the defence ministry.

Around 1,000 servicemen took part in the war games which included “repulsing an attack by enemy reconnaissance and sabotage groups”. 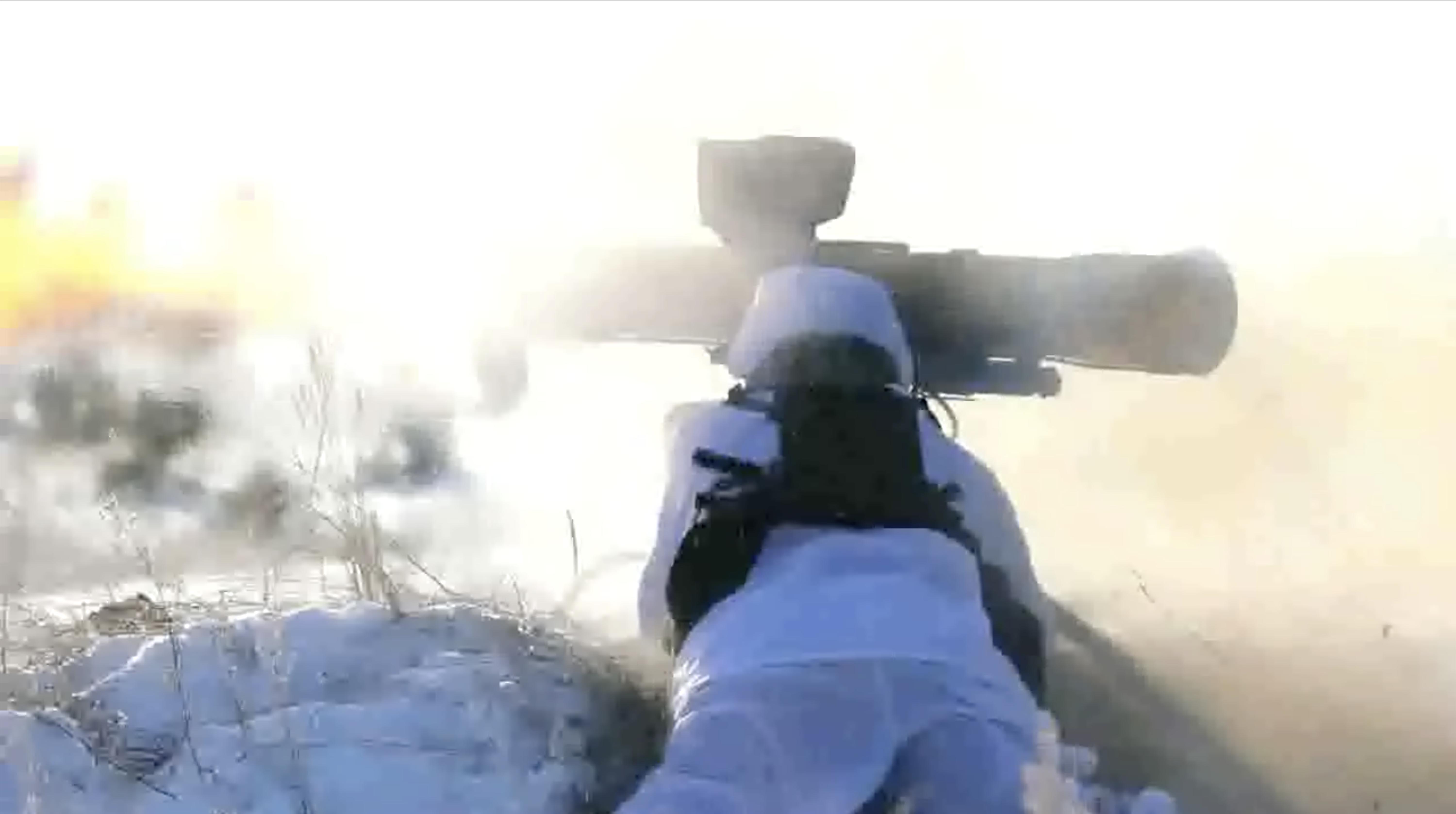 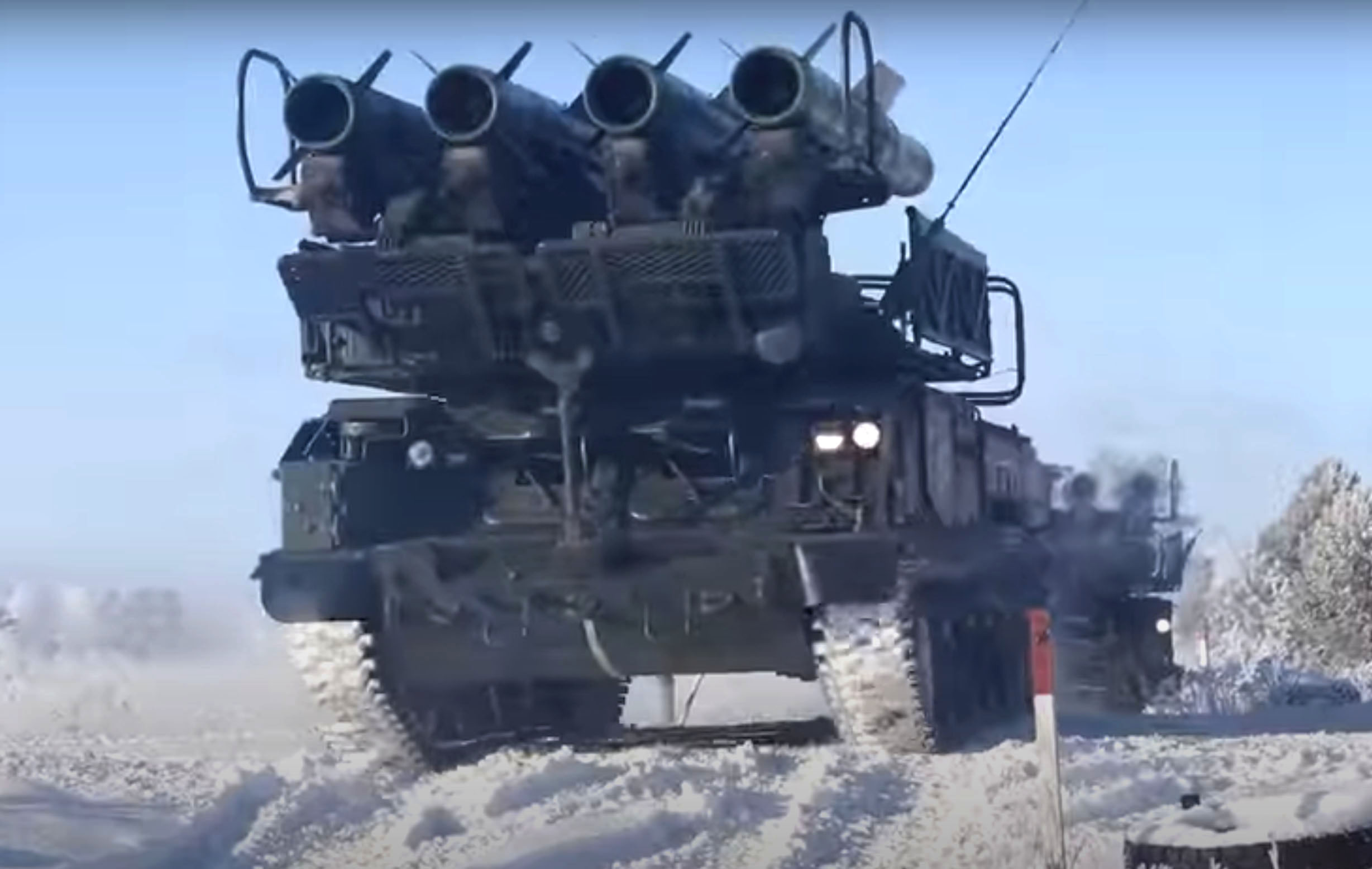 Video showed the war games, said reports, which came despite an announcement that some 10,000 troops have left the Ukrainian border area ahead of Russia’s ten-day New Year holiday.

A statement from the country’s southern military command said: "The servicemen fired standard weapons at targets simulating the enemy's military equipment and manpower.

“During the exercise, troops carried out live fire training with all types of standard small arms, and rehearsed army tactical shooting skills. 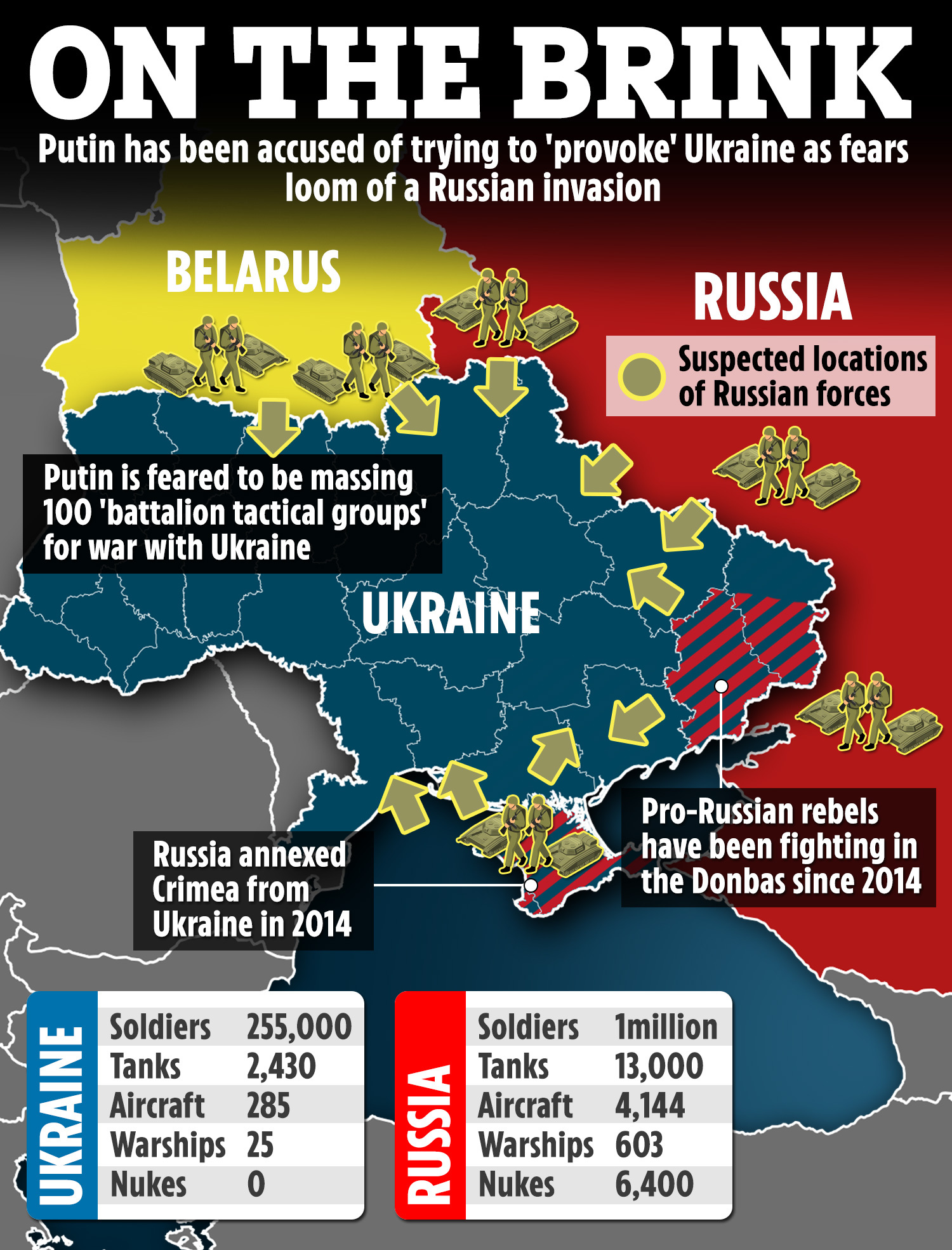 “Severe weather conditions did not affect the training process.”

Isabel Sawkins, a research fellow at the Henry Jackson Society, told The Sun that it’s possible Putin may intensify the wargames and rhetoric while the West is “distracted” over the holidays.

She said: “Russia doesn’t celebrate Christmas at the same time as the West does because they operate on a slightly different calendar.

“So for the next few weeks, Moscow will go about its business as normal.

“All we can do is hope that Putin doesn’t sneak in and do any further damage at a time when people in the West are celebrating Christmas with their families and loved ones.”

Ms Sawkins added that the current political climate in Europe created an “opportune” moment for Putin to escalate the rhetoric.