A Russian billionaire has accused British custom officials of losing and damaging several rare treasures from a £600,000 collection of antiques.

Alexander Ivanov, who is best known for owning the world’s most expensive Faberge egg, made the claim after his items were seized on their way to Germany.

The art collector has now threatened to sue over the ‘outrageous vandalism’, and even claims that two of the items were sold at auction by HM Revenue and Customs.

His prized possessions were seized as they were transported to Mr Ivanov’s Faberge museum in Baden-Baden, Germany. 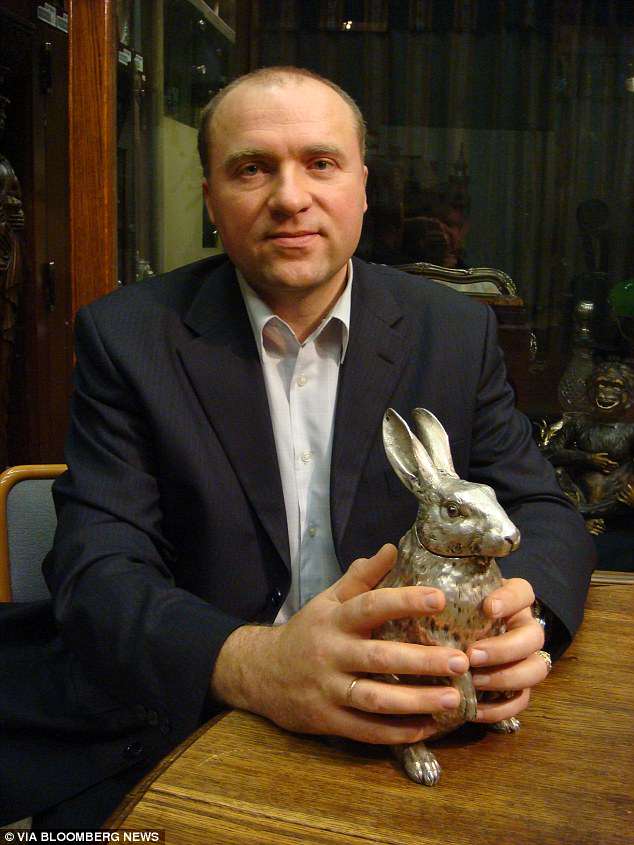 Alexander Ivanov (pictured), who is best known for owning the world’s most expensive Faberge egg, made the claim after his items were seized on their way to Germany

Custom officials were said to be investigating whether or not the correct VAT had been paid for each item.

Mr Ivanov told The Times: ‘I am now discussing with my lawyers the possibility of suing British customs.

‘Some people have tried to discourage me, saying that it’s nearly impossible to win.

‘But we need to try, because now I see that any person can easily be unfairly victimised by the government.’

Mr Ivanov is among the world’s richest art collectors, amassing the world’s largest Faberge collection which is valued at more than £2billion.

The Russian was among the country’s first entrepreneurs to trade in computers in the late 1980s, quickly establishing a successful venture.

He soon began collecting artworks with his vast wealth, taking a particular interest in Faberge eggs.

Mr Ivanov soon gave up on his business ventures and went into art dealing full time, with his personal wealth valued in the billions due to his collections of antiques.

As well as Faberge items, he has also built up a portfolio including dinosaur fossils, per-Colombian gold and vintage cars. 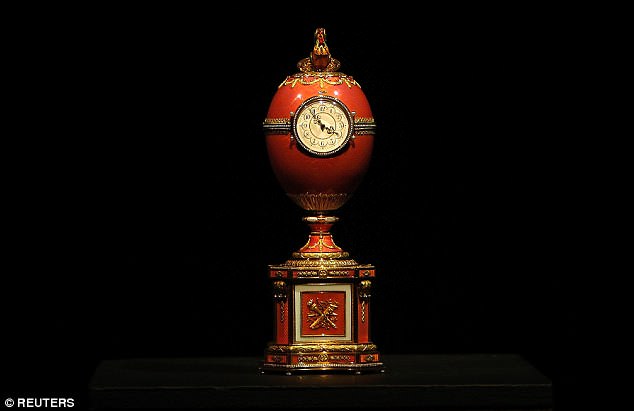 The Rothschild Faberge egg is displayed at Christie’s auction house. It became the most expensive Farberge egg of all time when it was bought by Mr Ivanov for £8.9million