A brave 18-year-old fashion influencer in Russia is facing six years in jail after her Instagram account was branded as ‘extremist activity’.

Veronika Loginova has 556,000 followers on the social media platform and is risking the jail sentence despite posting no political content.

She was accused by the Kuntsevskaya Interdistrict Prosecutor’s Office of ‘extremism’ by ‘performing actions to attract users to social networks Facebook and Instagram’.

In March a court in Russia banned Facebook and Instagram, claiming they were ‘carrying out extremist activities’.

The country also cracked down on protesters and news outlets following its invasion of Ukraine at the end of February. 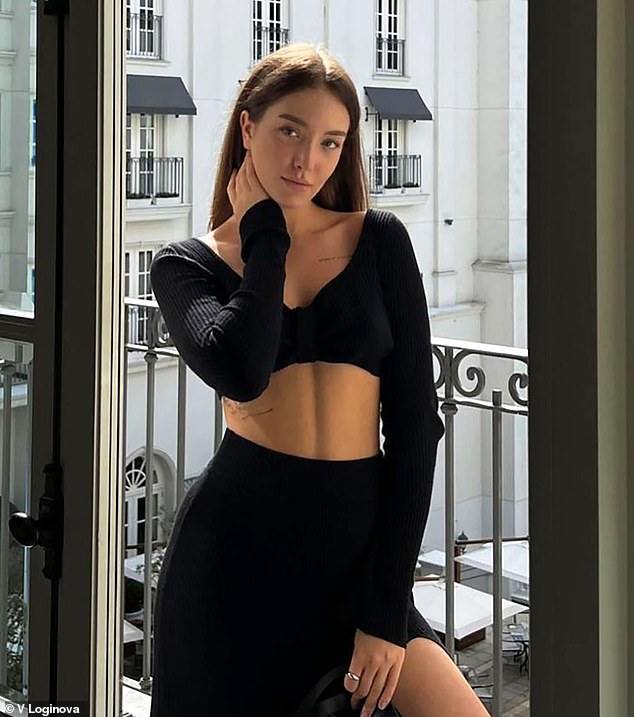 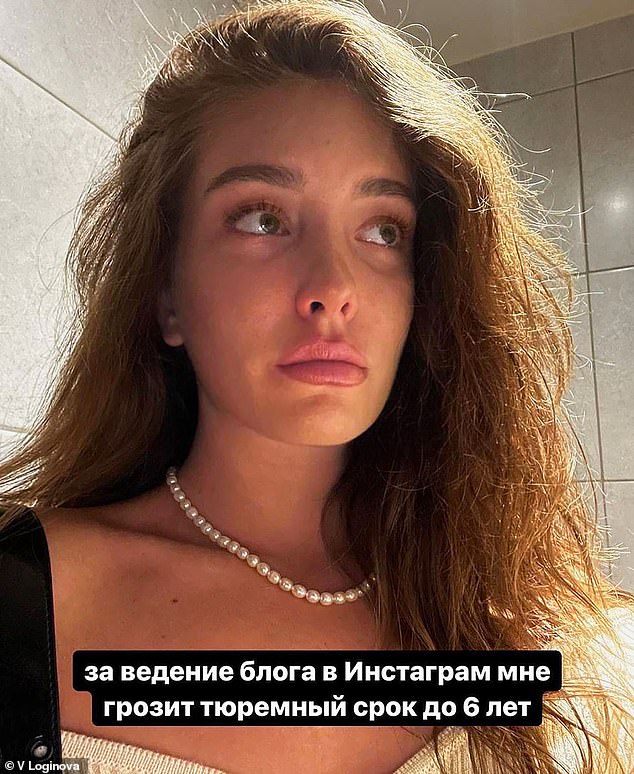 Loginova posted on Instagram in tears, saying: ‘Any day prosecutors can come to your house.

‘Good morning, you woke up in Russia. And while we don’t speak about such things, I will still speak.’

Two state prosecutors called at Loginova’s home, claiming that her audience of over 1.1 million on Instagram and YouTube means she ‘stands out too much’. 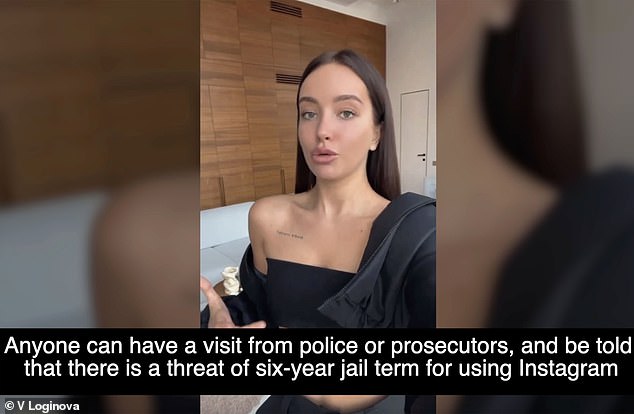 The fashion influencer spoke about the realities of living in Russia – saying: ‘Anyone can have a visit from police or prosecutors and be told that there is a threat of a six-year jail term for using Instagram’ 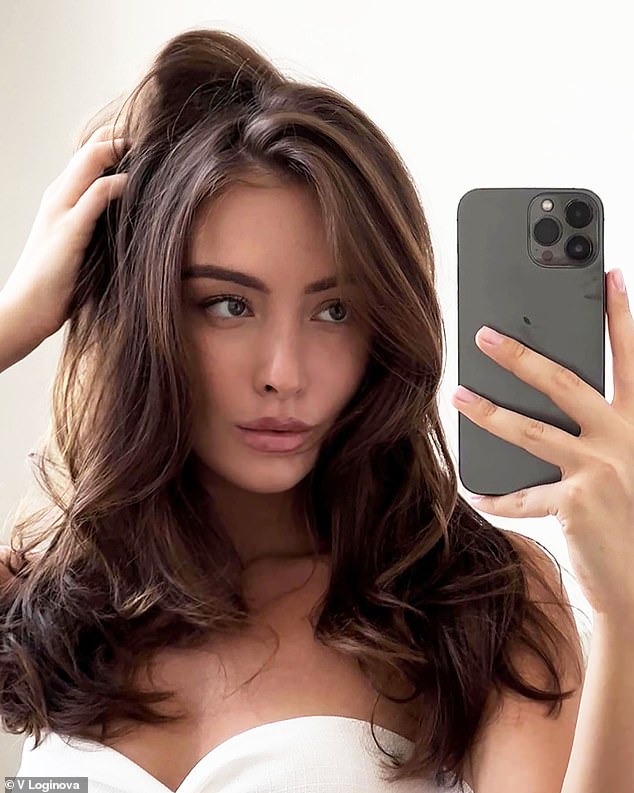 ‘An entrepreneur, creator of my own clothing brand that pays taxes to her own country?

‘A person who writes posts about mental health support, and has never once touched on a political agenda on her blog?

‘Yeah. There you go. You live, you make pretty pictures, you build a business, you help people, you don’t touch anyone. 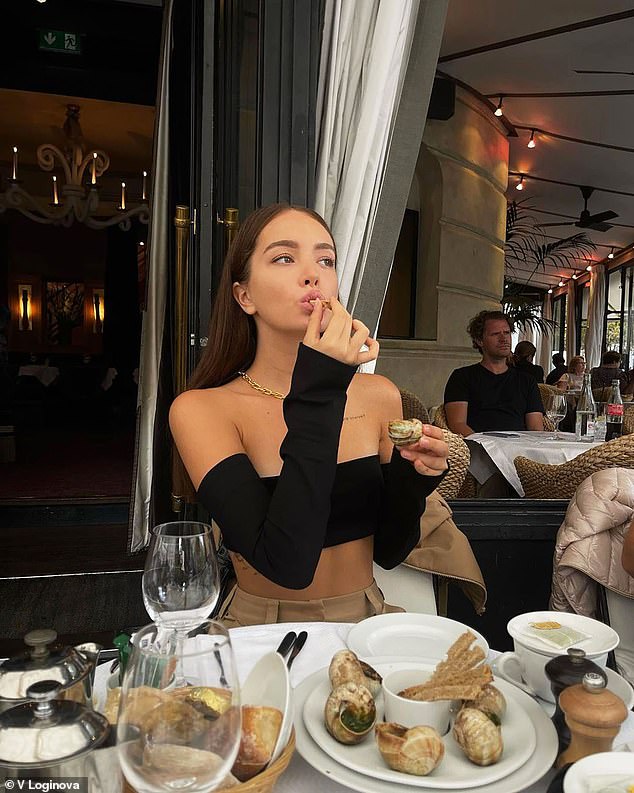 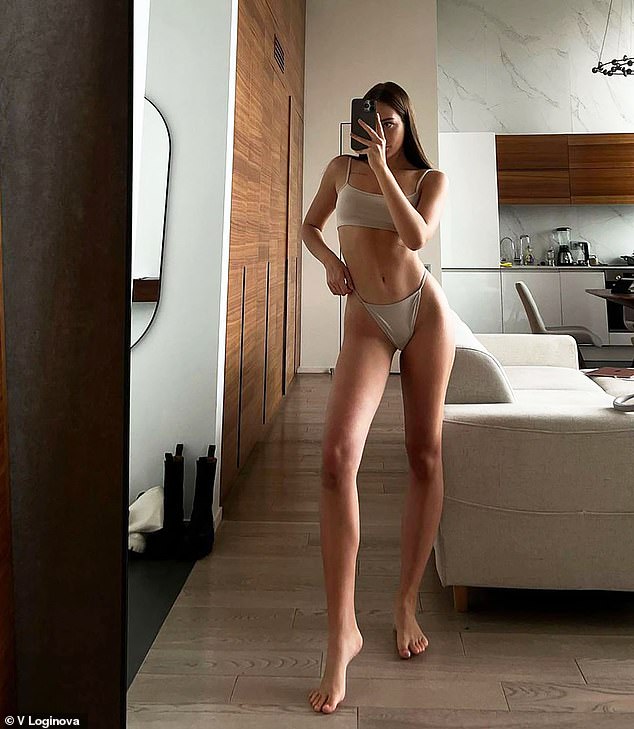 ‘I am going to get to the bottom of it, and to cover it here,’ Loginova posted on Instagram

‘But you live in Russia, and among a million bloggers, they come to you. What do I do now? Quit Instagram? Flee Russia? Sue?

The successful beauty and fashion influencer began her accounts when she was just 15 and has built her following since.

She vowed that she wouldn’t be fazed by the threat.

‘I am going to get to the bottom of it, and to cover it here,’ she posted on Instagram.

‘Thankfully, I have support in the form of people who understand that this is not normal. This is totally f****d up and I want as many people as possible to know about this story. 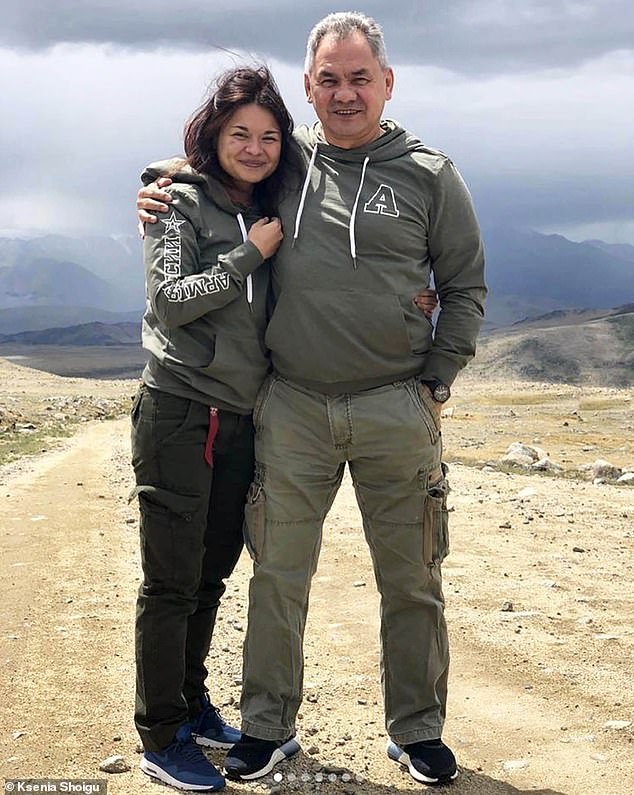 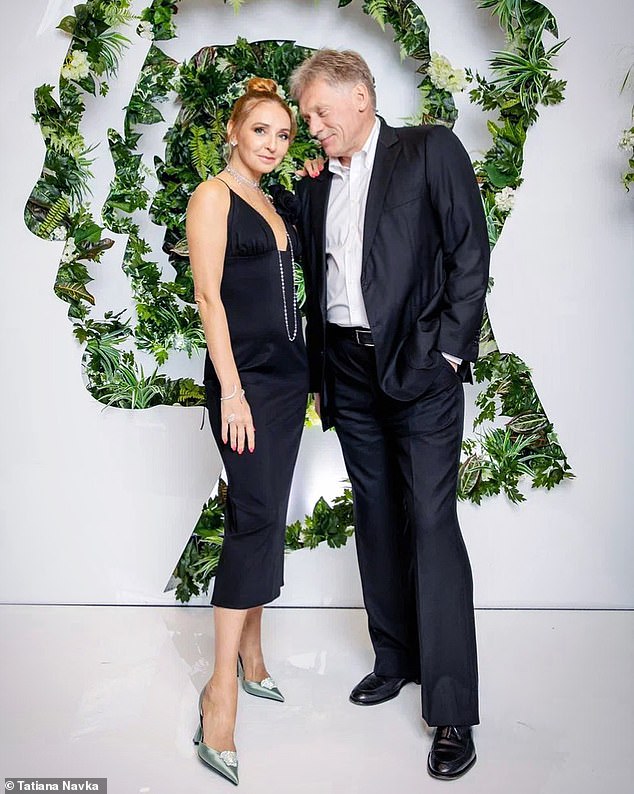 Olympic skater Tatiana Navka, 47, wife of Putin’s high-profile spokesman Dmitry Peskov (pictured together), is also an enthusiastic user of Instagram and has faced no threat of jail

Russia has now created its own equivalent of the social media app – called ‘Rossgram’ – but Instagram is still popular among elites and can be accessed via a VPN.

There is no record of the Kremlin Instagramers facing prosecution under Putin’s draconian laws.

Olympic skater Tatiana Navka, 47, wife of Putin’s high-profile spokesman Dmitry Peskov, is also an enthusiastic user of Instagram and has faced no threat of jail.