This is the moment a young Russian journalist collapses live on TV while interviewing a Kremlin government minister.

The TV camera footage shows Daria Kozlova unsteady on her feet while asking the Minister of Industry and Trade Denis Manturov a question about whether the United Aircraft Corporation will be included in the state-owned Rostec, a state-owned technology firm.

She stumbles slightly before Manturov puts his arms around her to steady her as she slurs her words and her eyes glaze over.

She briefly regains her composure before her eyes roll then collapses backwards as the minister rushes to grab her and spectators dash forward.

The camera then cuts back to the studio and the presenter of the ‘Russia 24’ news channel. 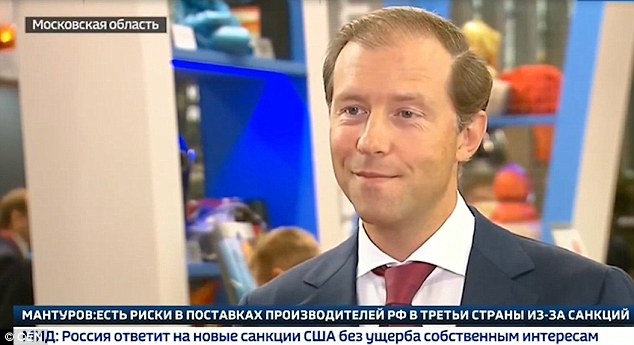 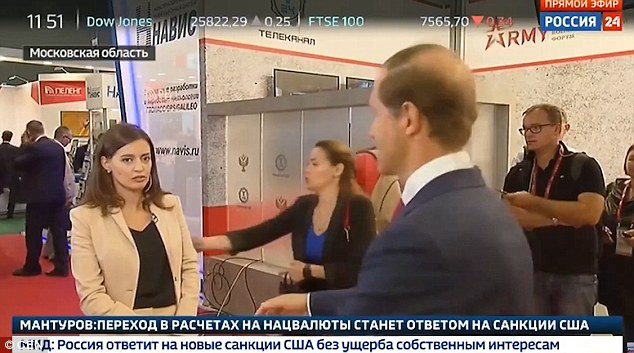 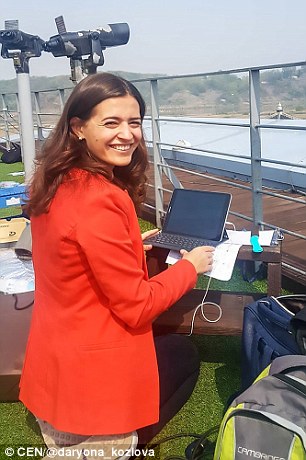 Manturov answered the question that the United Aircraft Corporation will be included in the state corporation Rostec, after which Kozlova had problems with coordination

The moment of the collapse later edited out of the full interview with the Minister by staff of the ‘Russia 24’ news channel.

The interview was taking place at the ‘Army-2018’ exhibition organised by the Russian Ministry of Defence at the Patriot exhibition hall in the capital Moscow.

The journalist was caught before she fell on the ground and was given water when she came to, reports say she is doing well. 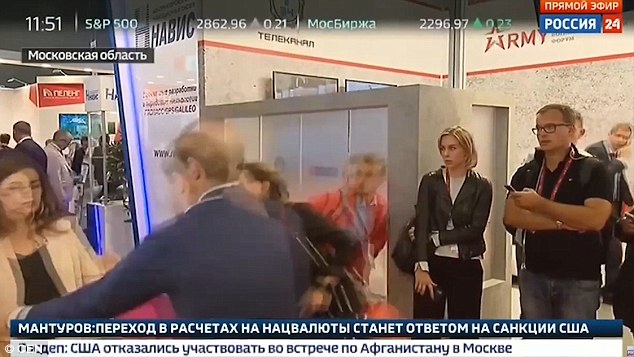 The dramatic moment was watched by millions of viewers, some of whom made bizarre claims that the minister, who was appointed by Vladimir Putin in 2012 had ‘hypnotised the journalist’.

‘Stadeikina’, said: ‘Looks like he hypnotised her. No but for real, she got dizzy, then fainted. This happens. Good thing is that they managed to grab her.’

‘Alice’ commented: ‘Maybe it was hot in there and she just could not cope with it.’