Russian broadcasters have been accused of Photoshopping a smile onto Kim Jong-un in a recent broadcast of his meeting with Sergei Lavrov.

In a clip, shown on Russian state TV, the tyrant can be seen beaming with a wide grin.

But pictures from the same event show him stone-faced throughout while shaking the Russian Foreign Minister’s hand.

The dictator met with Mr Lavrov in Pyongyang on Thursday, just weeks before a planned meeting between the US and the North Korean regime. 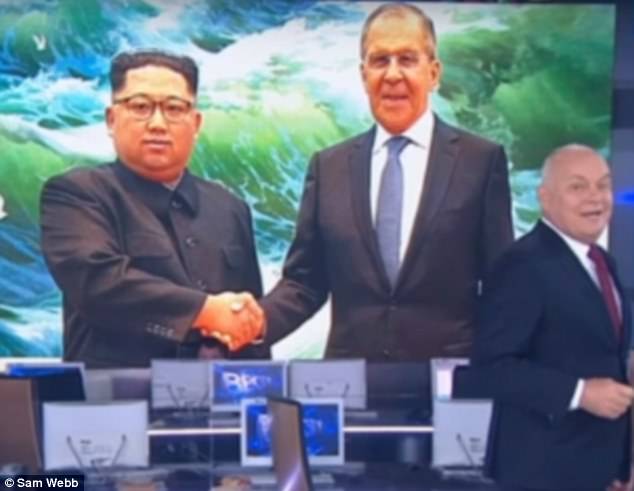 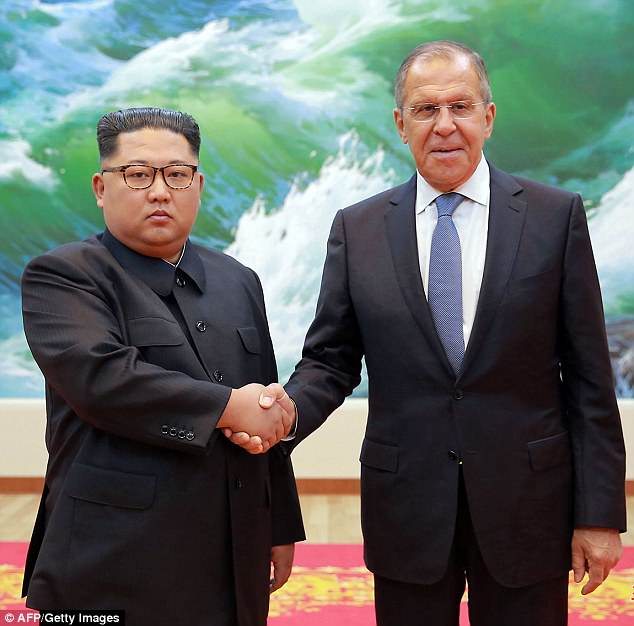 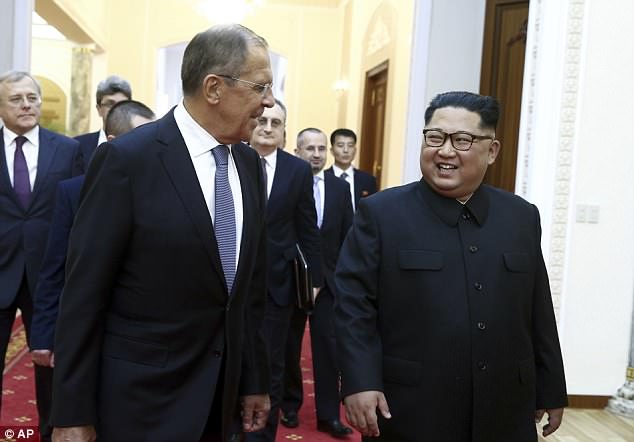 Although Kim did crack a smile during other parts of the meeting, the photos and footage of the moment he posed for the cameras during a handshake with Lavrov show him looking stern.

But a segment about the meeting during the programme ‘News of the Week’ on pro-Putin TV station Russia 1 featured a still of Kim smiling alongside Lavrov.

A photo of the same moment published on the official Twitter of the Russian Foreign Ministry also shows Kim being grim.

The host of the show is Dmitry Kiselyov, who has been called a Putin propagandist and claims the US is in league with terror group ISIS.

Lavrov became the first top-ranking Russian to meet with the current head of North Korea.

Lavrov reportedly invited Kim Jong-un to Russia. In return Kim thanked him for the invitation and asked him to convey his greetings to Vladimir Putin and the Russian people. 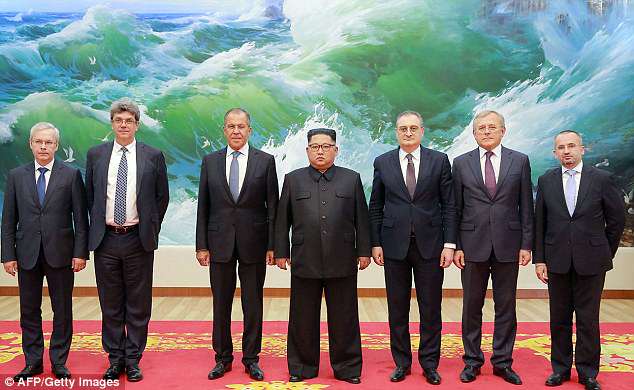