Moscow is slowly reducing its gas output to Europe in retaliation against the West’s severe sanctions against the country. Vladimir Putin’s decision to invade Ukraine is continuing to have ramifications around the world, but his plan to try and cause a gas shortage in Europe will not work according to experts from Yale University. In a study, experts highlighted that “the importance of commodity exports to Russia far exceeds the importance of Russian commodity exports to the rest of the world”.

They pointed to statistics which showed Europe buys 40 percent of its gas from Russia, but the Kremlin sells a higher percentage of its gas to Europe.

The authors argued Moscow will be “hurt the most” by any breakdown in business between Russia and Europe.

Express.co.uk spoke to three of the experts who authored the study – Jeffrey Sonnenfeld, Steven Tian and Michal Wyrebkowski.

They explained why Putin’s gas ‘blackmail’ will backfire.

Mr Tian said: “I would put this in context. In the short term, you can’t replace 40 percent of gas overnight – how much of its gas Europe bought from Russia. 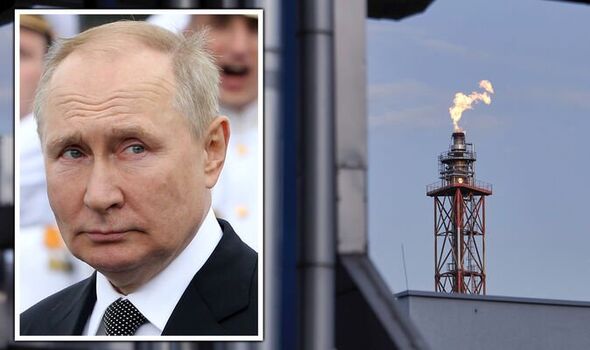 “At the end of the day, though, it is always easier to replace supply if you are a consumer than it is for a producer to find new buyers.”

Mr Wyrebkowski added: “The prospects for Europe do not look that bleak as seen in the Kremlin’s propaganda.

“It’s important to underline here that it is the Kremlin that is spreading the message of mass blackouts (in Europe). There are plans laid out by the International Energy Agency, by the EU, by the UK to cope with supplementing gas from Russia.

“It is still possible for the EU to survive that long-term pain.”

Jeffrey Sonnenfeld, who led the study, claimed that Russia cutting Europe off from its gas supply will actually cause a lot more damage to Moscow. 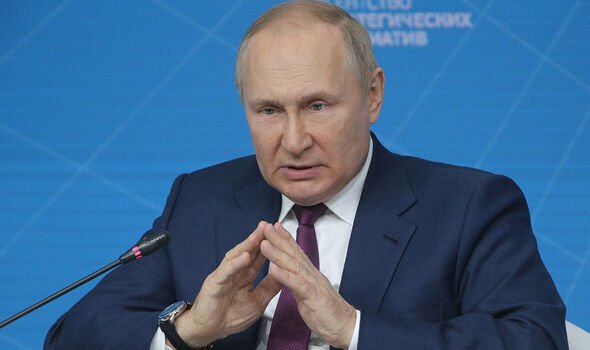 He continued: “This will cause terrible long-term damage to Russia as throughout the EU they wean off the dependence for Russian energy sources.

“It’s not going to be clear what Russia will then bring to the world market other than grain and cyberattacks.”

It appears that other experts agree.

Ian Bremmer, president of Eurasia Group, told CNBC this week that it will be the long-term effects which indicate just how much pain the Russian economy is in.

He said: “Anecdotal evidence suggests the manufacturing dislocations are rising as inventories are depleted and scarcity of foreign parts becomes binding. Chips and transport are among the sectors cited, in some cases reflecting dual-use military demand. 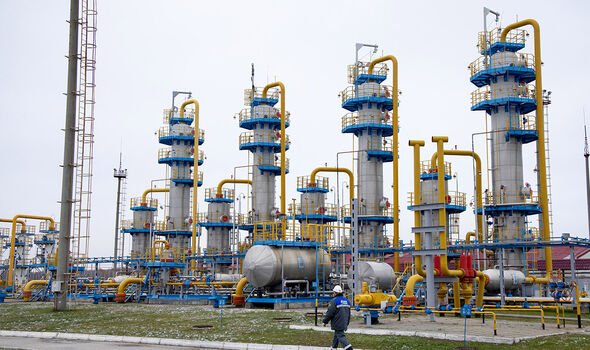 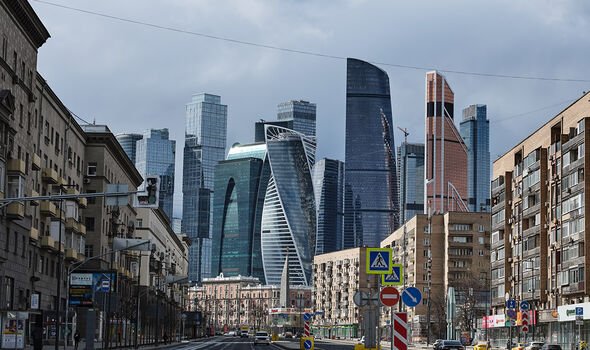 “Governmental arrears may be contributing to broader shortages. Imports of consumer goods are increasing, but less so intermediate/investment goods.”

Eurasia Group has also predicted that the Russian economy will eventually contract by anywhere between 30 percent – 50 percent when compared to its pre-invasion performance.

Ukraine is suffering an even worse economic crisis, as is to be expected after five months of war.

President Volodymyr Zelensky also warned the task will be “colossal”.

He added: “This is Russia’s attack on everything that is of value to you and me.

“Therefore, the reconstruction of Ukraine is not a local project, not a project of one nation, but a joint task of the entire democratic world.”