Russia’s only aircraft carrier was damaged last night when a floating dock holding it suddenly sank.

The Admiral Kuznetsov, which has been used to support Assad in Syria, was being repaired in the icy waters of the Kola Bay in the country’s north when the dock began to sink and a crane crashed onto its deck.

The ship was saved but one person is missing and four others are being treated for hypothermia after being plucked out of the water in the early hours of this morning. 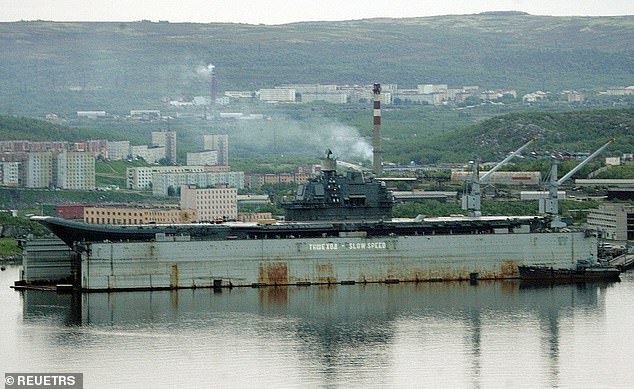 Russia’s only aircraft carrier was damaged last night when the floating dock holding it sank. Pictured: The dock in a stock image

Investigators have opened a criminal investigation into the incident to look at whether safety rules were violated.

The ship was being overhauled on one of the world’s biggest floating docks and was due to go back into service in 2021.

Maria Kovtun, Murmansk’s governor, said in a statement that a rescue operation had been launched and 71 people evacuated after the floating dock holding the ship had begun to sink.

The warship had been successfully extracted from the dock before it completely sank, she said. 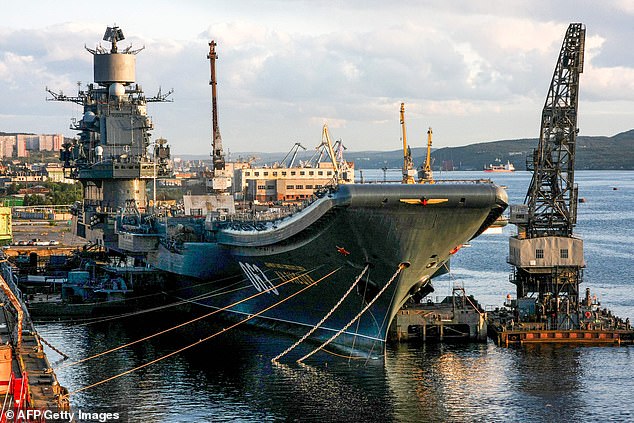 Alexei Rakhmanov, head of Russia’s United Shipbuilding Corporation, told the TASS news agency that the ship’s hull and deck had been damaged, although what he called the vessel’s vitally important parts had not been harmed.

Yevgeny Gladyshev, a spokesman for the shipbuilding factory which operated the floating dock, told the RIA news agency that unspecified equipment had been damaged but that much of the deck had been spared because it had been removed during repairs.

The floating dock had been hit by a power outage which had caused its water tanks to fill up rapidly, prompting it to sink, the factory said.

The Admiral Kuznetsov gained notoriety in Britain when then Secretary of Defence Michael Fallon dubbed it the ‘ship of shame’ in 2017 when it passed through waters close to the English coast on its way back from the Mediterranean belching black smoke. 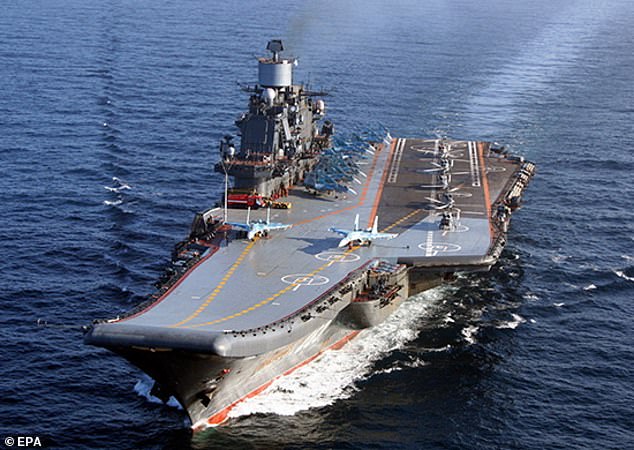