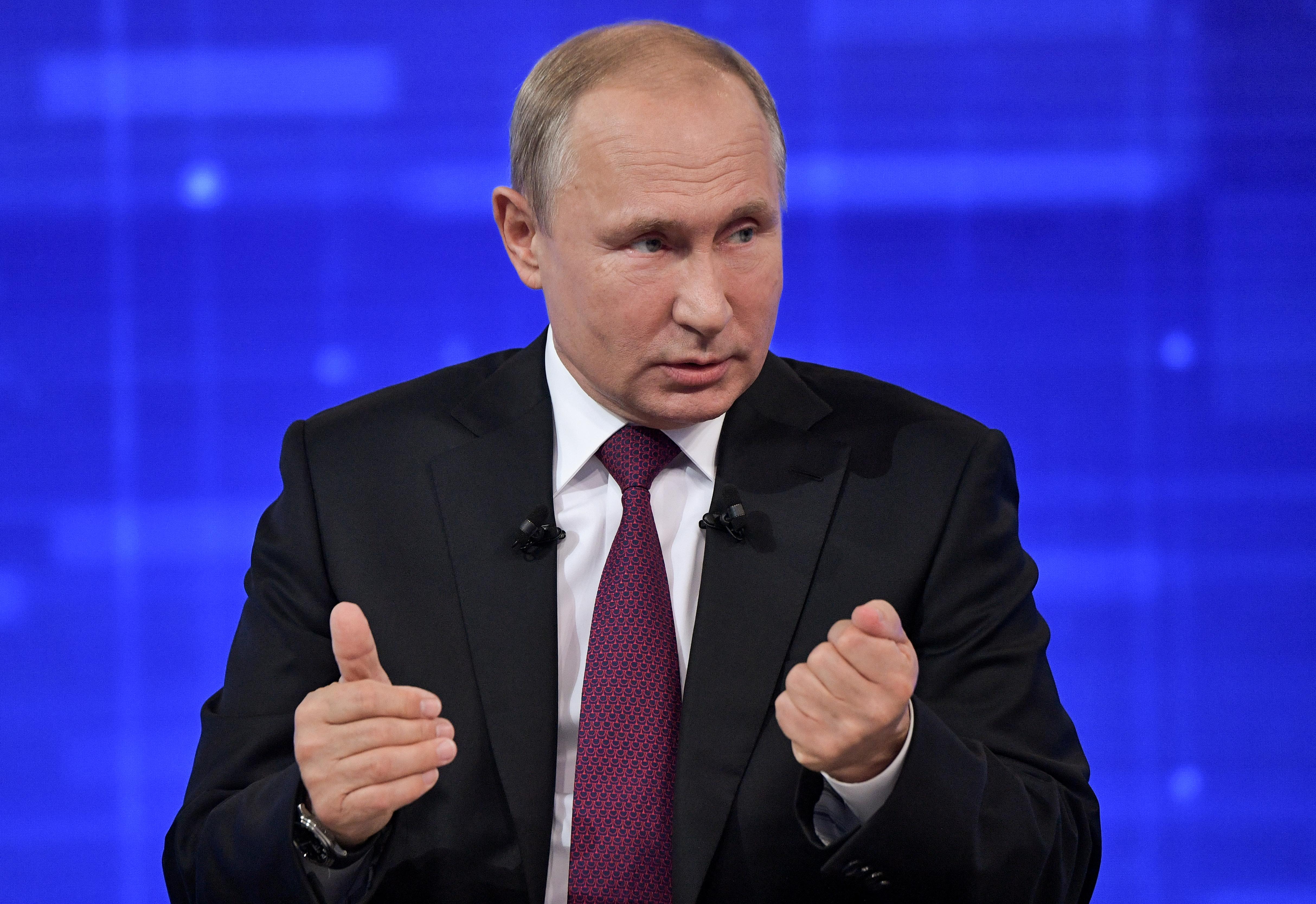 MOSCOW (Reuters) – Russian President Vladimir Putin said on Thursday that he was ready to hold talks with U.S. President Donald Trump if that was what his U.S. counterpart wanted, but thought Trump’s re-election campaign could complicate U.S.-Russia relations.

Trump has said he expects to meet Putin at a G20 summit in Japan this month, though Moscow has so far said it has yet to receive a formal invitation for such talks.

U.S.-Russia ties remain strained by everything from Syria to Ukraine as well as allegations of Russian interference in U.S. politics, which Moscow denies.

Putin earlier this month said relations between Moscow and Washington were getting worse and worse.

“Dialogue is always good, there’s always demand for it,” said Putin on Thursday when asked during his annual question and answer session whether he would be holding talks with Trump.

“Sure, if the American side shows interest toward it… we are ready for dialogue.”