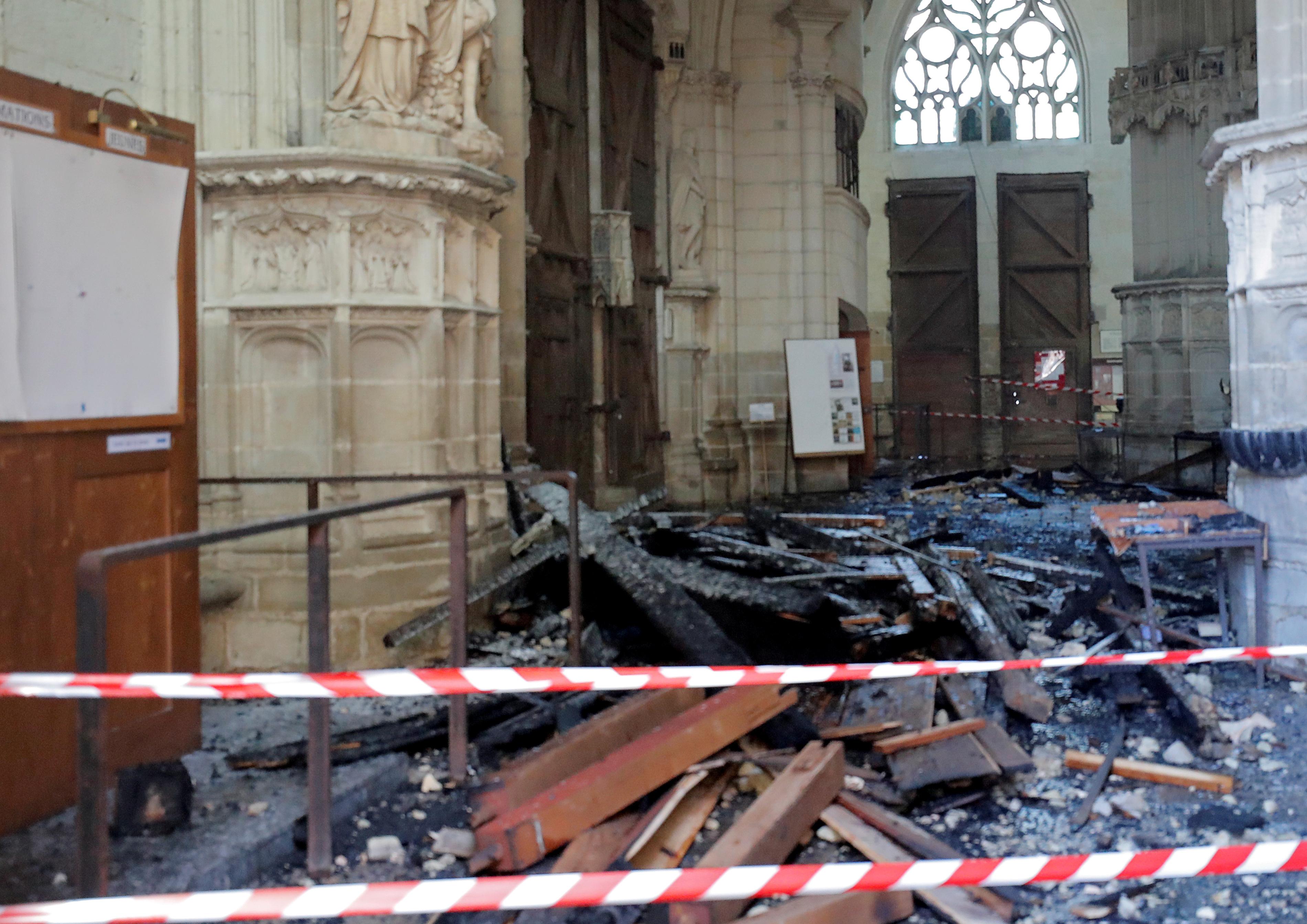 The 39-year-old man, who worked as a volunteer warden at the Cathedral of Saint Peter and Saint Paul, had been questioned again on Saturday by prosecutors who now have put him under custody, Le Monde reported.

The newspaper, citing prosecutor Pierre Sennès, said the suspect admitted being responsible for the fire that started in three different places in the building on July 18, after having first denied it.

The suspect was no identified. His lawyer, identified by Le Monde as Quentin Chabert, said his client bitterly regretted his acts.