Lauren Coupland, from Derby, posted the insult on social media after traveller David Bookbinder hit out about his wife's treatment in a local paper report. 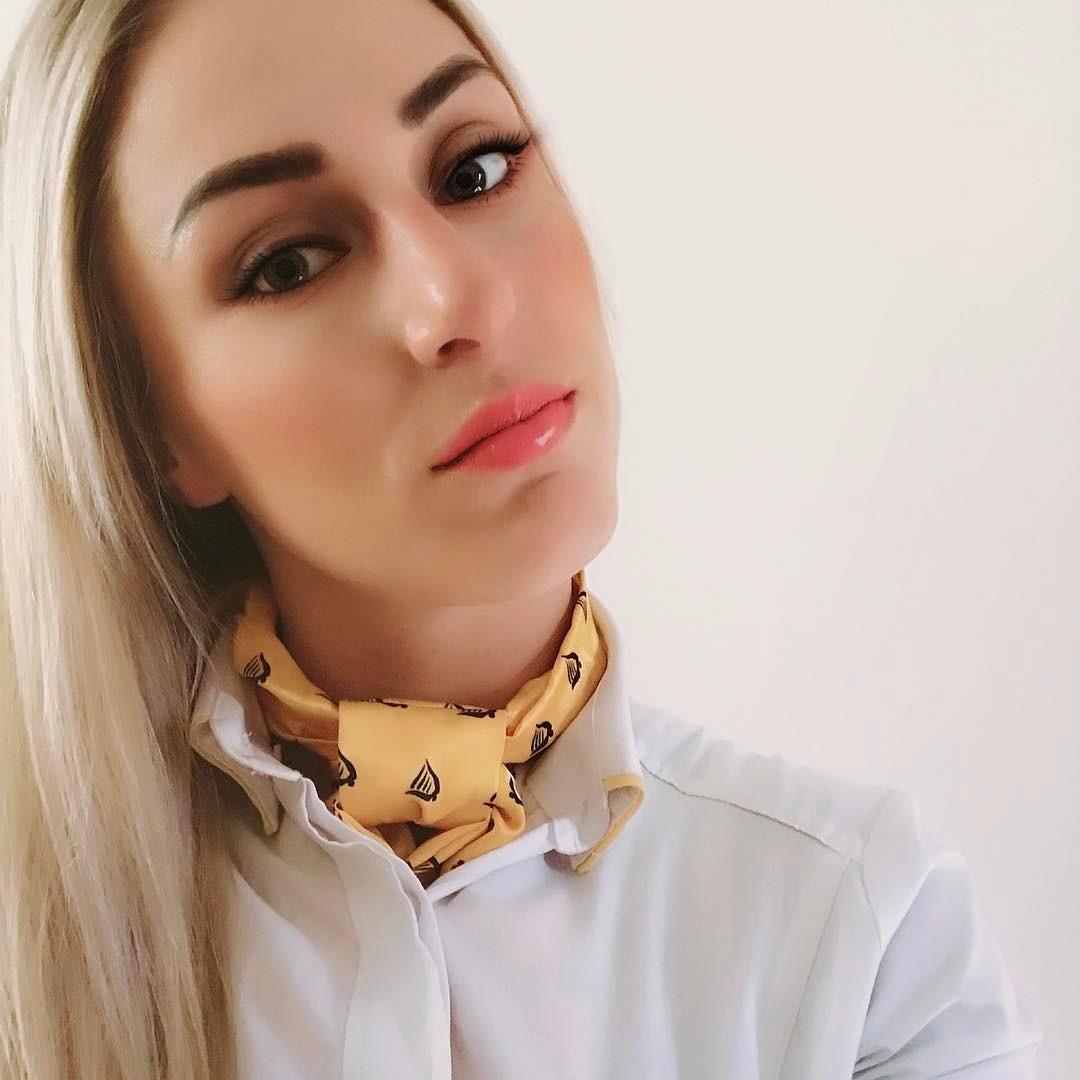 After the story appeared in her Facebook newsfeed Miss Coupland wrote in response: "I bet his wife was hoping deep down that she wouldn’t get on the flight and he would carry on his journey without her.

"I mean waking up to that fat slob every morning!"

On her Facebook page, Miss Coupland lists herself as a “customer service supervisor” for Ryanair and is also pictured in the uniform of staff including a branded scarf.

There is no suggestion Miss Coupland was involved with the couple’s case. 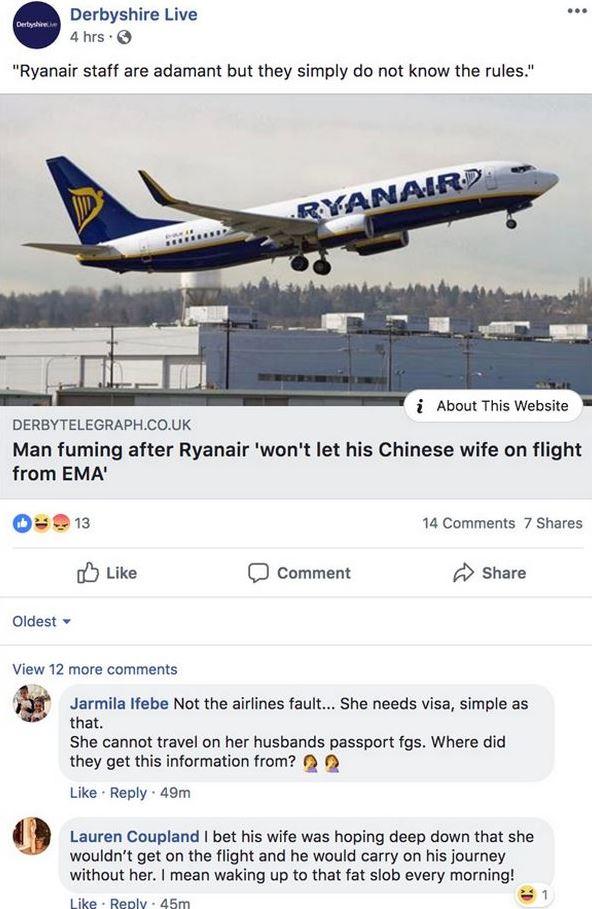 Mr Bookbinder, 78, and his wife were stuck at East Midlands Airport after he said Ryanair refused to let them on to the plane.

The couple were heading to Tenerife for a holiday but were not able to make the flight, Derbyshire Live reported.

He claims Ryanair staff refused to allow Wang Yi to fly because she does not have a visa for travel in the EU Schengen zone of countries. 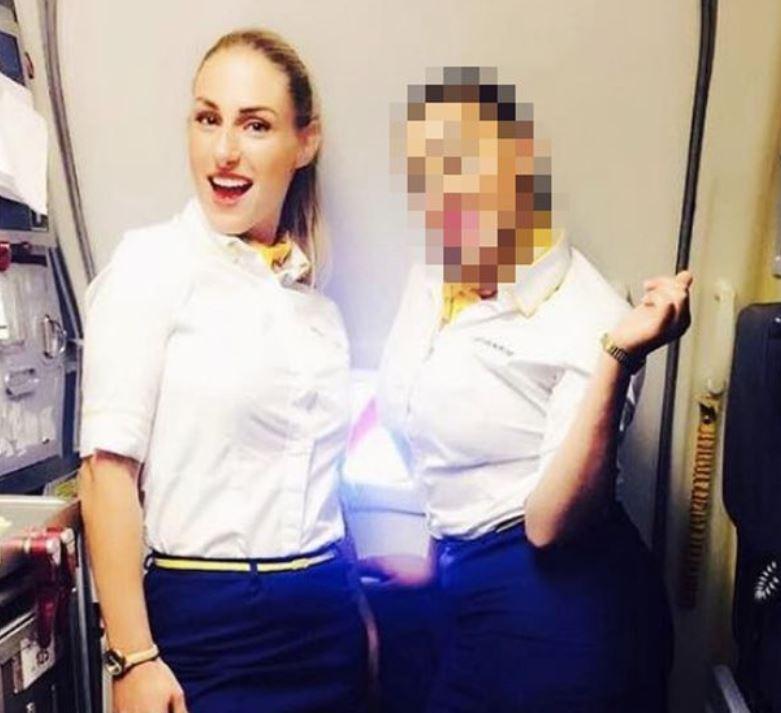 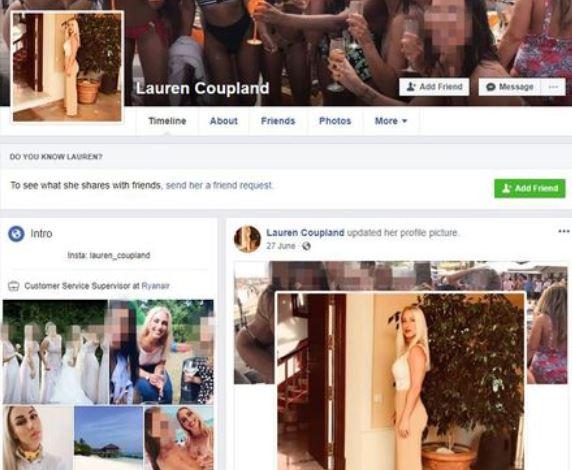 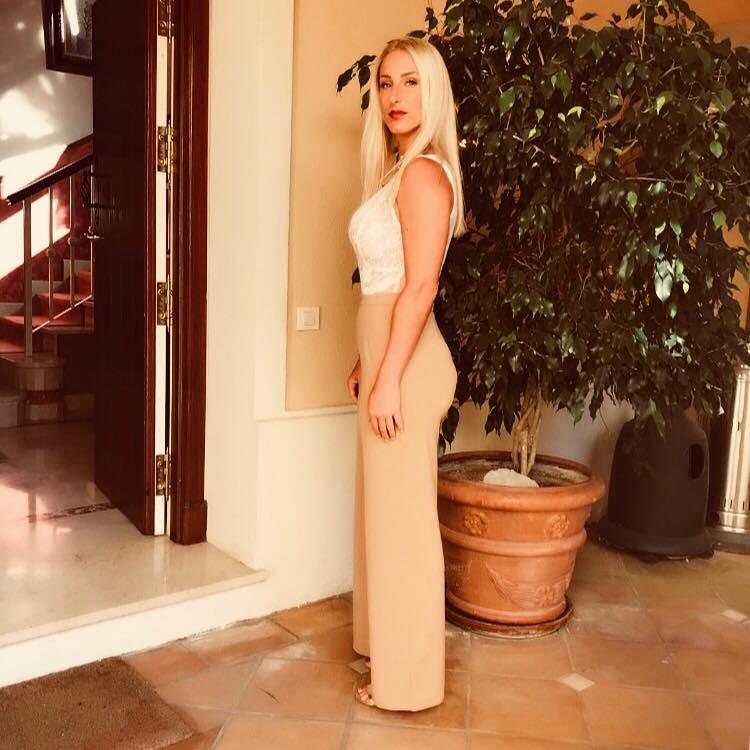 But he argued that because she is travelling with him on his British passport, she does not need a visa.

The Sun has approached both Ryanair and Miss Coupland have been for comment regarding her remark.

Her comment, as well as the reference to Ryanair on her profile, have both been deleted.

In response to the original story about Mr Bookbinder, a Ryanair spokeswoman said: "It is each customer’s own responsibility to ensure they have the correct travel documents for their journey, as stated in our terms and conditions at the time of booking.

"Our records confirm that the customer in question was not in possession of a valid travel visa and was correctly denied boarding.”