Sainsbury’s will become the first British supermarket to get rid of plastic bags for loose fruit, vegetables and pastries.

Customers wishing to buy single bakery items will instead be offered paper bags by September.

Anyone purchasing individual fruit and veg will either have to bring their own bag or buy a re-usable one made from recycled plastic. 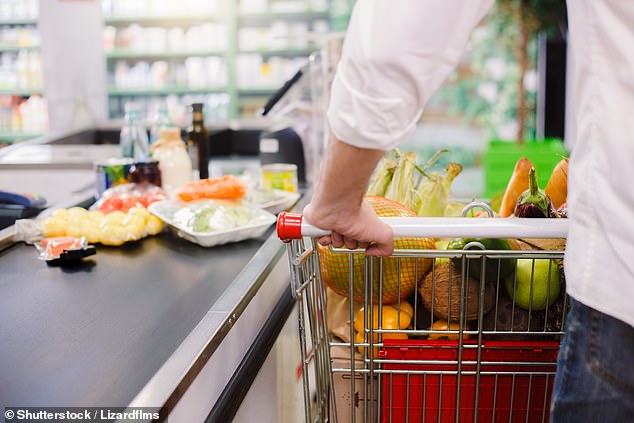 The supermarket estimates that the move will reduce their plastic output by 489 tonnes.

Each year Sainsbury’s uses around 120,000 tonnes of plastic and came bottom of Greenpeace UK’s supermarket plastics league table last year. Sainsbury’s also plans to cut the amount of the material it uses in pre-packed fruit and veg.

Plastic trays for asparagus, sweetcorn and carrots will all be removed from stores, as well as plastic lids on pots of cream.

It is one of a number of moves by the supermarket to reduce its environmental impact. 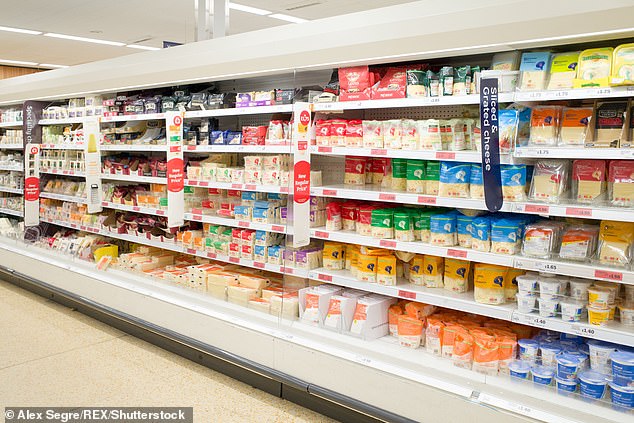 Plastic trays for asparagus, sweetcorn and carrots will all be removed from stores, as well as plastic lids on pots of cream. It is one of a number of moves by the supermarket to reduce its environmental impact [File photo]

Dark-coloured plastic trays cause particular problems as they are difficult to recycle.

The supermarket says it has made commitments that will add up to a reduction in plastic use of around 2,400 tonnes this year. Sainsbury’s boss Mike Coupe said: ‘We are absolutely committed to reducing unnecessary plastic packaging in Sainsbury’s stores.

‘Our customers expect us to be leading the way on major issues like this, so I am determined to remove and replace plastic packaging where we can and offer alternatives to plastic where packaging is still required to protect a product.’ The war against plastic has been championed by the Daily Mail for years.

This week Waitrose announced a plastic-free trial in one of its Oxford shops, with customers asked to bring in containers for items such as pasta, rice and vegetables. Other retailers, including Tesco and Morrisons, are also trialling plastic-free sections in their shops. However, loose items could end up costing customers more.

Ariana Densham, ocean plastics campaigner for Greenpeace UK, said the pledge by Sainsbury’s was ‘a very small step in the right direction, but nowhere near enough’.

She added: ‘It’s good common sense to get rid of plastic produce bags and bakery bags. We hope to see more measures like this from Sainsbury’s, and we urge them to eliminate unnecessary and unrecyclable plastics by 2020.’

‘Compostable’ cups end up in… landfill

Eco-friendly ‘compostable’ cups and cutlery can take years to break down and mainly end up in landfill, experts have warned.

Compostable and biodegradable food boxes, nappies, wipes, cups and cutlery are rising in popularity, amid claims they are better than plastic because they disintegrate naturally.

But on a normal garden compost heap, they can take years to disappear because the temperature and mix of micro-organisms is not right, Cheltenham Science Festival heard.

They have to be put in an industrial composter to break down quickly and there are only about 170 of these in Britain.

Professor Mark Miodownik, a materials scientist at University College London, accused the companies that make the products of ‘greenwashing’ – making people believe they are doing more to protect the environment than is the case.

After his talk at the festival, Professor Miodownik said: ‘Most people put them in the bin, where they do not look any different to regular plastic so are not separated out and end up burned or in landfill. Or they put them in with the food waste, which can contaminate the process.’