Sajid Javid has ordered all hospitals to allow family members regular visits to patients, because they play a ‘crucial role’ in their care.

Last week MPs wrote to the Health Secretary after The Mail on Sunday’s revelation that hospitals are still banning patients from having bedside visitors in ‘immoral’ Covid restrictions – with nine trusts imposing total bans on visitors for some patients.

This newspaper was inundated with stories from readers blocked from seeing loved ones after revealing that nearly half of all trusts were falling short of NHS England’s guidance for minimum visiting policies.

In response, Mr Javid has threatened to name and shame trusts that don’t ease curbs. 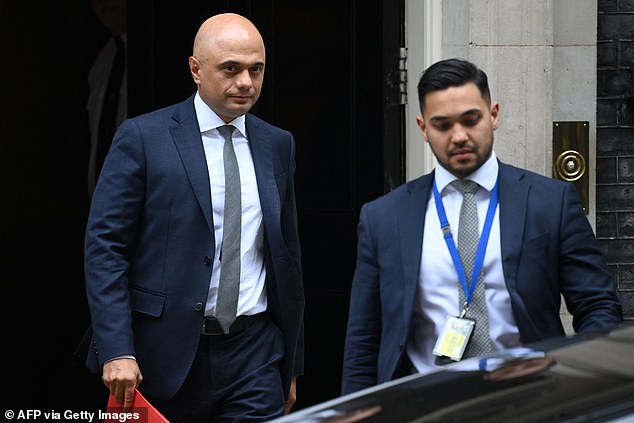 Sajid Javid has ordered all hospitals to allow family members regular visits to patients, because they play a ‘crucial role’ in their care

The Health Secretary told The Mail on Sunday: ‘Visitors can provide a lifeline for patients – we must never underestimate the positive impact of seeing the smile of a loved one or having a conversation with a friend for those receiving treatment in hospital.

‘With infections and hospitalisations falling, patients in hospital should not be deprived of the comfort and reassurance of regular visits from their families and loved ones. I urge all trusts to… ensure they are facilitating these visits, which play a crucial role in the wellbeing and care of patients.’

Last night, TV presenter and campaigner Kirstie Allsopp warned that hospitals must not be allowed to use Covid to usher in a new era of restrictive visitor policies.

Her concerns were mirrored by several Mail on Sunday readers who believed some hospital staff found it more convenient not to have family members around.

Ms Allsopp continued: ‘The fact is we know hospitals are stretched – and family are absolutely vital to people’s recovery.’ 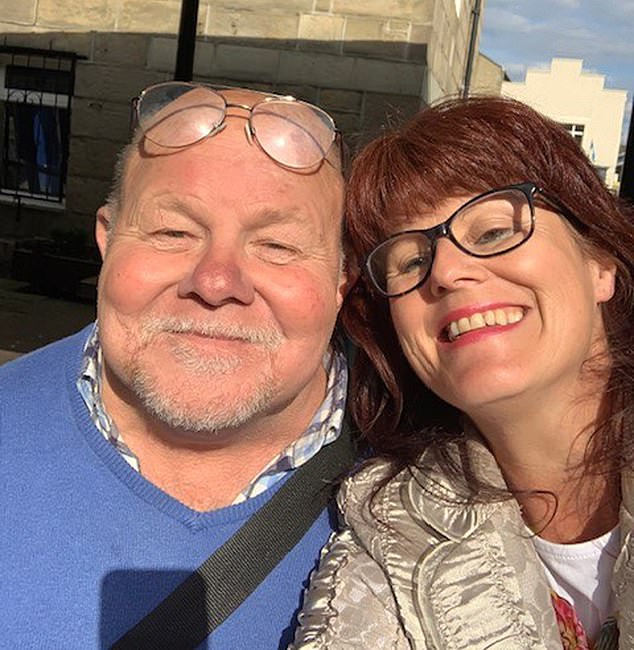 Roy Aldridge (left), 66, spent two weeks alone in St James’s University Hospital, Leeds, due to heart failure-related complications, during which he suffered delirium. His wife Sarah Knox (right), 58, a semi-retired occupational therapist who worked for the NHS, believed no visits made matters worse

The Mail on Sunday has been deluged with tales from readers.

His wife Sarah Knox, 58, a semi-retired occupational therapist who worked for the NHS, believed no visits made matters worse.

She said: ‘He had these fantasies – he’d ring me and say he was waiting for a train in the mountains of India. Sometimes he would get really distressed because he didn’t know where I was and he couldn’t understand why I wasn’t there.’

Mark Liddington, medical director for planned care, said the Leeds Teaching Hospitals Trust had maintained a ‘consistent approach to not allow any visiting on Covid wards since the first cases of Covid 19’.

He added: ‘We completely sympathise with how difficult this has been for many, but our purpose is to minimise the potential for infections and protect the safety of our patients, their friends and family and our staff.’

Julie Foster-Burnell, 65, is convinced her father Kenneth Foster would have given up and died if she had not pushed for visits after he had a critical bowel operation in autumn 2020. Thankfully, a ward sister at Musgrove Park Hospital, in Taunton, Somerset, agreed. 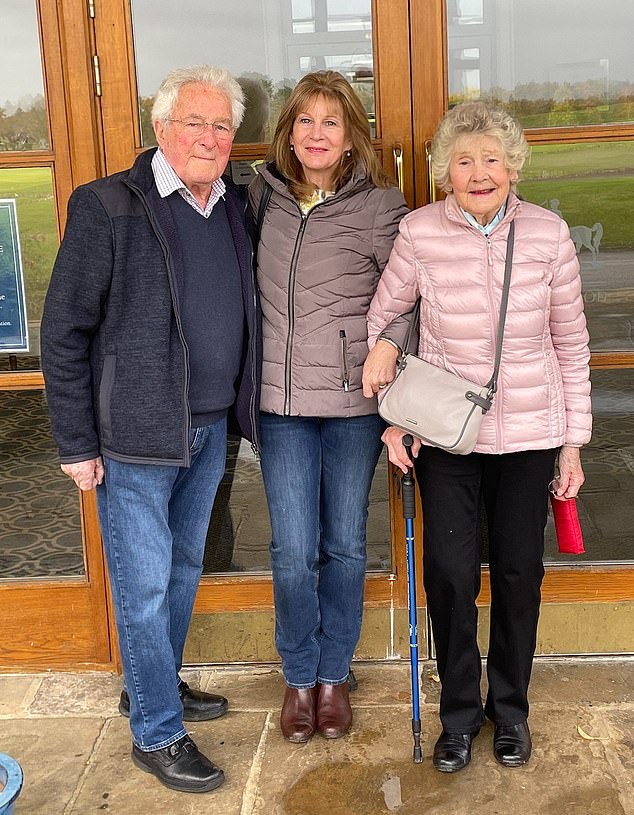 Julie Foster-Burnell (middle), 65, is convinced her father Kenneth Foster (left) would have given up and died if she had not pushed for visits after he had a critical bowel operation in autumn 2020

Julie had received a call from him a few days after surgery, telling her: ‘It’s OK, I’ve spoken to a nurse. She is going to sit with me. They are going to let me die.’

Describing her father as a ‘fighter’, she recalled: ‘I’d never known him like this. I thought to myself, “You’re not terminally ill – you’re recovering”.’

She told a ward sister: ‘My dad’s going to die if I’m not allowed to see him.’

The ward sister responded: ‘Do you think you could make a difference?’ ‘Yes,’ replied Julie. ‘Come in now then,’ the nurse said.

He had barely eaten but Julie managed to convince him he could get better, saying: ‘We can do this!’

Two days later he phoned to say he was coming home. Julie said: ‘I’ve no doubt in my mind he’d be dead if they hadn’t let me see him.’

Mr Foster made a full recovery. Now 90, he has just gone on holiday to the Lake District with his wife Isabel, 87, and Julie.

Hospital trusts with the tightest restrictions have eased their policies after the MoS exposed their ‘inhumane’ rules. All but one of the nine which were still banning visitors for most in-patients, are allowing at least one visitor a day.