Emiliano Sala’s plane ‘did NOT fall to pieces’: Ex-pilot of doomed aircraft dismisses claims that mechanical fault caused crash – as Cardiff City striker’s body will be flown home to Argentina on Friday

A pilot who used to fly the plane that was carrying Emiliano Sala has slammed claims that a mechanical failure caused the crash that killed the footballer.

Eduardo Hernandez Vidaurreta, 65, said he is ‘sure’ the aircraft did not ‘fall to pieces’ as the Cardiff City star’s body is set to be repatriated to Argentina.

The £15million Premier League signing died after the Piper PA-46 Malibu David Ibbotson was piloting crashed over the Channel, leading to an outpouring of tributes including from netball player Luiza Ungerer, who said she had a secret relationship with him.

Mr Vidaurreta flew the plane plane between 2012 and 2015 and said the aircraft was ‘marvellous’ and told Spanish paper El Pais that any problems with it would ‘surprise’ him. 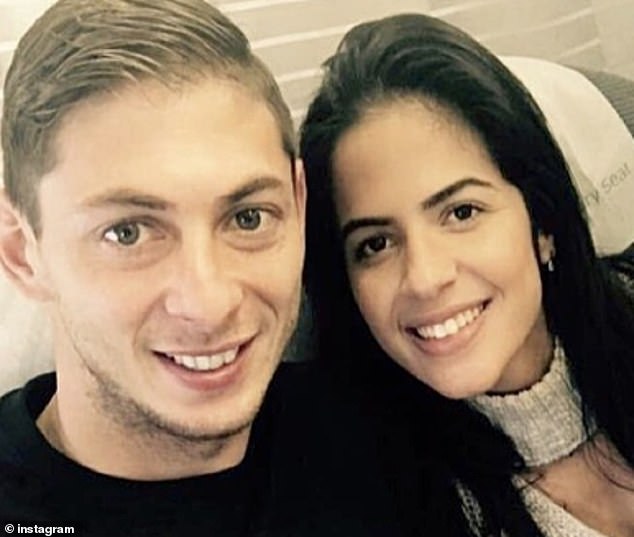 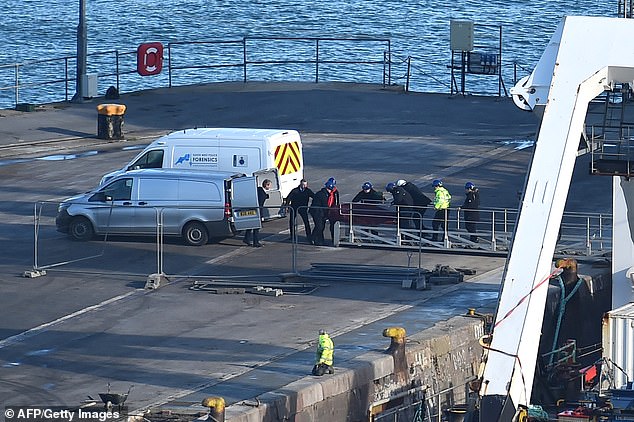 After the Cardiff City player’s body was recovered (pictured), the aircraft’s former pilot rubbished claims that his death could have been caused by mechanical failure

A commercial pilot since 1976, he said the aircraft first belonged to a Floridian aviation school.

Mr Vidaurreta flew it for 200 hours over a four-year period and said it didn’t give him any problems and believes anyone searching for a mechanical error are mistaken. ‘The plane didn’t fall to pieces, I’m sure it didn’t,’ he added.

But Sala – whose body will be flown home on Friday – sent WhatsApp messages to friends expressing fears over the plane’s safety. 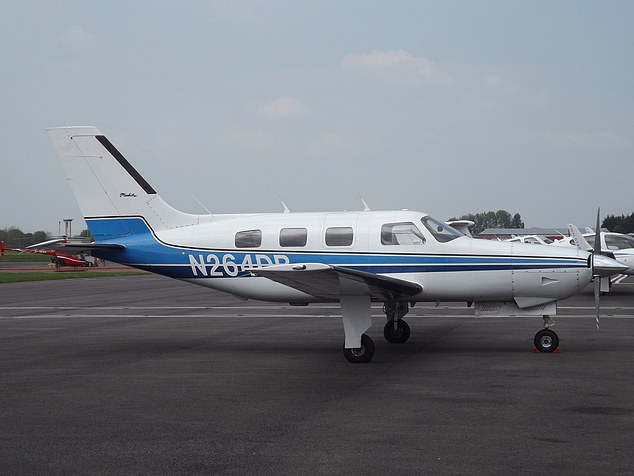 One read: ‘Boys, I’m here on top of the plane that looks like it’s about to fall apart. And I’m going to Cardiff, crazy, tomorrow we already started. In the afternoon we started to train, boys, in my new team.

‘If you do not have any more news from in an hour and a half, I don’t know if they need to send someone to find me… I am getting scared!’

Seasoned flyer Mr Vidaurreta says the plane had life jackets and emergency oxygen tanks when a British firm bought it in ‘good condition’ four years ago.

Aviation experts told The Sun that ice building up of the wings may have caused the crash.

Julio Muller, mayor of the town of Progreso in Santa Fe where Emiliano grew up, confirmed his remains would reach Ezeiza International Airport in Buenos Aires around 9am local time on Friday.

The footballer’s body will then be taken to the provincial capital by road on a six-hour journey before reaching Progreso on Friday night for the wake on Saturday at the San Martin Club gym.

Mr Muller said Emiliano’s mum Mercedes and sister Romina, who travelled to Europe after the light aircraft taking him from France to Cardiff disappeared over the Channel near Guernsey, have already rejoined his lorry driver dad Horacio in Progreso.

Referring to the footballer by his shortened name Emi he said: ‘Emi’s remains will reach Progreso, 300 miles north of Buenos Aires, late on Friday. The wake will be organised in the gym at San Martin FC.’ 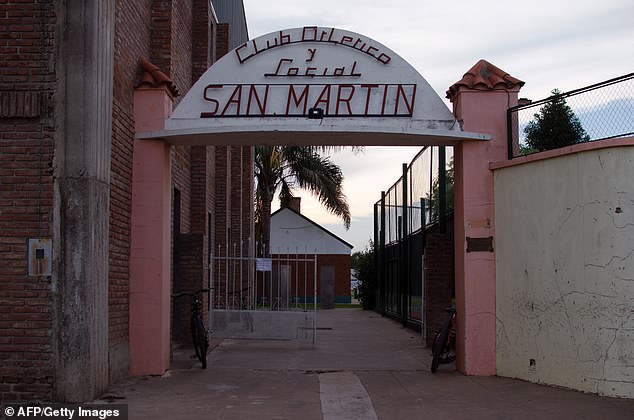 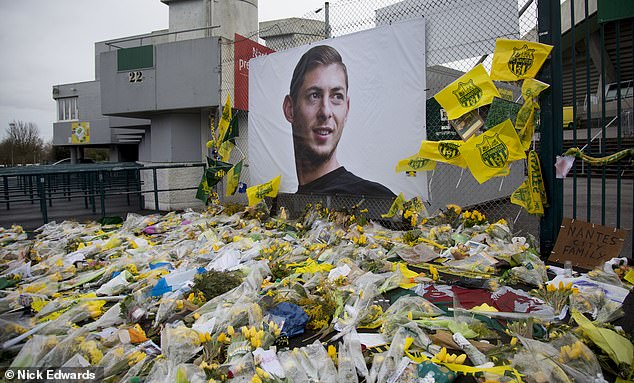 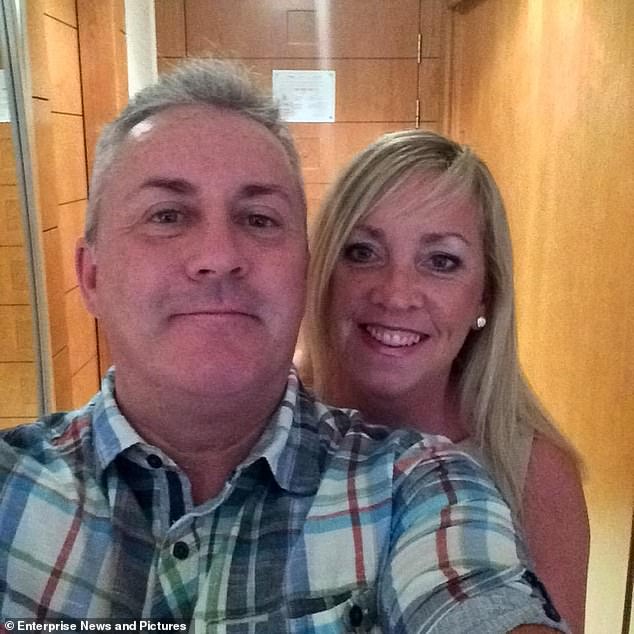 San Martin President Daniel Ribero added: ‘Emi’s body is going to reach Argentina from Europe on Friday and on Saturday we will spend several hours saying farewell to him at the club.’

It emerged earlier this week Cardiff City owner Vincent Tan had told Emiliano’s relatives he would pay for the striker to be repatriated.

An inquest at Bournemouth town hall in Dorset heard on Monday the footballer, whose body was recovered in a privately-funded search, died of head and trunk injuries when the plane he was on crashed into the Channel.

The body of the pilot of the single-engine Piper Malibu which disappeared on January 21, 59-year-old David Ibbotson, has yet to be found and his family are insisting the search must go on.

Wife Nora said earlier this week: ‘We just know we can’t leave him out there on his own until we have tried to do everything we can.’

San Martin de Progreso, where the footballer played until he was 15, has already indicated it intends changing the name of its stadium and calling it Estadio Emiliano Sala.

Timeline: How the Sala tragedy unfolded

The single-turbine engine Piper PA-46 Malibu leaves Nantes at 7.15pm for Cardiff and is flying at an altitude of 5,000ft. At 8.50pm the plane disappears from radar in the English Channel.

The French civil aviation authority confirms Argentinian footballer Emiliano Sala, 28, who had just signed for Cardiff City, was on board the light aircraft. Piloting the plane was David Ibbotson, from Crowle, near Scunthorpe.

It emerges that football agent Willie McKay arranged for the flight to take Sala to Cardiff but he says he had no involvement in selecting the plane or pilot. He also backs calls for the search to continue.

Relatives and friends of Sala arrive in Guernsey, having enlisted the help of shipwreck hunting expert David Mearns.

Sala’s family, including his mother Mercedes and sister Romina, take a chartered flight in a plane operated by Guernsey airline Aurigny over the area where the plane disappeared.

The Air Accidents Investigation Branch (AAIB) says two seat cushions found washed up earlier in the week near Surtainville on the Cotentin Peninsula are likely to have come from the plane carrying Sala and his pilot.

Wreckage of the plane is located in a fresh, privately funded search which was made possible after a fundraising campaign saw more than £260,000 donated.

A body is visible in seabed video footage of the wreckage of the plane. The AAIB says the footage was filmed using an underwater remotely operated vehicle (ROV) which was surveying the area after the plane was located.

A body seen in the wreckage of the plane is recovered. The AAIB says the body will be taken to Portland to be passed over to the Dorset coroner for examination.

The aircraft remains 67 metres underwater 21 miles off the coast of Guernsey. The AAIB says attempts to recover the aircraft wreckage were unsuccessful and, due to continued poor weather forecast, ‘the difficult decision was taken to bring the overall operation to a close’.

The Geo Ocean III search boat returns to dock in Portland, Dorset, carrying the wreckage of the Piper Malibu aircraft. Investigators wait to confirm if the body inside the wreckage is that of the pilot or the Argentinian footballer.