Video footage shows men handcuffed, lined up for deportation to Bangladesh, where they will become refugees. 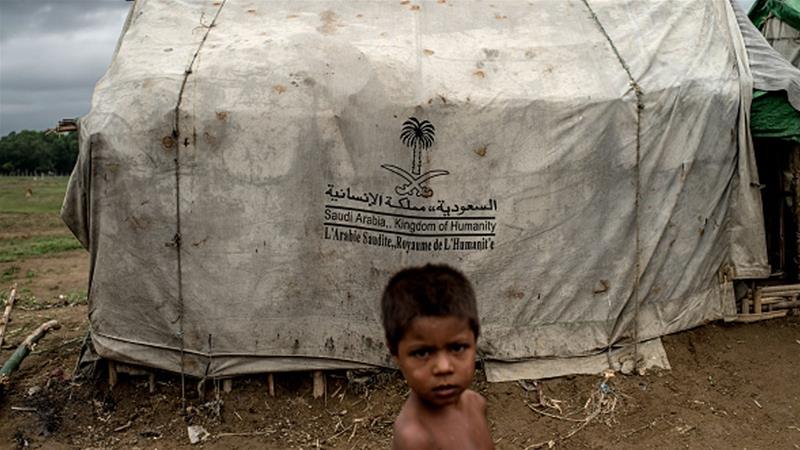 Dozens of Rohingya are being deported from Saudi Arabia to Bangladesh, despite being from neighbouring Myanmar.

In video footage sent to the Middle East Eye website on Sunday, men are seen lined up for deportation at the Shumaisi detention centre in Jeddah.

Some Rohingya were also put in handcuffs after they attempted to resist their deportation to Bangladesh, according to voice notes sent to MEE.

The Rohingya man who filmed the footage said that the men who have been locked up in a Saudi detention centre for up to six years were being deported.

“I’ve been here for the last five to six years, now they are sending me to Bangladesh. Please pray for me,” the man in the video said.

Another recording sent to MEE recounted the events that led up to Sunday’s forcible removal.

“They came to our cells in the middle of the night at 12pm [midnight] (9:00pm GMT), telling us to pack our bags and get ready for Bangladesh,” a Rohingya detainee, who wished to remain anonymous, told MEE.

“Now I am in handcuffs and being taken to a country I’m not from – I am Rohingya, not Bangladeshi.”

Many of them reportedly entered Saudi Arabia on pilgrimage visas but overstayed to work.

Some detainees locked up in Shumaisi told MEE they had lived in Saudi Arabia their whole life and had been sent to the detention centre after Saudi police found them with no papers.

‘No one is ready to help’

Nay San Lwin, a Rohingya activist told to Al Jazeera from Frankfurt, Germany, that most of the Rohingya entered Saudi Arabia in 2012 following violence breaking out in Rakhine state, searching for a better life.

Since then they have been supporting their families held in refugee camps in Bangladesh. When they land in Dhaka, they will become refugees and transported to refugee camps in Cox’s Bazaar.

Nay San explained that upon entering Saudi Arabia, their fingerprints had been registered as “Indian, Pakistani, Bangladeshi, Nepalese” as the Rohingya identity isn’t accepted.

“According to Saudi law, since they are registered as a different nationality, we can’t do anything in terms of legal help,” Nay San said.

“Saudi brought four embassy officials to the detention centre. Three embassies refused [to accept them]; Bangladesh was the only one to accept them.”

Muslim-majority Rohingya from Myanmar are described as the most persecuted minority in the world.

Nearly ome million Rohingya were forced to take shelter in Bangladesh after Myanmar’s army, responding to attacks by an armed group, launched a brutal campaign against the minority in the country’s western Rakhine state in 2017.

The Rohingya have faced persecution in Myanmar for decades. The military government, which took power following a coup in 1962, stripped the Rohingya of citizenship in 1982.

Since 2012, following deadly riots between Rakhine Buddhists and Rohingya, tens of thousands of people from the minority have been forced to live in squalid internment camps.

“They have been in an open-air prison for decades,” Nay San said. “The genocide is ongoing there. No one can have a Myanmar passport to travel outside of Myanmar.

“They are not even allowed to travel from one town to another in Rakhine state. These people who are now being deported … managed to get in with different passports through smugglers.”

Nay San said that human rights activists have been appealing to Saudi authorities for the past two years and that he has approached Saudi officials, diplomats, but “no one is ready to help”.

Activists are approaching the European government to appeal to the Saudi authorities, he said. 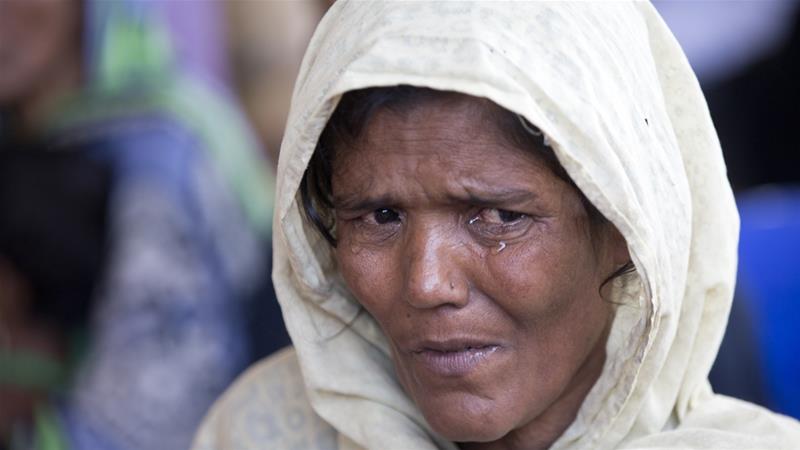